The 2021 season began with the trusted partnership of Walker Zimmerman and Dave Romney anchoring the center of Nashville SC’s defense. But a midseason switch of formation to a three center back shape led to the emergence of Jack Maher.

In the position review series, I decided to separate out the center backs from the other defenders to focus on each a little bit more. While Alistair Johnston and Eric Miller both saw action as right-sided center backs in Nashville’s back three, I will cover them in the fullback / wingback review. Their versatility is certainly a major benefit for Gary Smith, even if it makes my job of cleanly classifying each player a bit more difficult.

A review of Nashville’s center backs must begin and end with Walker Zimmerman. The rock upon which this team’s identity is built delivered another MLS Best XI and MLS Defender of the Year season.

With Zimmerman, it is not just the media narrative carrying him to these accolades. Zimmerman’s underlying numbers back up his case as the league’s best defender. According to American Soccer Analysis, Zimmerman finished first among all center backs in Goals Added (g+) per 96 minutes. That number is buoyed, in part, by Zimmerman’s goal threat as an offensive aerial weapon. But, Zimmerman also finished ninth in g+ for Interrupting actions among qualifying center backs.

The most impressive part of Zimmerman’s 2021 season is that despite finishing as the MLS Defender of the Year in 2020, he still managed to level up his overall game. It is no secret that US Men’s National Team coach Gregg Berhalter wants center backs that can play line-breaking passes to spur the attack. Zimmerman made a concerted effort in 2021 to display his passing ability for both club and country. Zimmerman’s Pass Score (number of passes completed over expected) lept from 0.36 per 100 passes to 1.24 per 100 passes. Zimmerman did this while adding verticality to his passing. His average completed pass traveled an additional 1.72 yards in 2021.

Zimmerman is a Premier League level defender who is luckily in Nashville rather than somewhere like Norwich or Newcastle. The 28-year-old center back could certainly still make a jump to Europe if he wanted. There would be no shortage of clubs that could use a defender like him. But with only one year away from the World Cup and currently holding down a starting position in Berhalter’s preferred starting XI, Zimmerman probably won’t rock the boat with a transfer on the eve of a crowning moment in any soccer player’s career.

Nashville’s quiet star in the backline, Dave Romney over-delivered once again for Nashville SC in 2021. While Walker Zimmerman collects the awards and media praise, Romney is just as much of a contributor to Nashville’s defensive prowess. He led the team in blocked passes, shots blocked, and clearances. He positions himself in the right place at the right time.

Romney rarely takes a wrong step or compounds them with costly mistakes. Romney did not receive a yellow card and committed only eight fouls all year. Let that marinate.

Despite playing every minute of Nashville’s season up until Decision Day, Romney was never cautioned. There are only five other outfield players north of 2,000 minutes that were not shown a yellow card. Among pure center backs, the next closest was Eddie Segura (LAFC). Segura played 1,686 fewer minutes than Romney, the equivalent of 17.5 games. Romney’s ability to defend without giving away fouls is an attribute that absolutely deserves greater recognition.

While he will never receive the media attention showered on his center back partner, Romney’s continued importance and value to Nashville cannot be understated. As only the 115th highest-paid defensive player in MLS, Romney ($225,000) was, once again in 2021, one of the league’s best overall values.

Jack Maher broke through in 2021. Originally slated for a season-long loan with San Diego Loyal, Maher was recalled after starting just five games for the USL Championship side.

Maher, perhaps more than anyone, benefitted from Nashville’s midseason change in formation that added a third center back. After returning from his brief loan spell, Maher quickly became a first-choice selection primarily as the right-sided center back in Nashville’s back three.

Maher proved he at least belongs at the MLS level molding himself into a similar player as Dave Romney. Like Nashville’s veteran on the opposite side of Zimmerman, Maher often made the right movements to position himself to shut down opposing attacks without drawing fouls or cautions. Maher was booked only once all season.

Like the rest of Nashville’s backline, Maher is a capable passer having finished the season with 1.43 completed passes over expected – a rate slightly ahead of Zimmerman. However, Maher is more conservative with his passing, which is to be expected of such a young player in the back. Overall, Maher’s Goals Added (g+) ranks in the bottom third percentile of qualifying MLS center backs on a per 96 minute basis. But I expect that number to improve with more match experience against professionals.

It should not come too much of a surprise given his slender frame, but Jack Maher needs to add strength this offseason. According to FBref, Maher’s aerial duel win rate of 44.8% is the lowest among all qualifying center backs in MLS. Hopefully someone starts sneaking in a couple extra scoops of protein powder into his milk. Filling out his frame will help Maher reach his potential in 2022. 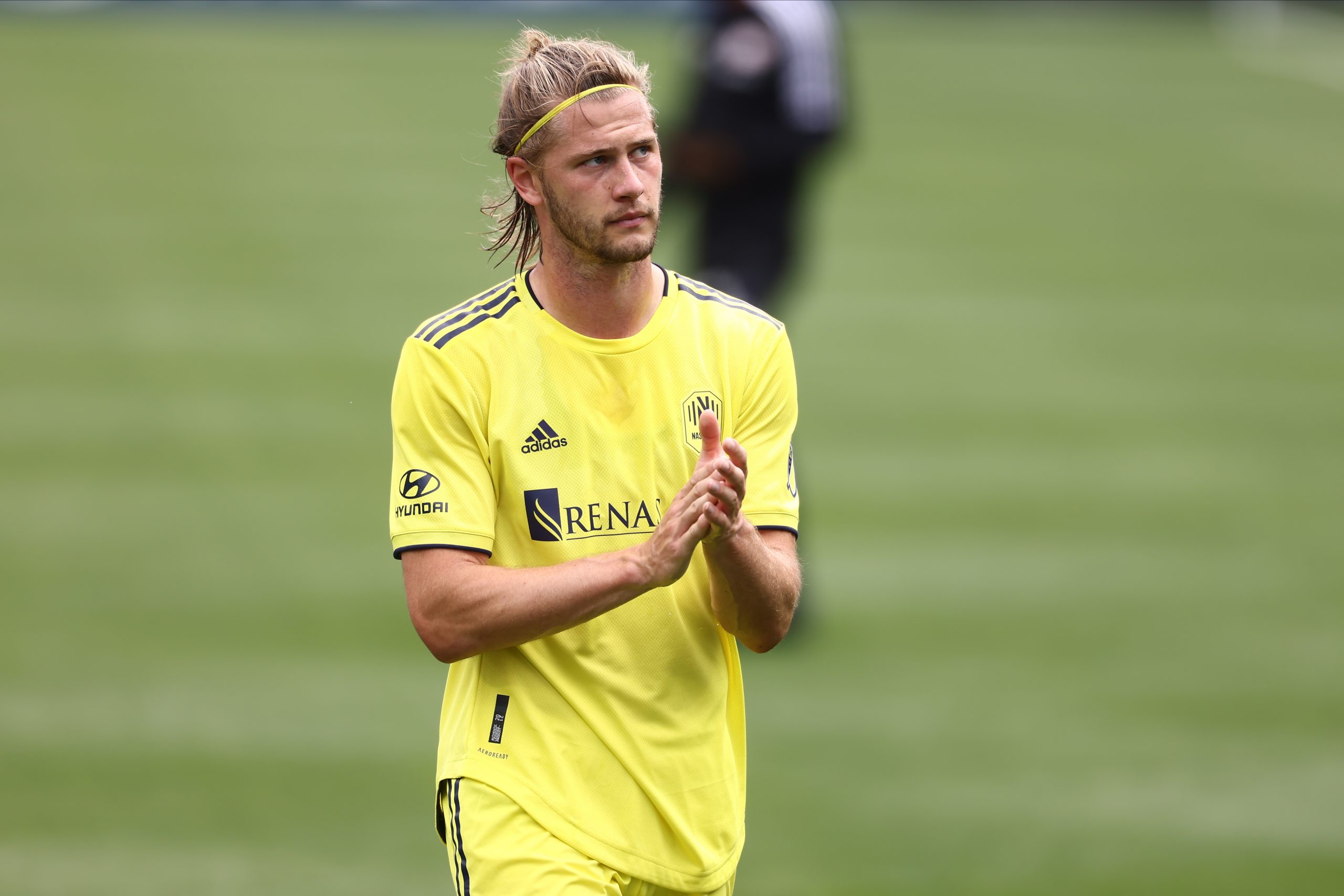 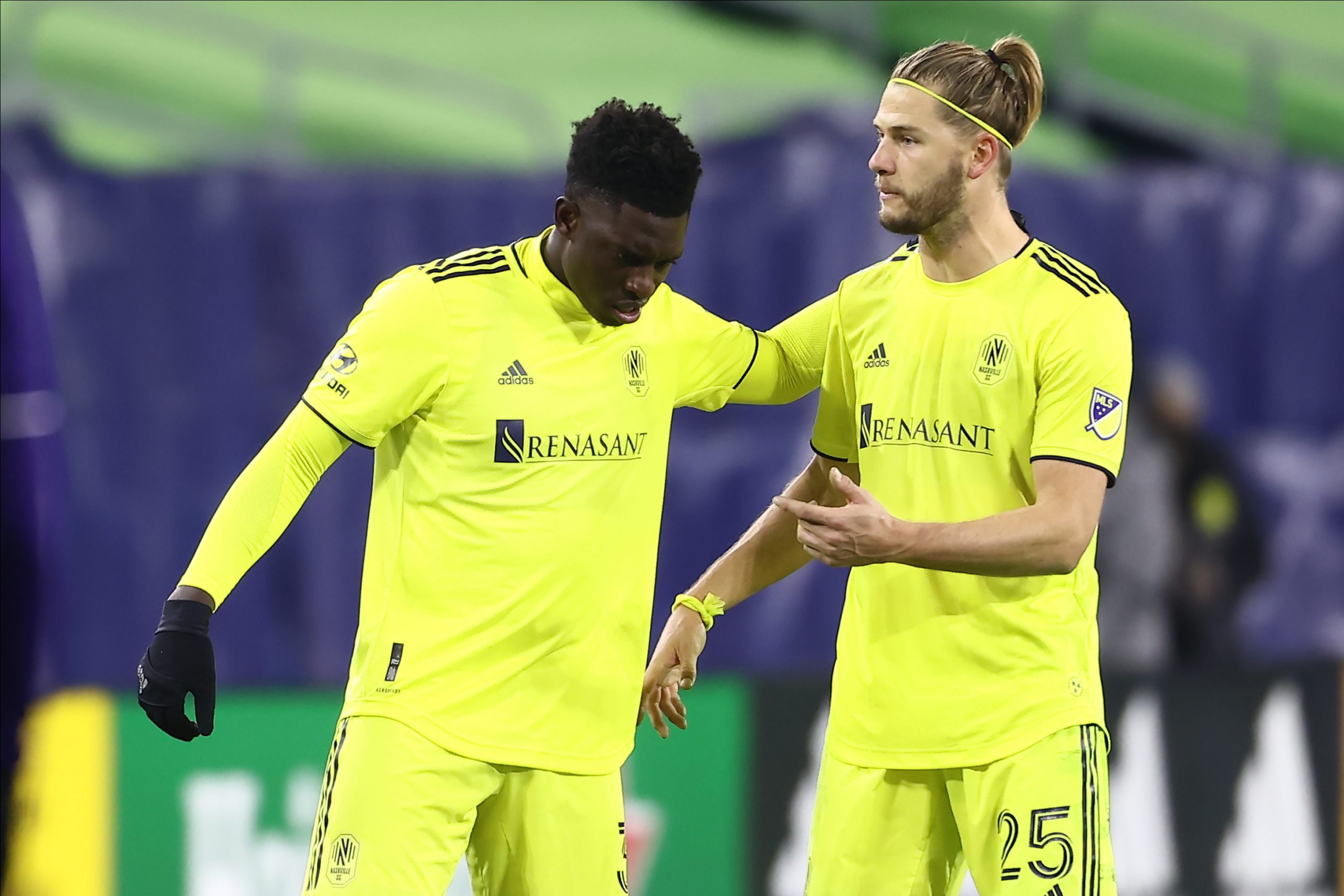 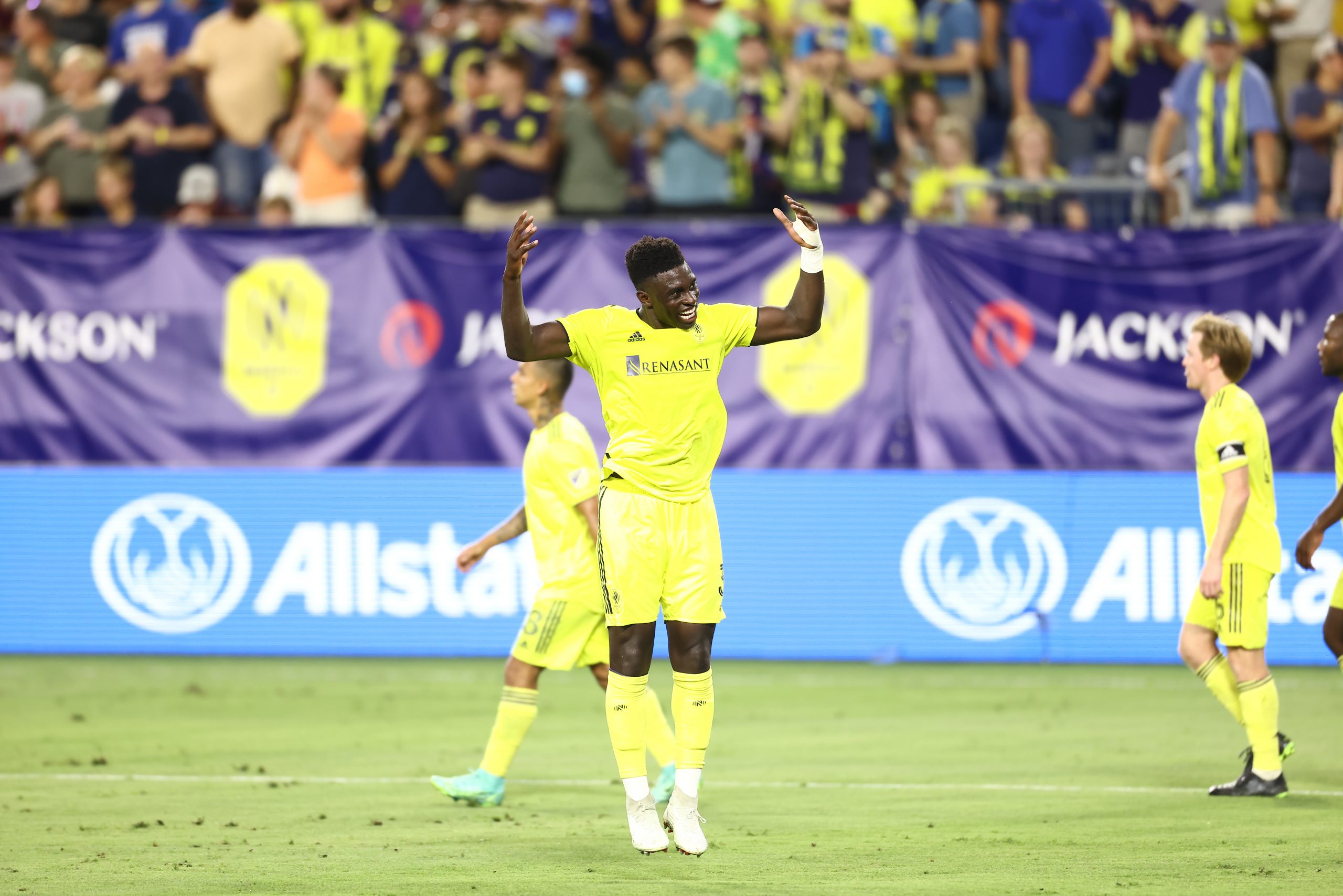 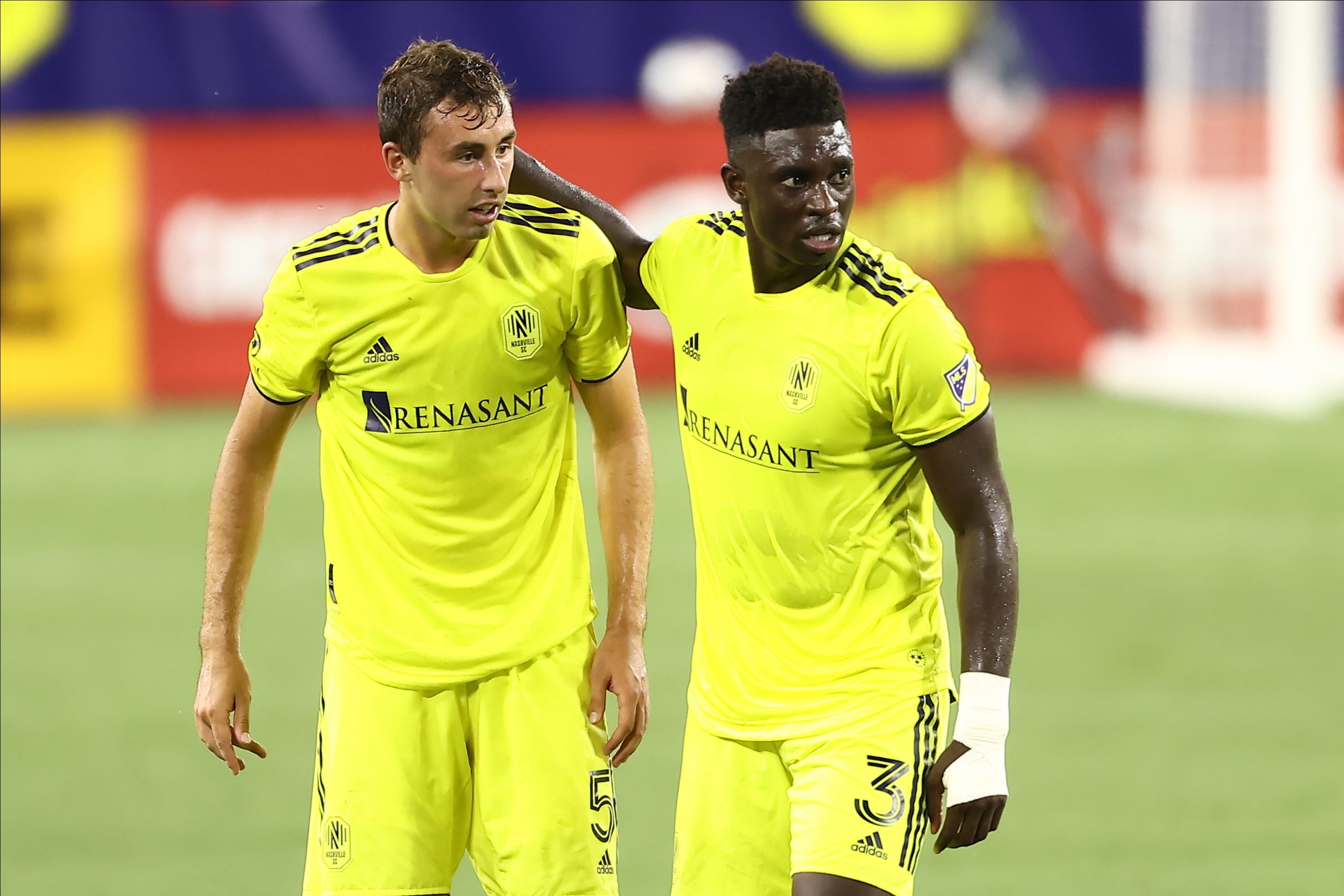 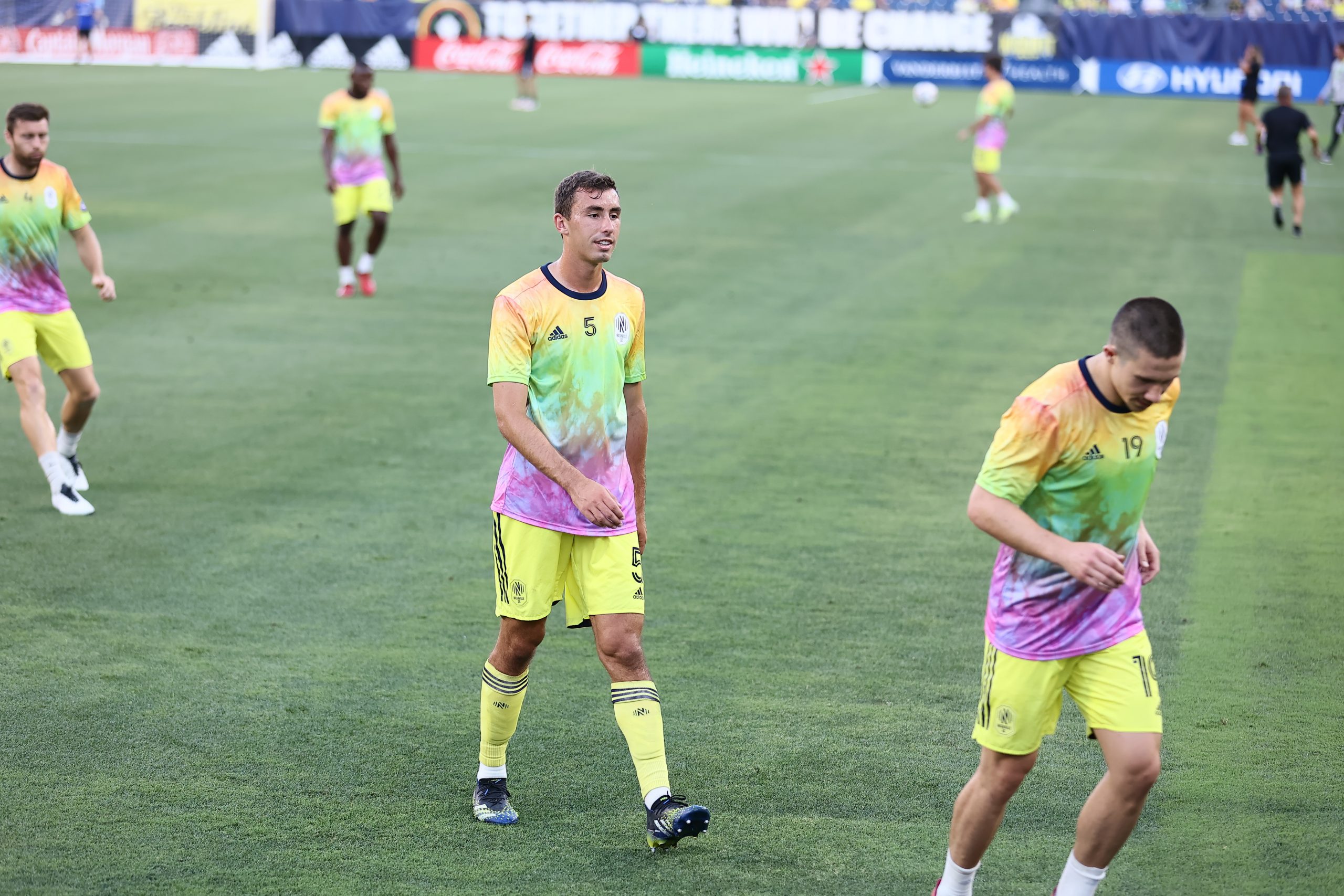 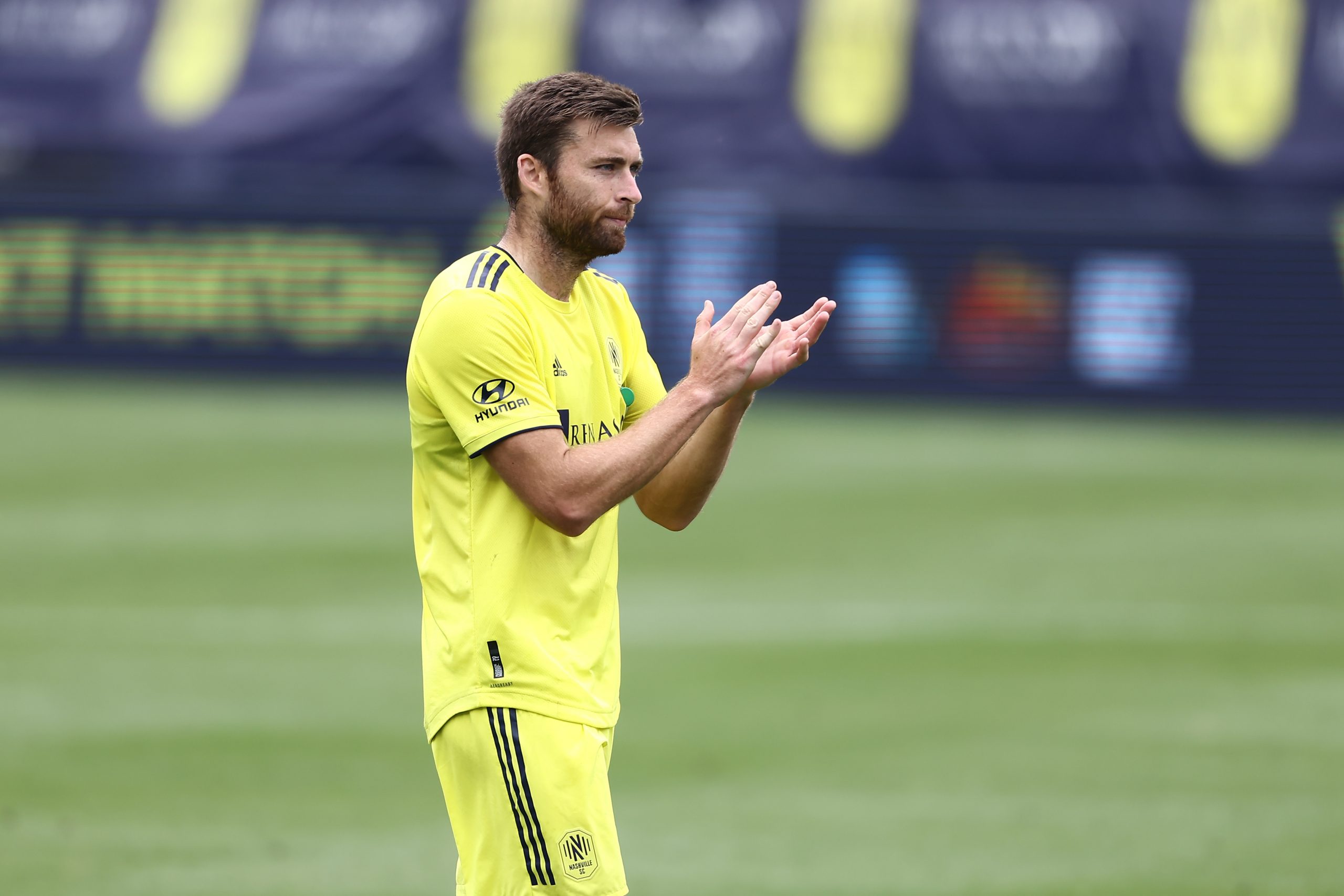 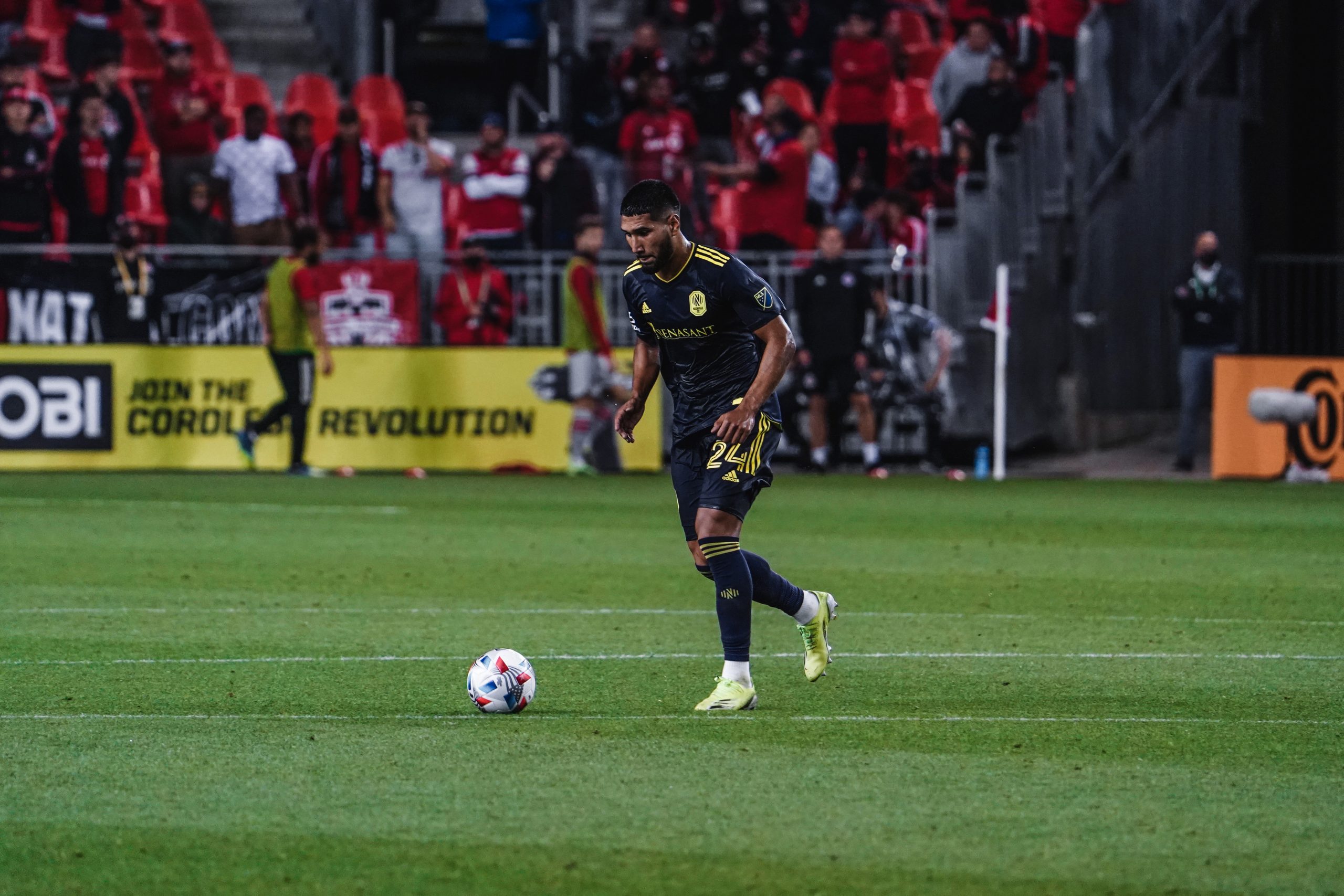 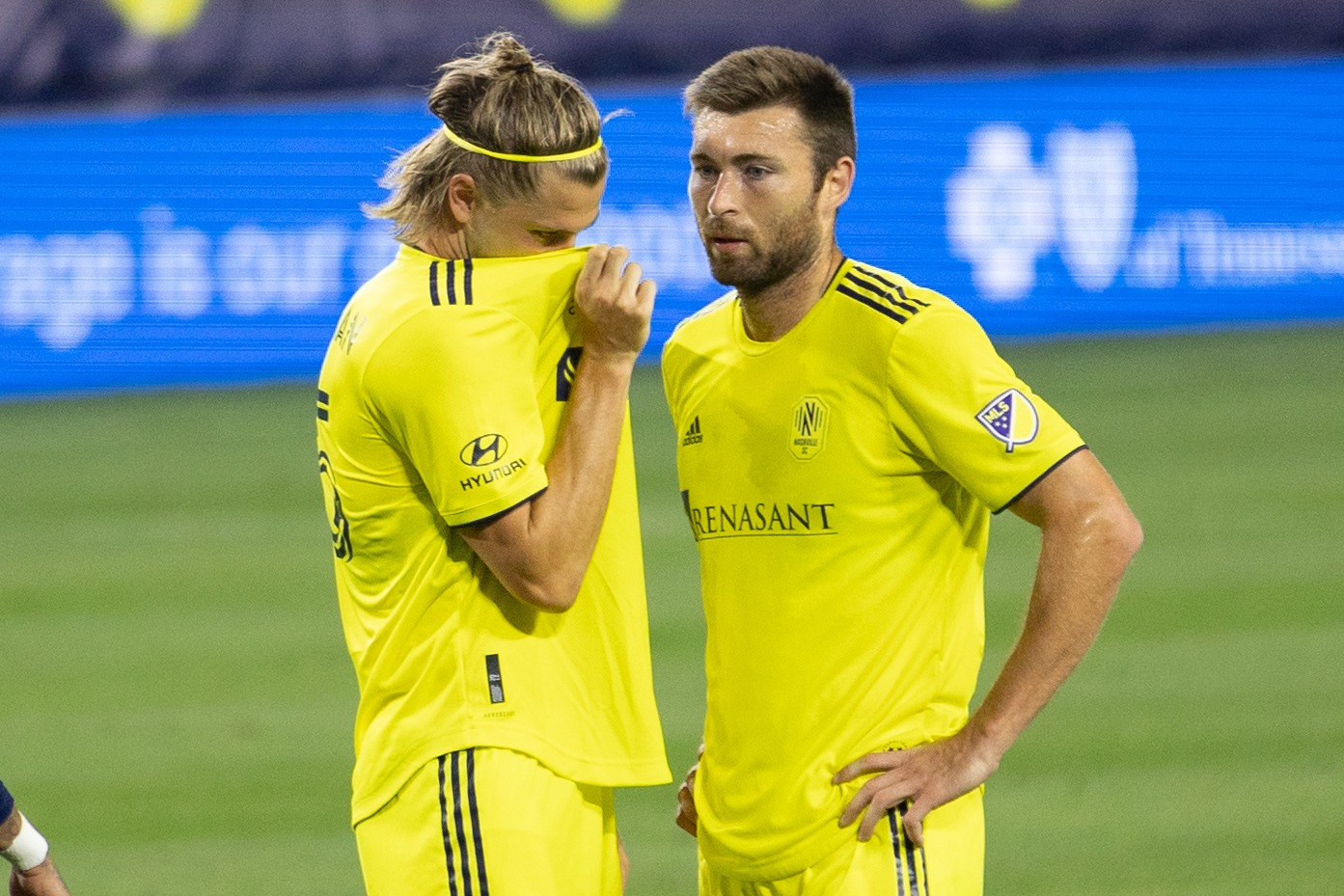 Jalil Anibaba made seven starts for Nashville in 2021 with those minutes largely coming while Walker Zimmerman was away on national team duty and recovering from a hamstring injury picked up in the Gold Cup.

When on the pitch, Anibaba wins a high number of his aerial duels (68.8%) and provides reliable passing ability (2.38 completed passes over expected per 100). However, ASA’s Goals Added (g+) ranks Anibaba 18th lowest among MLS center backs.

While Anibaba contributes an outsized amount of blocked shots (97th percentile) and clearances  (89th percentile), he provides very little output in actions that win possession back for Nashville as measured by interceptions and ball recoveries for which he is in the bottom 1st percentile of all qualifying center backs.

Anibaba, 33, appears to be in good shape and physically capable of playing several more seasons before hanging up the boots. Anibaba will enter free agency this offseason. While I think Nashville will attempt to keep Anibaba in blue and gold, it would not surprise me to see him first test the waters for more playing time or more money.

Robert Castellanos started and played in just one match this season, but boy did he pack a full season worth of action into just 90 minutes. With COVID restrictions and match fitness affecting Nashville’s backline, Castellanos’ MLS debut came on August 1st away to Toronto. He shared early blame for an Omar Gonzalez set piece goal. But Castellanos made up for the mistake with a headed goal of his own before the break. In defense, he was lively throughout the match intercepting passes, clearing balls out of the defensive third, and dominating in the air.

In 2020 while with Rio Grande Valley FC, Castellanos finished seventh among USL Championship center backs in Goals Added (g+) largely based on his strength and aerial threat. If his Instagram stories are anything to go by, Castellanos is a gym rat always getting in an extra lift. Maybe he can invite Maher to join him this winter?

It would not shock me if we saw more of Alistair Johnston occupying the right-sided center back role in 2022. It is a position that he has excelled in for the Canadian National Team. Johnston positions himself well and has been up-to-the-task against the best strikers Concacaf has to offer.

Regardless of where Johnston plays, Nashville’s center back group is well positioned to be a core strength of the team heading into 2022.