This post is going to change moving forward. For 14 games, I’ve focused on this defense with a film review of each game. There will continue to be a mention of the defense for the remainder of the season. Likely even some defensive highlights (or lowlights). However, the traditional reviews of 3rd down defense, and game specific film review is over. I’d say it was fun while it lasted, but this defense is the ultimate eraser of joy. Studying it week in and week out is poisonous.

So, instead, I’ll kind of bounce around. We’ll be looking at some things that interest me for future matchups, things that jump out at me from the past defensive performance, and whatever else manages to find its way into my scattered brain. My hope is that this translates to a better experience for you, the readers. With that said, this is a community. Our goal is to write what you want to read. Hate it? Tell me. Love it? Tell me. Think of these posts as a stepping off point for discussion both for what’s in this post and other thoughts that come into your head.

With all that out of the way, we’re going to dig into the Green Bay offense and how they were shut down against Tampa Bay. I’ll spoil it some. It’s not easy. This offense is a juggernaut, and Aaron Rodgers might be playing the best football of his career. In many ways, the Titans get a dose of their own medicine. Green Bay runs the same offensive structure as the Titans (as one might suspect given that the Titans previous offensive coordinator – Matt LaFleur – is their head coach). They are organized around outside zone, and do a ton of damage off of play action. Beyond this, they are masterful in how they space their route concepts; truly forcing the defense to cover all of the field. As the defense game plans against this opponent, they would be wise to accept their limitations. Trying to shut down this offense is a fools errand. The end goal has to involve tradeoffs. Though, if there were a staff that had delusions of grandeur, they would likely make comments like this:

That said, I’ll give my thoughts on what I’ve seen from Green Bay, and the strategy it will take to slow down this offense.

Rodgers Has To Be Pressured

I know, I know. This feels damn near impossible, but it has to be tried. Organic pressure is broken. It has been all year. Unless there’s a Herculean effort by the secondary to cover receivers for six-plus seconds, this front four isn’t getting home. If there were ever a game for Jeffery Simmons to wake up, this is it. He looked better against Detroit, but still not his old self.

Against Green Bay, Tampa Bay did a great job with both traditional pressure, and schemed pressure. We can see a version of this schemed, five-man zone pressure below. 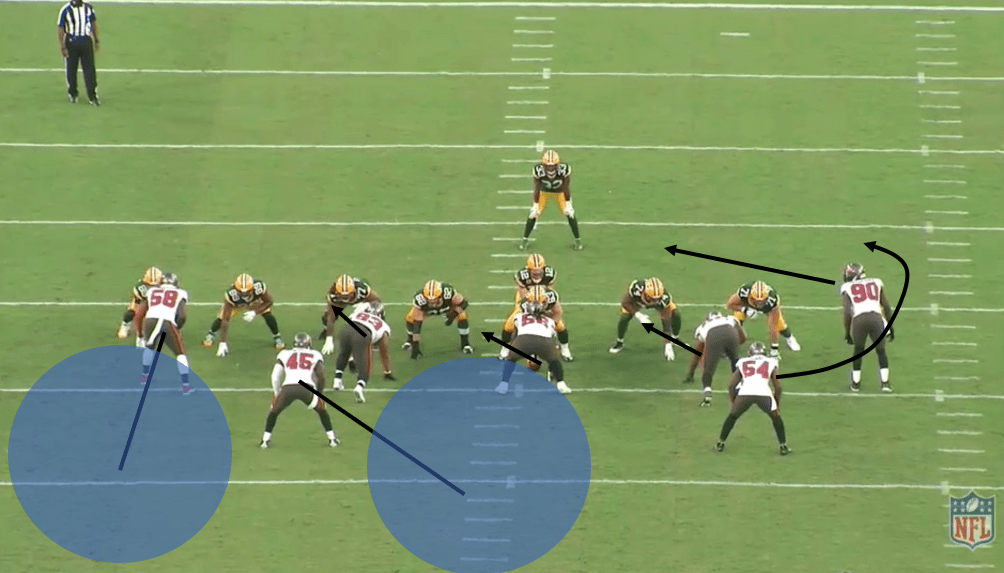 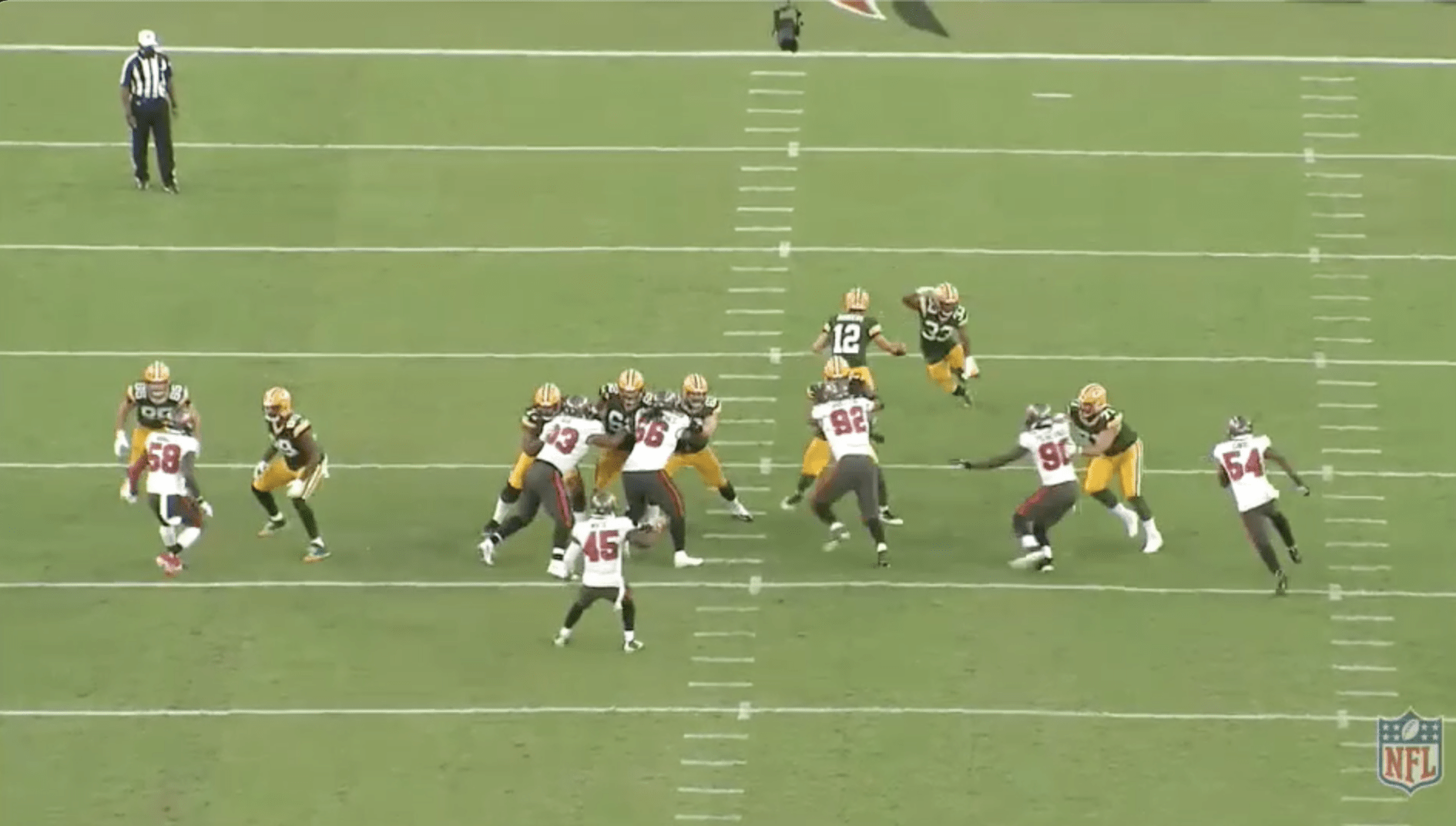 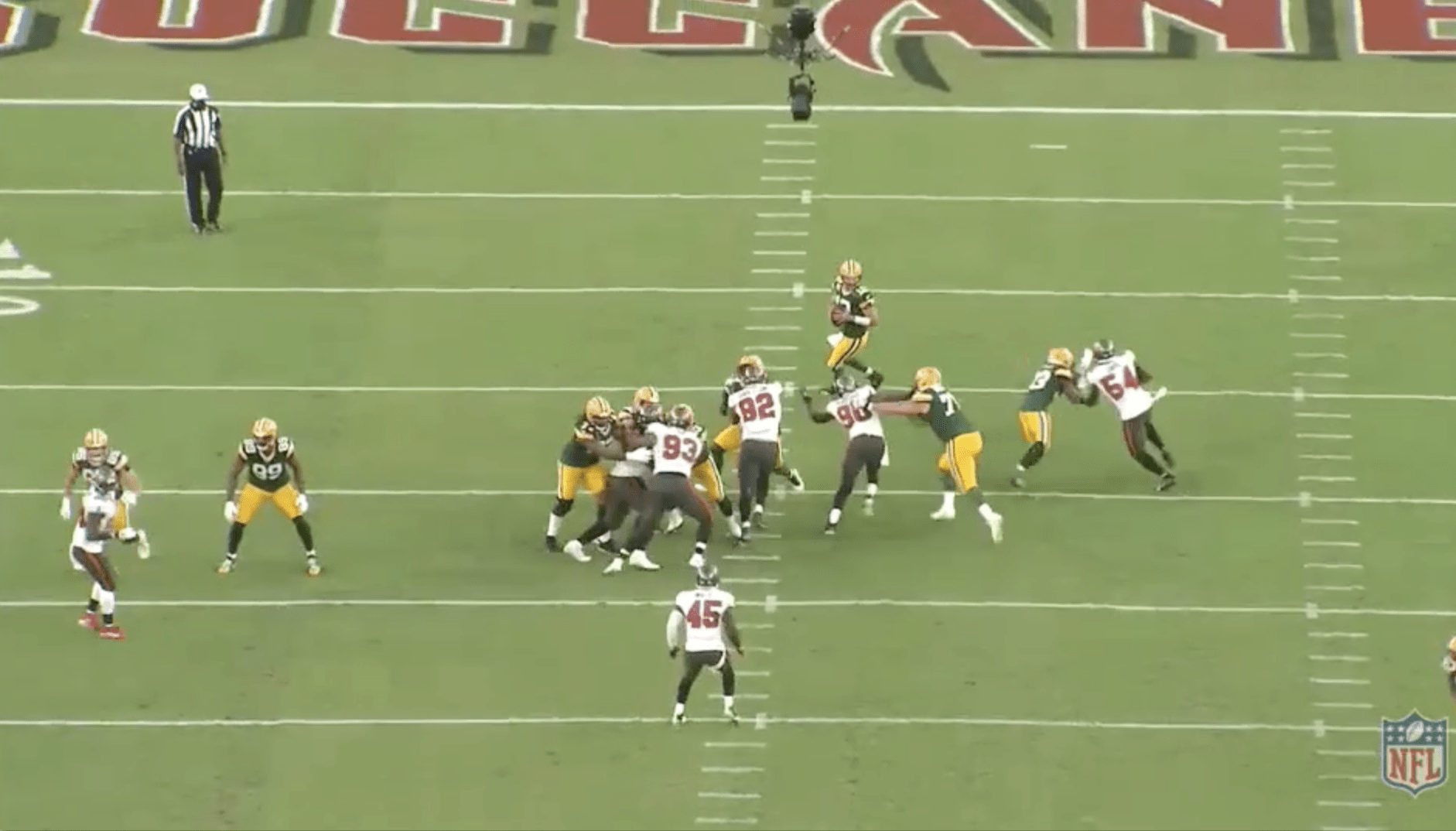 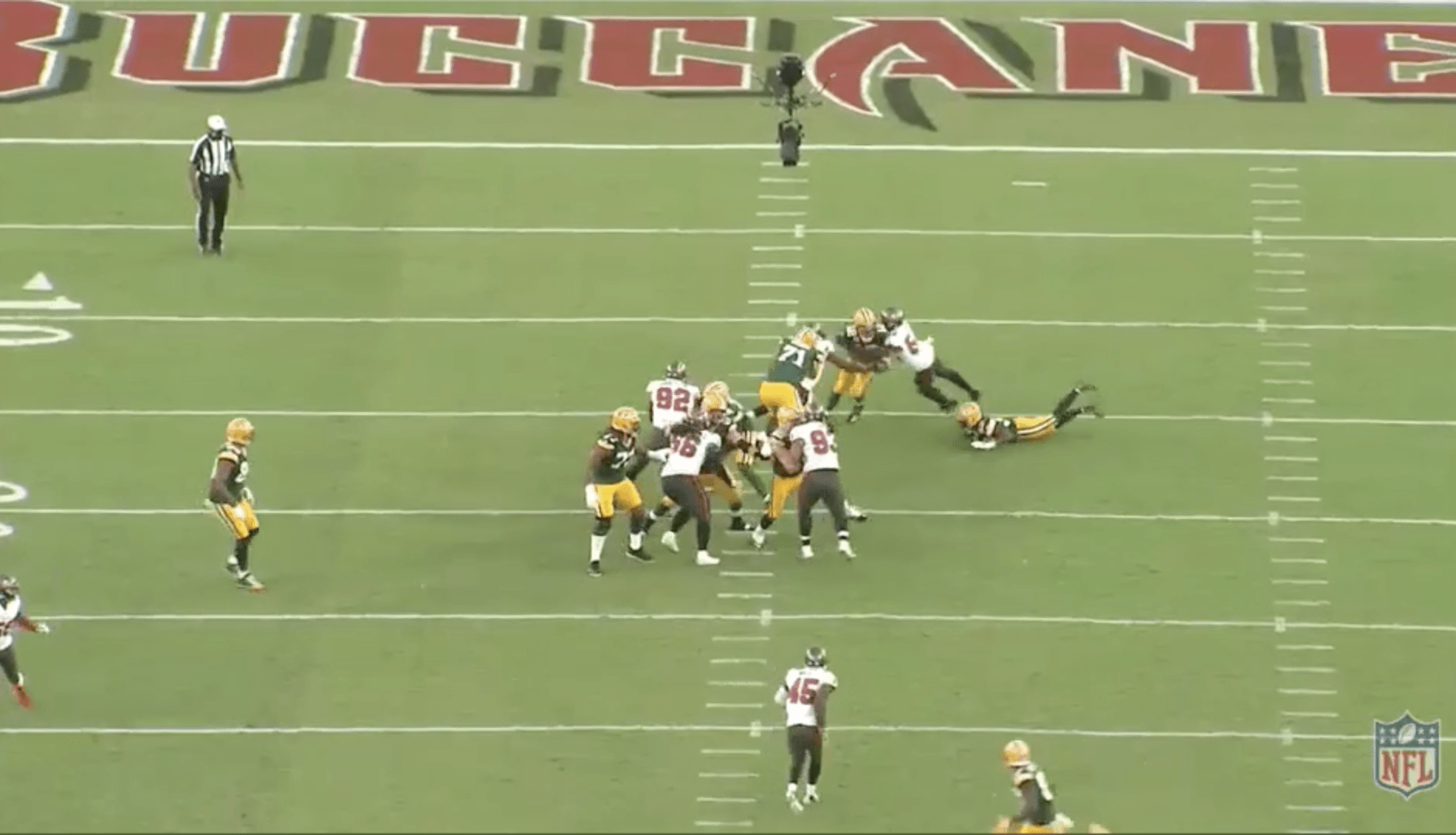 I know we’re not going to get the type of play that JPP provides, but this team has shown the ability to generate schemed pressure like the play below. 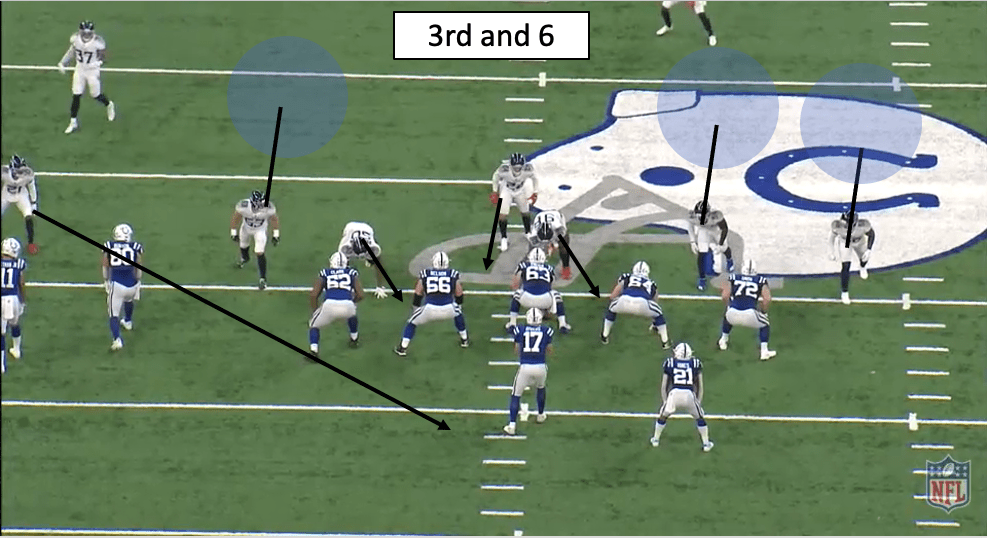 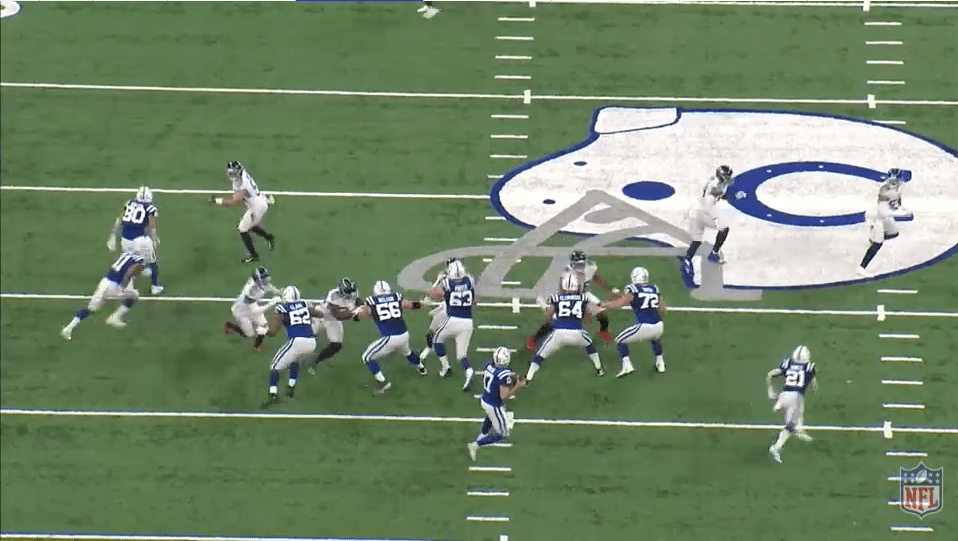 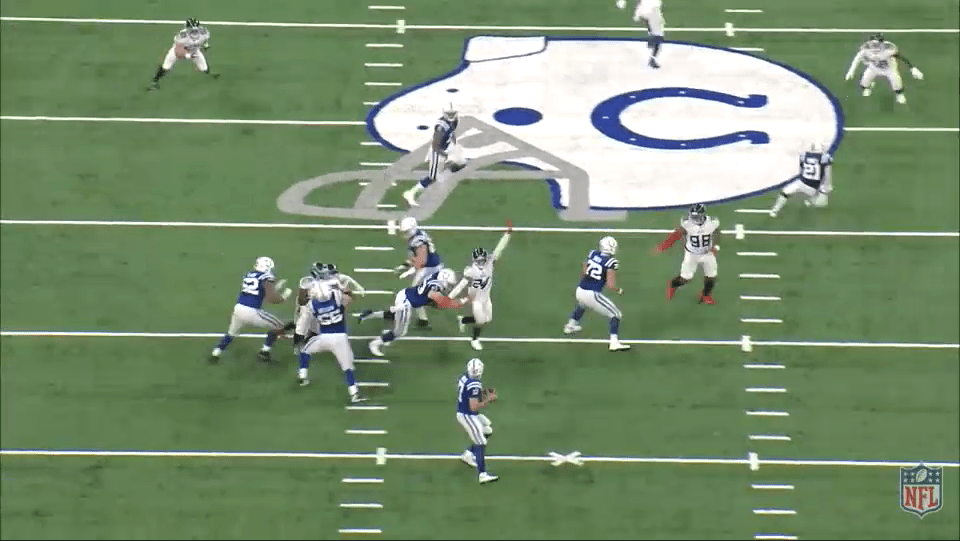 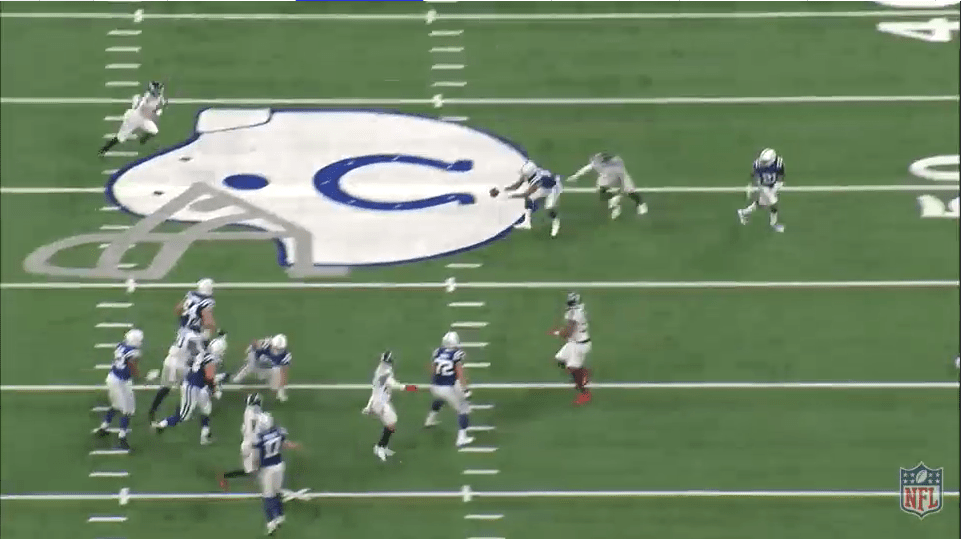 We can see this in the zone pressure generated from Vaccaro above in the second matchup against the Colts (arguably the defense’s best performance of the year).