The Titans get a true litmus test on Sunday in primetime. We should learn a lot from this contest. I expect the offense to perform like they always do. However, if this team is to take the next step to be one of the best in the NFL, they’ll need help from the defense and special teams. The game is by no means a crystal ball into the remainder of the Titans season, but it should give fans a very good feel of where the Titans stand among the NFL elite.

I wrote the above to wrap up last week’s post. Certainly, I missed the mark about the offense, who mustered their lowest points scored of the season. A bad performance, yes. Also, one that’s easier to give a pass to due to weather, given how productive they’ve been all year. This doesn’t excuse them. It’s just to say – I don’t think this is a fair reflection of the offense given their body of work.

The defense, on the other hand, reinforced exactly what we thought they were. Awful against the run. Average in pass coverage. And, historically bad rushing the passer.

Perhaps the most frustrating part about this is not just what happened, but the way it happened. As I wrote last week:

There’s a third section here that would help, and that’s fitting the run. However, this defense stopping the run AND limiting Rodgers may be nice to daydream about, but well-adjusted adults know those types of things cannot happen in reality. If these linebackers are on a hair trigger to get downhill, they will get play-actioned to death. They have enough trouble in zone coverage as it is without run-pass conflict. Accepting that issue for this game, and taking lumps of 5-7 yards, is far better than allowing large chunk plays over the middle. Almost the Bill Belichick plan for stopping the Titans in last year’s playoffs, which sort-of worked in terms of limiting the Titans explosives, and the Packers don’t have Derrick Henry (though Aaron Jones is very good).

Well, it turns out this staff is just delusional enough to think they could shut down the Green Bay offense. It was as if the rest of the season never happened. The team sold out against the run. And, I know you’re not going to believe this, but it didn’t work.

In the most basic sense, playing single high means you’re loading the box with one extra defender (usually a safety). This data point alone gives a good lens into the strategy employed by this defensive staff. They overwhelmingly played single high snaps in the first half, which resulted in this:

So, of course, the staff decided – yeah, I want some more of that in the second half, and continued with the strategy. Not only was it a garbage game plan to begin with, but the unwillingness to change screams incompetence, or – even worse – delusional behavior. The latter isn’t totally uncommon among coaches. In 2015 on an Arizona radio show, Delanie Walker remarked that Whisenhunt told the team, “We’re going to keep preparing the way we’re going to prepare. I’m not going to change anything. My stuff works. I’m not going to change it.” To be clear, the intention here is not to compare Whisenhunt to Vrabel. Still, the lack of change – and awareness – with this defense reeks of coaching failure.

Circling back to the original point about playing single high safety. What exactly did that get the team? Sometimes really good things: 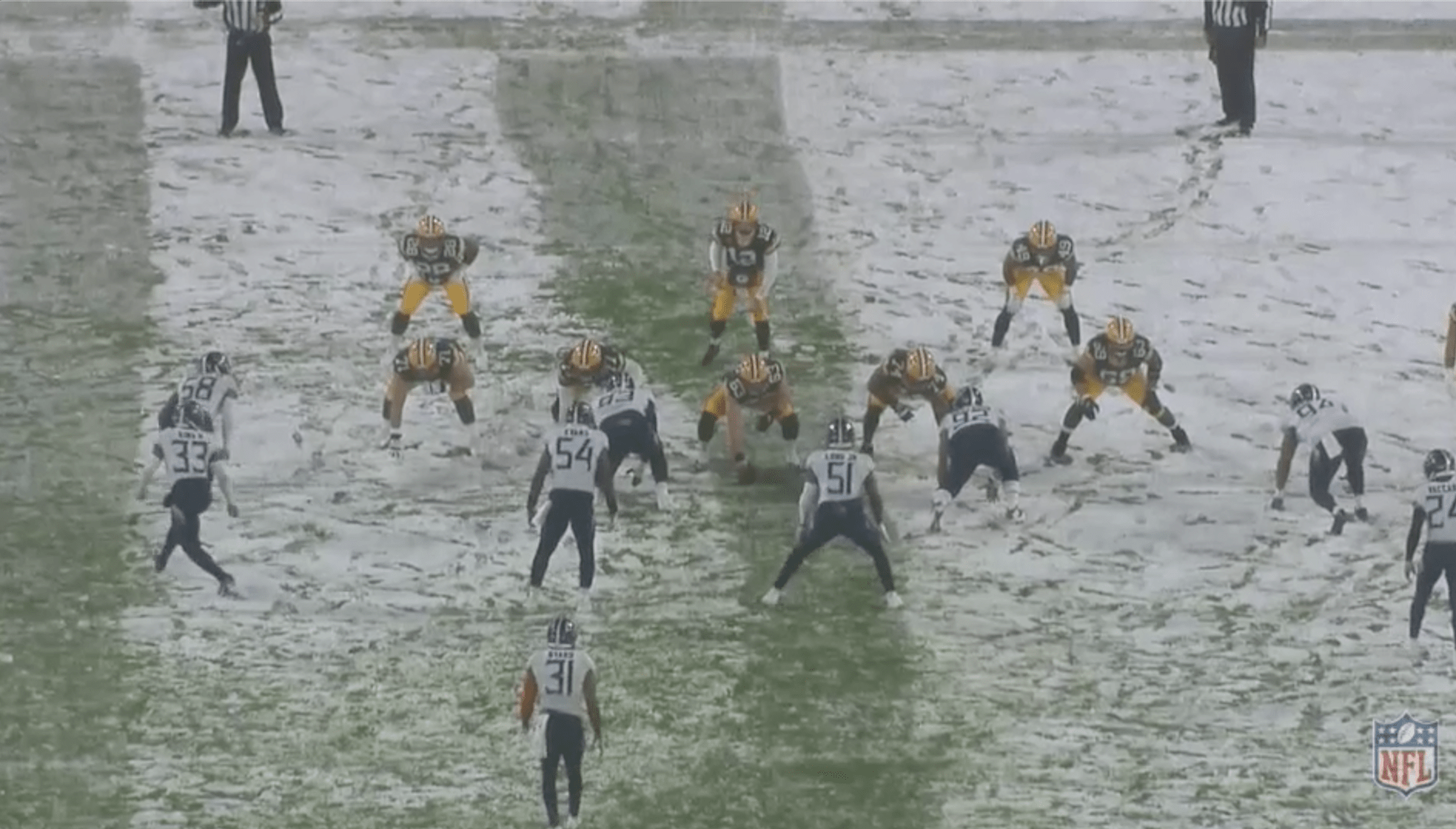 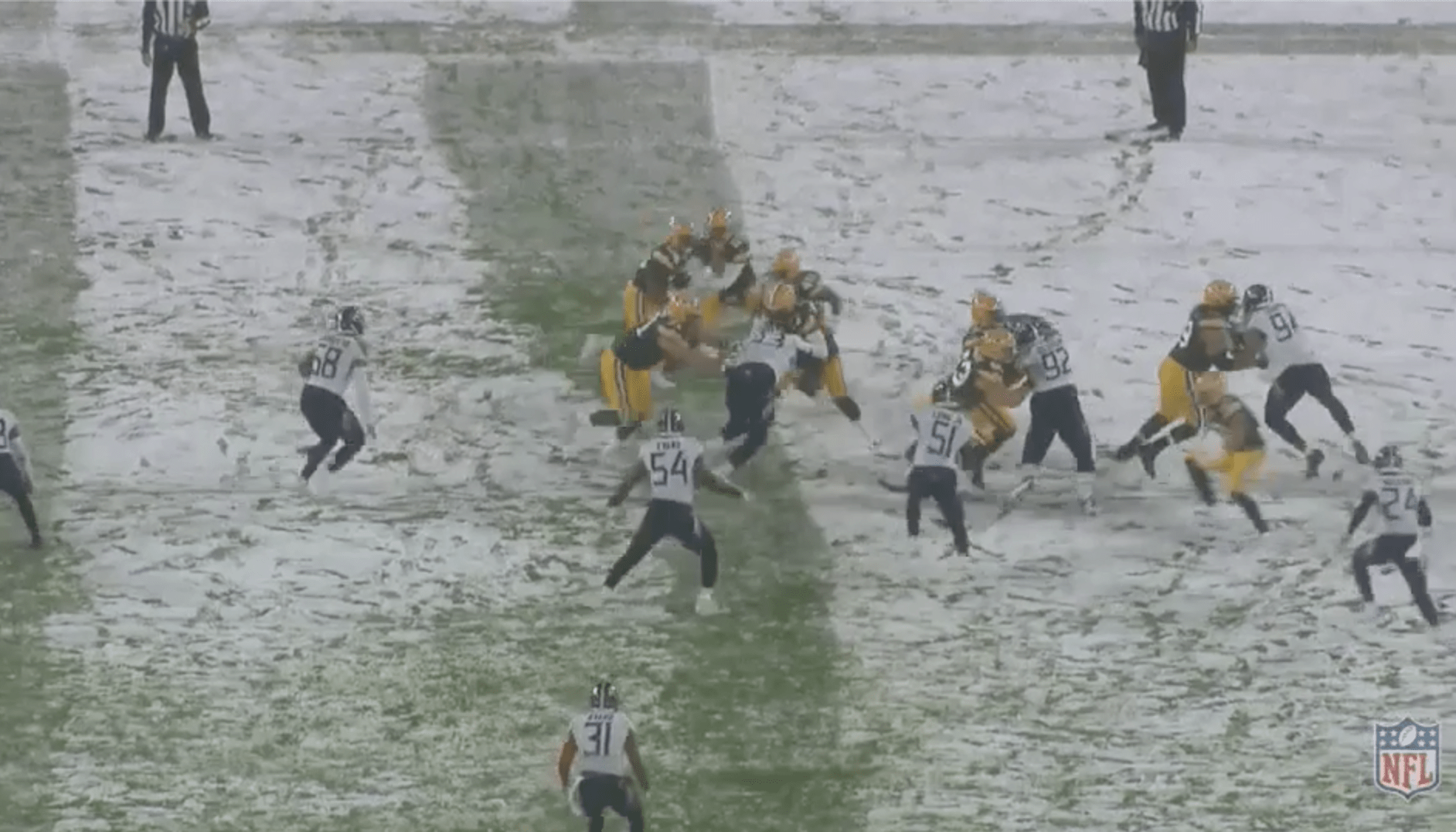 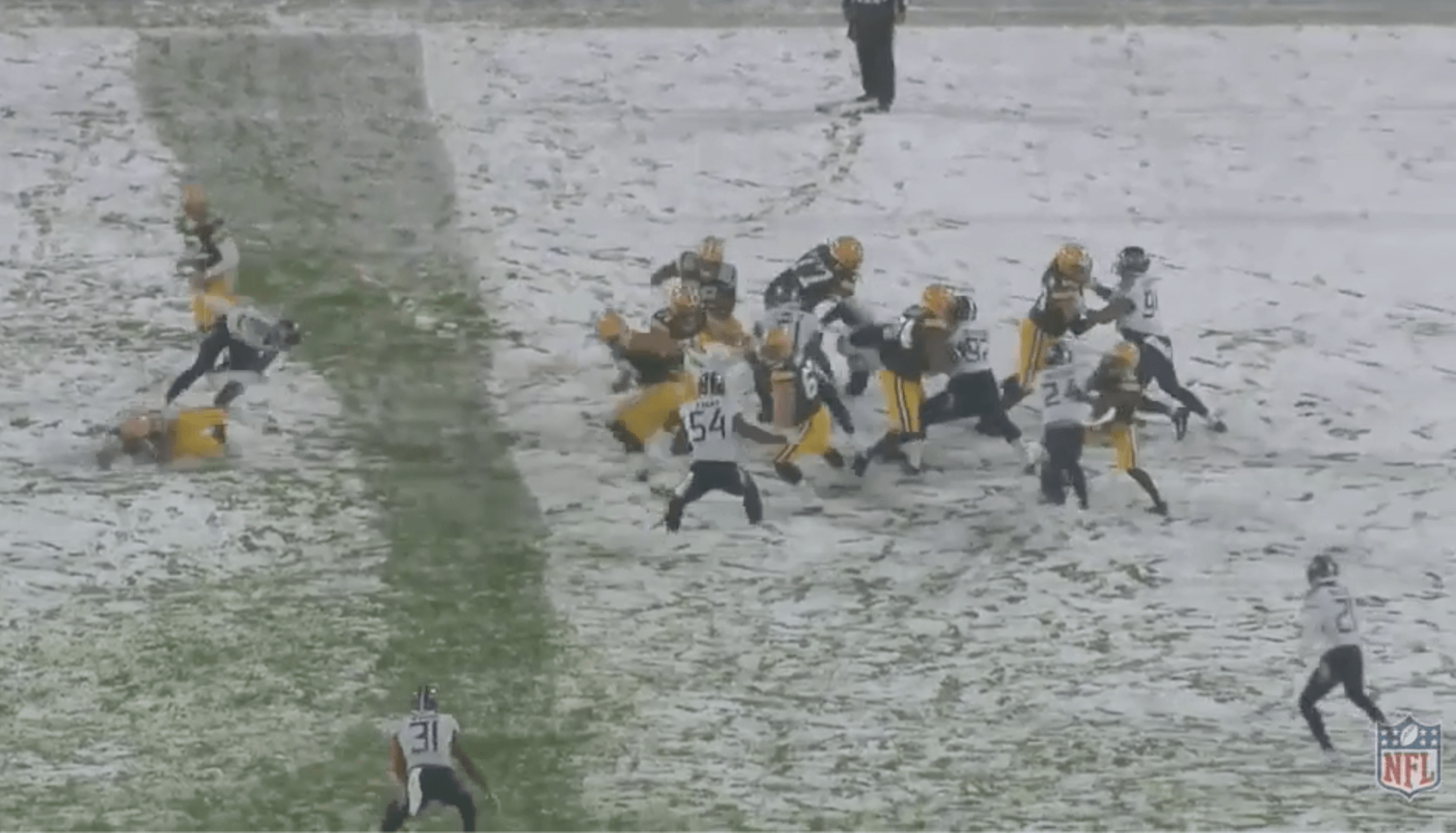 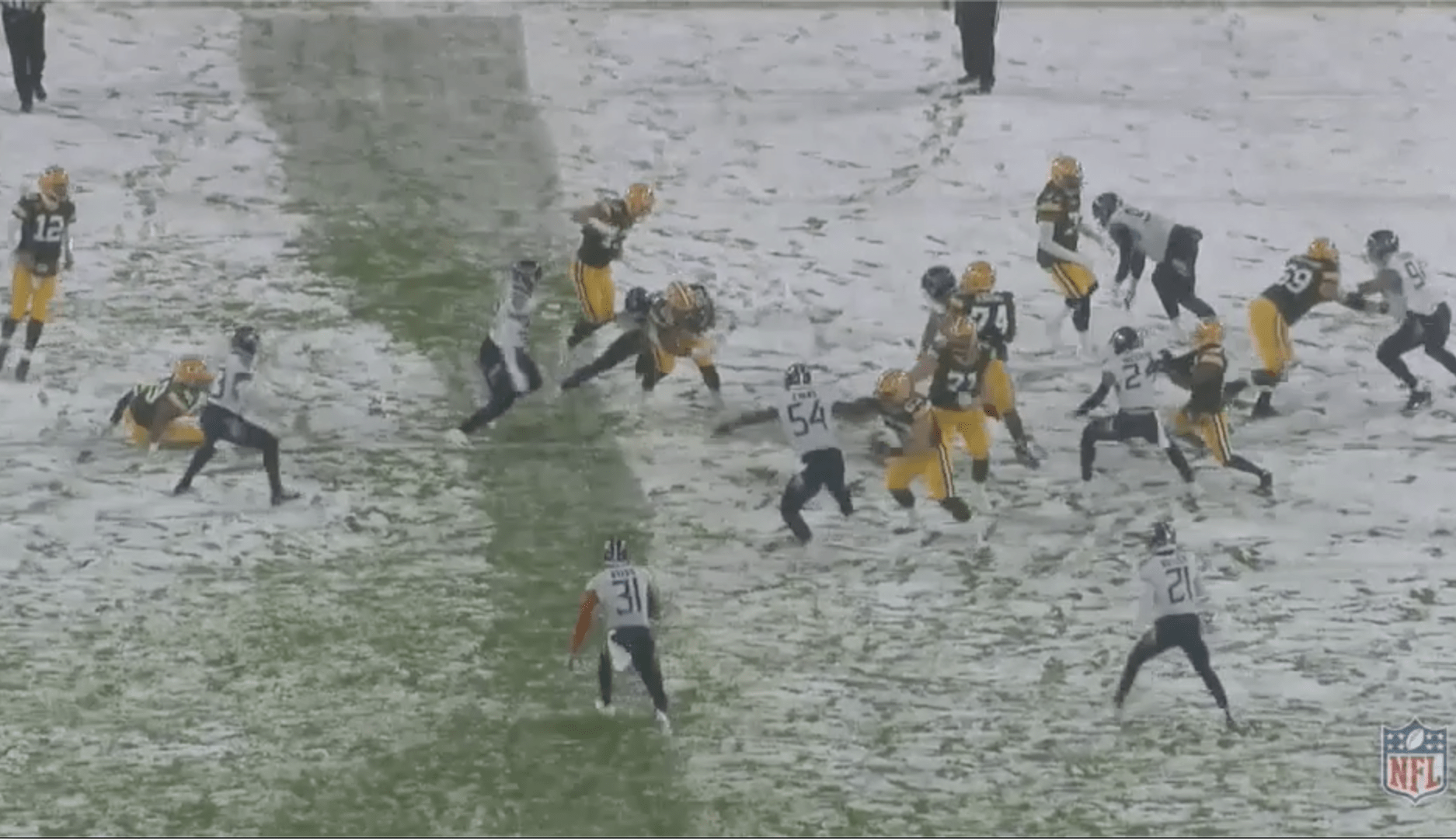 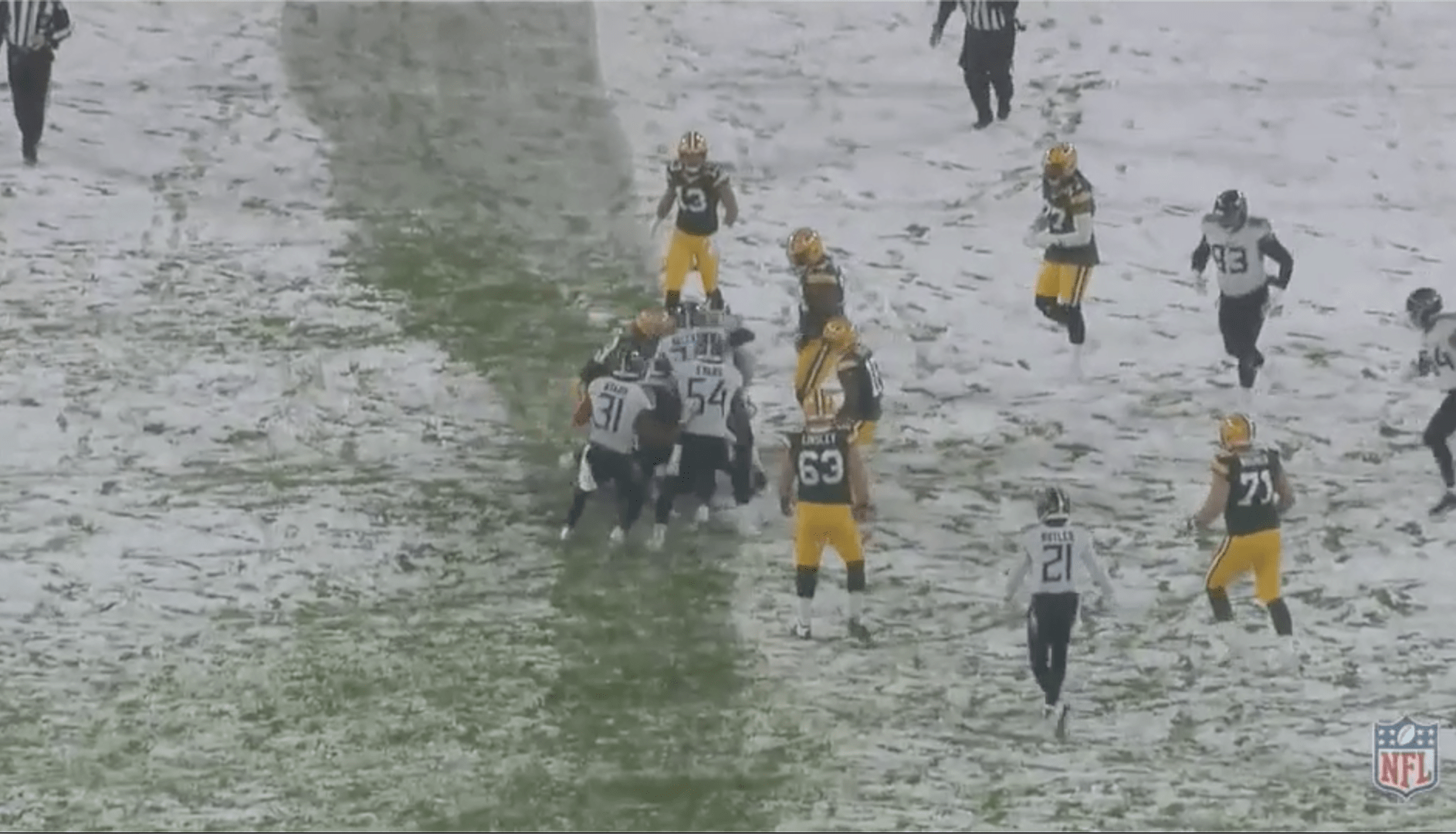 7 gaps here. All are covered because of Vaccaro dropping down into the box (note King plays coverage outside of Landry on this play). Long shoots the gap and makes a play on the running back.

The problem is these plays are few and far between at this point. Simmons isn’t making splash plays like he used to. Landry does from time to time, but the front is mostly reliant on David Long to make a play to stop runs these days. Rashaan Evans has become a total liability in both run and pass defense. Oh, and he’s the second most penalized linebacker in the NFL, so he’s got that going for him.

So, what about when it doesn’t work in the run game? 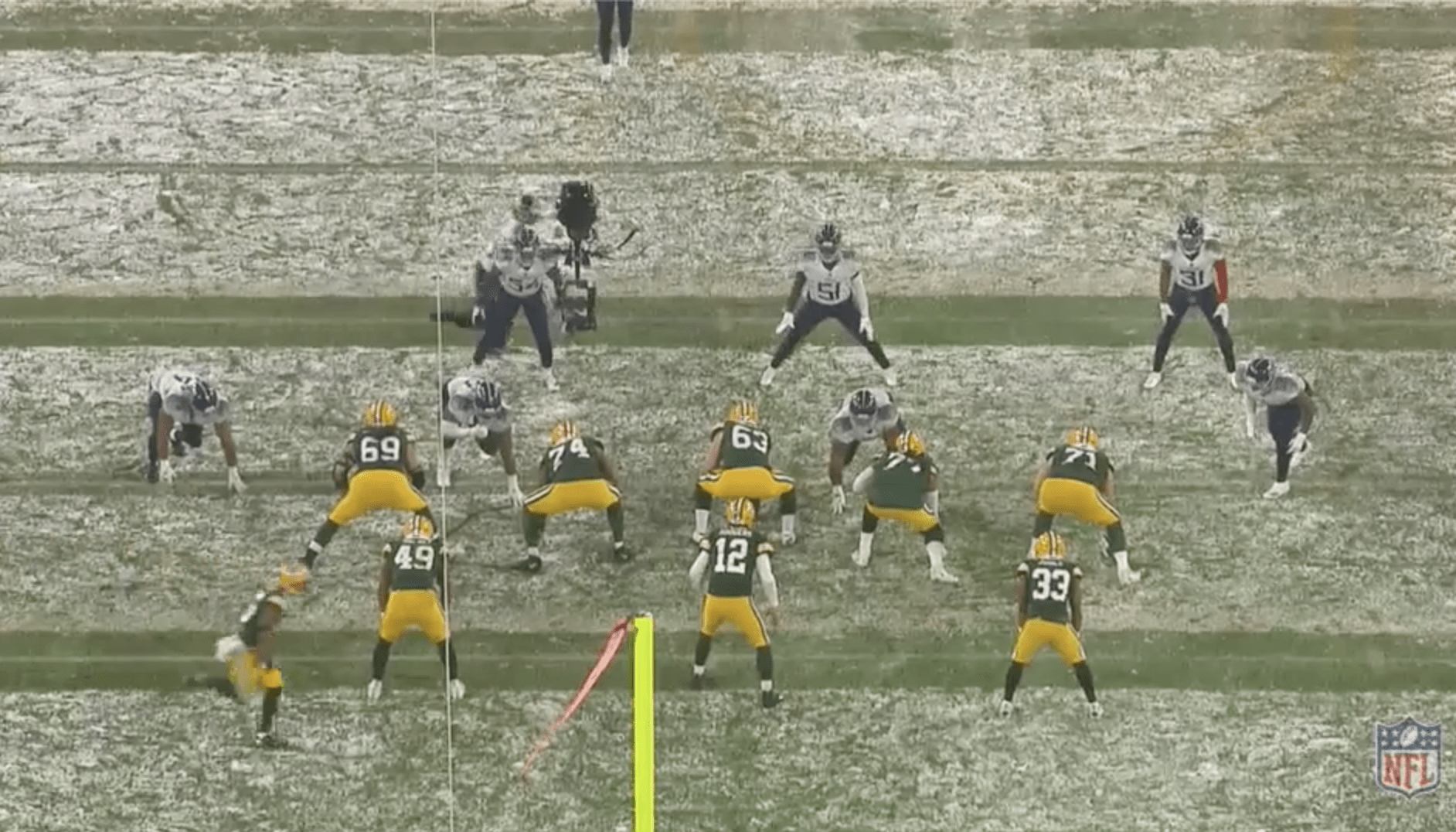 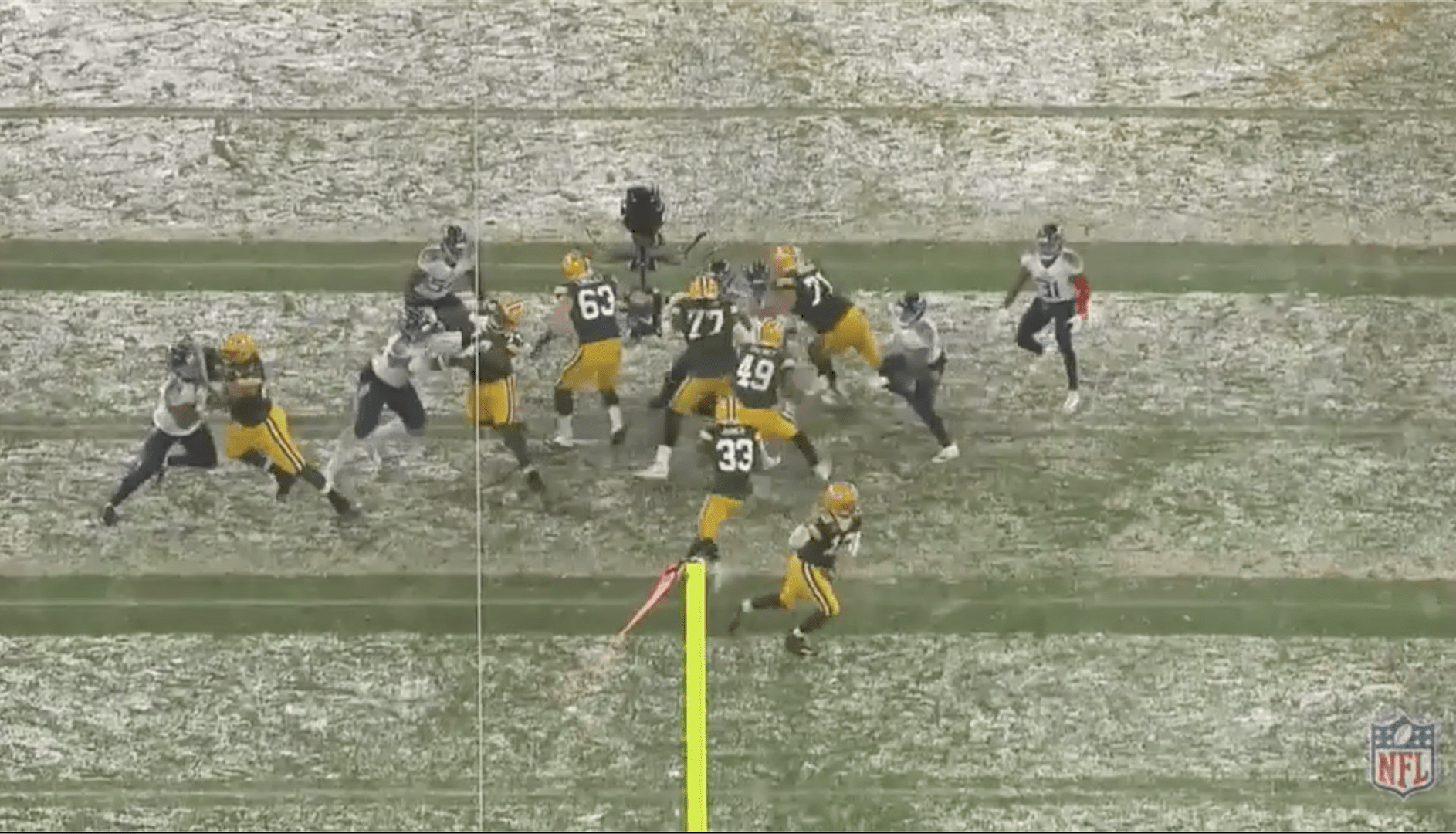 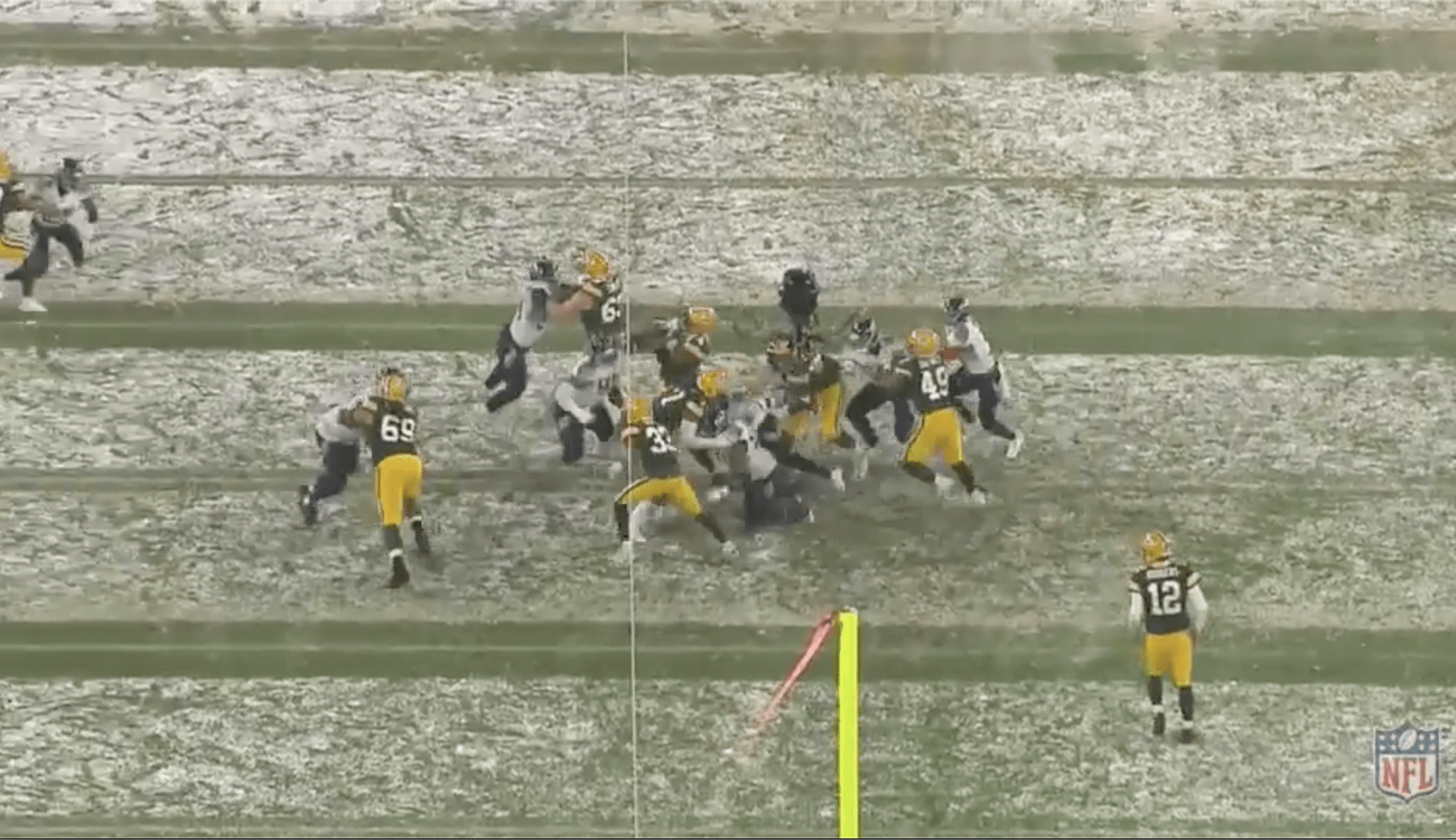 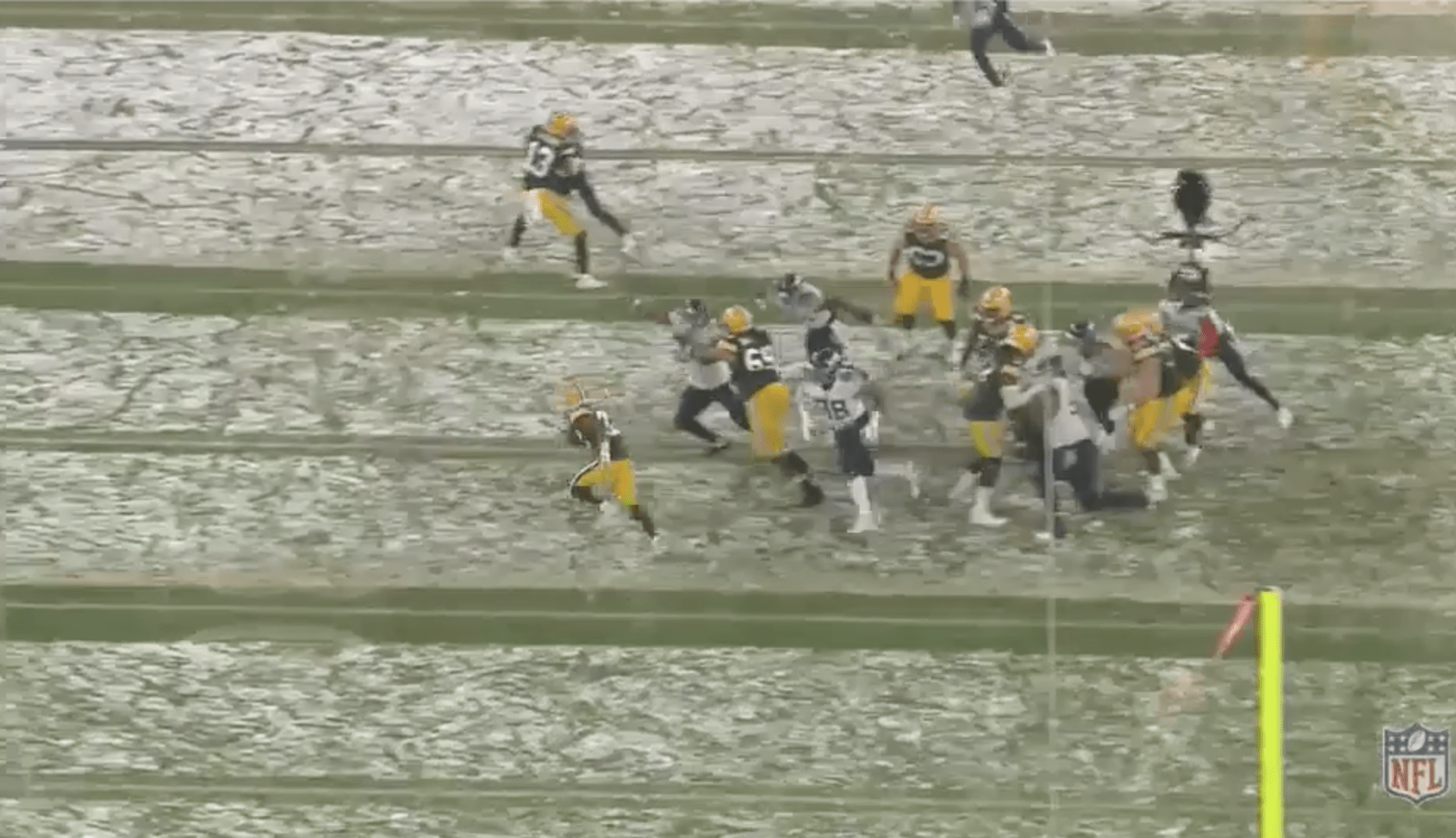 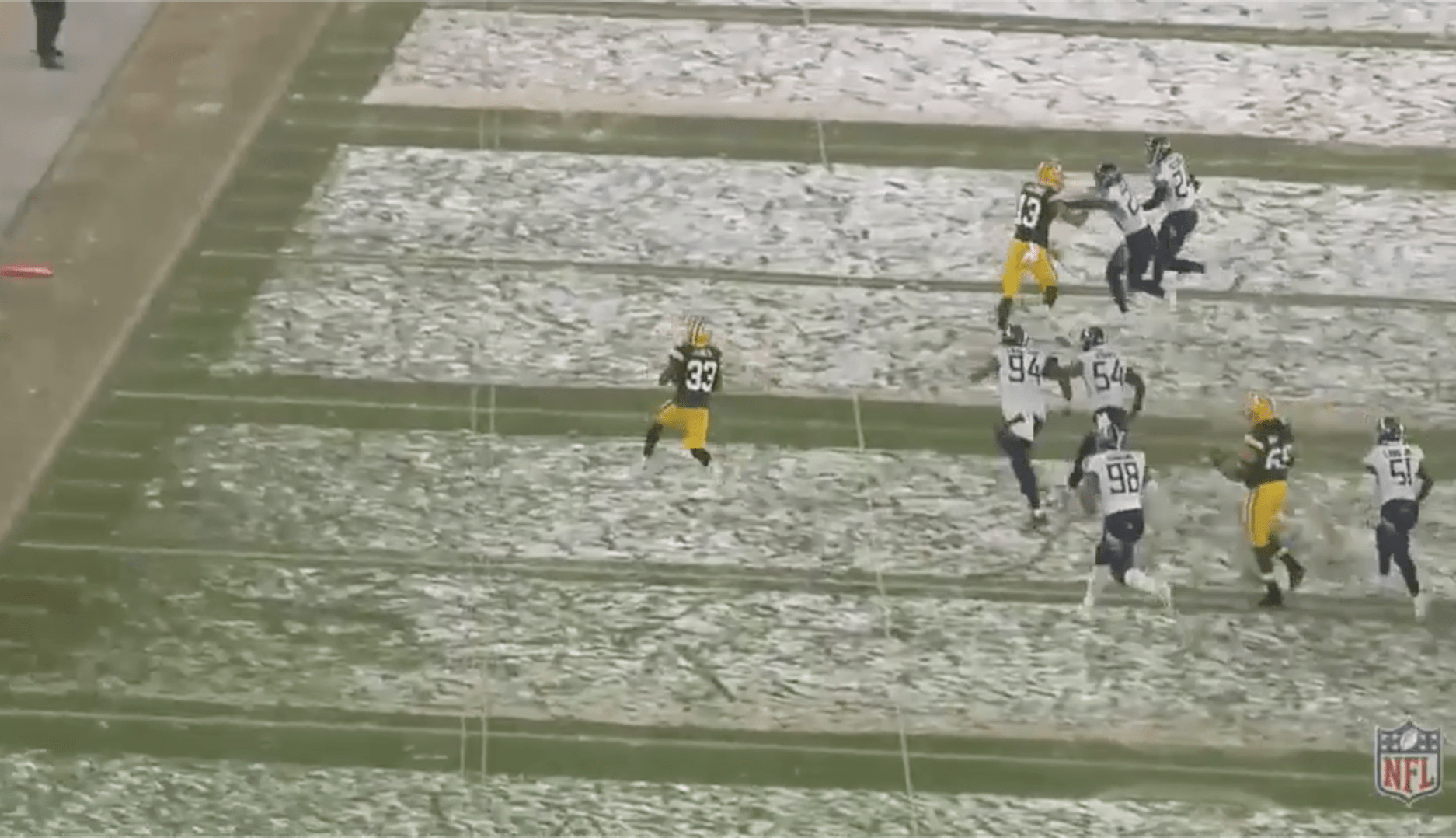 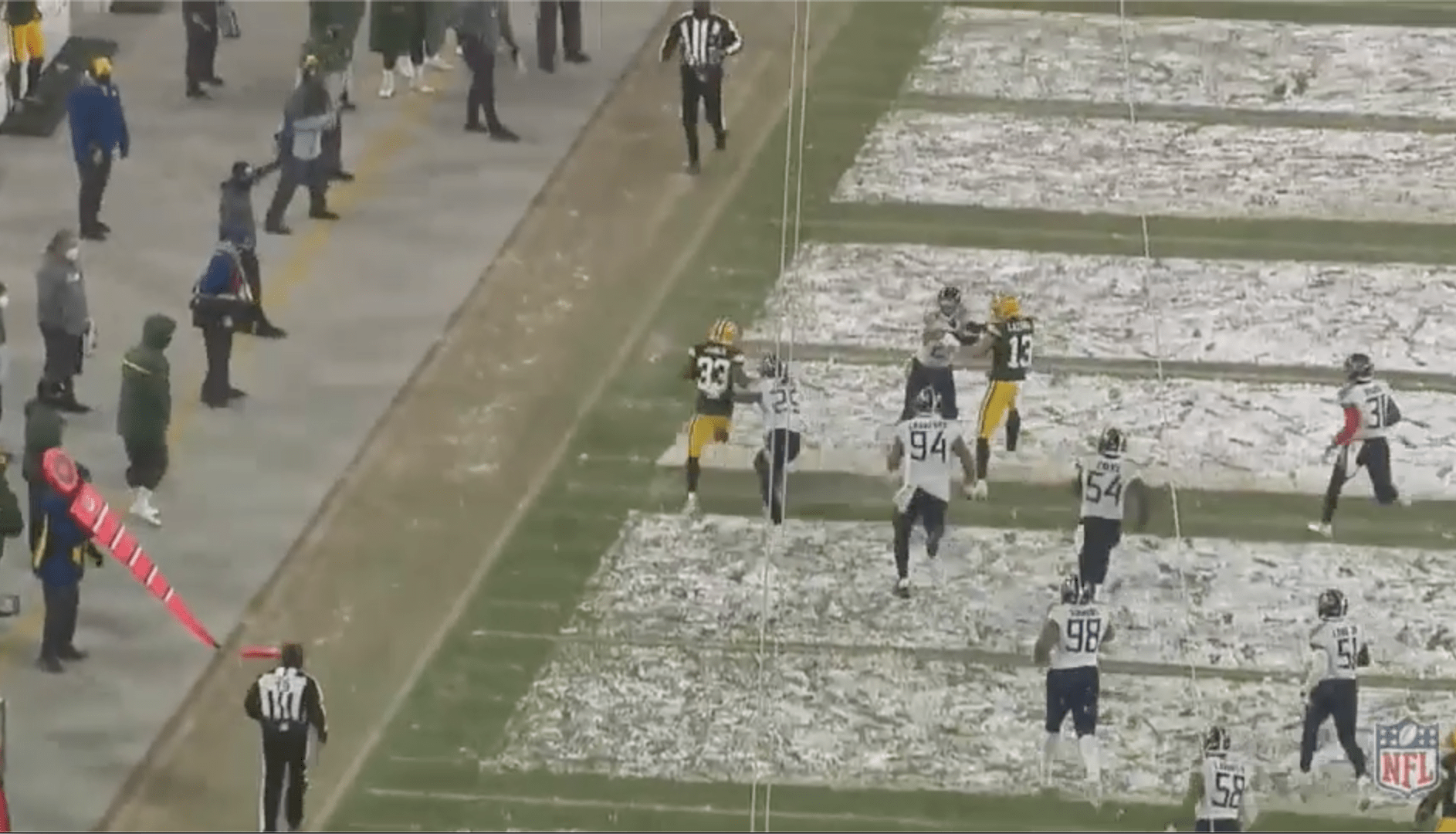 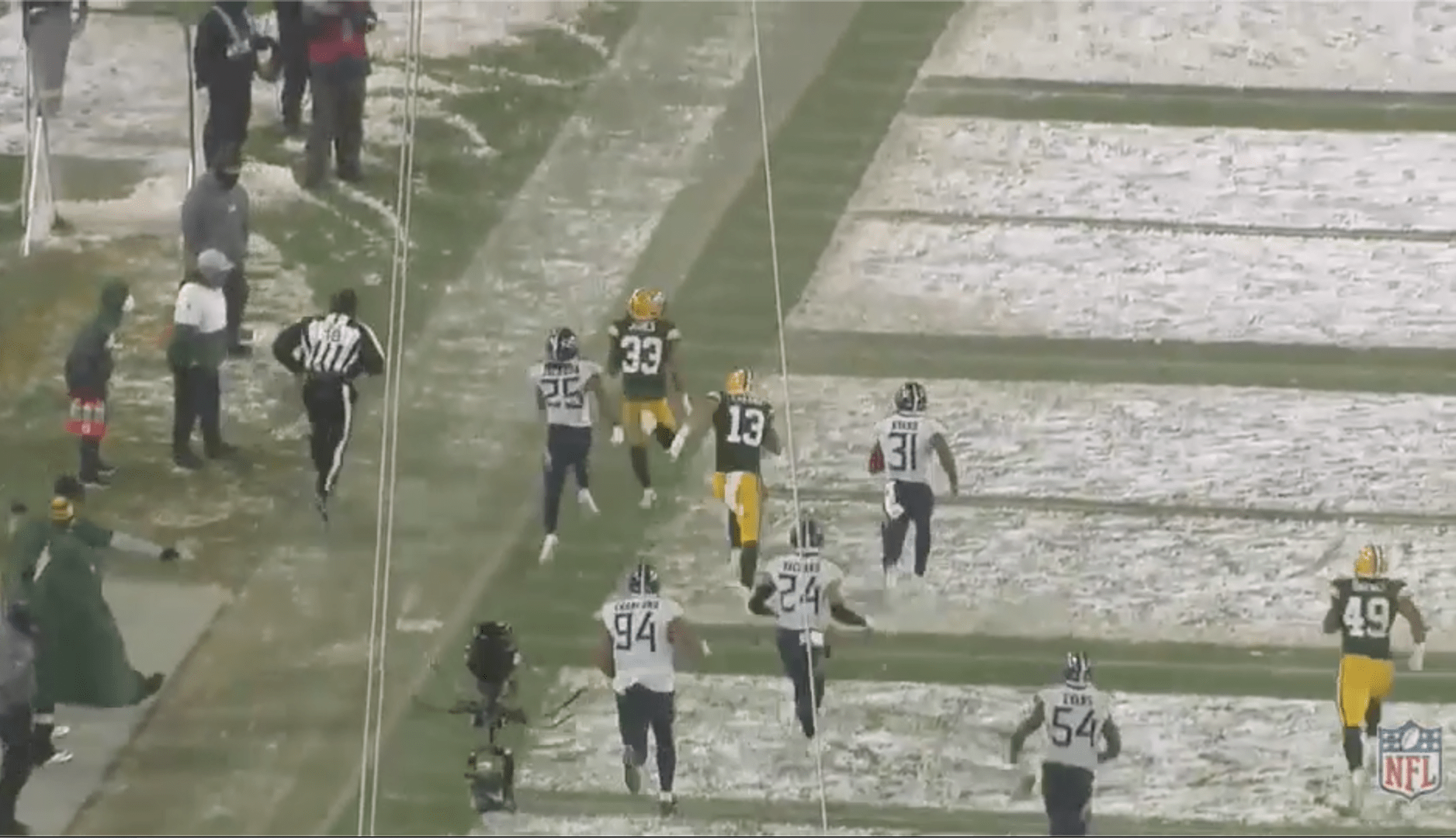 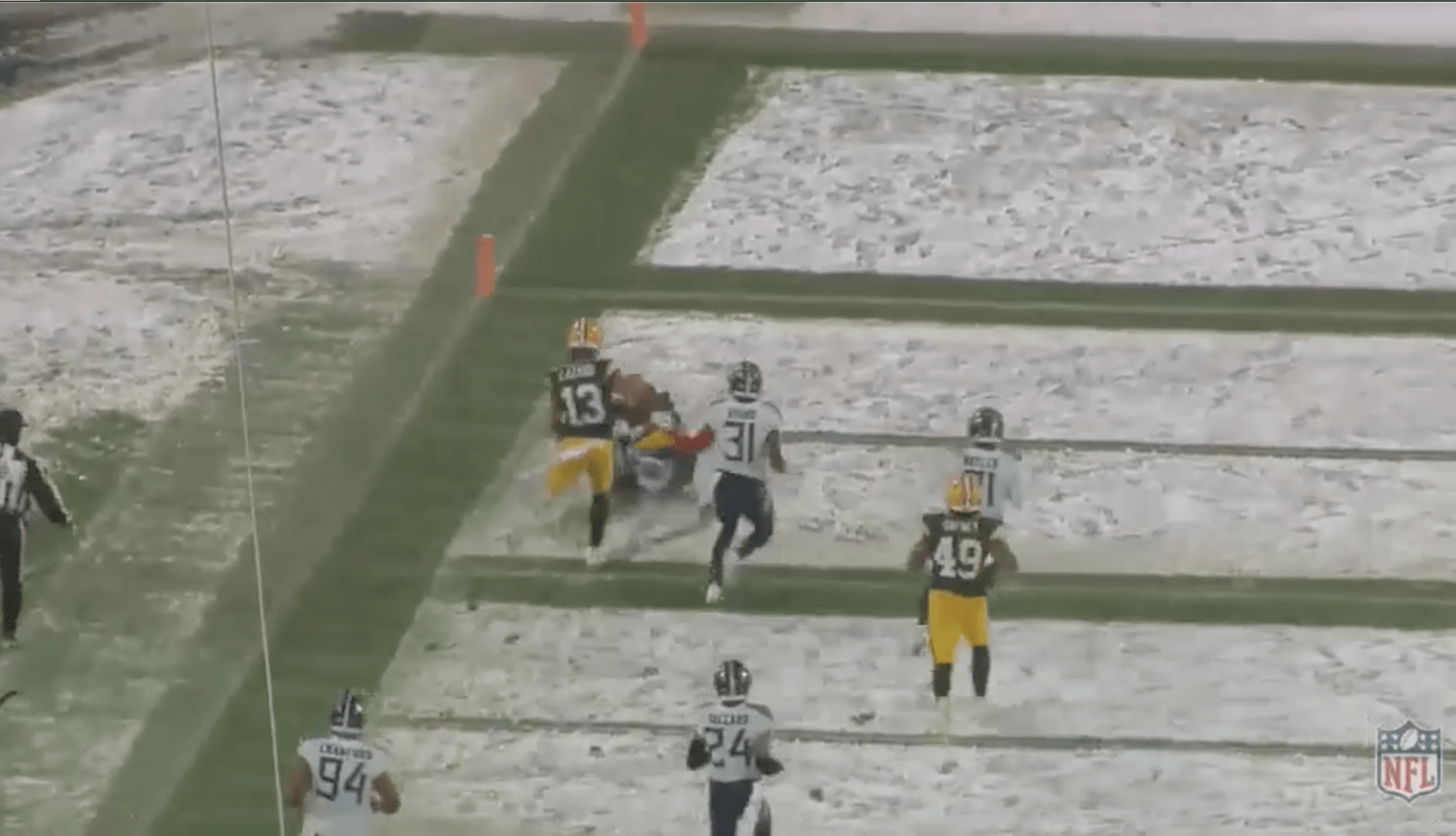 Jones gets bottled up here at the LOS, but Crawford fails to contain the edge and Jones bounces the run. Jackson can’t make the initial tackle, and this turns from a chunk play into an explosive.