This relationship we have with our defense is not a healthy one. For a while, we were lulled into thinking that maybe things were getting better. Maybe this wasn’t the toxic monster that our mother warned us about. The horrible signals were still there, and – deep down – we all knew this was bound to be a disaster. Still, there were some good times recently. Maybe things were getting better?

Like a scumbag significant other after too much sangria at your friend’s birthday party, the Titans left no doubt that this isn’t working out. On Sunday, they put up their worst defensive performance in a long, long time.

In all of Titans/Oilers history, an opponent has scored 38 points or more in the first half only 4 times, and only one other time this century. We all remember the New England game, but that was a great Patriots team with Brady, Moss, and Welker in their prime. This was the Browns. Despite their record, they are nothing more than an above average football team – and one that crushed the Titans defense.

The format today will be a little different. More editorialized than usual. I’ll highlight a couple of plays that illustrate dysfunction on Sunday, but I’ll more broadly talk about what’s wrong with this defense in this writer’s opinion.

Before we get to all that, like we always do, let’s check in on the late-down defense.

Back to their old ways. As one might expect, the first half was particularly awful. While the 2nd half did get better, the Titans benefitted from a few first down penalties by the Browns, and a more one-dimensional offense. In the first half, the Browns passed 60% of the time. In the second half, they passed only 30% of the time. As one would expect from a team with a five-possession lead heading into half, they just wanted to get the game over with.

The Titans defense is essentially playing Tecmo Bowl at this point

Some of you may be too young to remember this game, but it was released in 1989 on Nintendo Entertainment System (NES) and later, in 1991, they released Tecmo Super Bowl.

This is the play selection screen. Every team’s was slightly different, but the basics were always the same. The offense would pick a play, and the defense would try to guess the play. If the defense guessed right, then the defenders got quick pressure and all receivers were usually covered.

That’s what a lot of this season has felt like. The Baltimore game was a pretty complete and well-schemed game, albeit with some borrowed tendencies from New England the week before. Outside of that, and maybe Buffalo, the defense has mostly relied on getting it right with playcalls, schemed pressure, or Jeffery Simmons taking over games.

That may sound normal, but a good, fundamentally sound defense should function independent of playcall. This oversimplifies the issue, of course. Still, the basics of all normal coverage shells are meant to account for the run and the pass. Tactical plays at the right time obviously have their place, but the players need to be able to make it work more often with just the basics. 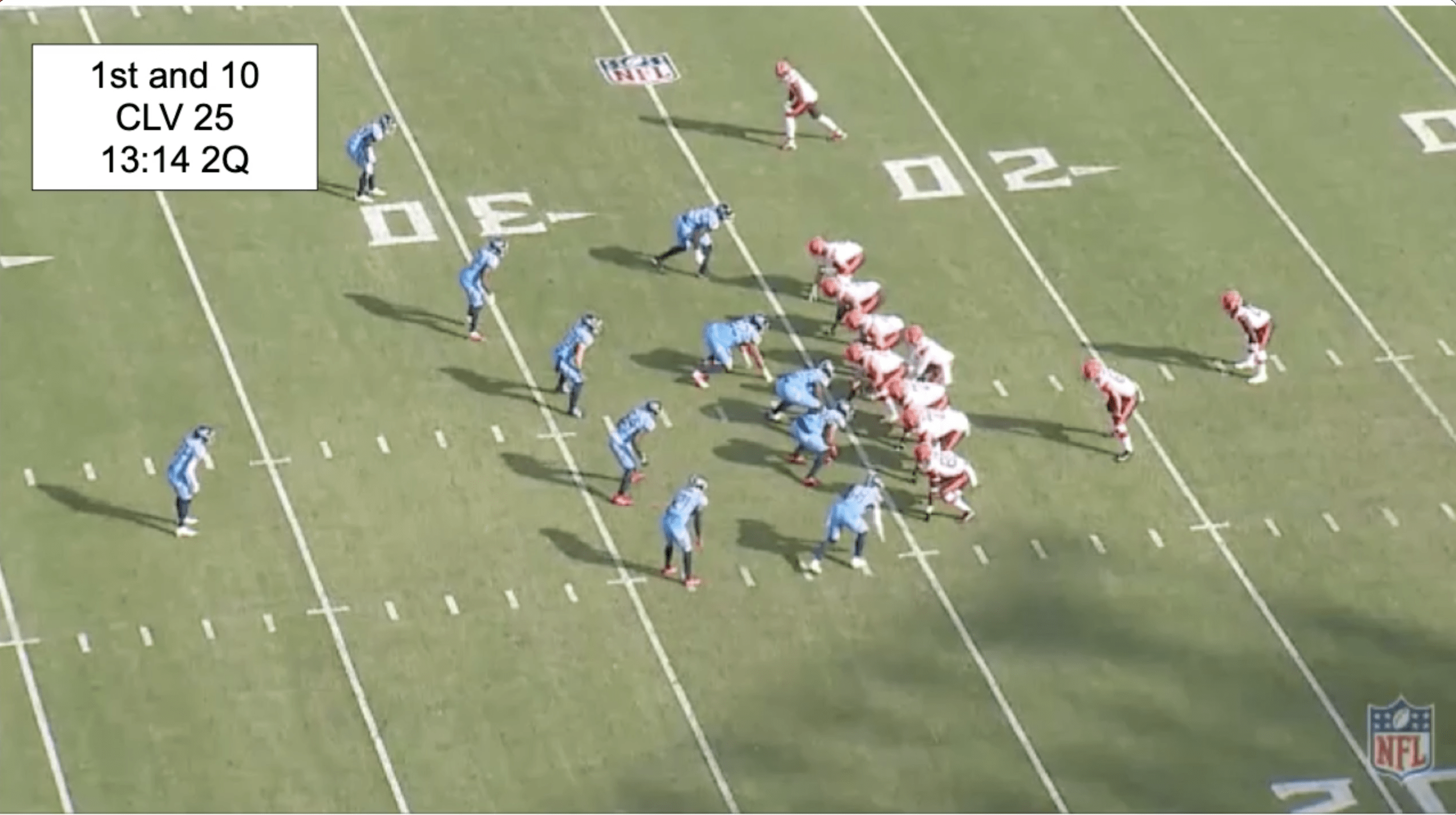 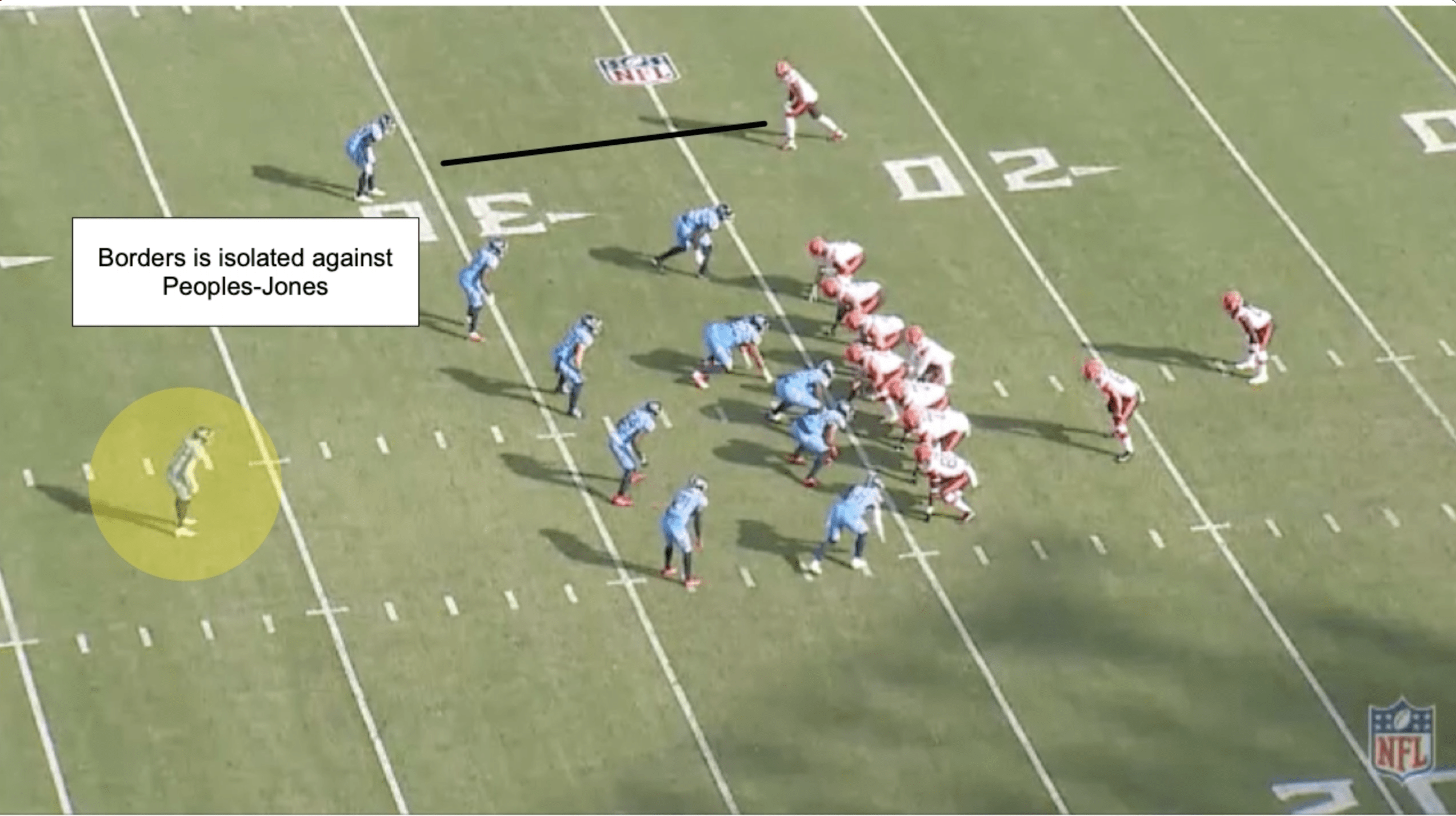 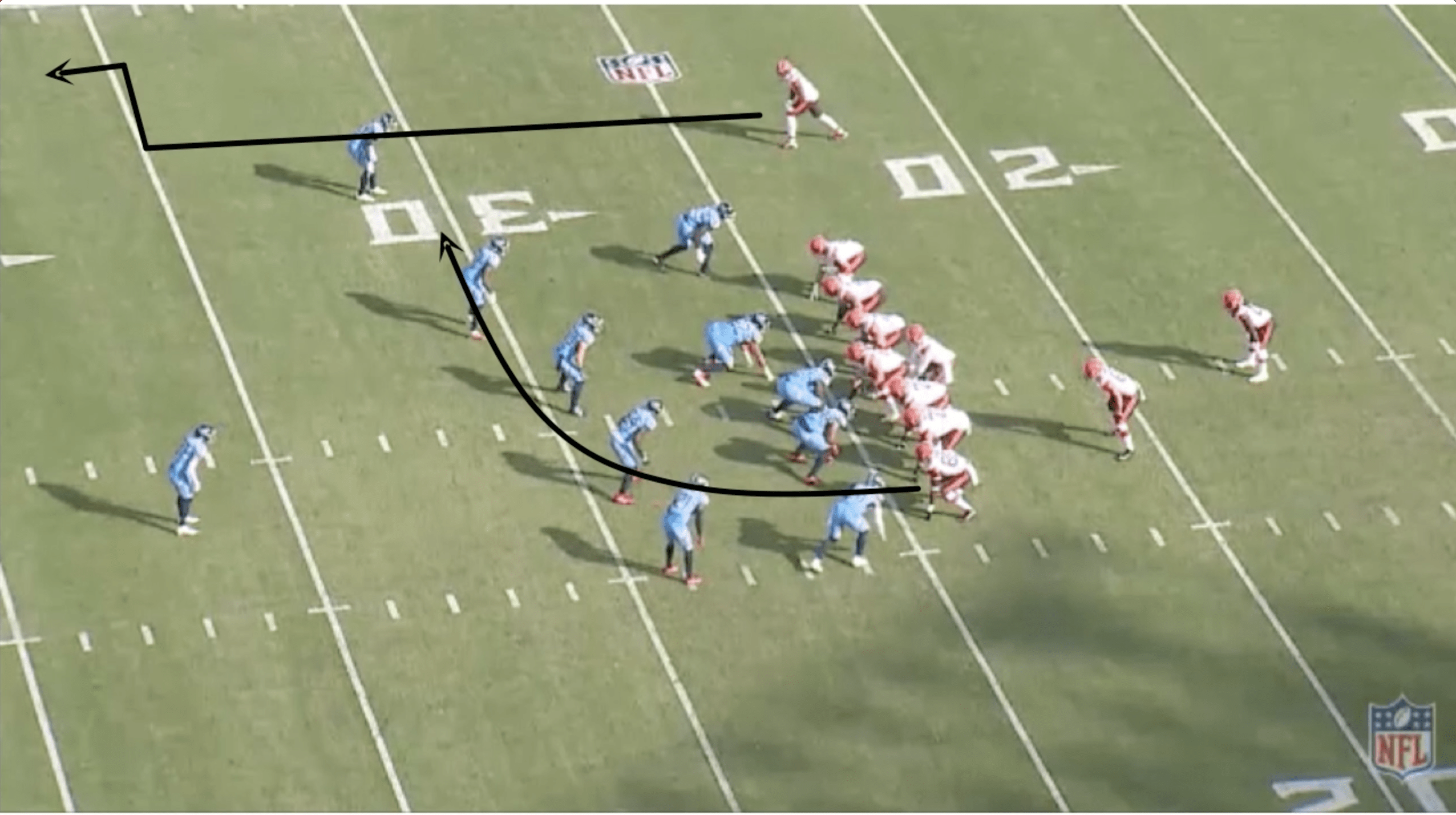 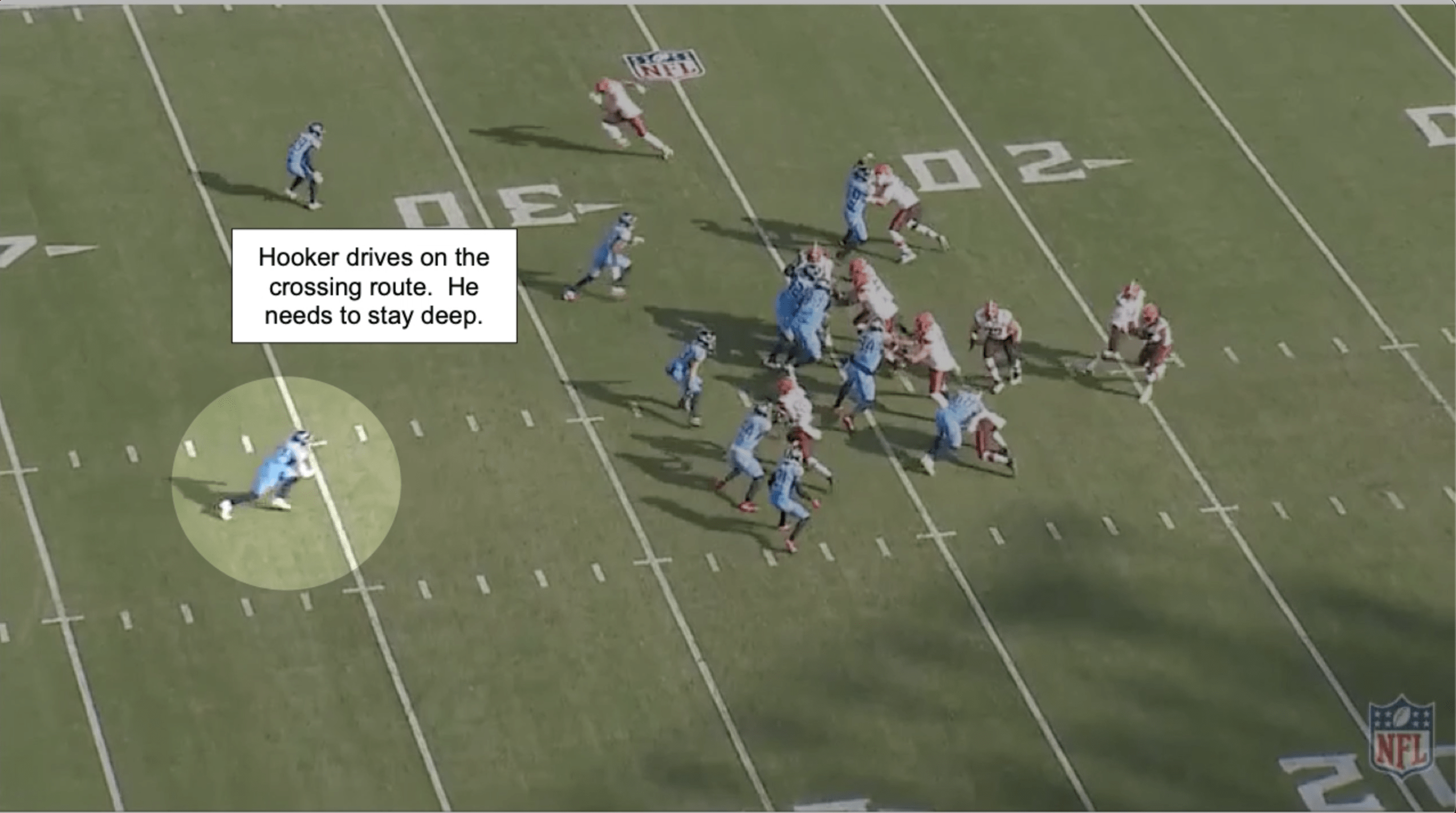 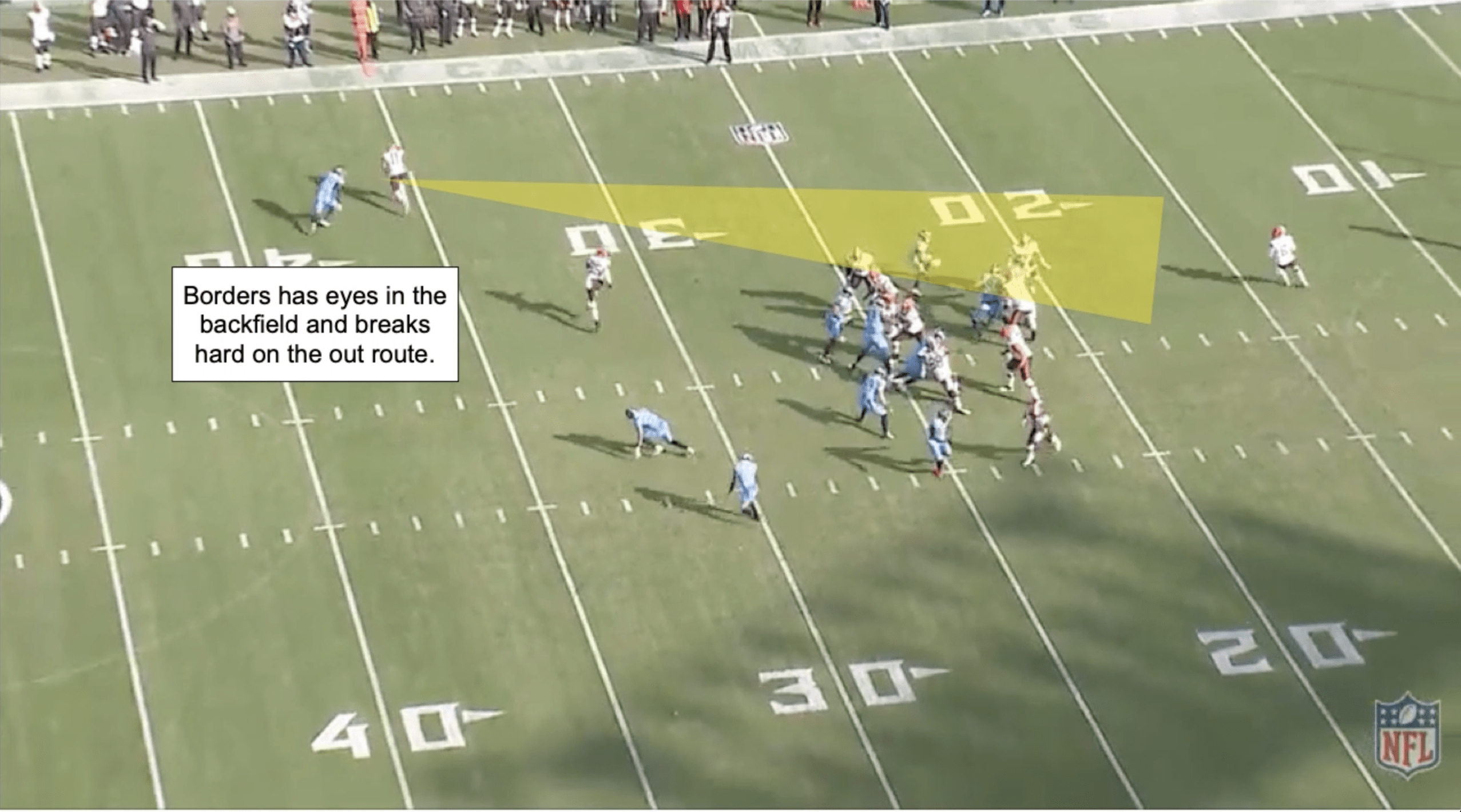 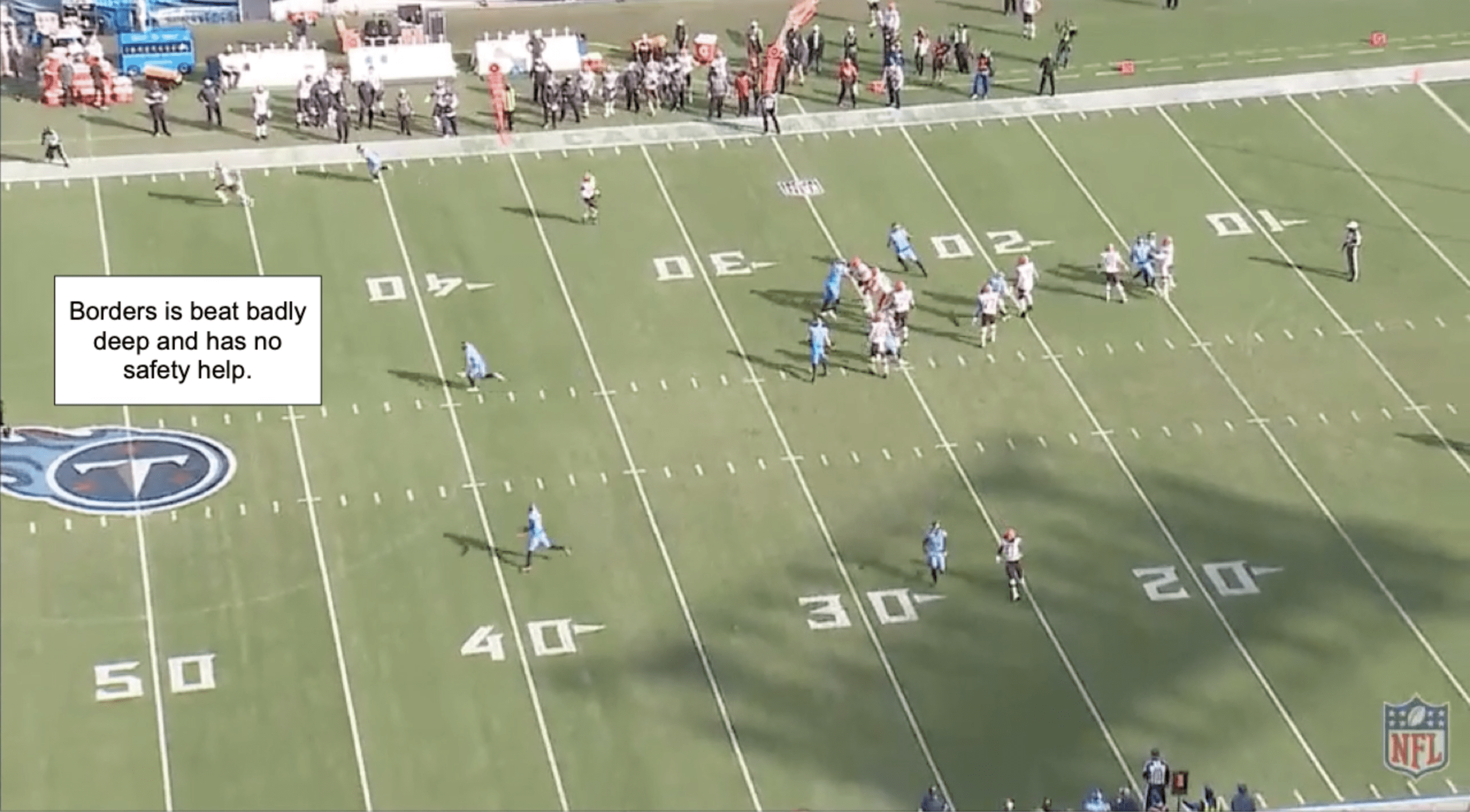 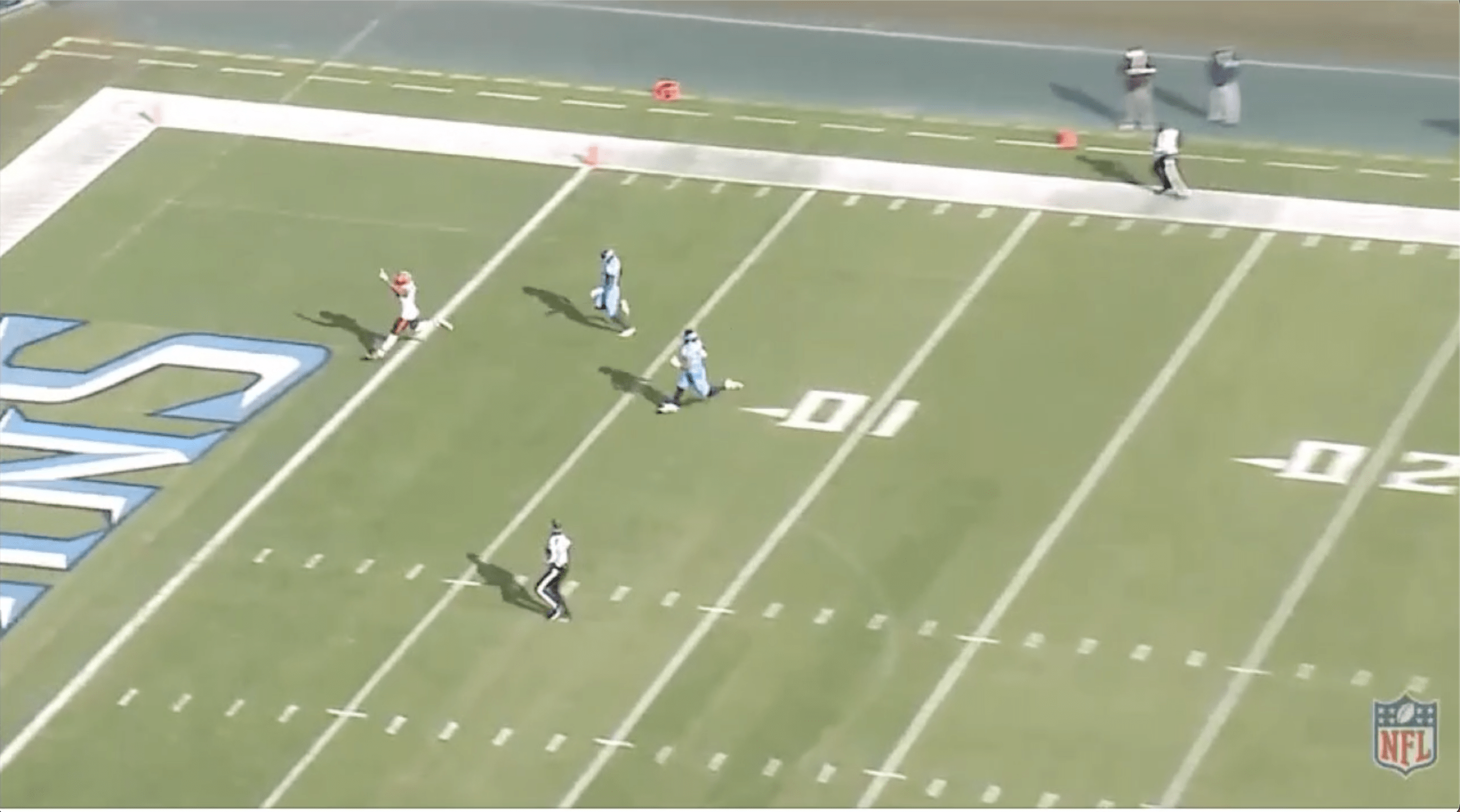 In the play above, the Titans are meant to be in Cover 3. There should be underneath zone defenders.