After staring down the barrel of what looked like a path to 6-5, the Titans have quickly turned things around. It culminated in a 1st half statement against the Colts that resulted in a 35-14 lead at half time. And, they did this with no turnovers or special teams touchdowns in the first half, which speaks to the productivity of the offense.

Still, a big part of this win came down to the defense. I don’t know that I’d call this an uneven game for the defense. That’s the wrong description. But, they did have a rough start, allowing touchdowns on both of their initial drives. After that, they locked things up during the first half with the longest drive allowed after that being only 4 plays.

So, what changed? Of course, that’s what this film review’s for. To dig deeper. The short of it is that playmakers re-emerged. The Titans found ways to get pressure, both organically and schematically. Kenny Vaccaro showed off his versatility. And, the team found a breath of fresh air at linebacker. We’ll dig into all that and more. But, like always, let’s first check back in on that late down defense.

Another great week. That’s now three of the last four outings that have kept these conversions to 44% or less. A massive improvement from the earlier in the season.

We’ve seen good late-down defense in a loss, though. Specifically against the Colts two weeks ago. The difference was the earlier downs. On 1st down, Indy was successful on only 48% of plays. On 2nd down, only 37% of plays. As a result, Indy faced a full 2 yards more to go on 2nd and 3rd downs compared to two weeks ago. So, instead of facing 3rd and 5 on average, they faced 3rd and 7. That may not sound like much, but those 2 yards are enough to make a team much more one dimensional.

How did they achieve that? We’ll let the film tell the story… 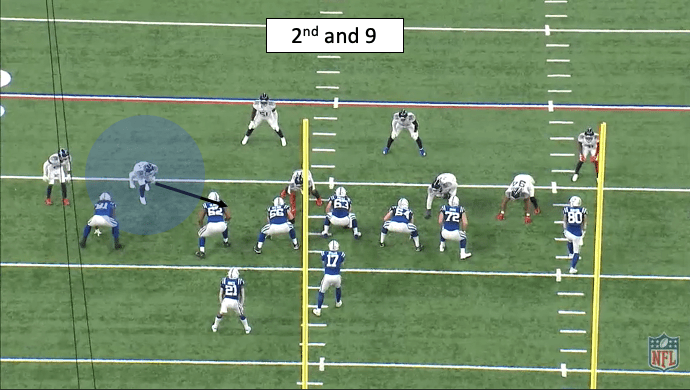 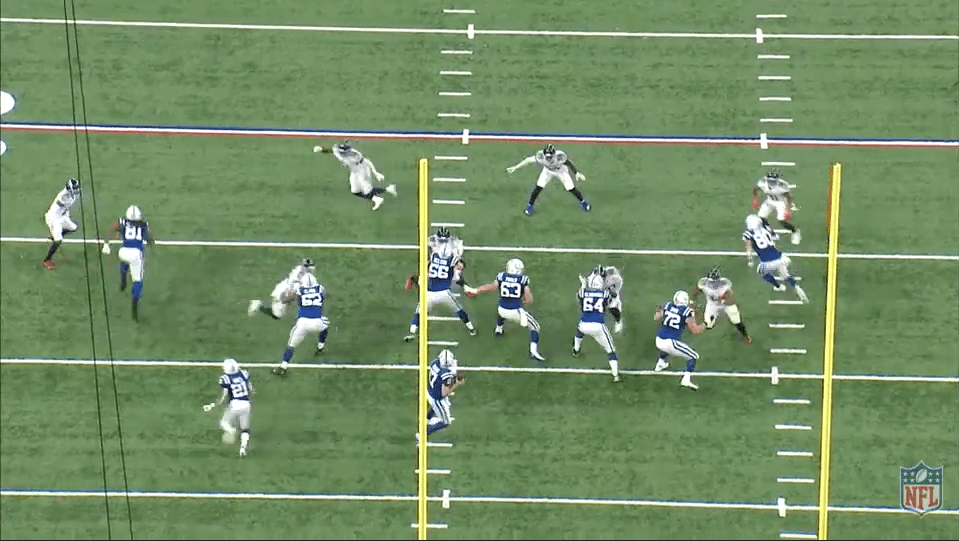 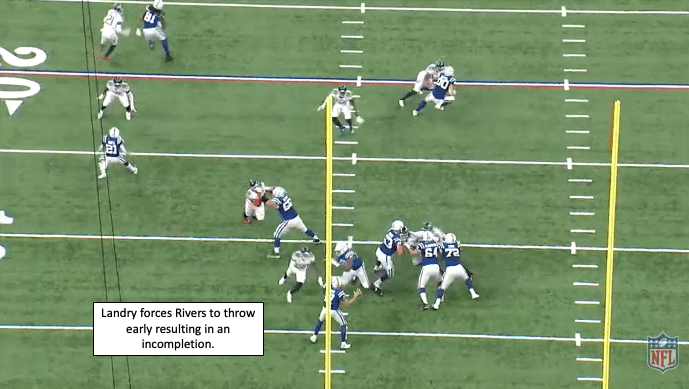 Arguably the biggest factor in the struggles Indy had on offense was the loss of their left tackle, Anthony Castonzo. He was injured on the final play of their second drive and the team wasn’t the same after. Of course, it isn’t just as simple as his loss = failure of the offense. But, Landry had a lot of success against their backup.