Statistically, this was probably the Titans worst offensive performance of the season. Tennessee produced just 228 total yards of offense at a clip of 4.4 yards per snap and managed just 11 first downs.

It wasn’t all bad though. They did hit a couple critical explosive passes — the 40-yard touchdown to A.J. Brown and a 30-yard toss to Jonnu Smith — and they protected the ball, turning in their fifth turnover-less performance of the season.

There are several factors that contributed to this shaky performance. First, we should credit Chicago. The Bears defense is really really good on all levels. This is probably the most talented unit in the NFL (yes, even more talented than the Steelers). They also had a very smart game plan from defensive coordinator Chuck Pagano that was designed to take away Tennessee’s pet plays.

However, the Tennessee offense also had some self-inflicted errors. Here a few that I clocked in my review of the tape:

This doesn’t fall under the category of sloppy, but I thought Ben Jones had his worst game of 2020 by far against the Bears. Daniel McCullers, Chicago’s 6′-7″, 352-pound nose tackle, completely overwhelmed the Titans center consistently in the run game. Not every team is going to have a player with that kind of size and power, but that’s a weakness of Jones’ game and it showed up against the Bears.

The Titans also lost two of their best run blockers in this game as Rodger Saffold and MyCole Pruitt both left with injuries and did not return. Jamil Douglas replaced Saffold and struggled in pass protection — he got beat cleanly by Brent Urban for a pressure on his very first snap and frequently required help from Ben Jones — but I actually thought he performed well as a run blocker.

Pruitt’s loss hurt Tennessee’s run game quite a bit. With Geoff Swaim inactive, the blocking tight end role had to be filled by Jonnu Smith and Anthony Firkser and that’s just not a strength for either of those guys.

Let’s jump into a few plays that I found interesting from this game.

The Titans ran the exact same play-action pass concept on three of their first 18 plays of this game, but only had middling success with it.

This is actually their opening play of the game. The concept is a familiar one. They Titans have several variations of this general look, but the play is designed to draw the linebackers to the line of scrimmage with the threat of the run and then pop a dig route to a receiver in the hole created by the play fake.

As you can see in the slides below, the Bears played this very aggressively early on. Cornerback Kyle Fuller and free safety Eddie Jackson both break quickly on Brown’s route. The throw is accurate from Tannehill, but Fuller is able to pull Brown’s right arm away from him just before the ball arrives, leading to an incomplete pass. 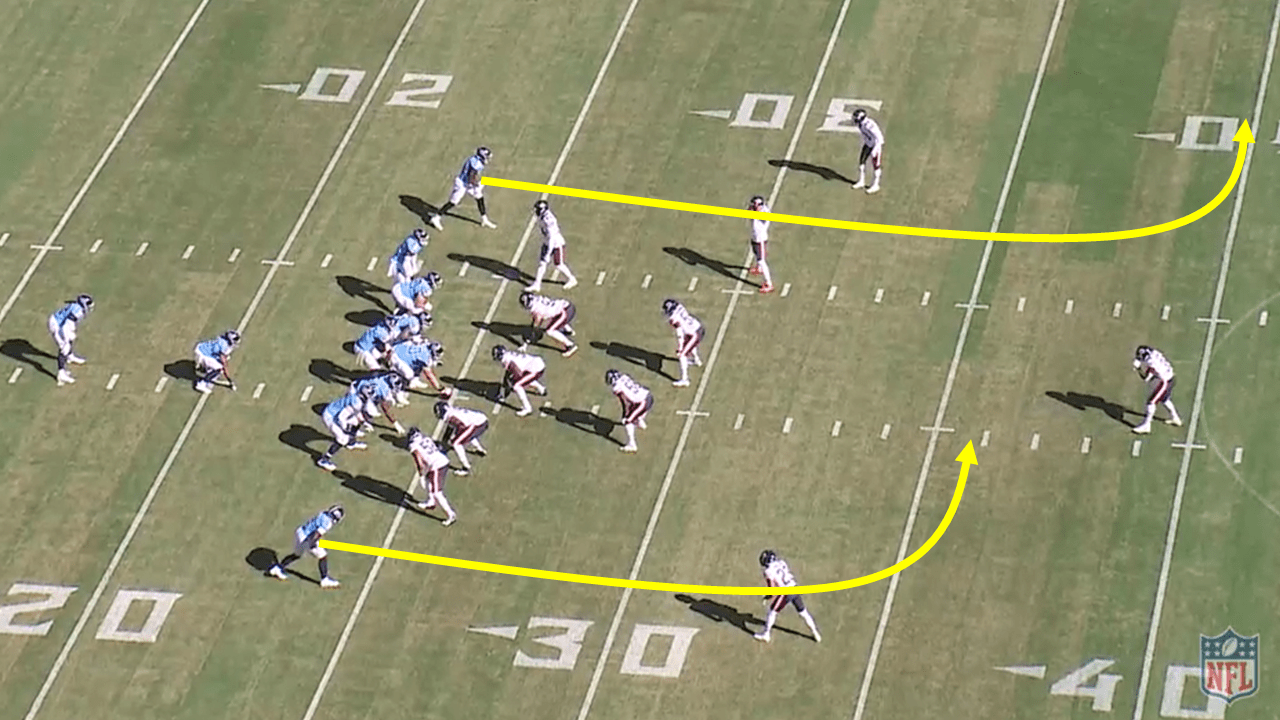 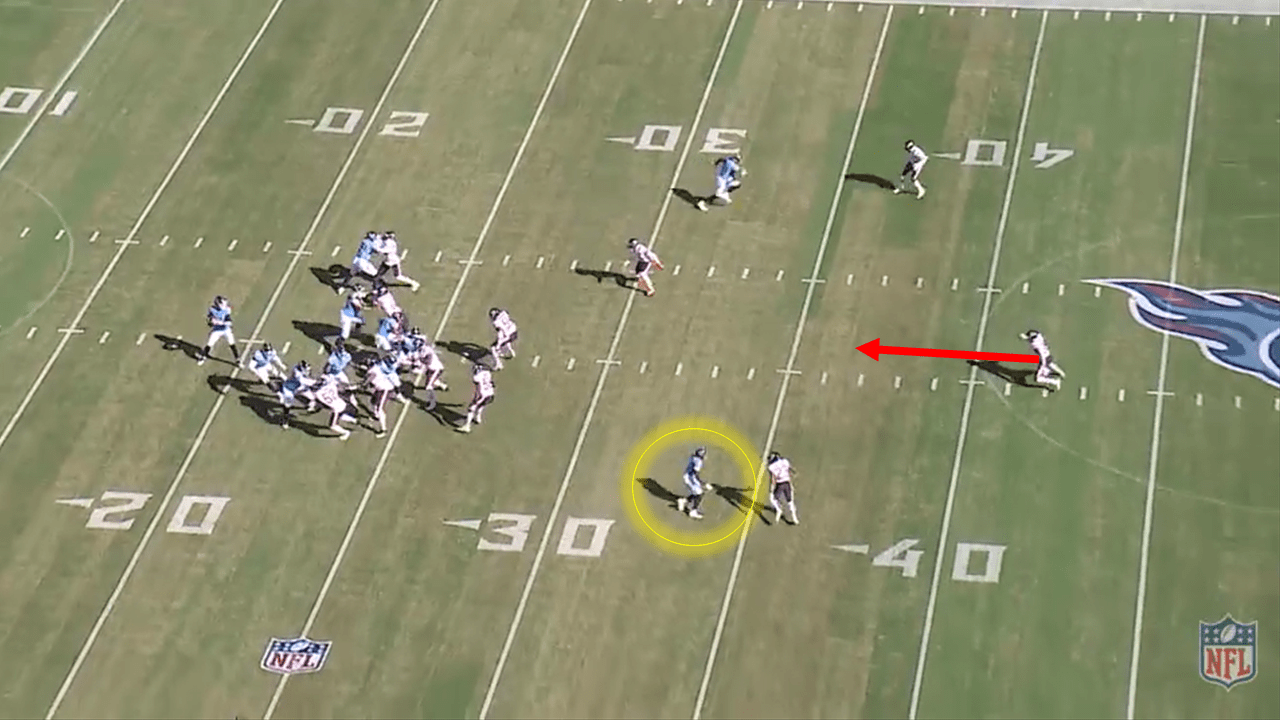 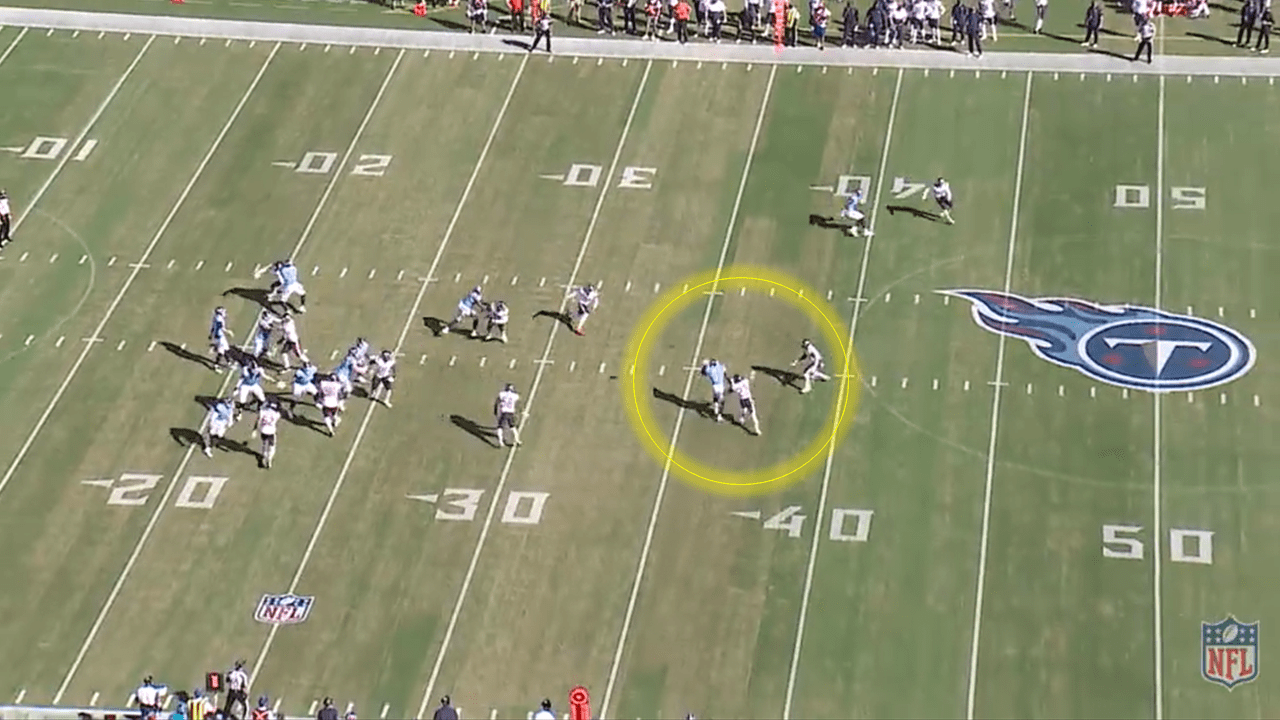 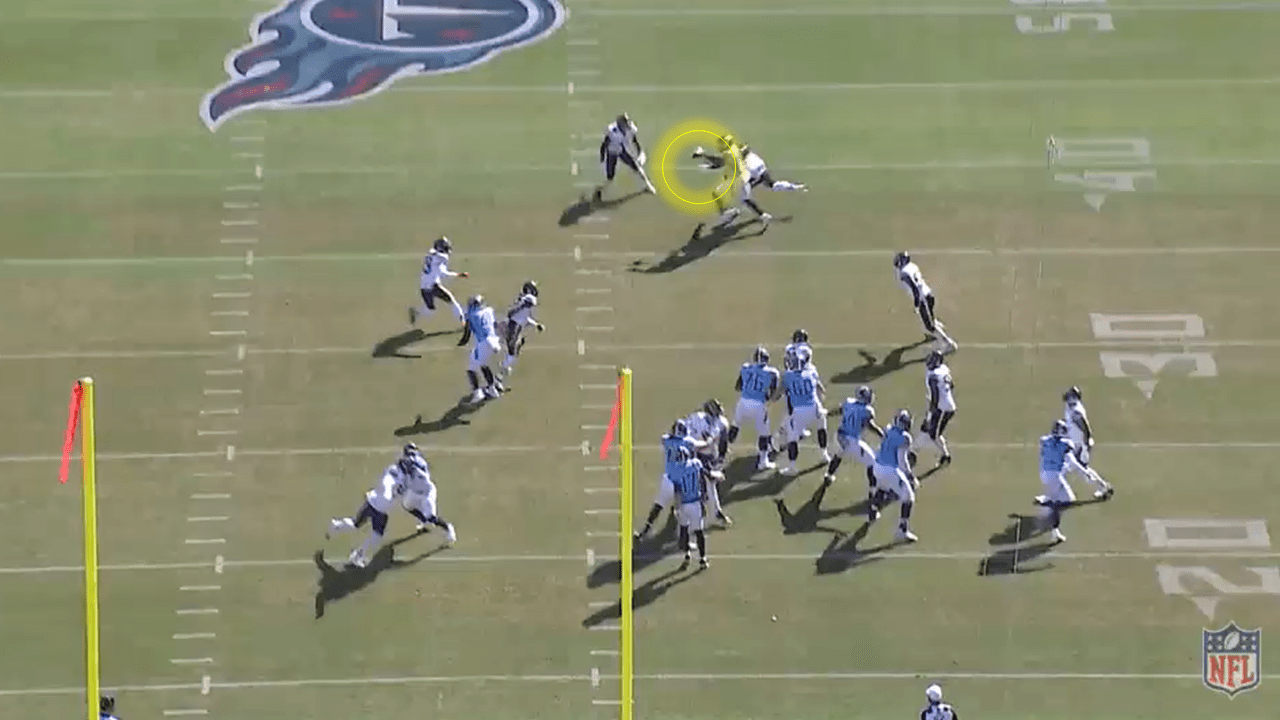 The Bears corners — especially Fuller — opened the game extremely aggressive. In addition to coming quickly downhill on the play above, Fuller also nearly jumped Tannehill’s third-down pass for a pick-six.

The next series saw the Titans try to take advantage of that aggressiveness. On 3rd and 9 Arthur Smith dialed up a stop and go for A.J. Brown that nearly resulted in a huge gain. You can see in the still shots below, Fuller stops his feet as soon as Brown starts to sink his hips, allowing Brown to get a step as he accelerated back downfield.

Author: Mike HerndonAfter over 20 years of annoying his family and friends with constant commentary about the Titans, Mike started writing down his thoughts in 2017 for Music City Miracles. He loves to dive into the All-22 tape and highlight the nuanced details that win and lose football games. You can now find his tape breakdowns and Anthony Firkser love letters at Broadway Sports. Mike also spends time laughing at Lebowski and yelling at Zach on the Football and Other F Words Podcast.