Well that went about as well as it could have for the Titans. A business trip to Indianapolis resulted in a win over a rival and sole possession of first place in the AFC South. 8-3 looks good on this team, at the same time keeping the Titans out of the playoff hot seat (for now). But as Vincente (@MaitreV615) points out, this season is far from over.

To be fair, Vincente does not believe this team finishes 9-7, and I don’t either. The point is that it’s the NFL, and “any given Sunday” can be a real pain sometimes.

The Titans have been playing better lately in all phases of the game. Even with a host of injuries at multiple positions, the boys in blue have found a way to put together a couple of complete games in a row. The defense is stepping up and getting stops while the offense is executing and putting the pressure on opposing defenses.

It did not look like a complete game early as the battle for first in the South opened like a potential shootout. However, the defense was able to stop the Colts on multiple possessions following back-to-back scores for the Colts. The Titans offense picked up the pace after the first punt of the first half, never looking back once they took the lead.

A few positional notes before we get into the notes/review. Nate Davis is continuing to improve on his rookie season, turning into a fantastic guard. There is no way around it. Davis is playing at a Pro Bowl level and deserves recognition. He and Rodger Saffold might be one of the best (if not the best) guard duos in the NFL. They are both very fun to watch in film review.

This isn’t meant to take anything away from any other linemen (or tight ends/wide receivers), as everyone is stepping up and contributing. Dennis Kelly has been solid holding down the right tackle spot. Ben Jones is a strong center who constantly maintains one-on-one blocks at the point of attack.

The other line callout I want to make is David Quessenberry. What a journey it has been for the 8 year NFL vet.

The feel-good story preceded a solid performance for Quessenberry, who made impacts on multiple run plays, not to mention having an exceptional game in pass protection and helping to keep Ryan Tannehill clean.

The Titans offense was balanced not only in the play calling but in the use of formations to gain an advantage. The run game really attacked the edges and called on wide receivers to block in the box. This led to routes being run out of tight formations that simulated the same run-blocking sets. This allowed Titans receivers to have the advantage attacking the sideline to the deep third of the field.

Let’s take a closer look at some of the plays that contributed to the Titans’ success. But first, a look at some of my other notes outside of the review section (these may or may not be in tweet form as well – find me @RyanOnBroadway). 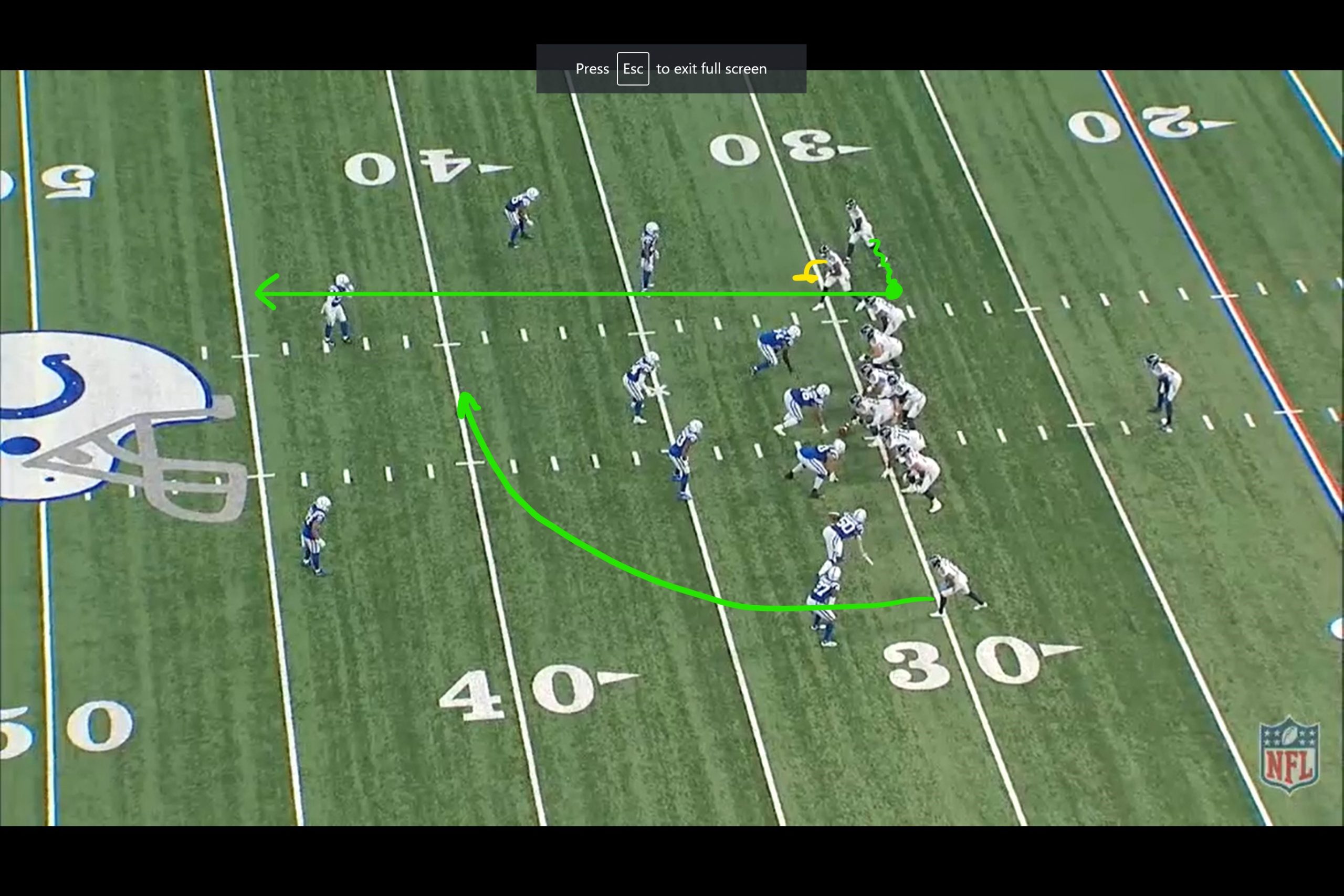 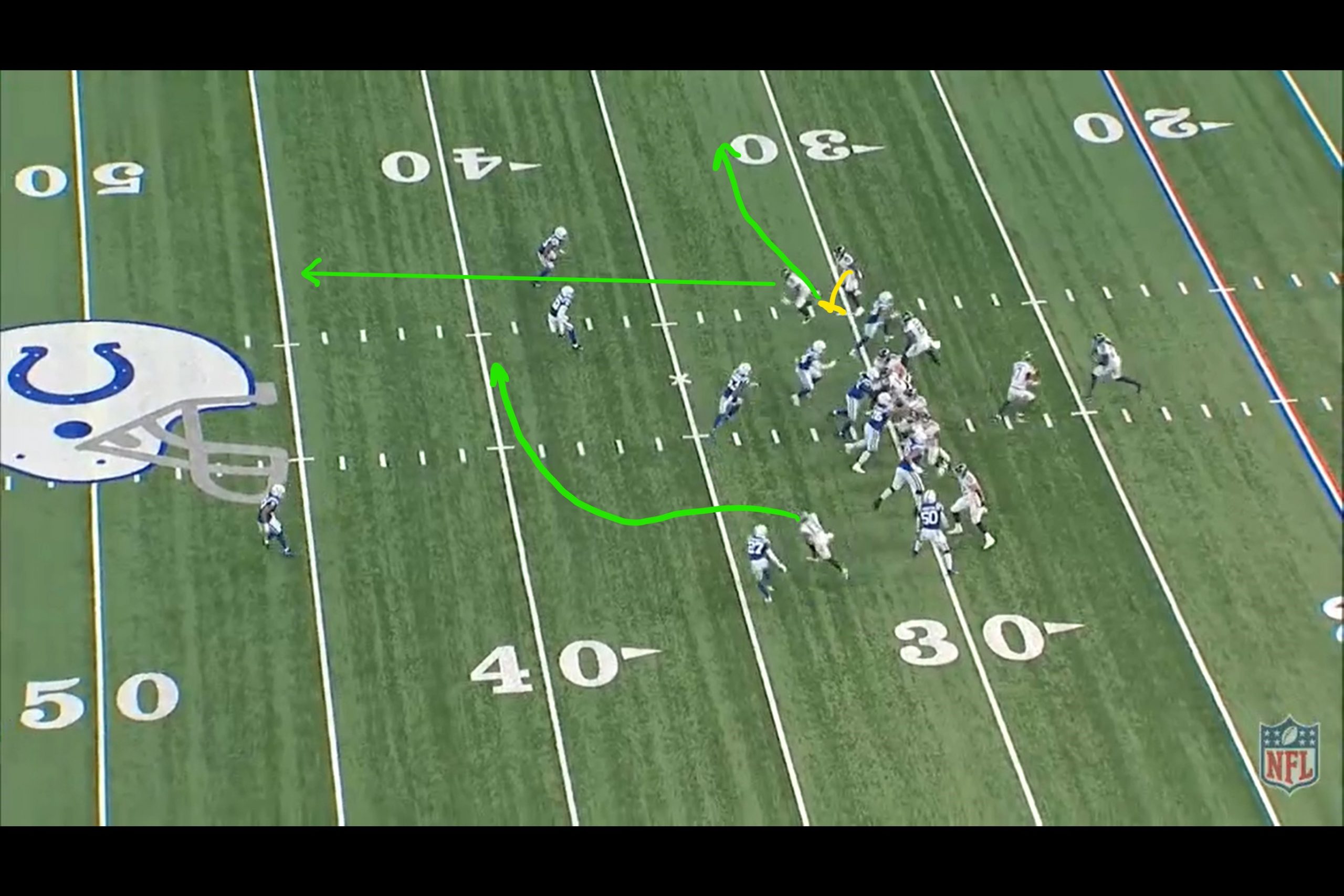 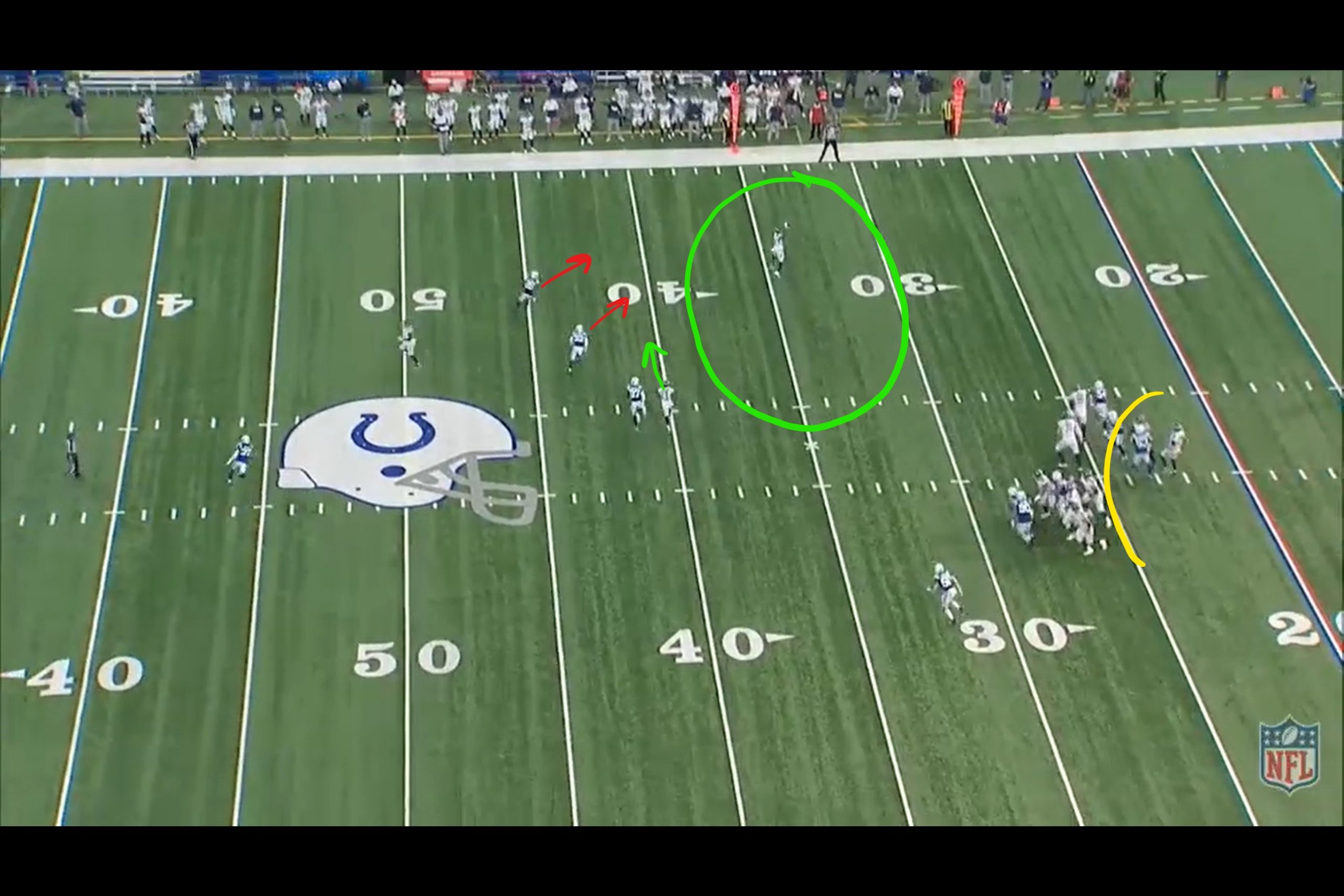