That’s a little more like it. The Titans seem to have cleaned up the miscues from a couple weeks ago, putting together a strong showing in all facets of the offense. The run game looked clean all day, especially on plays that did not look to gain much. Those 3-6 yard gains are not exciting, but they help keep the Titans offense on schedule. They are dangerous when they can accomplish this

The pass game needs some love as well. Ryan Tannehill was sharp and decisive on the day. The routes were clean and tough, as well. A.J. Brown and Corey Davis are a strong duo that any team should count themselves lucky to have. When this line gives Tannehill time, this group can shred defenses.

I would also like to mention the contributions of Geoff Swaim. In the passing game, Swaim chipped in with 3 catches for 34 yards and a touchdown. Where he has been the most effective has been in the run game. Used as a blocker in multiple ways, the free agent pick-up is a consistent source of positive plays when he is in the game. Nothing flashy, but just does his job. Great addition this year by the Titans that should not be overlooked.

While the offense was rolling, a continuing theme seems to be that when they get stopped, it is largely thanks to their own errors. For example, on the third drive of the game, the Titans were rolling, averaging 5-6 yards a rush and completing passes for first downs. The drive that started on their own 25 seemed to stall out once they got to Jacksonville’s 9-yard line. The Titans came away with no points even though it was an impressive drive. So what happened? It was 3 bad plays out of 4 in the red zone.

I do not hate the 4th down attempt. I don’t love the play call, but I am all for the Titans going for it and trying to put extra pressure on other defenses. It is very frustrating to see it when other offenses do the same thing to the Titans defense. This pointless trip is only magnified by Corey Davis’s fumble on the very next drive. Titans are a playoff team, but the goal is the Super Bowl. These back-to-back duds can not continue.

Last thought before getting into the notes and whiteboard reviews. Aaron Brewer got in for a few series at the end of this game. I like what I am seeing from the scrappy rookie in his limited time. Good to know that apparently there are plenty of competent backups along the line for the Titans.

Lets take a closer look at some of the plays that contributed to the Titans runaway win. But first, a look at some of my other notes outside of the review section (once again, these notes might be on my twitter feed @RyanOnBroadway). 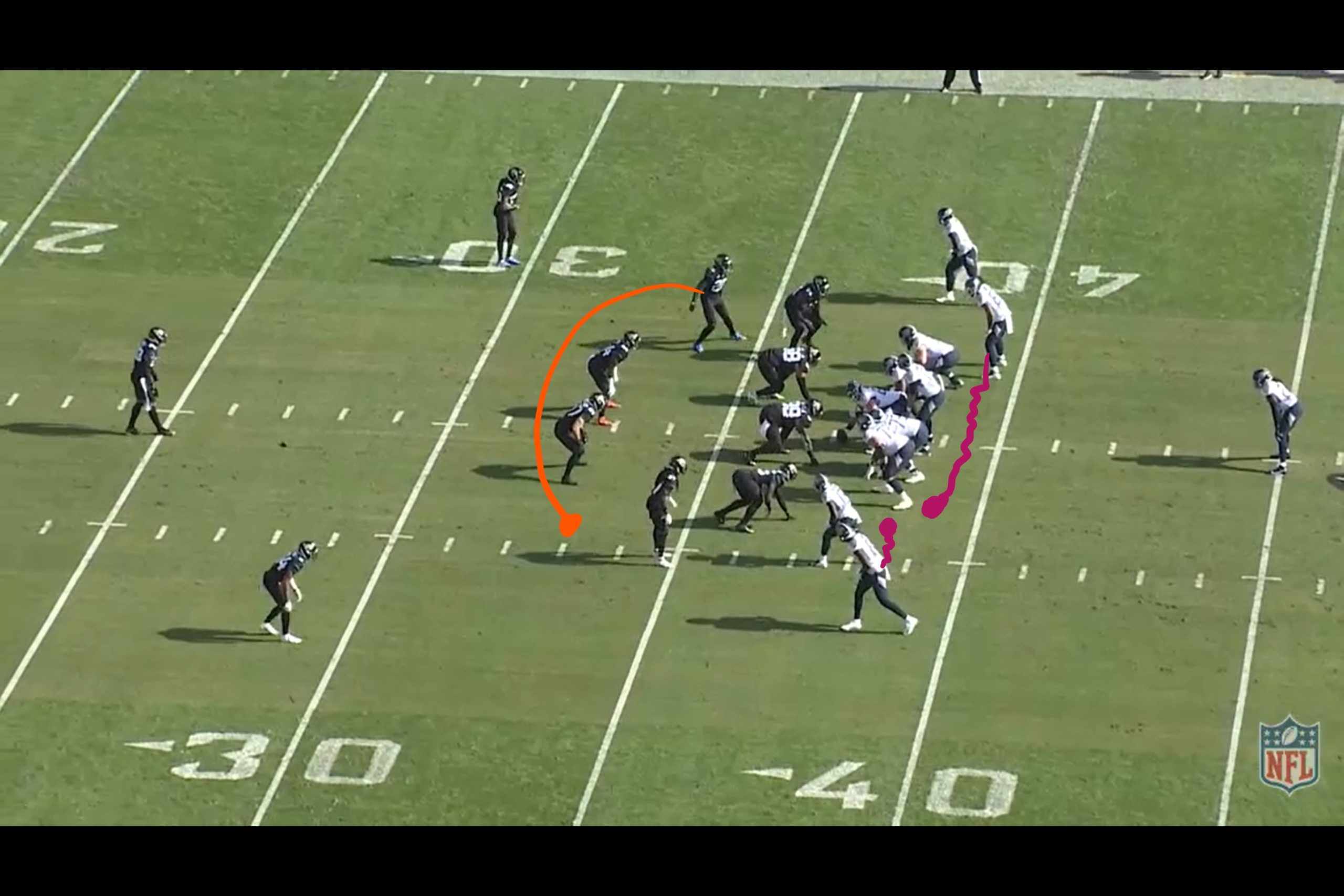 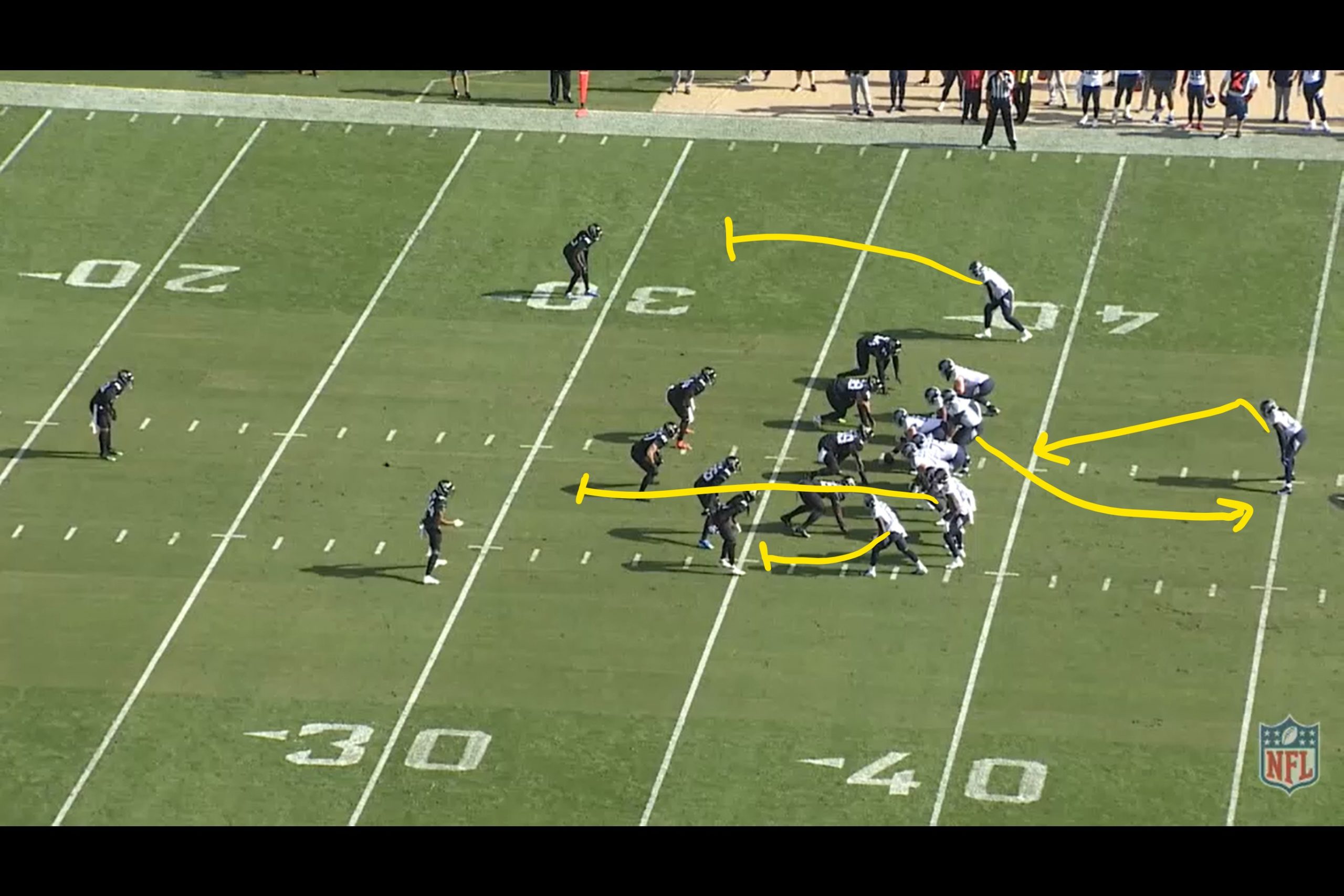 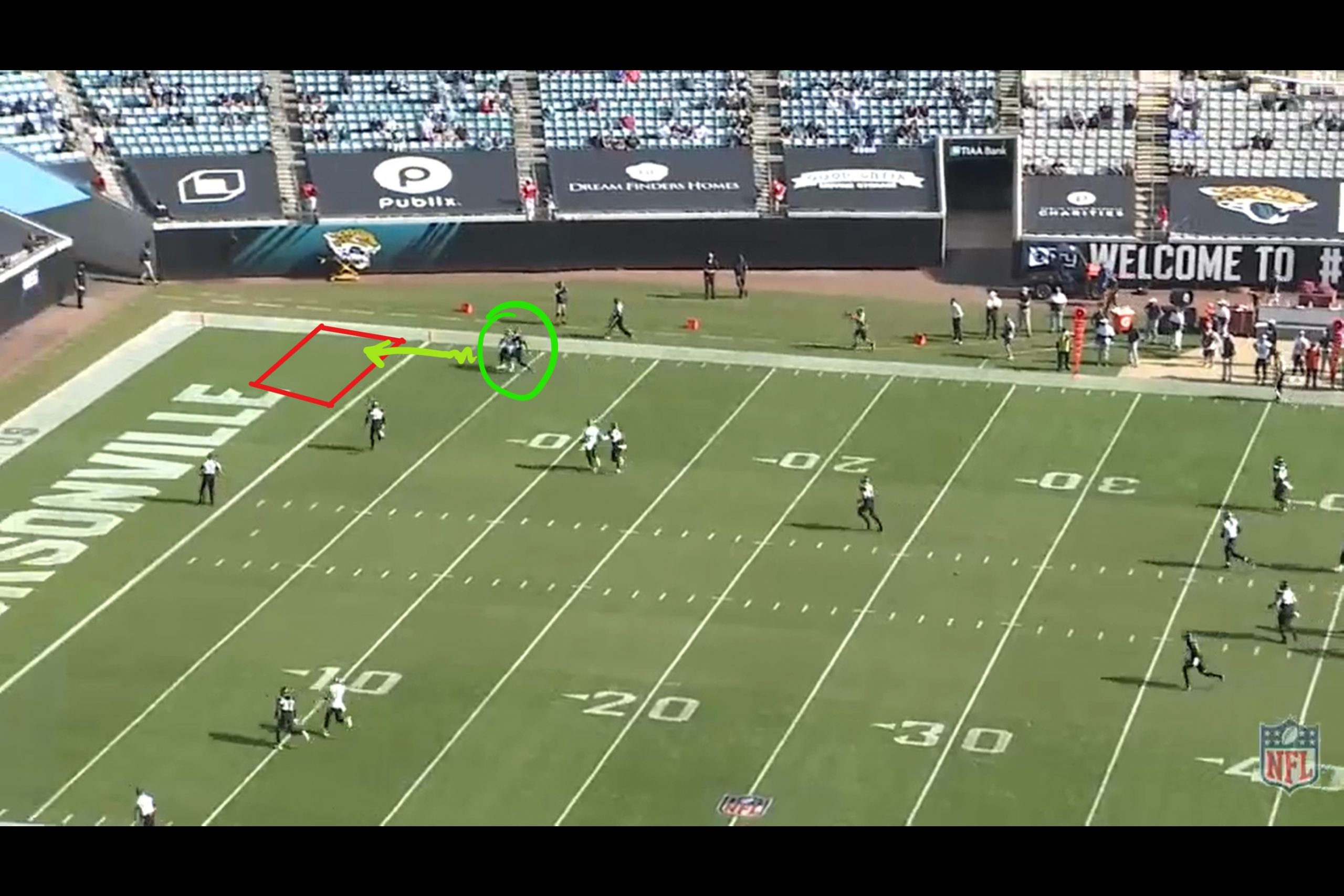 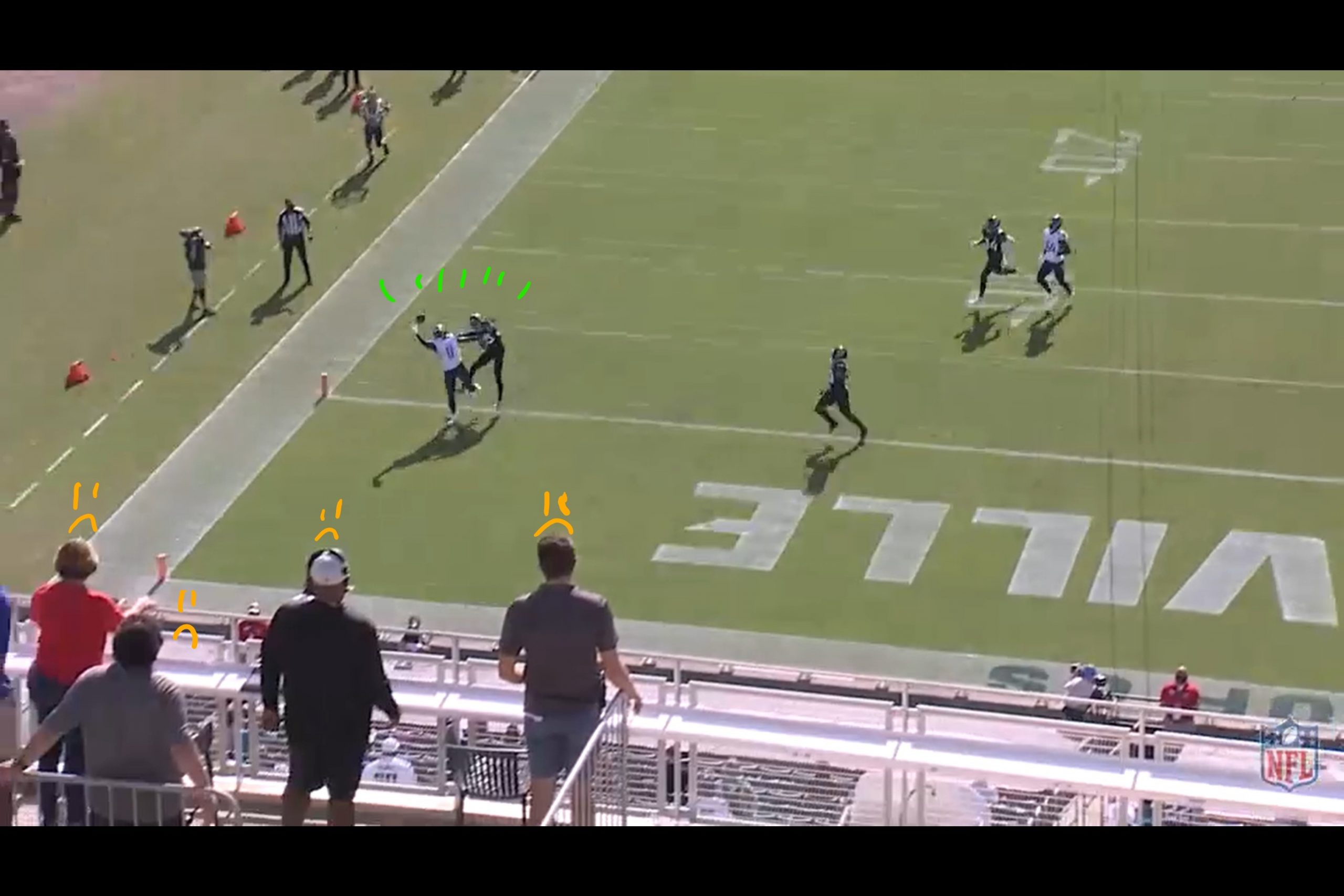 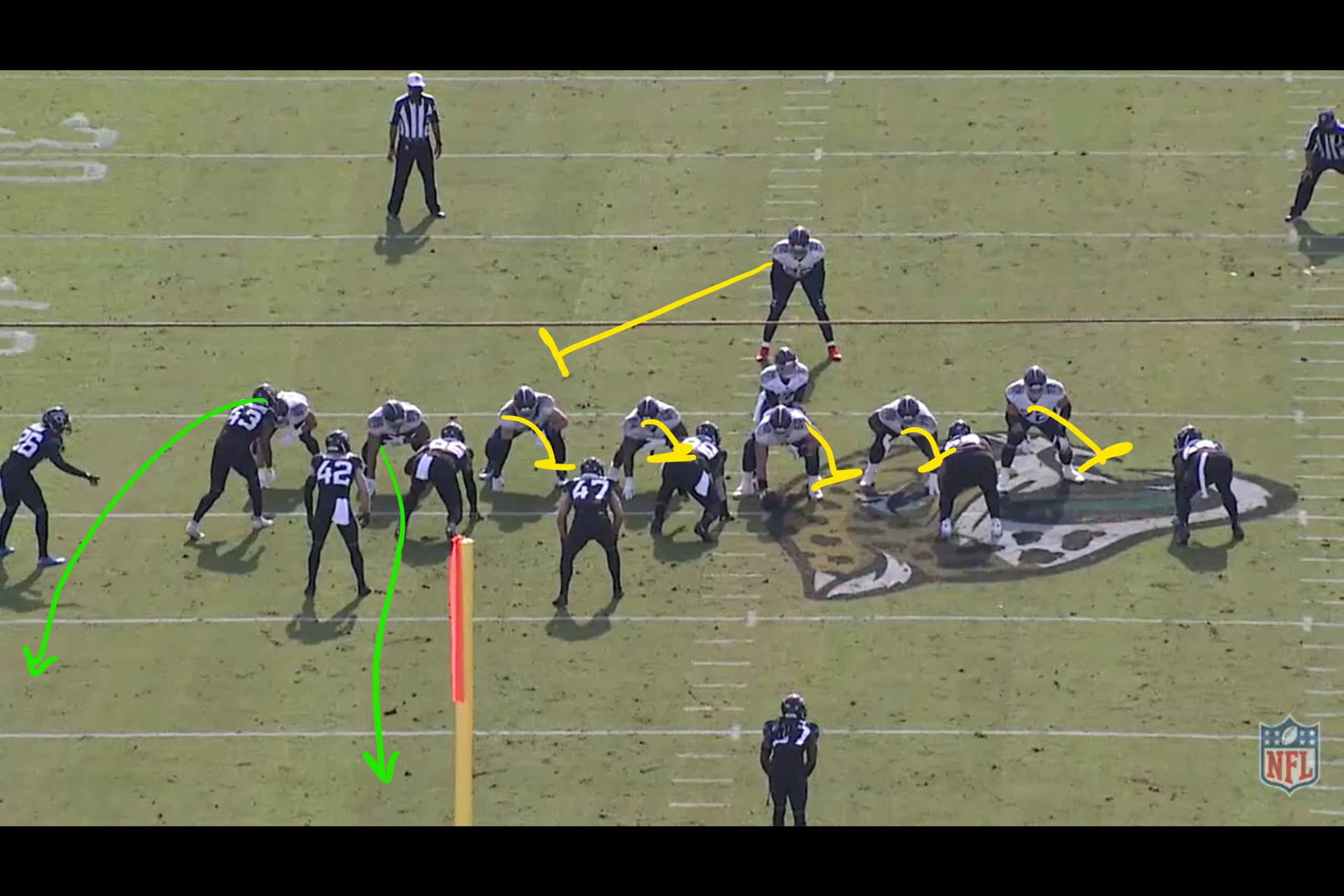 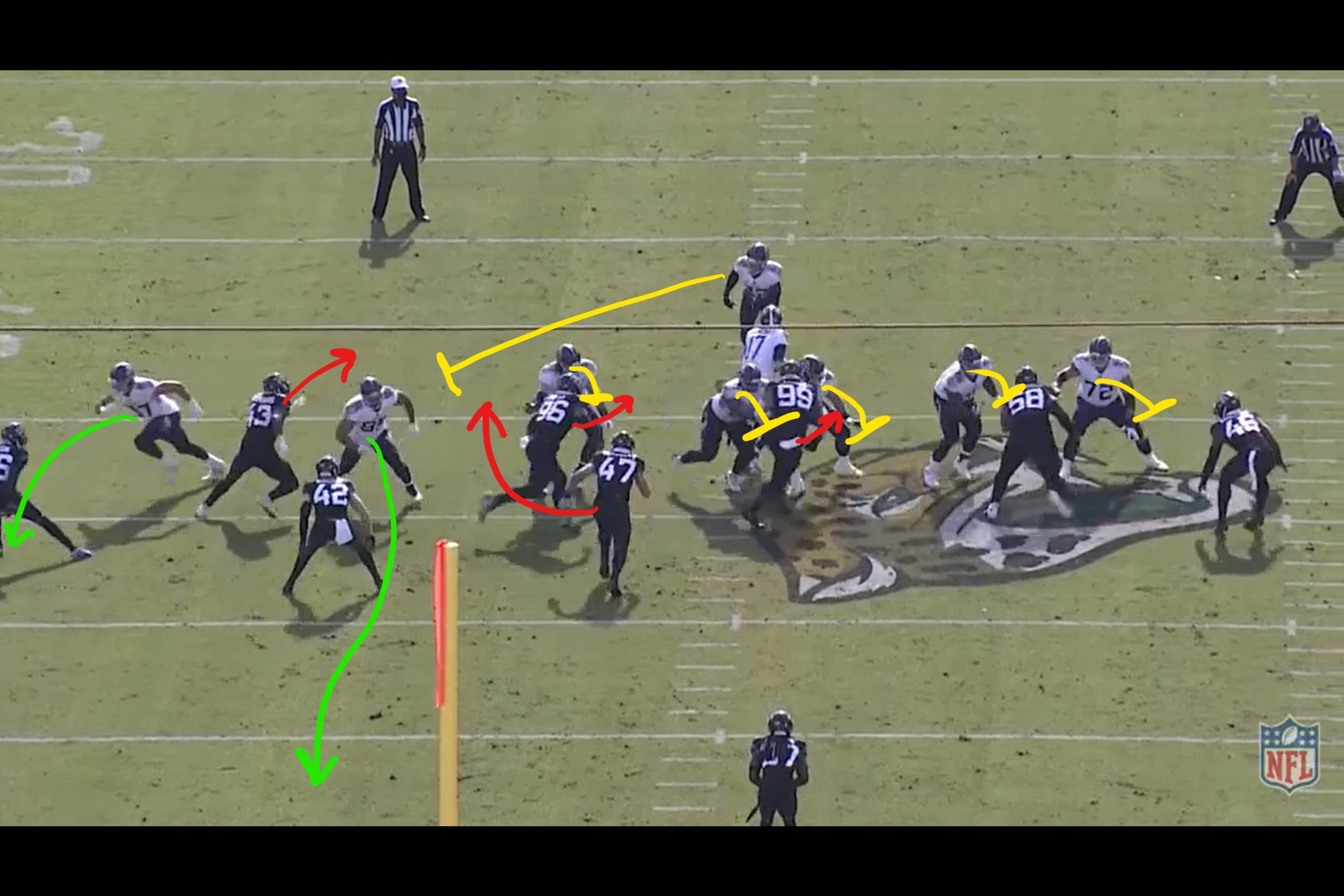 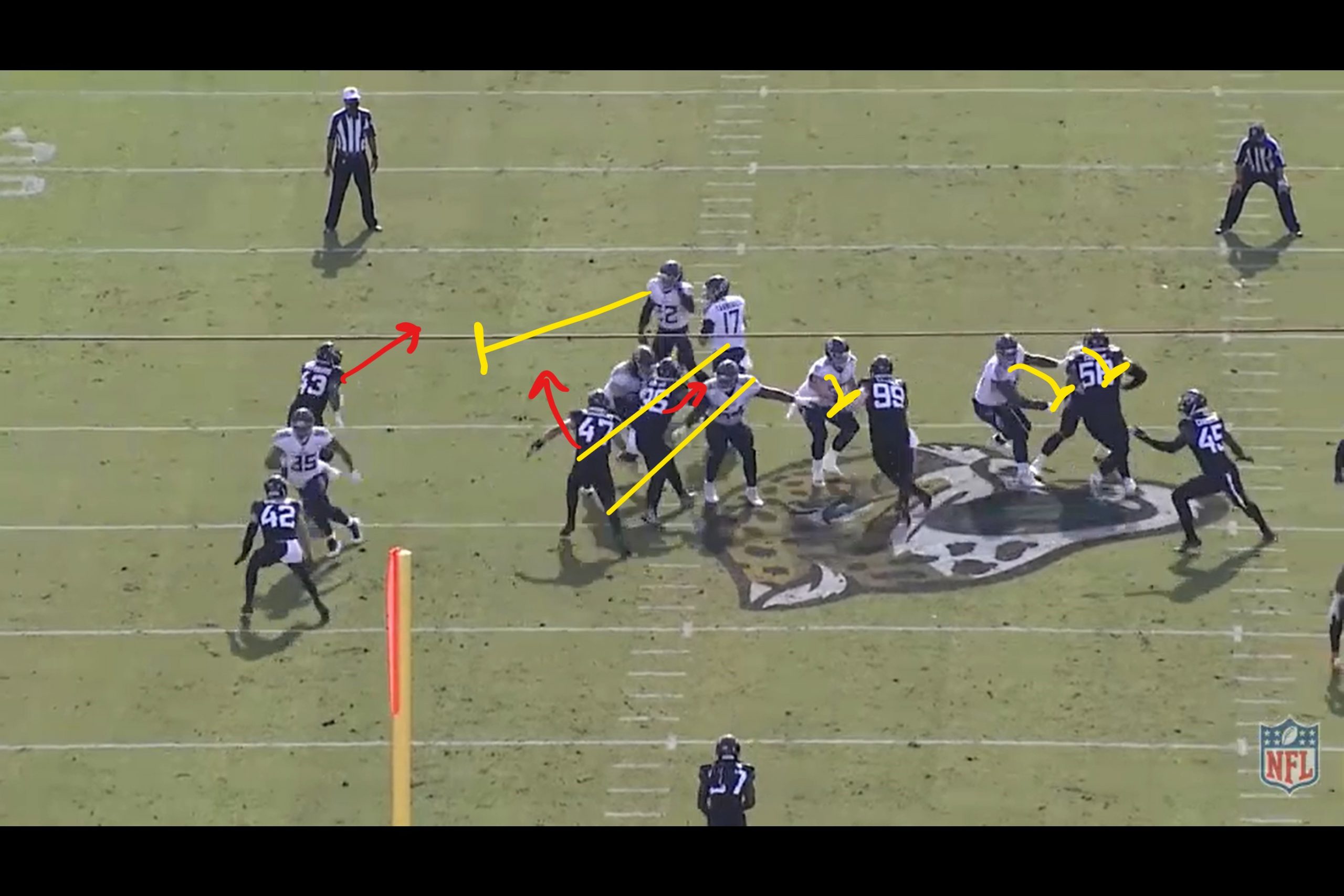 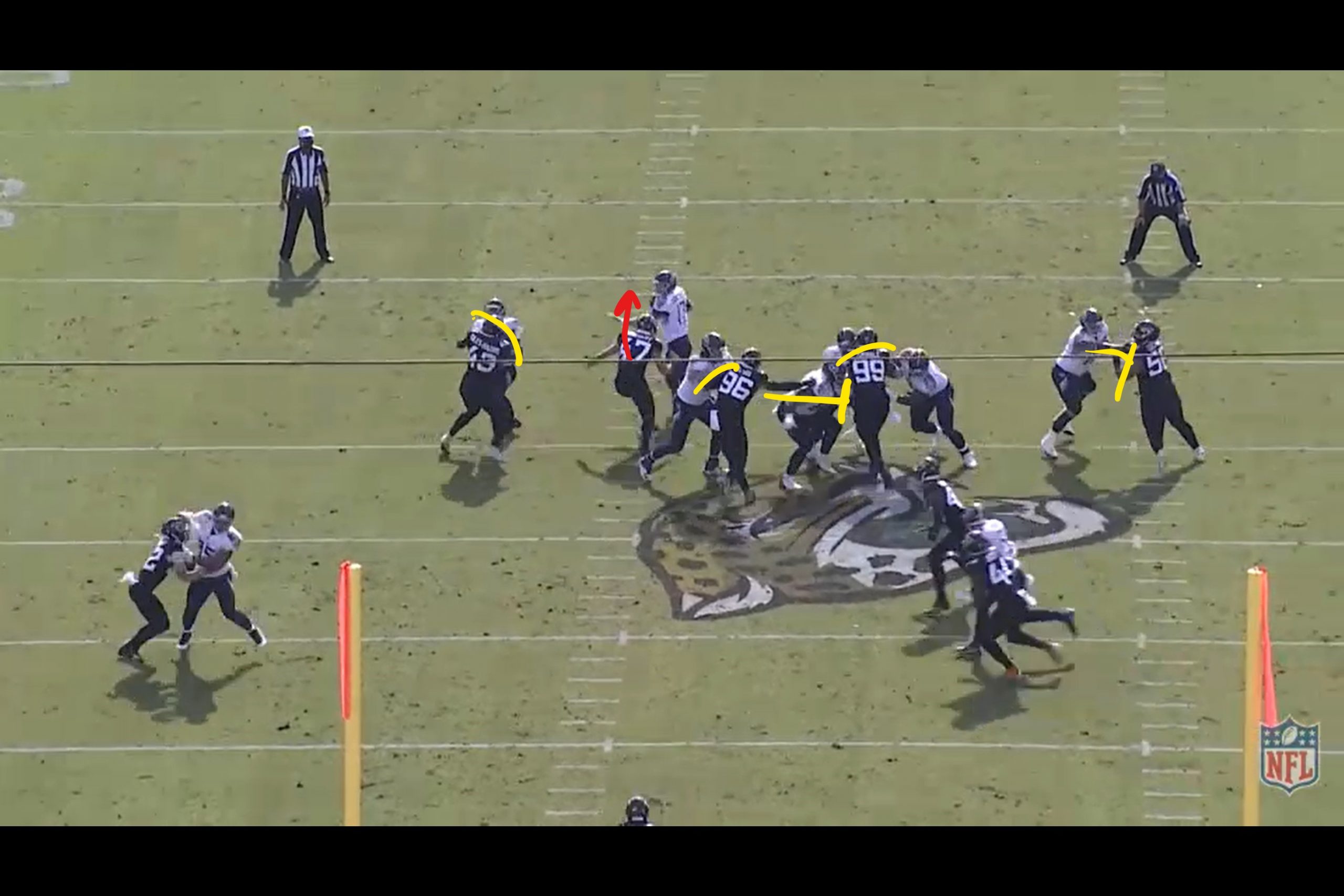