Happy Holidays to you and yours once again. Hopefully you are done with all of the shopping for your loved ones. That way you can focus on the impressive slate of games coming up over the next few days. The Titans offense was delivering gifts in the forms of stiff arms and touchdowns.

It was an impressive outing Sunday vs the Detroit Lions. A balanced attack was deployed that saw the offense taking advantage through the air and dominating the ground game. There was plenty to like it in the play calling, leaving very little to complain about.

One of my favorite series of the game was when Derrick Henry, on a first and 10, takes a zone play to the outside for seven yards. What was other-worldly about this play was the ferocity with which Henry threw another human being to the ground. I don’t know how Alex Myers stayed in the game. I would have probably faked an injury after that.

The next play saw the Titans attempt a naked boot. I generally hate this play call, but the Lions bit hard on the play fake and Tannehill was open for what seemed like 50 yards. After making a quick decision that no options in the flood concept were open, Tannehill took off with the ball and beat multiple defenders with angles on him to the front pylon. Malcolm Butler was not the only one shocked by Tannehill’s wheels this weekend.

One of the few bad plays for the Titans during the game was the safety that was given up by David Quessenberry. I wrote last week about Quessenberry missing a cut on quick game and how it impacted that play for the Titans. Here is another example, but this time Q seems to have missed the call altogether, thinking he needed to cut the end man to keep the defenders hands down and out of the throwing lane. No other Titan is running a quick game concept in blocking or route combinations. In fact, A.J. Brown appears to be attempting an out-and-up double move, which would explain why Tannehill was holding the ball so long.  Quessenberry did seem to indicate he realized his mistake right after the play.

I wanted to again call out a couple of players prior to the illustrated breakdowns:

This offense has nice complementary plays and players to go to throughout each game. I had so much fun reviewing the tape from this game, I found myself re-watching most of the plays and having to remind myself to go on to the next one.

Let’s take a closer look at some of the plays that contributed to the Titans runaway win, but first, my notes: 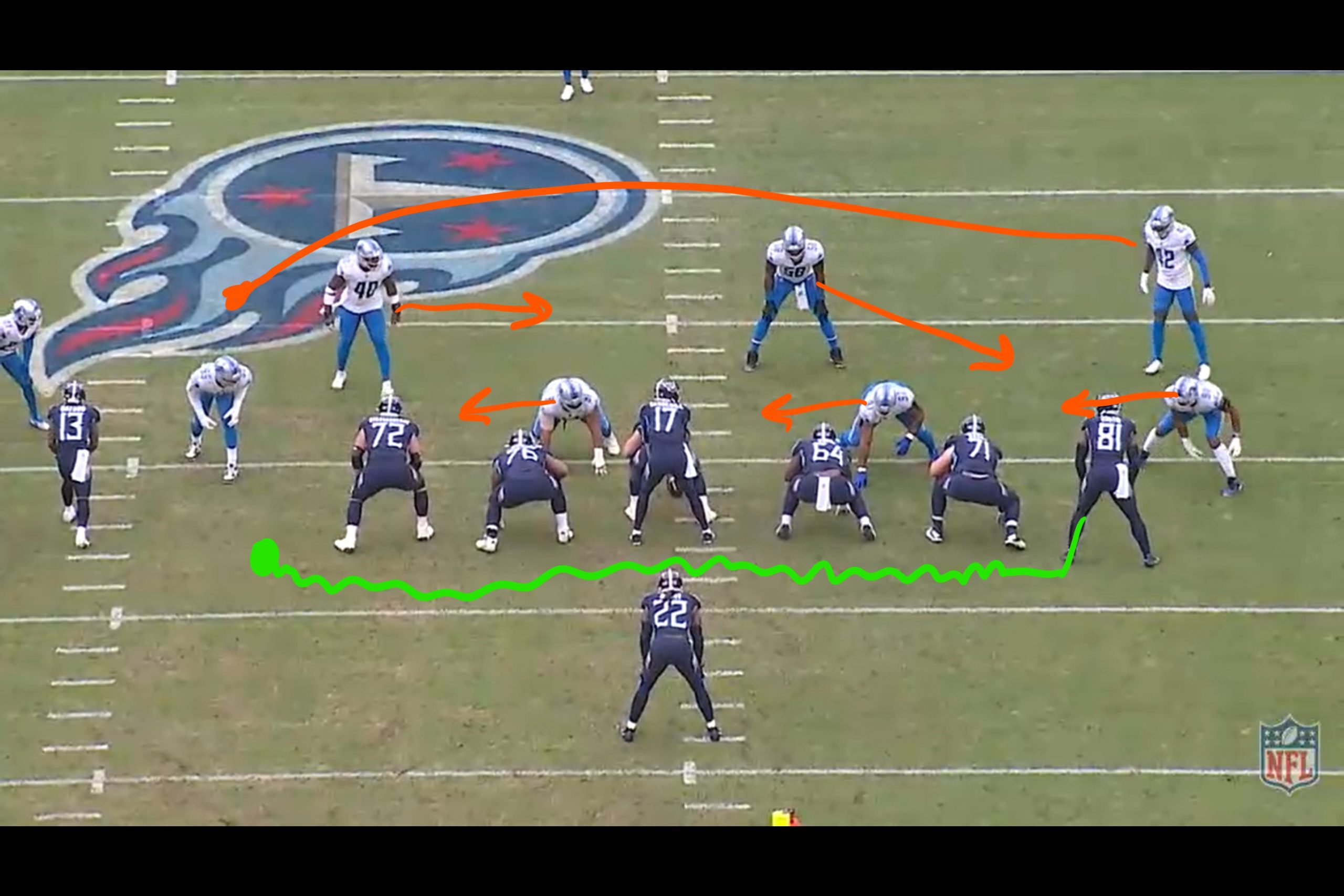 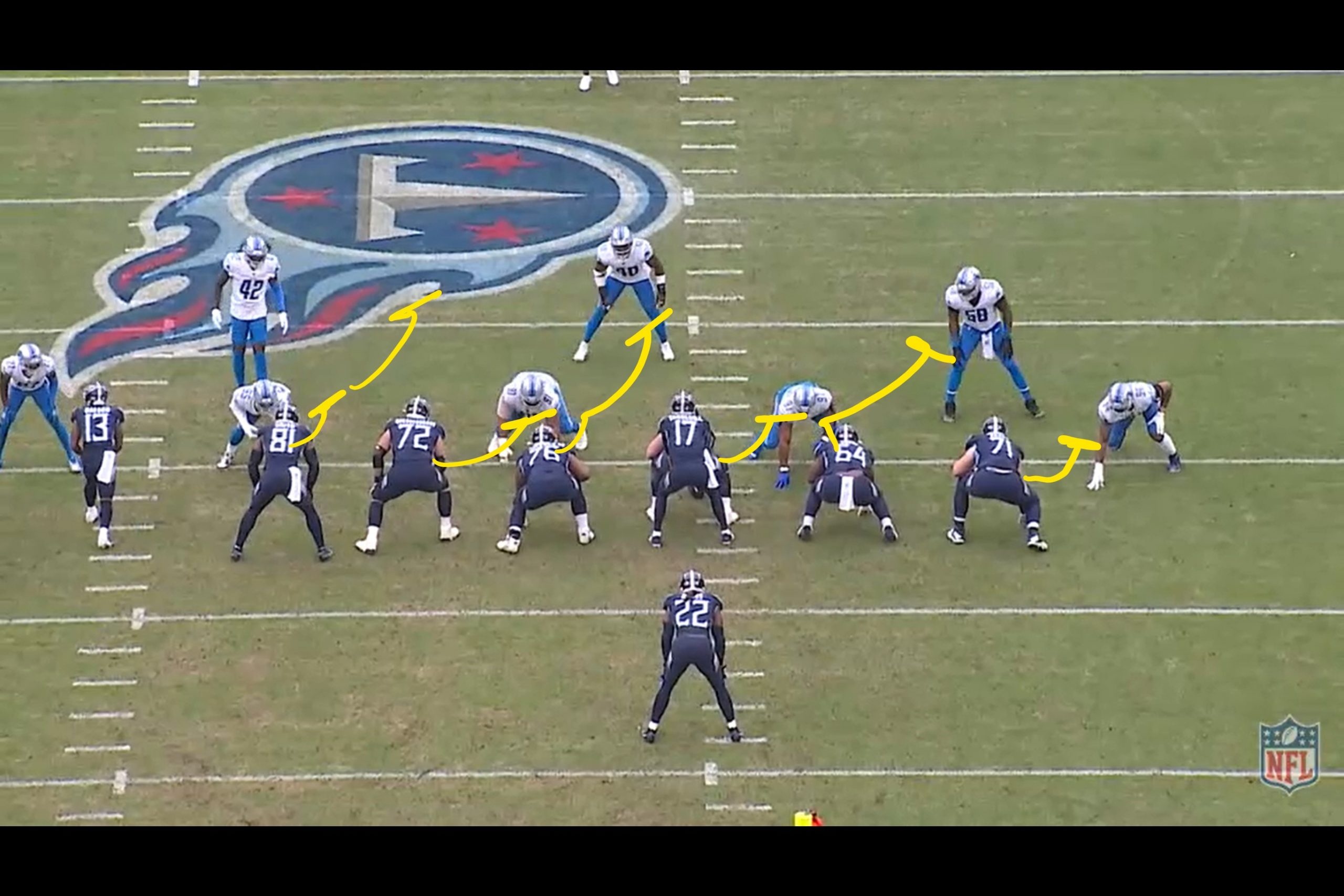 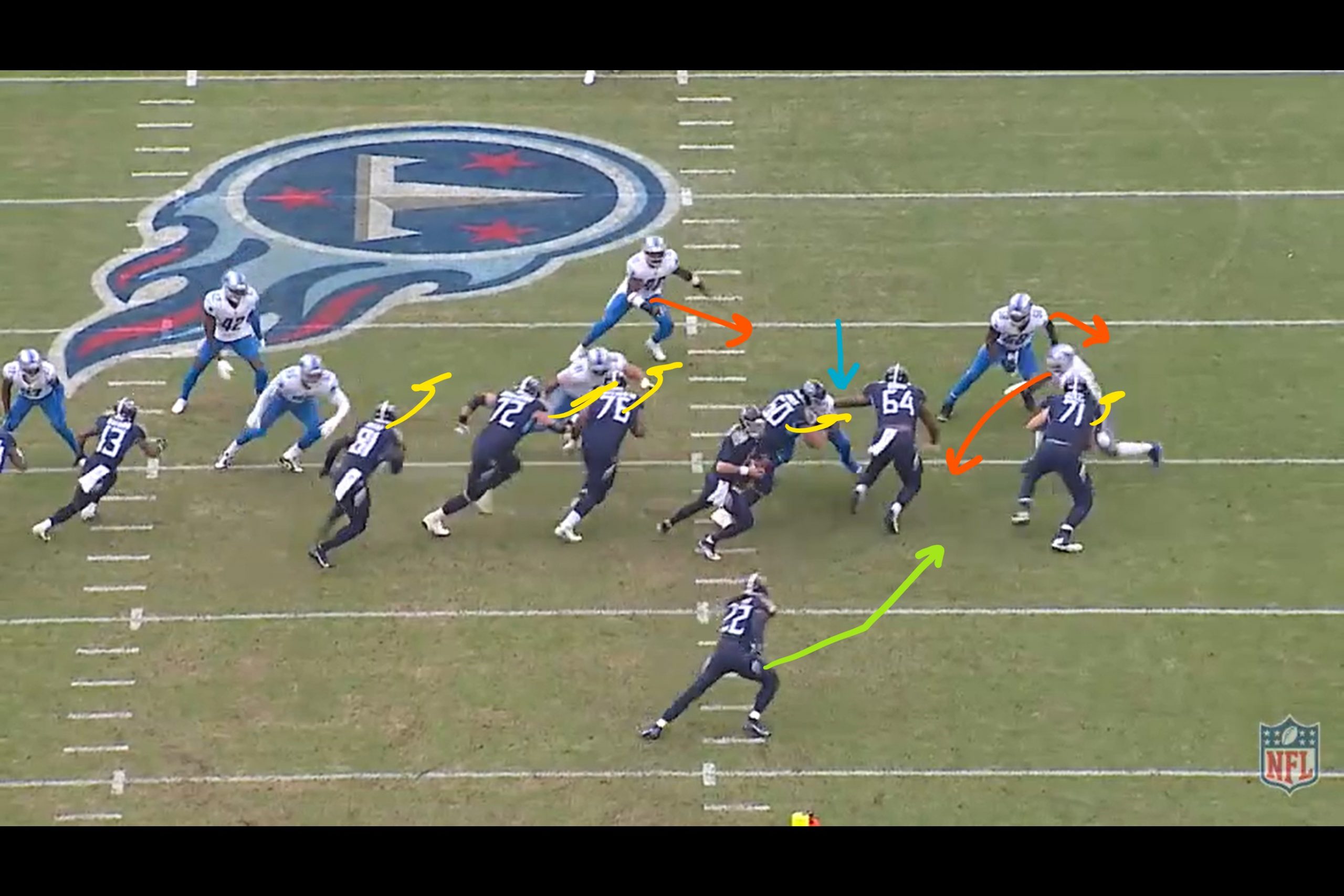 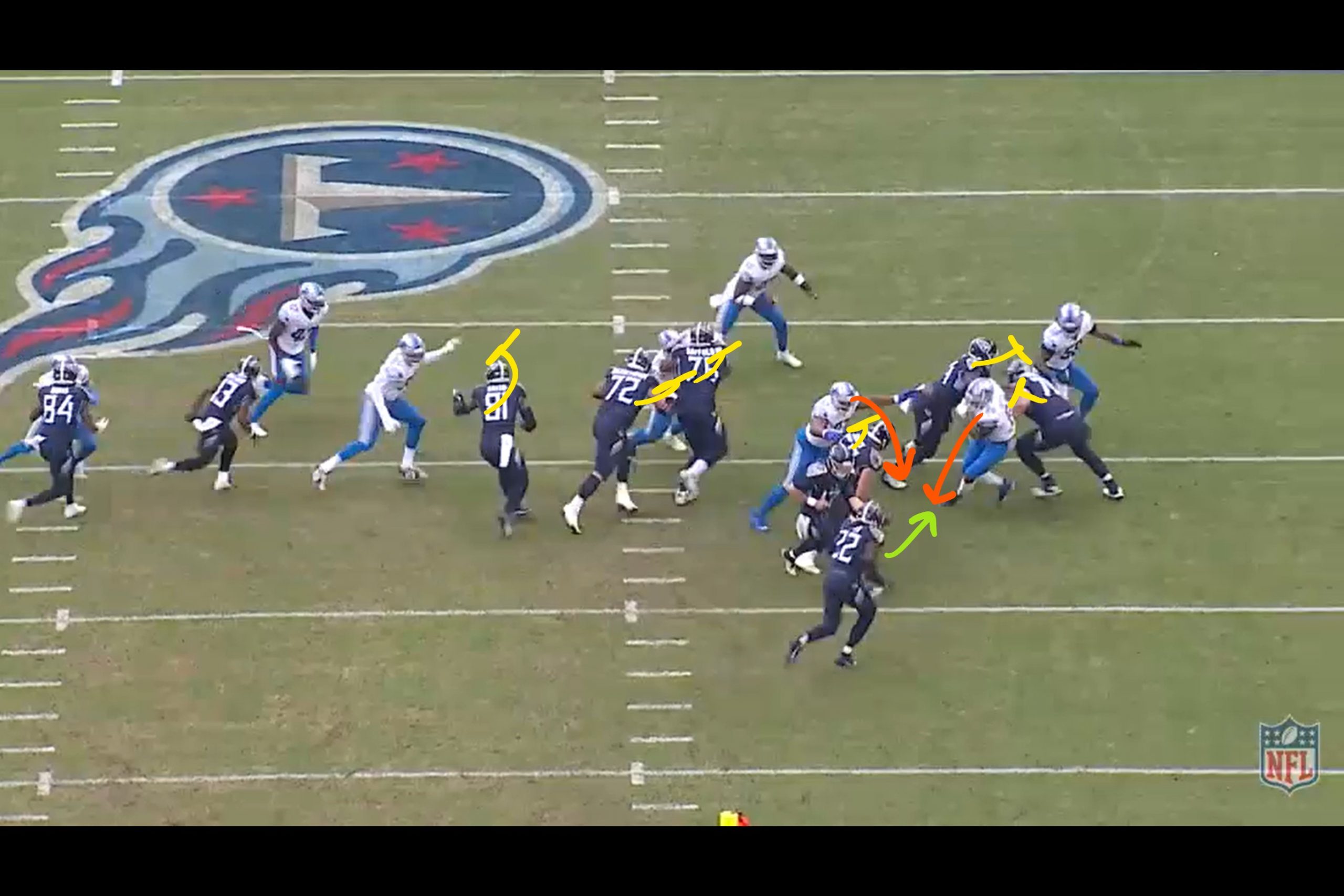 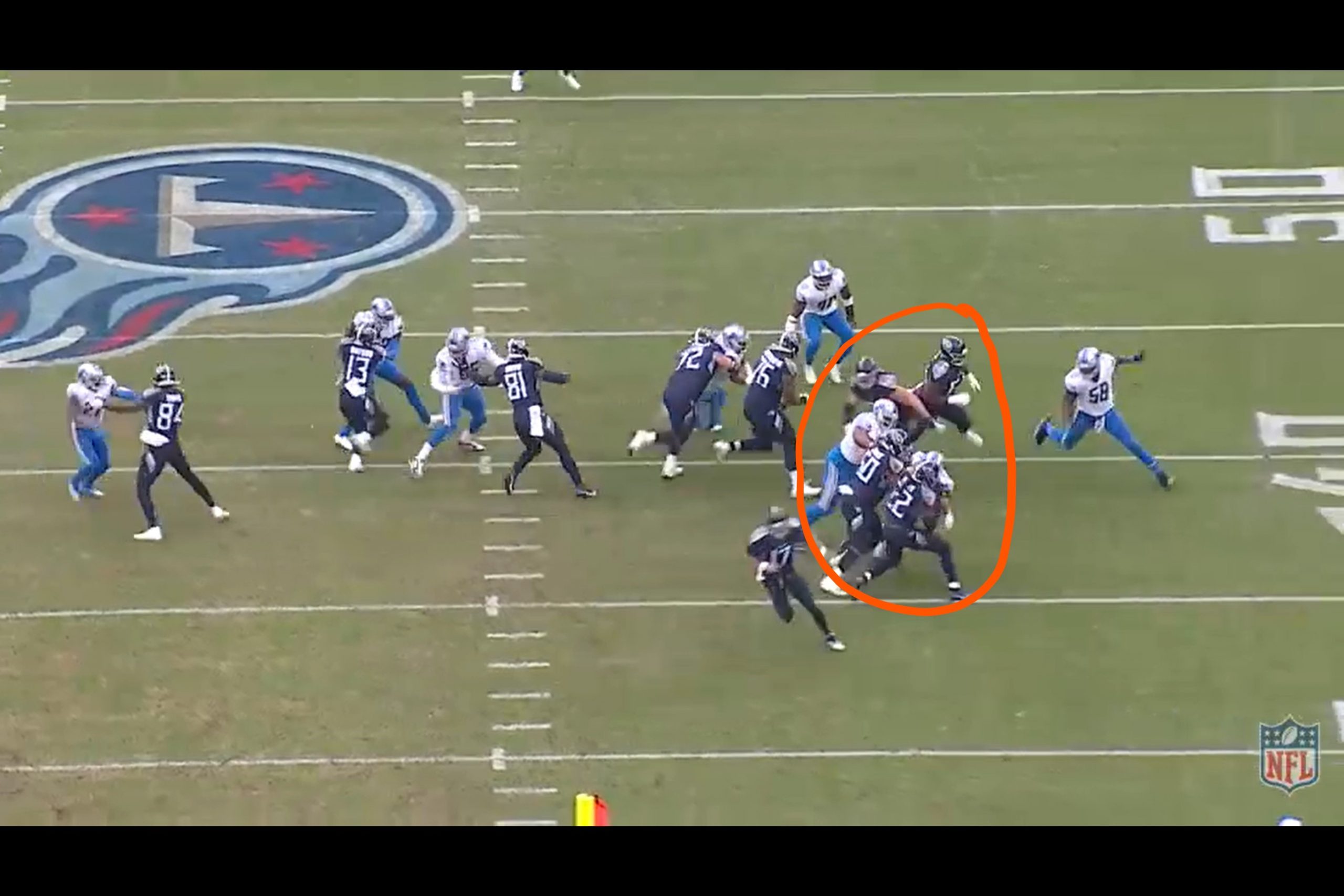 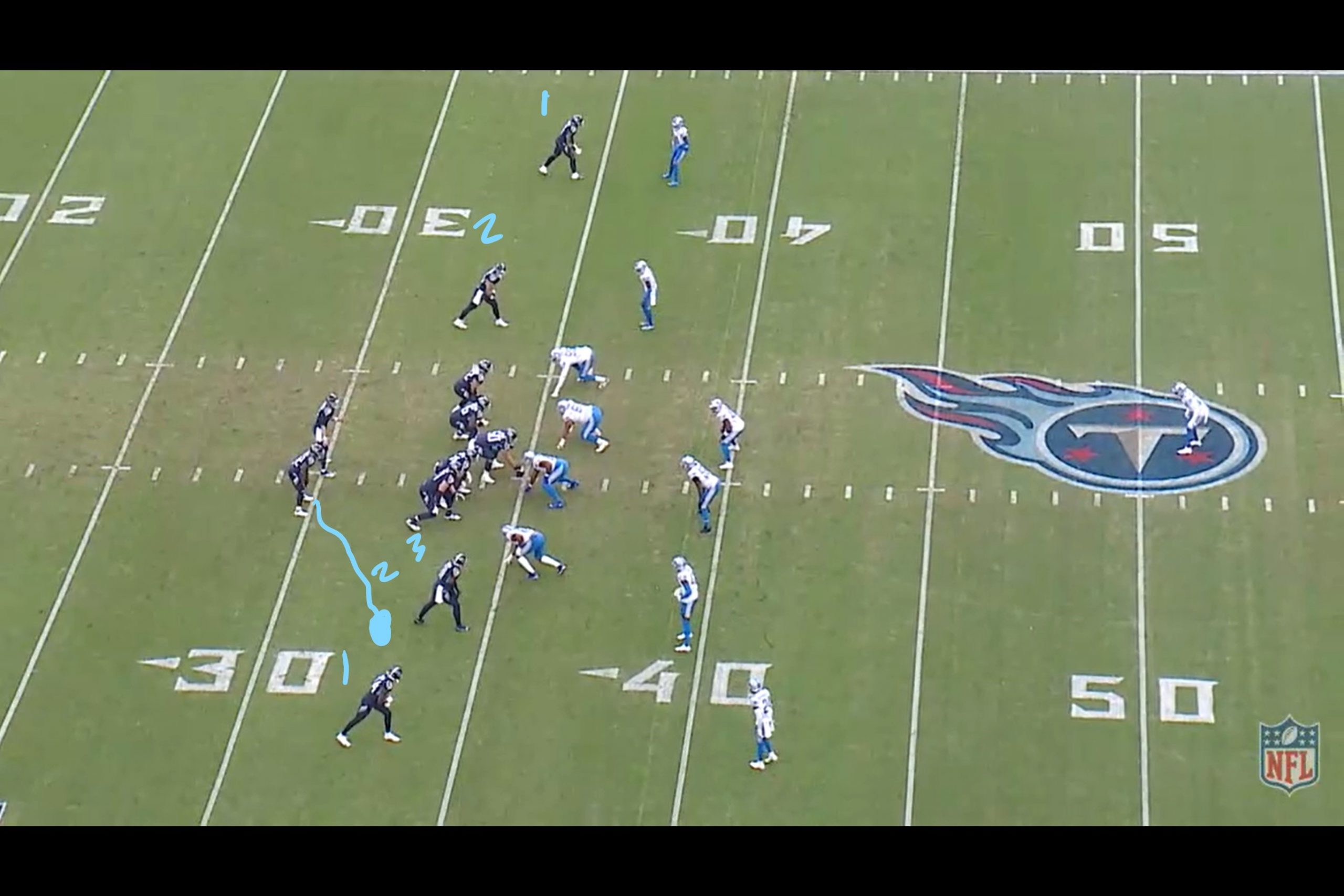 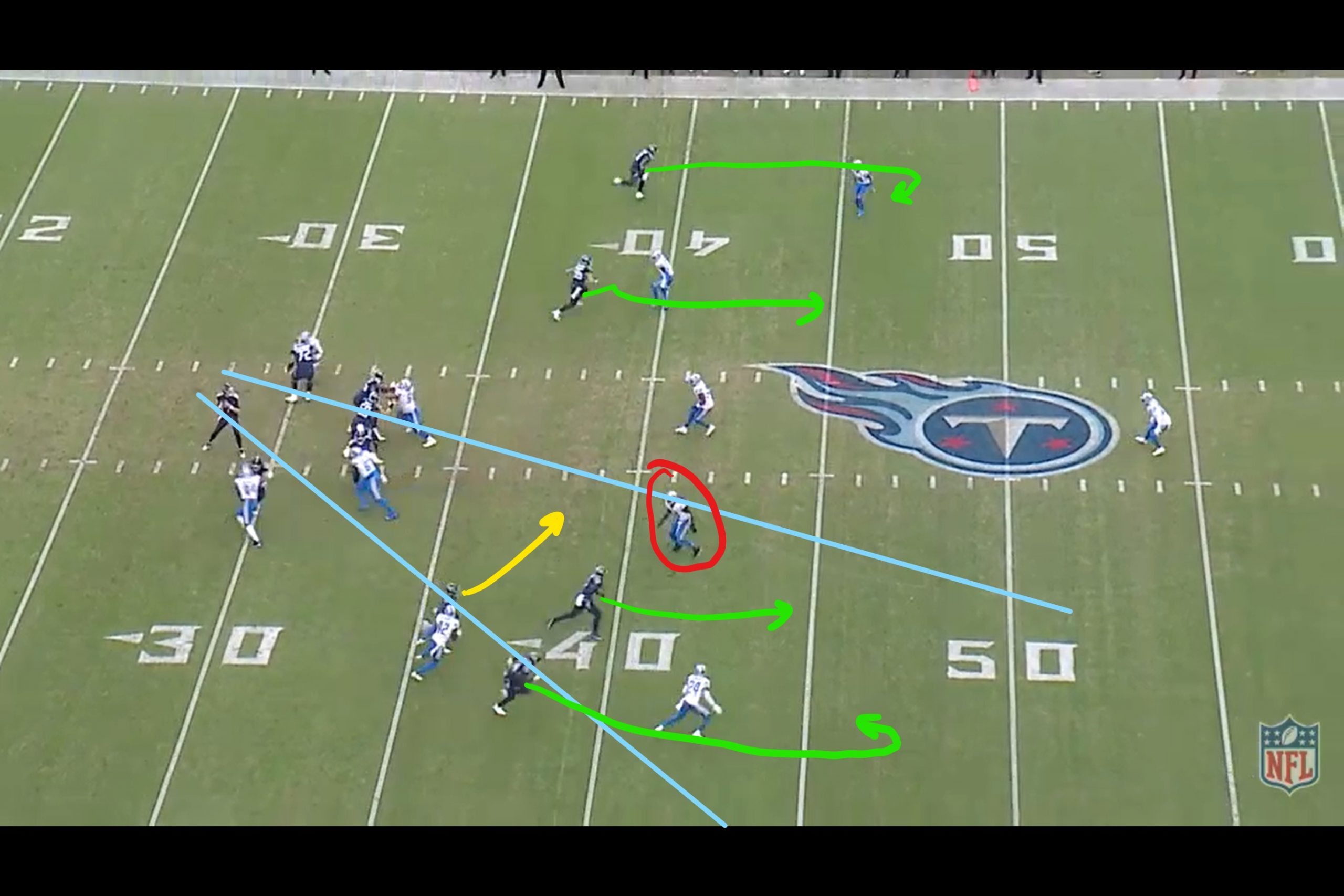 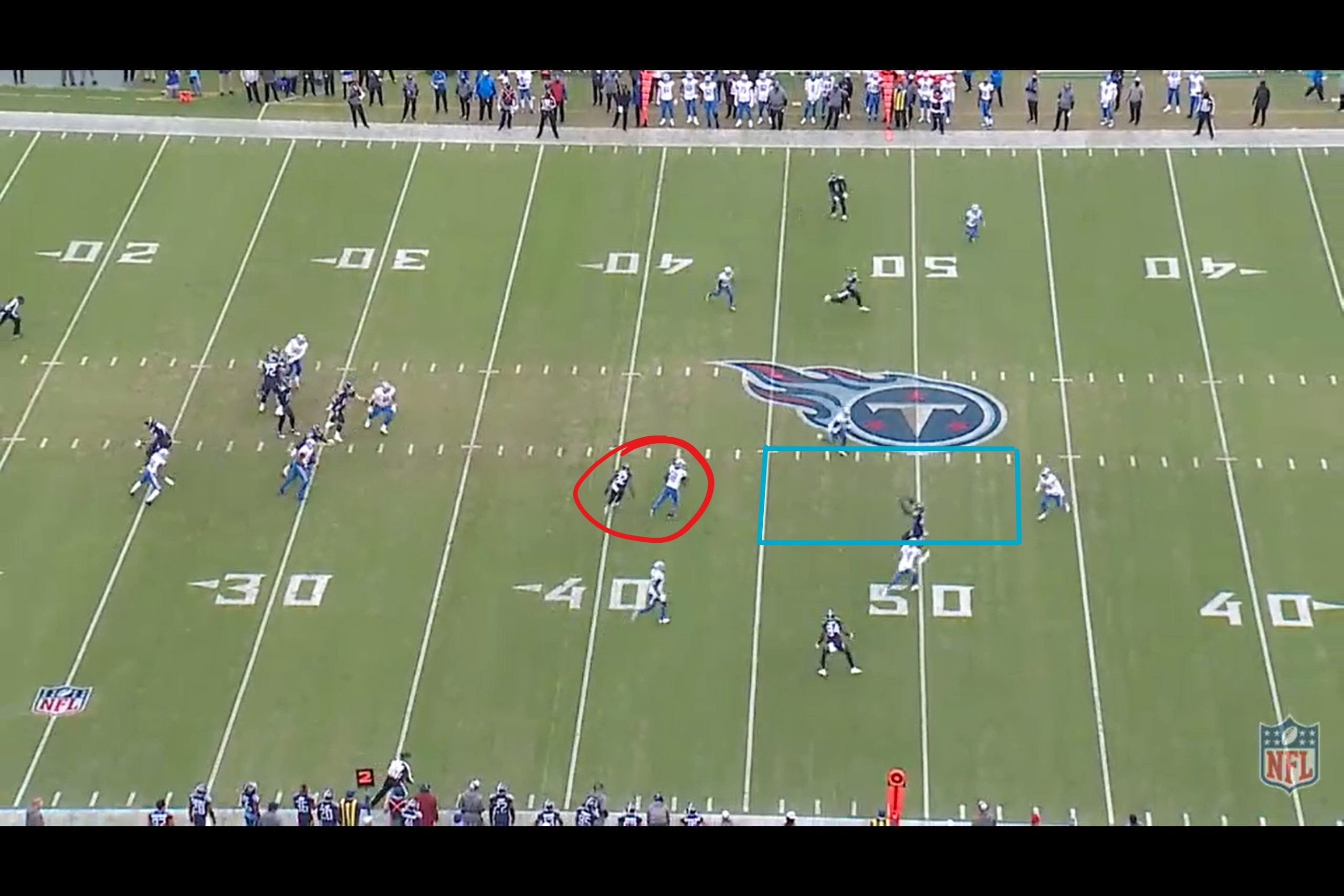 Which teams have met with which 2021 NFL draft prospects?…