Happy turkey week to you and yours! There is a lot to be thankful for even in bad times, one of those things might be a recent Tennessee Titans win. Once again I’ve taken on the All 22 offense review from the esteemed Mike Herndon and combined it with my usual In the Trenches column.

The Titans were able to avoid falling to 6-4 and improved to 7-3 with their overtime win over the Ravens. Getting back on the winning track helps keep pace with the Indianapolis Colts, who beat Green Bay to maintain their status at the top of the division. This sets up quite an important game on Sunday.

The positive start is even more impressive when considering Aaron Brewer was making his first career start in place of Rodger Saffold. Brewer played admirably in his first NFL experience. There were a few miscues, as can be expected, but this was a very good first start for the young player.

Another injury along the way was suffered by Ty Sambrailo, who left the game in the fourth quarter. David Quessenberry entered in relief for the two remaining drives of significance (there was a one-play kneel down as well). Quessenberry played well and should be the left tackle (unless there is another surprise move) for the next few games as Sambrailo was placed on IR.

It should be interesting to see what happens when Saffold comes back, but I am starting to lose my concern as the offense seems to be getting back on track just in time. I will look at the Whiteboard Reviews down below and talk about a few plays from the game. But I also wanted to include a few of the notes I took while going through the film.

One of the strategies the Titans used early was to chip with a WR or TE to help the tackles against Baltimore’s pass rush. They also utilized run-block fakes and late leak outs. 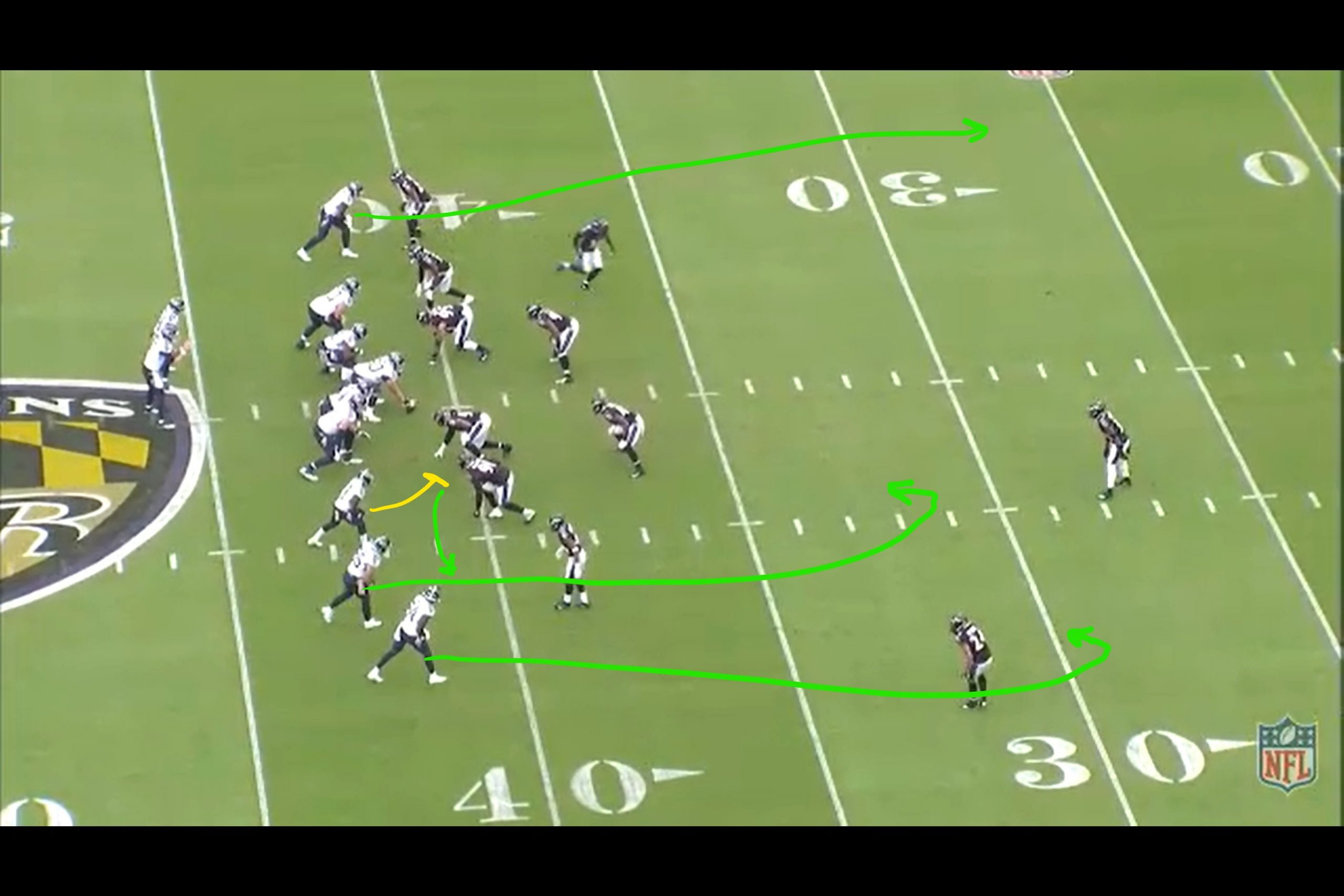 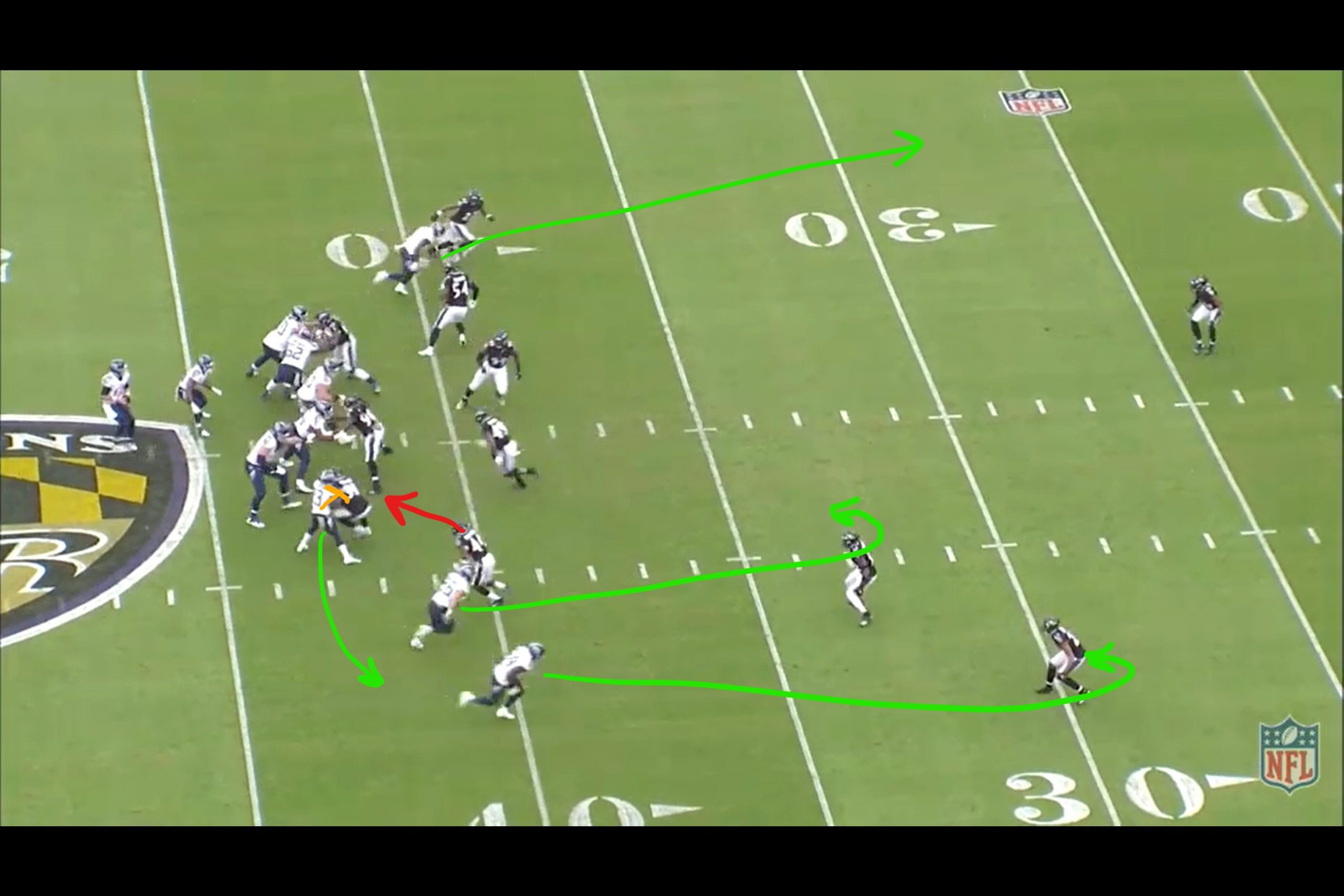 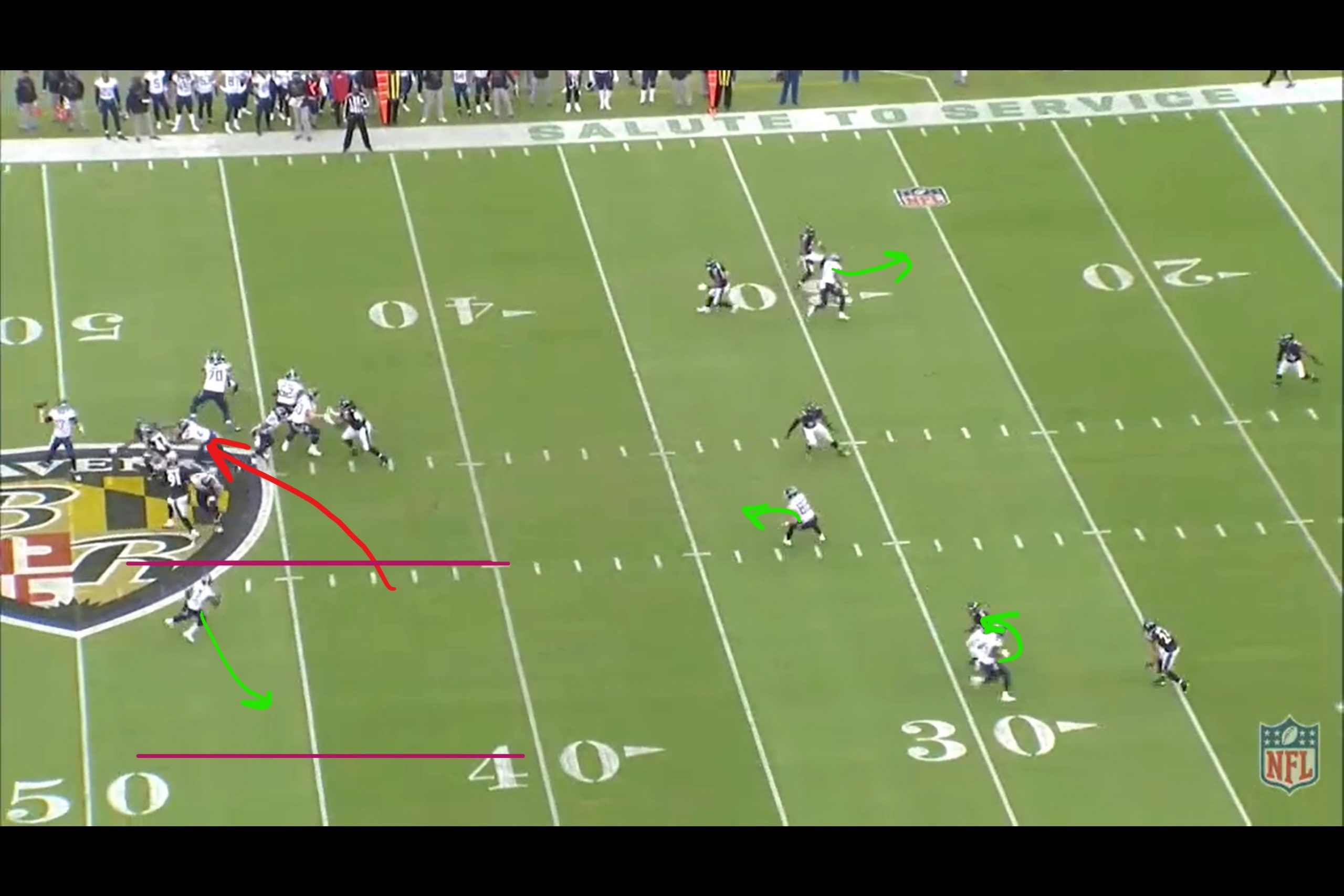 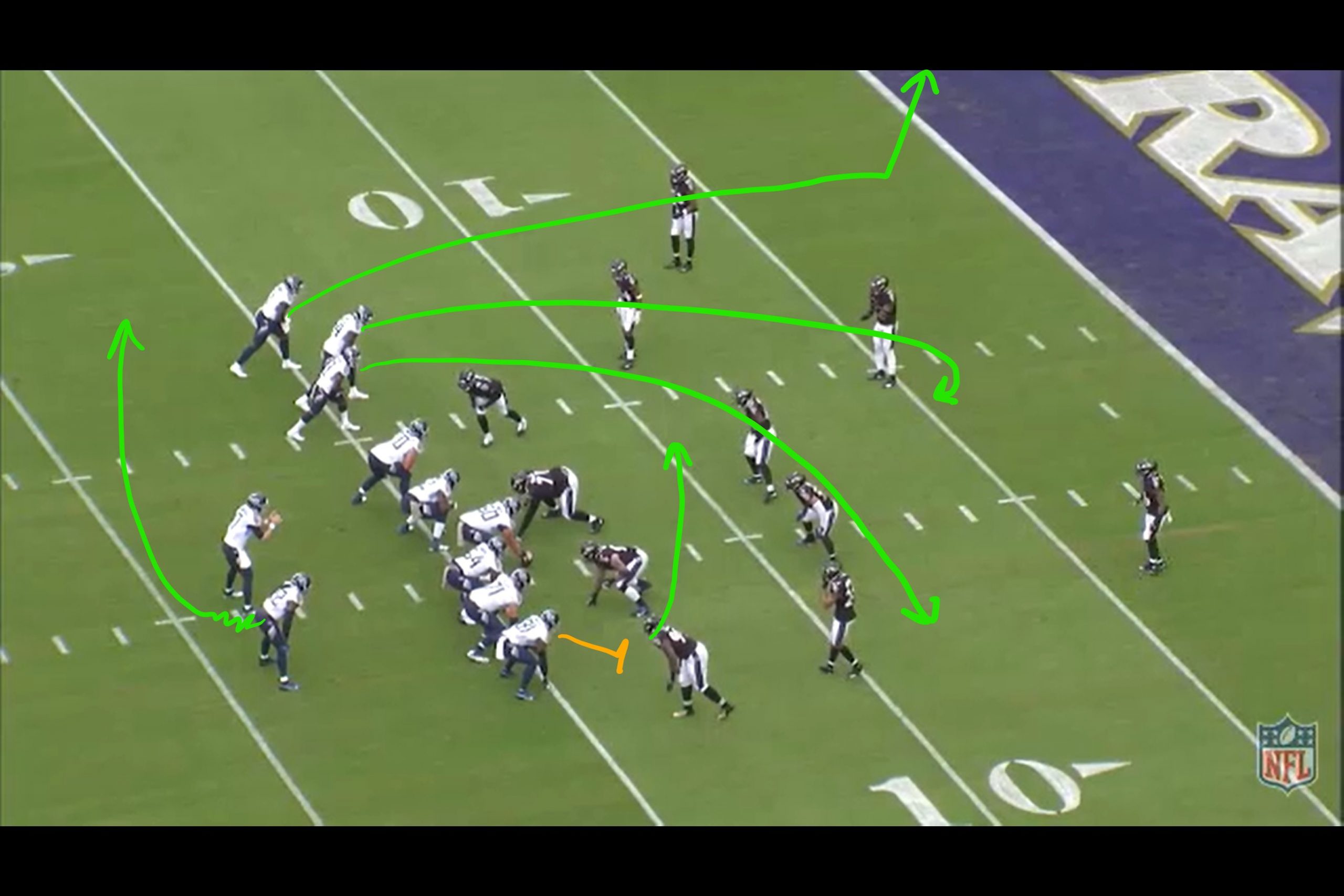 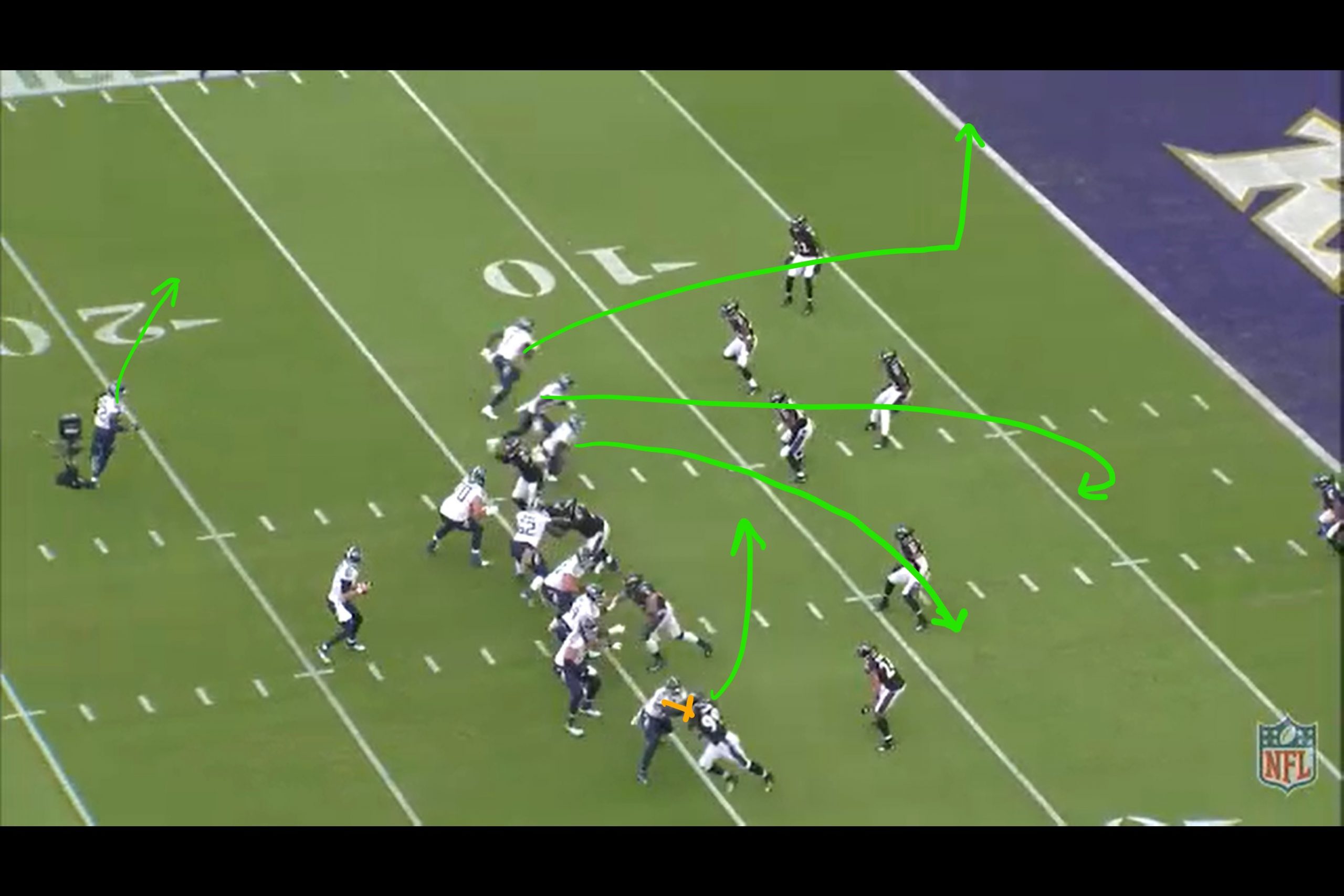 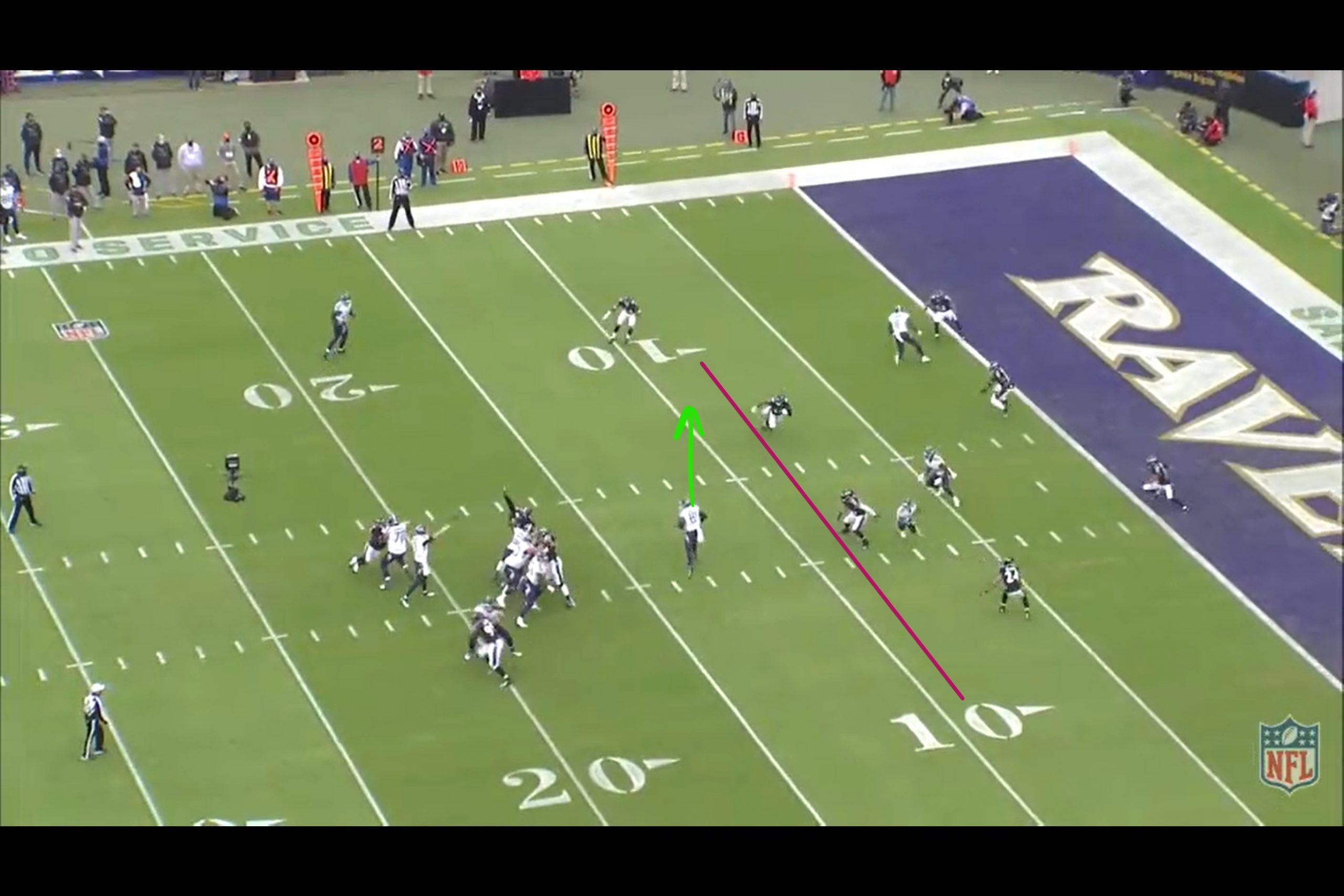