While growing up in Clarksville, Jeremy Devito fell in love with soccer. His two brothers played for the local developmental league, the Clarksville Royals FC, and Jeremy played in high school. Moreover, when he wasn’t competing on the pitch, he was either playing FIFA or thinking about soccer. The sport, he observes to me, took over huge portions of his life.

His fanships developed in those odd organic ways that we’ve all experienced: FIFA led him to support Liverpool and simple patriotism led him to the US National teams. Jeremy sought out soccer everywhere. At home, of course, but when he traveled to England and Spain, he made trips to watch soccer. When professional soccer reemerged in Nashville, his passion multiplied.

While growing up in Clarksville, Jeremy Devito’s father used to ask Jeremy to introduce himself at times by saying he was going straight to West Point when he grew up and would have a career in the Army. At first, however, the military option did not come to pass. He graduated, took a job, fell in love. You know the story. However, while working retail, a girl broke his heart, and he decided it was time to join the army.

From 2009 to 2012, Devito served several tours in Afghanistan and in other battle situations. After going through special ops training, he served in Psychological Operations (PSYOP), working to win the hearts and minds of Afghani citizens, one village at a time. For example, along with Green Berets and Navy Seals, he was embedded in small communities, setting up radio stations and training local police. While there is plenty that is admirable about his duty, Devito waxes most poetic when he talks about how the military can function in idealistic terms.

“In every way—race, gender, urban-rural, politics—the Army was the most diverse workforce I’ve ever been in,” Devito notes, “But, on a mission, everyone knows they are just one part of a much larger group, with one mission in mind. It works, almost magically, because you do become one out of many.”

It is the connection Devito makes between the soccer fan experience and his military experience that lights things up in the most interesting way. In both cases, a wildly diverse group of people lose their sense of self in pursuit of a common goal. When Devito talks about the ways people get lost in the crowd or lost in a mission, he sounds like philosopher Simon Critchley discussing the “sensate ecstasy” experienced by soccer fans: we lose ourselves in the thrill of a larger mission and in the body of a unified crowd.

With that parallel experiences of his work in the military and his excitement in the soccer crowd in mind, Devito, along with his friend Gil Martinez, have launched FUBAR (look it up!), an emerging Supporter’s Group for Nashville Soccer Club. While open to anyone, the group has largely drawn interests from military veterans. Devito told me that their Facebook page is filled with veterans sharing service records and making links with each other about common deployments. Having gone to the page, I can attest that there is something moving about the shared records, the shared photos of service. 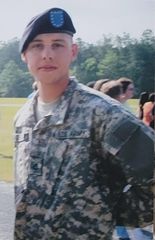 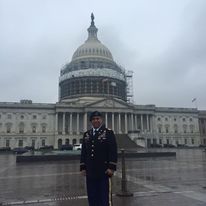 Again, I want to stress, Devito sees this group as open to everyone, and he wants it to be as diverse as possible. Rather, it’s the common experience of knowing what it’s like for a wildly diverse group to become part of a commonality, with a shared mission and focus. While people may at first have a stereotype of what a “normal military” person is, Devito stresses over and over that it’s far more diverse in every way than people might think if they rely on preconceptions.

That said, one thing common to all ex-military is that they can look at the situation they are now in, know that it’s not the type of messed up situations they’ve experienced in the past, and therefore have a hell of a good time.

While he has been a member of La Brigada de Oro (you should see him wax poetic about the food at their tailgates), he wants to see FUBAR become a recognized part of the Backline. And with more than 100 people already showing interest, he doesn’t see that as being a stretch at all.

While the group will be a traditional supporters group in the sense of having tailgates and cheering for NSC, their charitable work will be focused on working with veterans and supporting veteran organizations. Members of FUBAR will vote on where they want their money to go.

The FUBAR logo was inspired by Full Metal Jacket, a classic film that holds special interest for military veterans (I happen to LOVE this logo).

FUBAR, supporting NSC, stressing the one out of many, and the joy of the present moment.