After this weekend’s slate of MLS matches, our power rankings have been updated accordingly. Let’s dive right in.

These power rankings aren’t subjective, but use a stats-based model for each team to get a more in-depth look at where clubs actually stand. The model weighs points per game and strength of schedule heavily, and also factors in goal difference and expected goal difference to show not just how teams have done in the table, but how they’ve played on the field. If you’re interested in the methodology, the full model can be viewed here.

Overall, there’s not too much drastic movement this week. Real Salt Lake jump up five spots into eight place after a 4-0 “away” win over Vancouver Whitecaps (played at their home stadium). They’re into sixth place in the West with at least a game in hand on all but one team ahead of them. It’s still early enough in the season that nothing is locked in, but they’re already an early surprise.

CF Montréal are the other big mover, jumping six spots into 14th place with a 2-1 win over New York City FC. They took me (and virtually everyone in MLS) by surprise this year. They were nearly a unanimous pick to finish bottom of the conference, and yet with 35% of their season played they’re fourth in the West. The model dings them a good bit for their strength of schedule (Nashville and New York are the only sides they’ve played who are in playoff position), which is why their ranking and table position are so discrepant, but if this form continues in their coming slate of games, they’ll rise fast.

These projections will change significantly over the course of the season as teams get larger sample sizes at home and on the road (Nashville, for example, have just played away three times this season). And they’re not a concrete attempt to predict the final table, but rather to show each team’s trajectory based on current form. 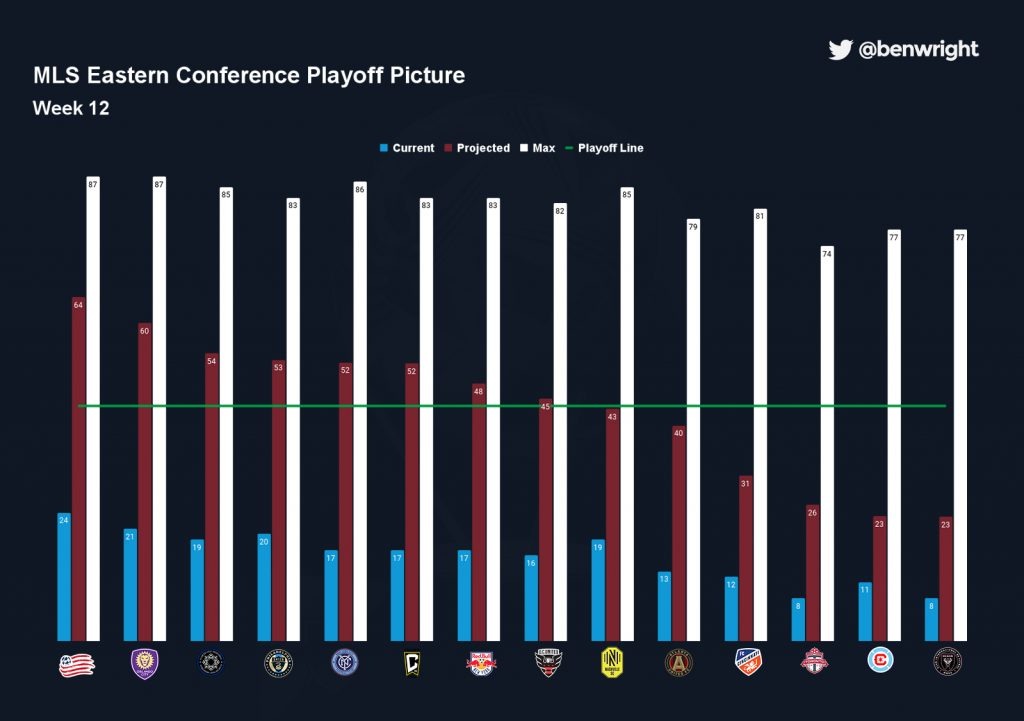 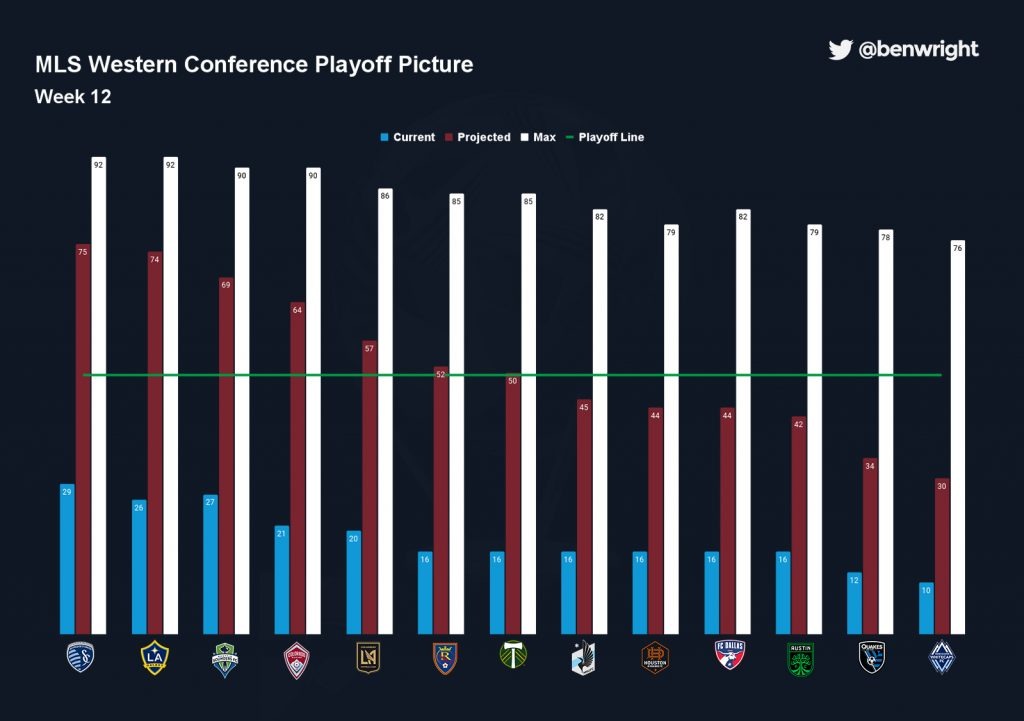 It’s the same story for Nashville; fifth in the East in home points per game, ninth on the road. Their away sample size is small enough (and bad enough) that the model projects them to pick up just 9.38 points from their remaining 14 away matches. While I doubt that happens, it’s absolutely true that they need to pick up points on the road at an above-average level to make up for dropped points at Nissan Stadium. You’ve heard it from me and others multiple times, but Nashville’s margin for error is slim to non-existent.