No Power Rankings last week. I was on the beach trying not to think about MLS, and most of you were probably relieved to have a break. I’m sorry to announce that the pause was only temporary.

For local readers, Nashville SC somehow hold on to 8th place. Their 1-1 draw with Vancouver Whitecaps last week dropped them a spot, but they made that up this week, primarily from a positive 1-1 road draw with Portland Timbers midweek and a lot of underlying numbers in a 3-4 loss to Toronto FC this weekend. They’ve been helped out a ton by teams around them dropping points, though, and their score has completely stalled in the last five weeks.

LAFC have been the best team in the league for a while, but they finally overtake NYCFC for the top spot in the rankings after the Pigeons lost to Columbus Crew. Los Angeles were completely dominant against Real Salt Lake and just added a DP striker in Denis Bouanga. They’re set to get even better.

CF Montréal have been one of the stories of the season so far, and while they’re nowhere close to overtaking Austin FC or New York Red Bulls, they very much deserve their spot in the top 10. Likewise, Colorado Rapids were one of the biggest movers this week, jumping six spots after wins against Minnesota United and Red Bulls.

On the opposite end of the spectrum, LA Galaxy drop six spots and crash out of the top 10 after a dismal 2-4 loss to last place Sporting KC. They’ve had problems for a long time, especially in generating meaningful chances, and it’s starting to cost them in the standings, not to mention the much more important Power Rankings™.

We’re late enough in the season that the table is really starting to shape up. Our Playoff Picture Projections™ take each team’s points per game at home and on the road and average them across the rest of their schedule to show where they’re heading.

It’s not all-encompassing; the projections don’t account for matchups and result in fractional points, but it’s a handy tool to show where a team will end up if results don’t change. 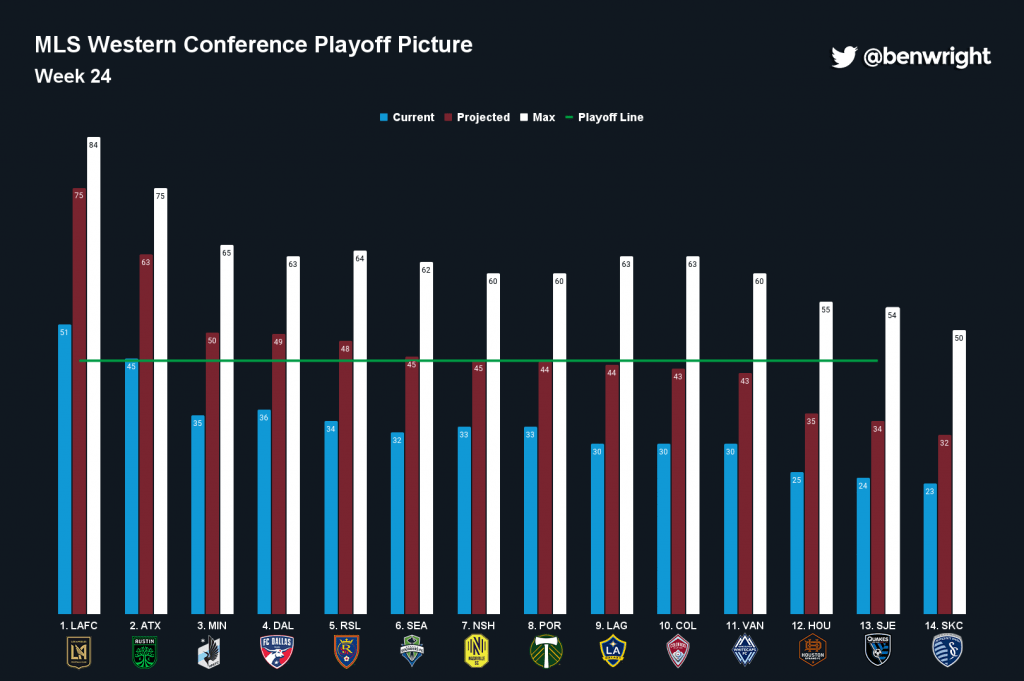 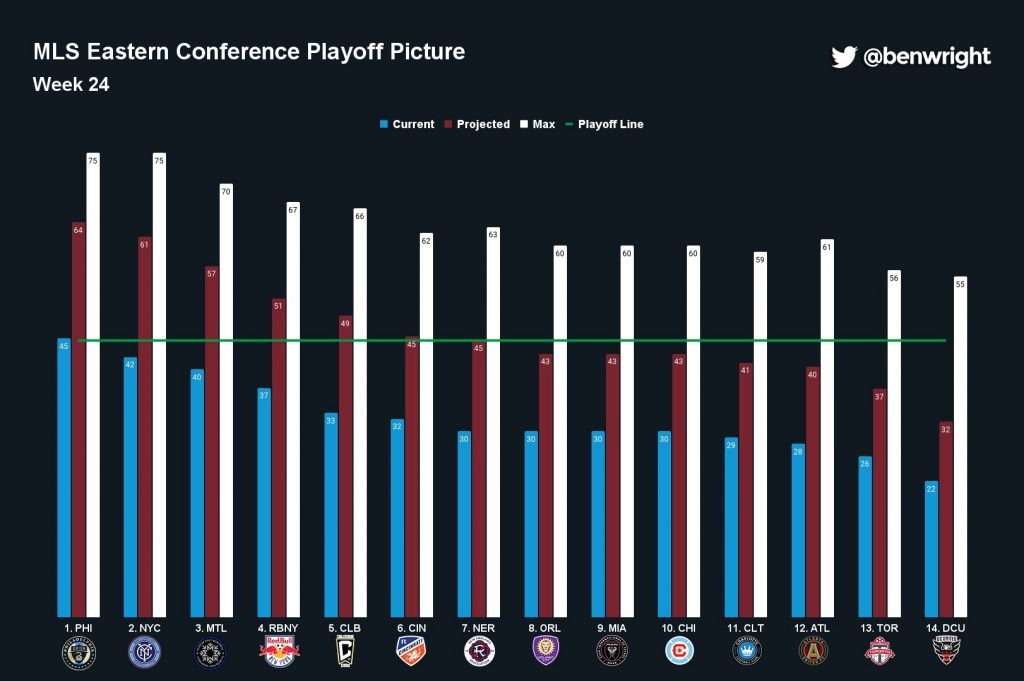 LAFC are on track to break the single-season points record that the Revs set last year. Austin, Minnesota, Dallas, Real Salt Lake, Seattle and Nashville are on pace to round out the Western Conference playoffs.

Things are closer in the East, with the Union set to win the conference by three points. New York City, Montréal, Red Bulls, Columbus, Cincinnati and New England are trending towards the final spots in the Eastern Conference playoffs.