After a double game week of MLS action, we’re back with a slightly condensed edition of the power rankings.

New England stay on top despite a draw with Columbus, although they bombarded the Crew for most of the match and were unfortunate not to get three points. Nashville lost 2-1 on the road to a really poor Toronto side, but they only drop a spot thanks to Seattle‘s loss to Real Salt Lake. An interesting twist over the last two weeks is that LA Galaxy‘s midweek draw with Houston and loss to Portland pushes them 0.02 points ahead of Colorado, who drew with Portland and Vancouver in that same span.

Atlanta United are the big movers this week, jumping four spots into 11th. Orlando went the opposite way, dropping five spots into 16th.

These projections will change significantly over the course of the season as teams get larger sample sizes at home and on the road. And they’re not a concrete attempt to predict the final table, but rather to show each team’s trajectory based on current form.

For the first time this season we have an elimination line. No one is in imminent danger of being mathematically eliminated, but it does give a good idea how close a given team is. If a team’s maximum points drop below the elimination line, they’ll miss the playoffs. 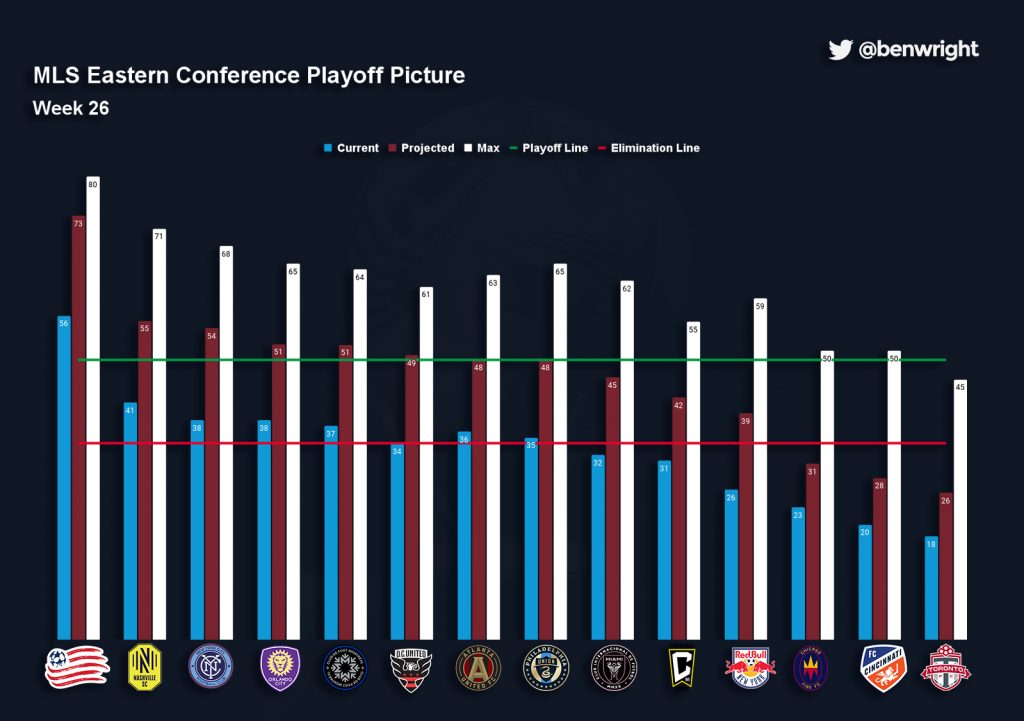 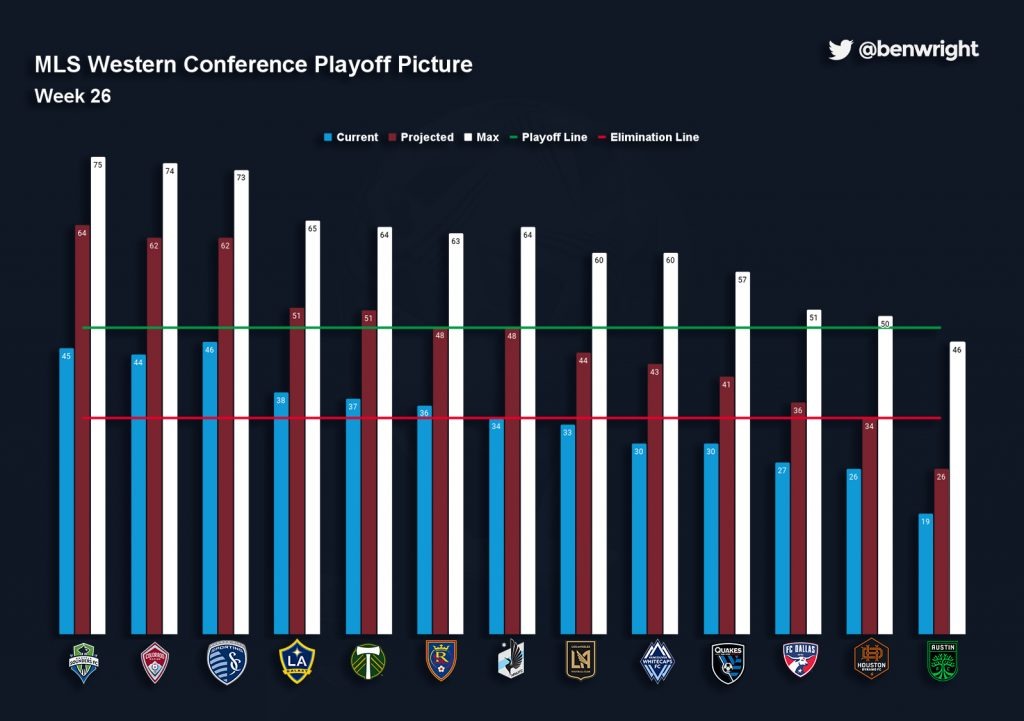 Nashville hold onto second in the projections, but could really use results against Miami and Chicago this week to keep them ahead of NYCFC. In the West, Minnesota have moved back into a playoff position, while LAFC look set to miss.