A couple shock results in MLS this week makes for more movement in the Power Rankings than usual. Let’s dive in.

LAFC maintain the top spot after a tight 1-0 win over DC United (who’s -15.13 score is the lowest of the season) and a 2-1 road loss to San Jose Earthquakes, which hurt their chances at an 80 point season. It also allowed Philadelphia Union to close the gap to within half a point. The Union lost 1-0 midweek, but rebounded with a 6-0 demolition of DC, increasing their score by five points.

NYCFC‘s score decreased for the fourth consecutive week with a loss to Charlotte FC and a win over Chicago Fire, and they haven’t looked the same since Taty Castellanos left in the summer transfer window.

CF Montréal jumped two spots with a 4-0 win over New England Revolution. Montréal have the fourth-best xG differential and the 7th best goal differential in MLS, and are within four points of the top spot in the Eastern Conference.

Nashville SC increased their score by three points with a 4-0 win over FC Dallas, jumping a spot and knocking Dallas down two. Their underlying numbers continue to be elite, and their actual output finally matched it on Sunday, keeping them in the Western Conference playoff spots.

Minnesota United were the last major improvers, jumping from 15th to 10th with a 2-1 win over Austin FC. They’ve been one of the hottest teams in the league; only LAFC and Montréal have taken more points from their last five than the Loons, who look like they’ll be hosting a home playoff game.

On the other side of the coin, Portland Timbers drop four spots in the Power Rankings and down to 10th in the table with an “embarrasing” 4-1 loss to Sporting Kansas City. They’ve been up and down all year, but dropped points on the road to one of the worst teams in the league at a costly time of the season. 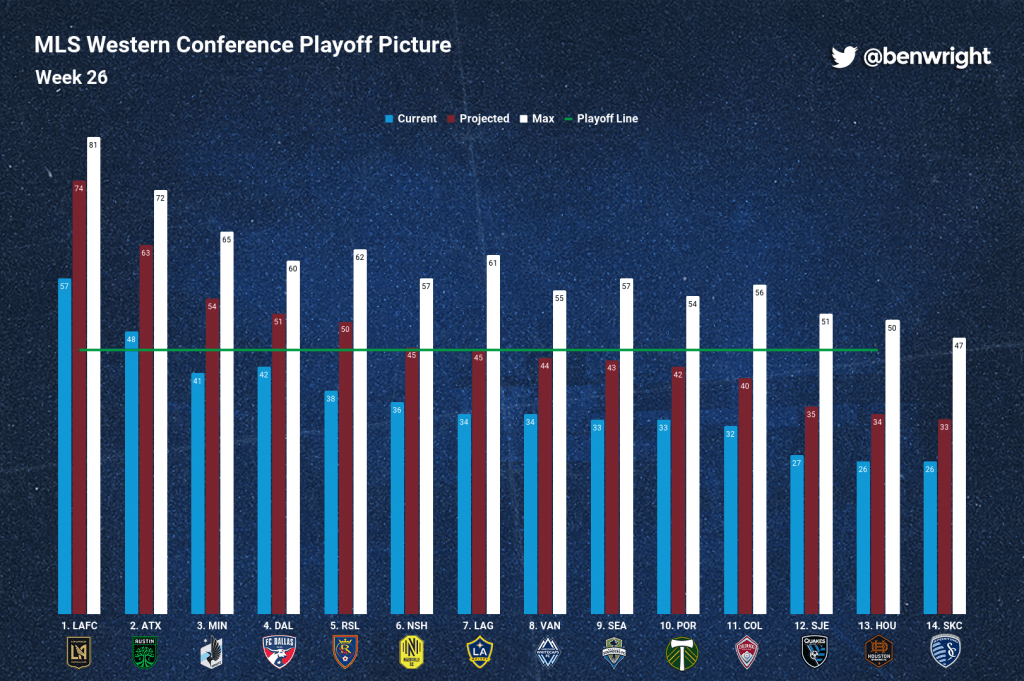 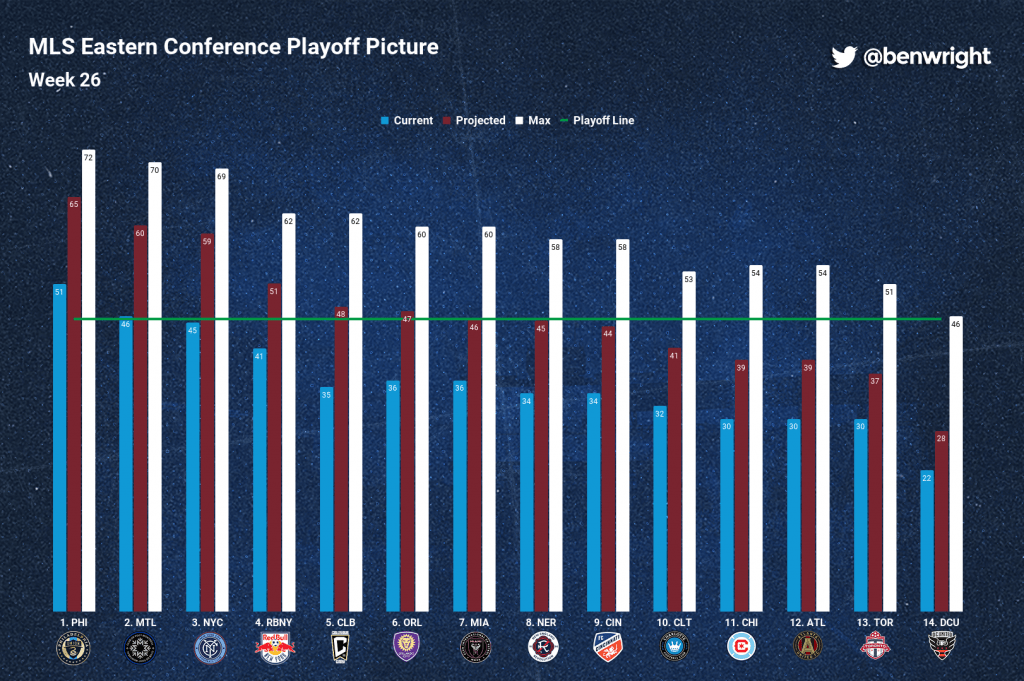 The West is shaping up to be tight, with just five points projects between sixth and eleventh place. Nashville’s win over Dallas pushes them back into the playoff spots, while Seattle and Portland’s losses have them projected to miss out.

The East is also set to be incredibly crowded; just nine points between fifth and tenth. A draw was enough to drop Cincinnati out of the postseason in the projections, while Toronto’s single point from two matches may be the final nail in their playoff coffin.