Nashville SC jump up two spots on the back of a 5-1 road win over Inter Miami CF. NYCFC drop a spot after taking just a point from two games against New York Red Bulls.

LAFC continue their poor season with a 2-0 loss to San Jose Earthquakes, while Portland Timbers jump three spots into 15th with a 6-1 win over Real Salt Lake. 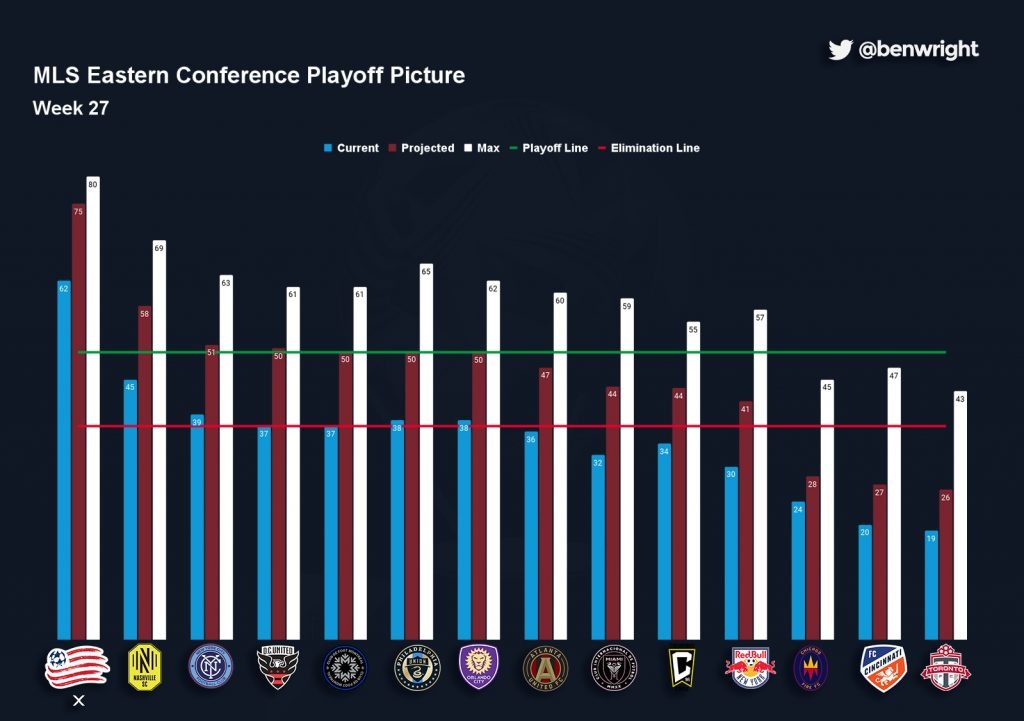 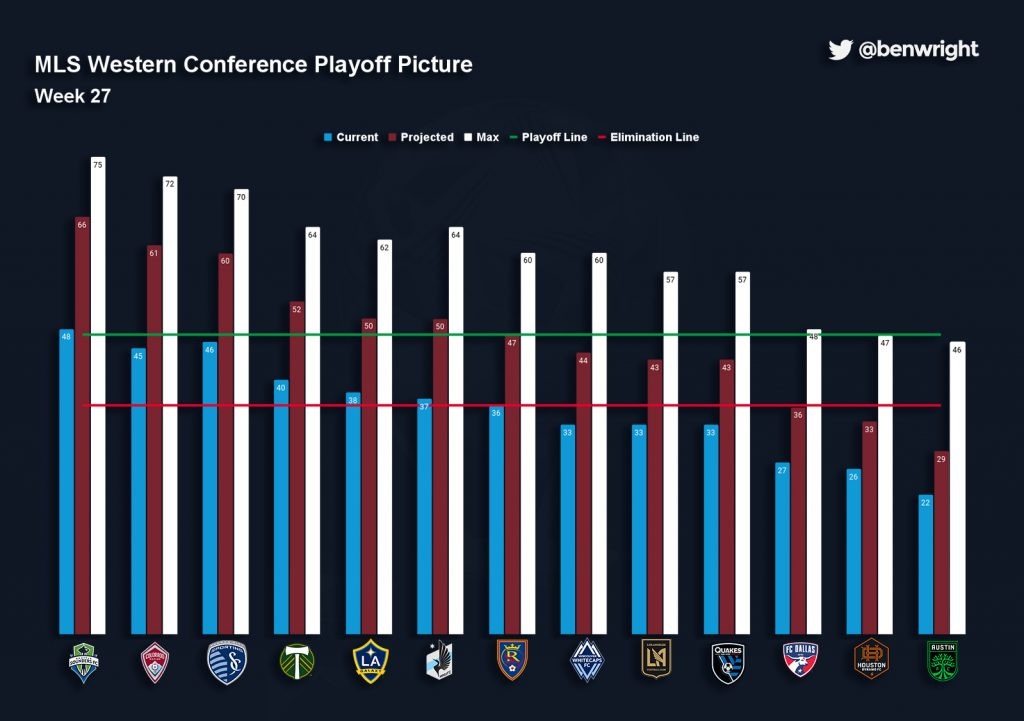 New England Revolution are the first side to officially clinch a playoff berth after wins against Chicago Fire and Orlando City, and are on pace for a league-record 75 points. After Nashville with 58 points and NYCFC on 51, the final four playoff teams in the East are all on track for 50 points, leading to a potential four-way tie.

Seattle‘s win over Sporting KC gives them a five point lead in the West, with an eight point gap between Sporting in third and Portland in fourth. LAFC are projected to miss the playoffs for the first time in their MLS history, four points behind Real Salt Lake in seventh.