A couple shock results in MLS this week makes for more movement in the Power Rankings than usual. Let’s dive in.

The Philadelphia Union take over the top spot after their second 6-0 win in a row, this time beating a fairly good Colorado Rapids. They got a bit of help from LAFC, who lost a thrilling 4-1 match on the road against Austin FC.

Elsewhere in the top 10, Austin and New York Red Bulls flip spots in fifth and sixth. Red Bulls’ score held steady with a 3-1 win over Inter Miami CF, but it wasn’t enough to keep pace with Austin taking down the top team in the league.

FC Cincinnati jump Columbus Crew after the two sides played to a 2-2 draw in Hell Is Real, with the Orange & Blue dominating the xG battle 1.71 to 0.42. Atlanta United jump two spots after coming from behind twice to beat DC United 3-2, with Wayne Rooney’s side setting season lows week after week. And Seattle Sounders drop two spots with their 2-1 loss to Portland Timbers, seriously putting the Sounders in jeopardy of missing the playoffs for the first time in club history. 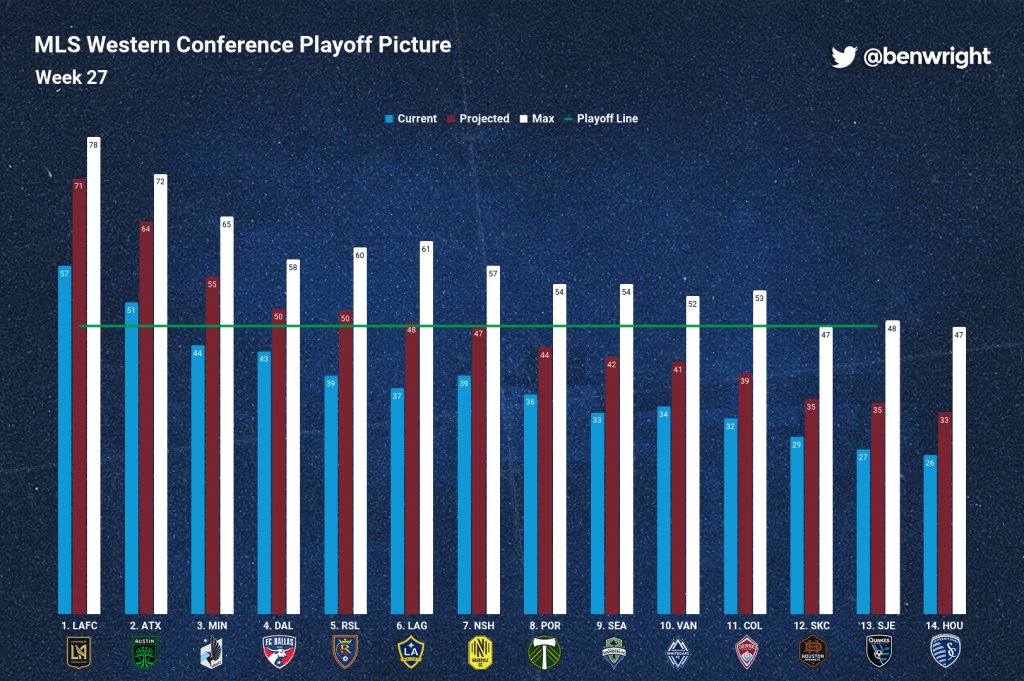 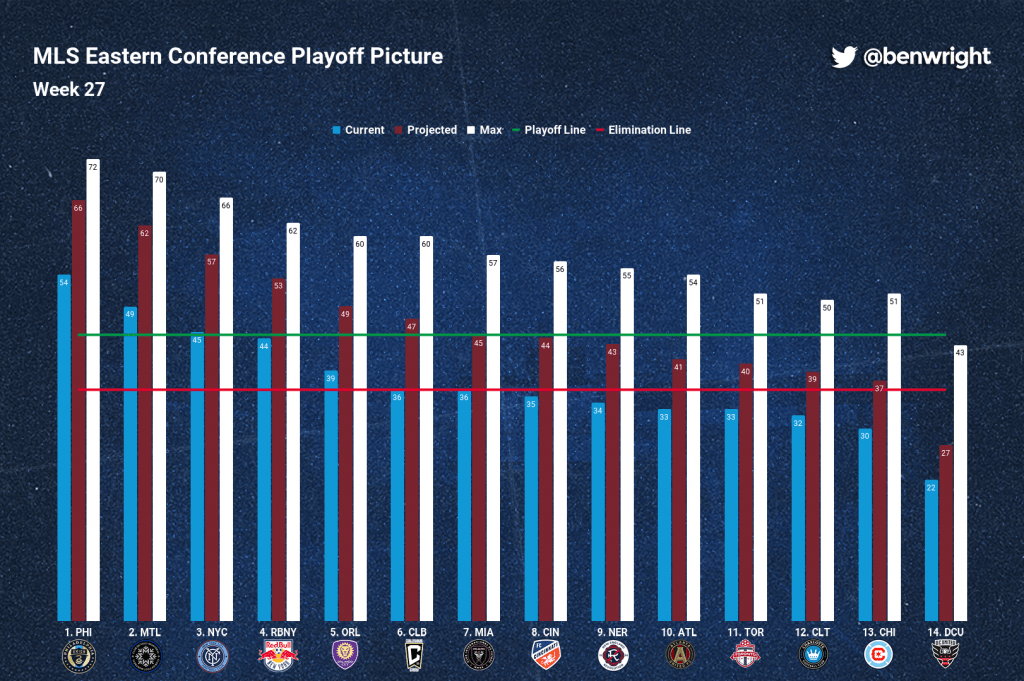 With their win over Vancouver Whitecaps, Nashville SC find themselves on much surer footing in the playoff race, opening up a three point gap over Portland in the projections. A win over Colorado on Wednesday will strengthen the ‘Yotes grip on the postseason.

LAFC’s loss to Austin puts a damper on their shot at setting the single-season points record, while LA Galaxy‘s 2-1 win over New England Revolution gives them a good shot at the playoffs.

Philadelphia aren’t running away with the East, despite their dominance on the scoresheet. CF Montréal are keeping pace with the conference leaders, just four points behind in the projections. Despite all their success in 2022, Cincinnati are currently projected to miss out, while DC United could be officially eliminated in as few as two results.