Another double game week of MLS action means plenty of movement in the power rankings. Let’s dive right in.

Nashville SC drop two spots after a pair of draws with Orlando City and NYCFC. Their overall score actually improved slightly, but with upward movement around them, it wasn’t enough to keep pace.

Portland Timbers beat LAFC and Inter Miami, and while their score improved, it wasn’t enough to move out of 15th. DC United‘s midweek 3-1 win over Minnesota United was enough for them to jump up two spots, despite a 2-1 loss to Orlando on Saturday.

Real Salt Lake beat LA Galaxy on Wednesday, and looked set to make a jump, but their 2-1 loss to a low-ranked Austin FC on Saturday dropped them two spots. LAFC continue to struggle. A loss to Portland and a 1-1 draw with the Galaxy has them down a spot and in real danger of missing the playoffs. 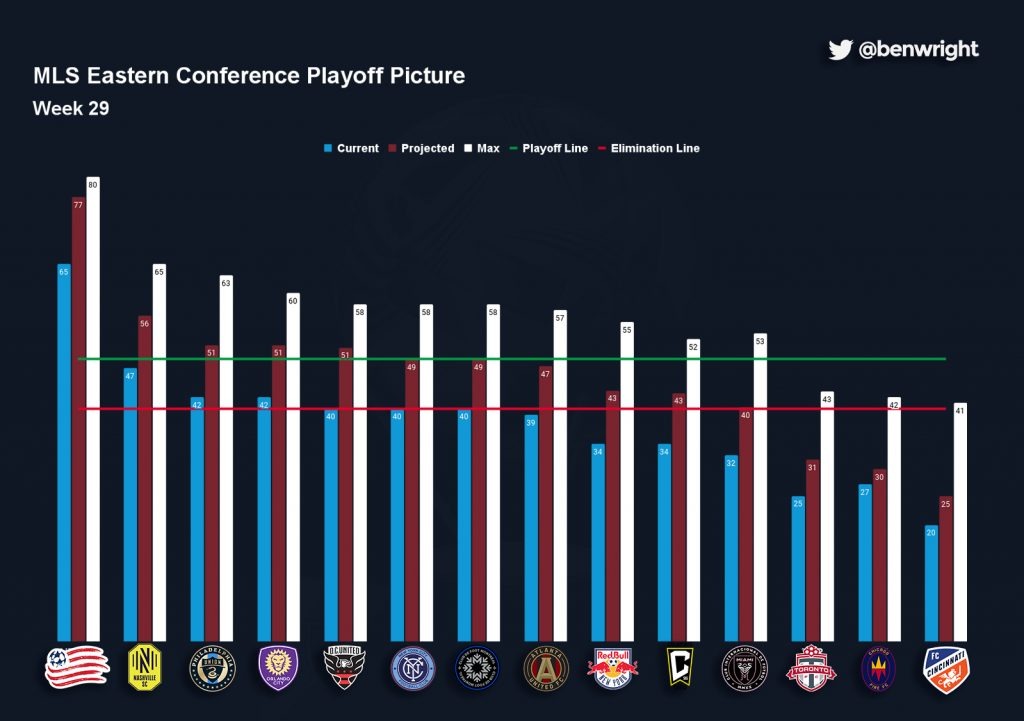 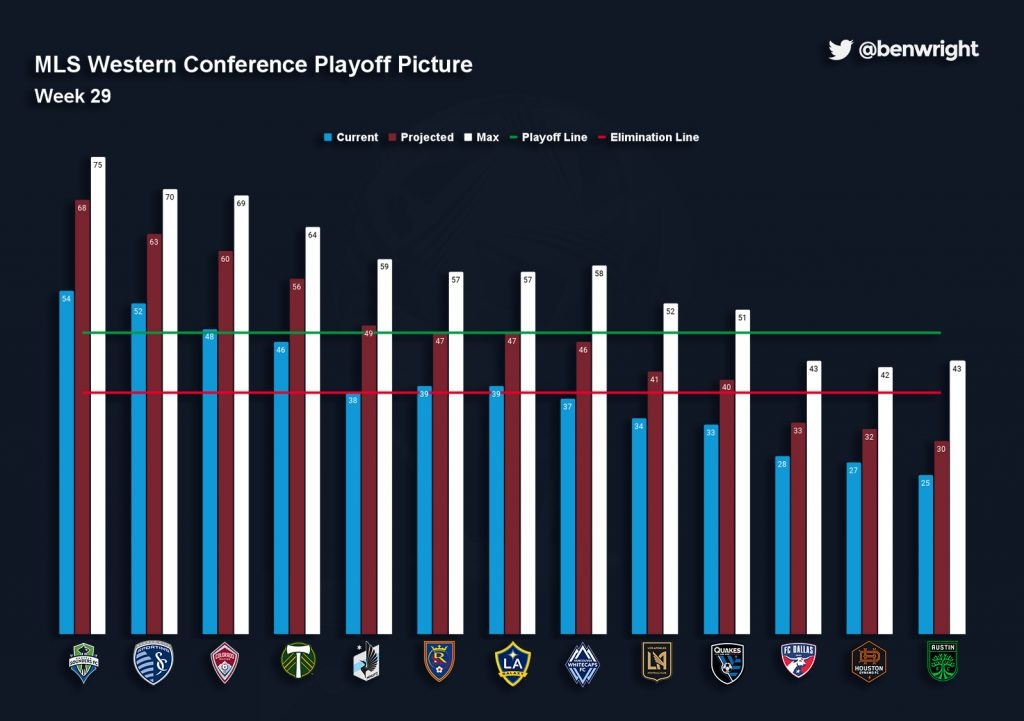 New England have officially clinched the top seed in the Eastern Conference, and barring a drastic collapse, they’ll wrap up the Supporters Shield quickly. At the other end of the table, Chicago Fire and FC Cincinnati could both be eliminated in the next round of matches. A loss for either side (or wins from DC United, NYCFC and CF Montréal) would officially take them out of playoff contention.

In the West, all three Texas sides are in similar danger of elimination. FC Dallas and Austin FC have a three point margin, and Houston Dynamo are just two points from elimination. Vancouver Whitecaps are making a late run for a playoff spot, while LAFC have a lot of work to do to qualify.