Two weeks of MLS action packed into one seven-day period and another edition of the Power Rankings. Nature is healing.

It’s Labor Day, so we’re keeping this short. Not a lot of movement in rankings, but a lot of shifts in score that should lead to some movement soon. CF Montreál, Austin FC, New York Red Bulls, and Nashville SC are all grouped closely together in spots four through seven with just 1.56 points between them. A single result next week could shift those rankings around.

DC United have leveled out at the bottom of the table, but they’re still 8.74 points below San Jose in 27th place. 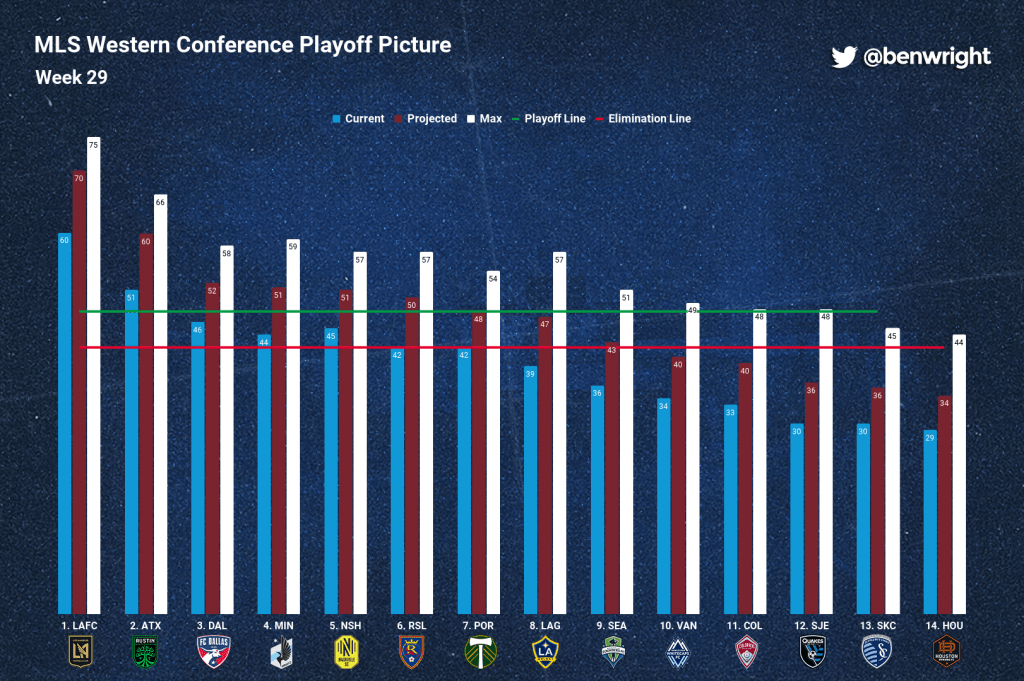 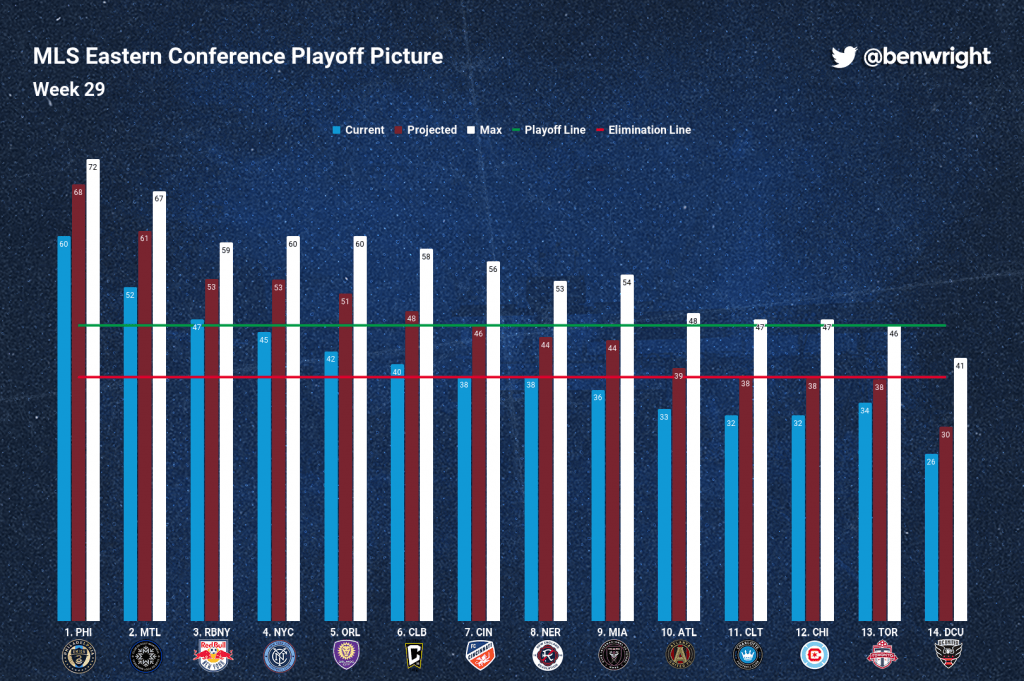 Nashville‘s win over Austin FC gives them a good bit of breathing room, with a projected four points between them and eighth place LA Galaxy. Their meeting next week could essentially book a playoff spot for the ‘Yotes.

Seattle Sounders kept themselves alive with a win over Houston Dynamo, but they have a significant hill to climb. They’ll need to makeup five points over LA and Portland Timbers. Houston will be eliminated this weekend with a loss to Sporting KC and a win from the Galaxy.

In the East, Philadelphia Union keep pace with LAFC for the Supporters’ Shield, projected to finish just two points behind. Despite New England Revolution‘s win over NYCFC, they’re trending towards an eighth-place finish.

DC United could be eliminated this weekend with a loss to Real Salt Lake and wins or draws from both FC Cincinnati and the Revolution.

Author: Ben Wrightis the Director of Soccer Content and a Senior MLS Contributor for Broadway Sports covering Nashville SC and the US National Team. Previously Ben was the editor and a founder of Speedway Soccer, where he has covered Nashville SC and their time in USL before journeying to Major League Soccer since 2018. Raised in Louisville, KY Ben grew up playing before a knee injury ended his competitive career. When he is not talking soccer he is probably producing music, drinking coffee or hanging out with his wife and kids. Mastodon