Let’s just get this out of the way off the bat. New England Revolution drop out of first place after a 2-2 draw in Chicago. Seattle Sounders are back on top for the first time since Week 21. Yes, fans will get upset that they take the top spot after a 2-1 loss to Houston Dynamo, but they also got a significant bump from a 4-1 win over Vancouver Whitecaps last weekend, which was included in the MLS gameweek.

Nashville SC hold onto third even with a 0-0 draw to DC United in which they ended up on the wrong side of a lopsided xG scoreline, but it’s enough to hold onto their spot with Sporting KC’s 2-1 loss to Vancouver.

New York Red Bulls jump three spots into the top 10 after 1-0 wins over Inter Miami CF and New York City FC. They’re still outside the playoff picture, but recent form has them firmly in the mix for one of the final playoff spots in the East.

Minnesota United drop three spots after a 3-1 loss to Colorado Rapids. The Rapids played for over 30 minutes down a man, and were still the better side, scoring twice in the final 10 minutes to get a big win. 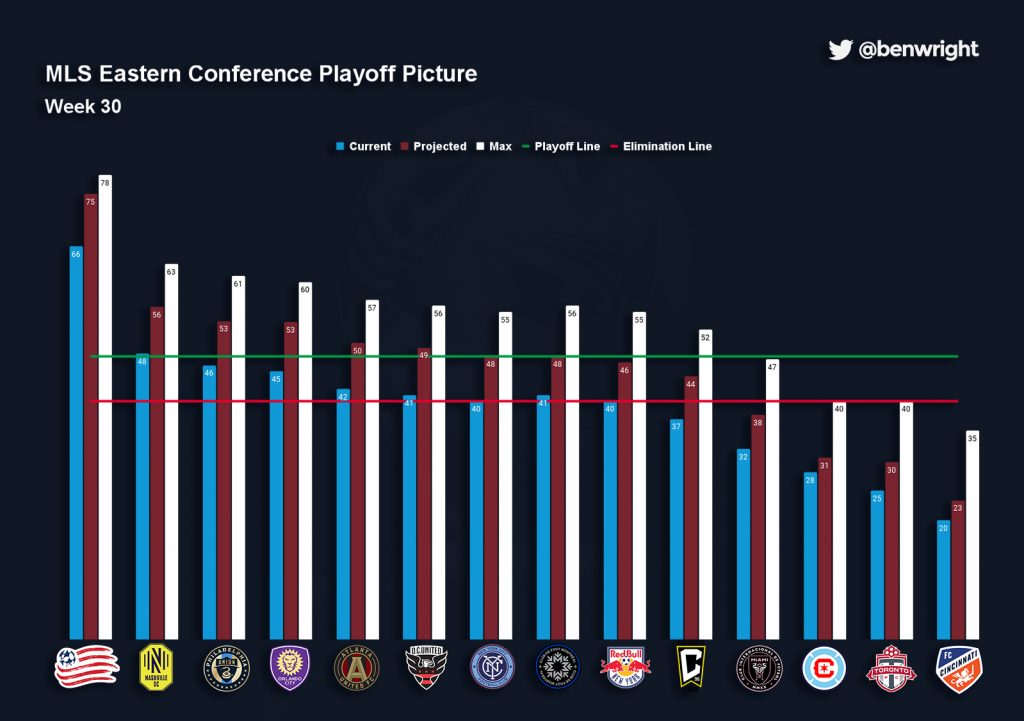 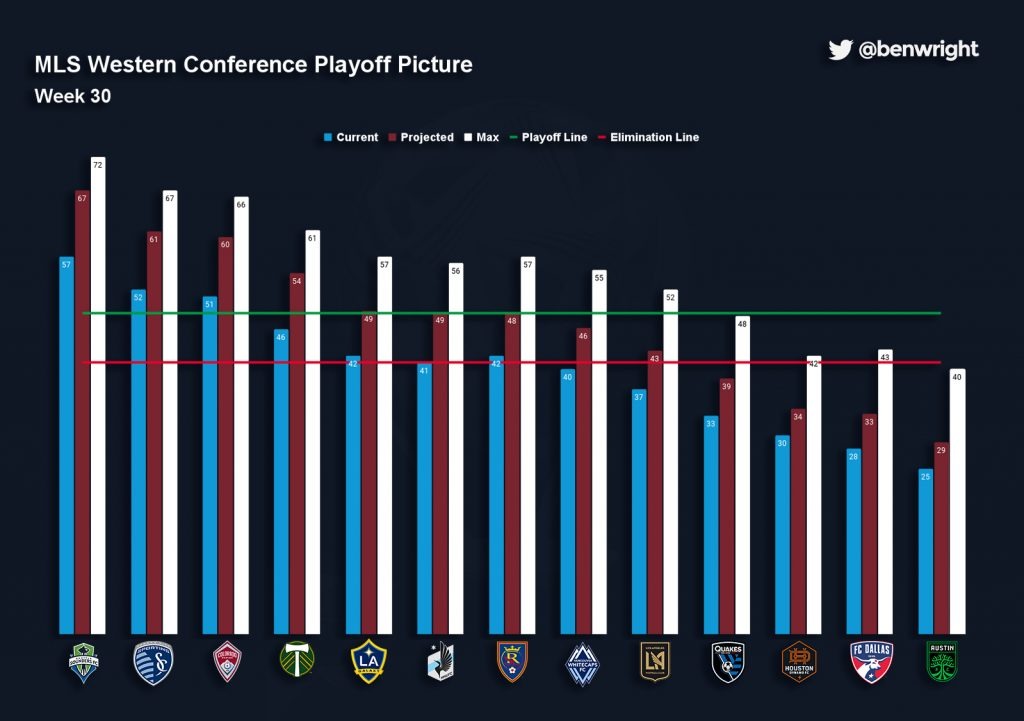 New England have officially clinched the top spot in the East. Seattle Sounders have also clinched a playoff spot in the West. On the other end of the spectrum, Chicago Fire, Toronto FC, FC Cincinnati and Austin FC are all officially out of playoff contention, with Cincinnati firmly in the lead for the Wooden Spoon.

Nashville SC are still projected to finish in second, but only by three points. With home matches against Columbus Crew and Orlando City and a win-able road match in Cincinnati, it’s not out of the question for them to finish with more than their projected eight points from their remaining five matches.