Another double game week of MLS action means a lot of movement in this week’s Power Rankings.

*This power rankings update includes results from both Week 31 (the midweek slate of games) and Week 32 (games from weekend).

Seattle Sounders barely hold onto the top spot with a draw against Colorado Rapids and a loss to Sporting KC, just edging out New England Revolution, who clinched 2021 Supporters Shield and came back from 2-0 down to draw Orlando City.

NYCFC push into the top three with a 6-0 demolition of DC United, who also lost to New England midweek and drop three spots into ninth place and are in danger of missing out on the postseason (more on that later). Nashville SC drew Columbus Crew at home midweek and lost to Philadelphia Union on Saturday and fall two spots.

LAFC are the other big movers, jumping two spots after a 3-2 win over FC Dallas and a 1-1 draw with Minnesota United. Inter Miami were far enough at the bottom that wins over Toronto FC and FC Cincinnati were only enough to push them up one spot. 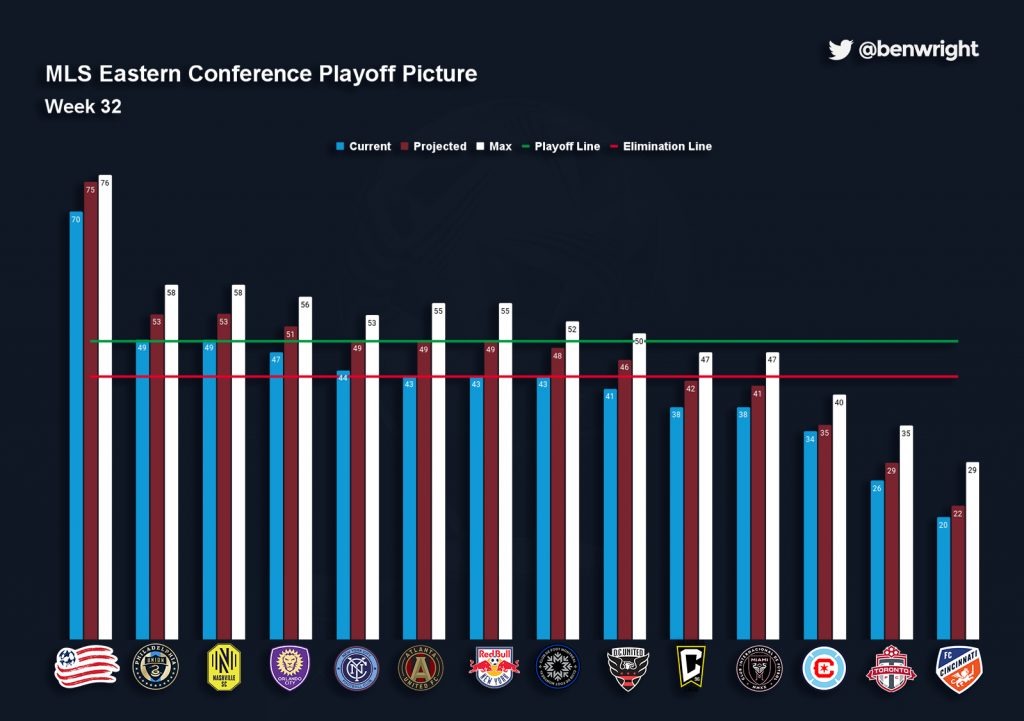 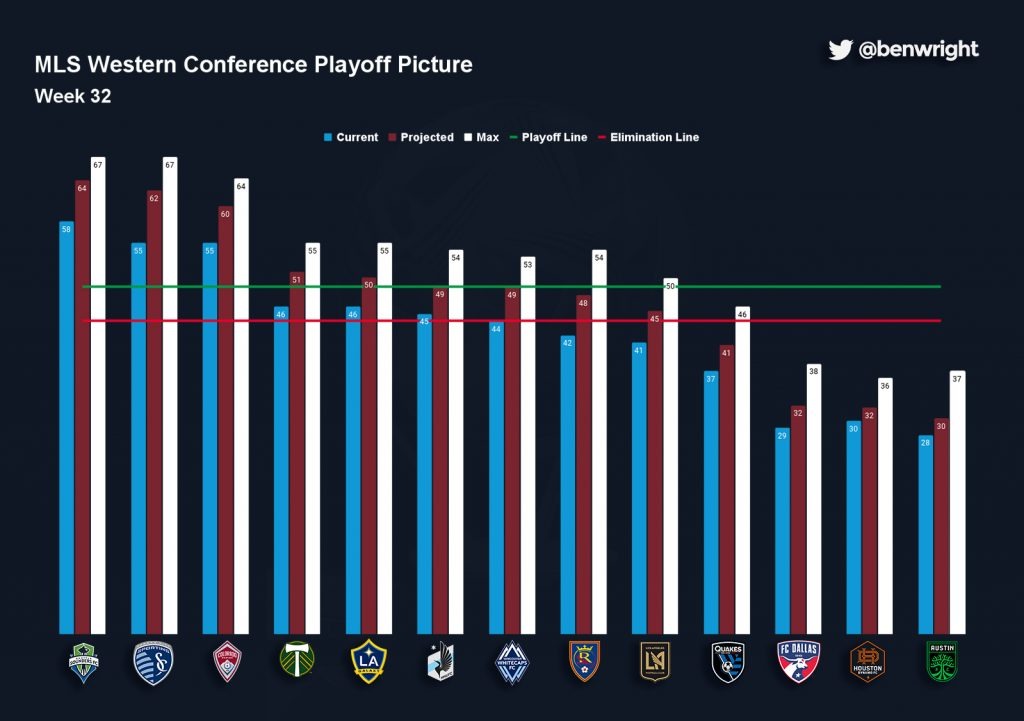 Nashville and Philadelphia are now projected to both finish the season with 53 points, dropping Nashville into third place. DC United are on pace to miss the postseason by two points after taking nothing from two vital matches this week.

LAFC are set to miss the playoffs by three points, but could still turn things around and sneak in. Meanwhile, San Jose are just a single result from elimination.