A midweek slate of MLS action combined with a data issue in the model means it’s been a minute since the last edition of the power rankings. For the four of you who read this, thanks for your patience.

First off, a correction. An issue with the model meant that the form table didn’t update automatically, and the last several weeks were based on a static form number that wasn’t accurate. Thus there’s a lot more turnover in this week’s edition. Apologies for the error.

Nashville SC are up to fourth place after six unbeaten games, including a pair of 1-1 draw against Austin FC and LA Galaxy. Austin FC drop down to seventh after a stretch of three straight losses. They’ve bounced back with a win against Real Salt Lake and a home draw to Nashville, but their slip in form and their consistent over-achievement against their underlying numbers sees their ranking dip.

FC Cincinnati push up into eighth place. They haven’t lost a match since July 17, winning three of their last five to make a strong play towards the first playoff spot in club history. This looks like it will come at the expense of Columbus Crew, who allowed a 94th minute equalizer against Portland Timbers, dropping to 13th in the rankings. Portland, on the other hand, are up into 11th place and back into the playoff positions in the West.

Further down in the rankings, Minnesota United drop six spots into 16th place. Their last win came on August 27, coinciding with the injury to Bakaye Dibassy. Without their best center back, the Loons have been wildly vulnerable in defense. They’ve allowed 12 goals and taken just one point in their last five matches, and after looking set for a home playoff match, they’re just two points above the line. 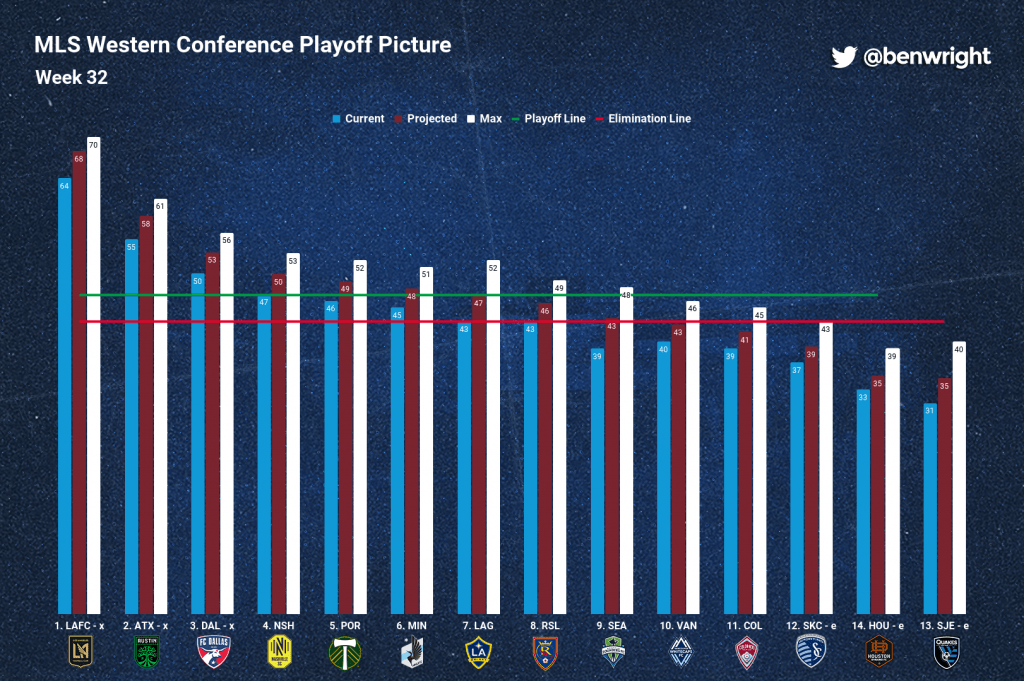 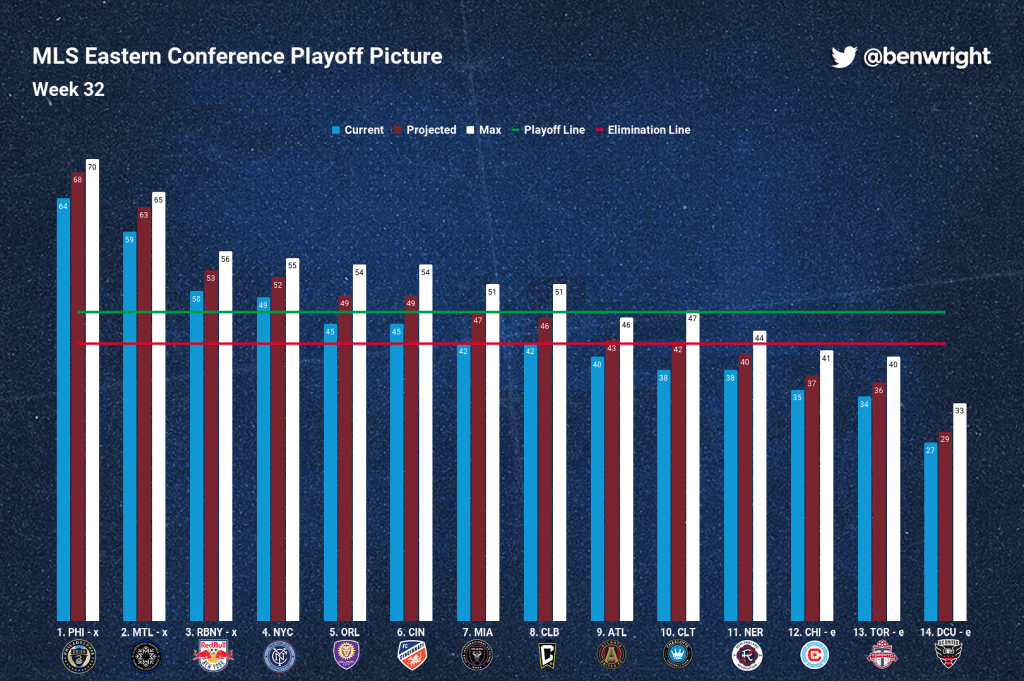 In the West, Austin and Dallas clinched their spots in the postseason, while Sporting KC were officially eliminated. Colorado could be out of contention with either a loss to Dallas or a win from either LA Galaxy or Real Salt Lake.

In the East, New York Red Bulls are officially heading to the playoffs, while Chicago Fire and Toronto FC are done. And in arguably the biggest collapse of the season, New England Revolution will be eliminated with either a loss to Atlanta United, or one of Columbus Crew or Inter Miami picking up three points in their next match.

Most sides have just three matches left to play in the season. The playoff race will go right down to the wire.