One week left in the 2021 MLS regular season means just one more edition of the power rankings to go this season. Depending on who you support, that could be a good or a bad thing.

*This power rankings update includes results from both Week 33 (the midweek slate of games) and Week 34 (games from weekend).

New England Revolution won a midweek contest against Colorado Rapids, moving back into the top spot. Seattle Sounders played a pair of matches against the Los Angeles teams, losing 3-0 to LAFC midweek and drawing 1-1 with LA Galaxy on Monday night. On the plus side, they got Raúl Ruidíaz, Nicolás Lodeiro and Jordan Morris on the field together for the first time this season.

Nashville SC got a bump from a midweek 6-3 win over FC Cincinnati, and their 1-1 draw with Orlando City this weekend kept them level. Meanwhile, NYCFC continue to bounce back, winning games against Chicago Fire and Inter Miami to claim the second spot. 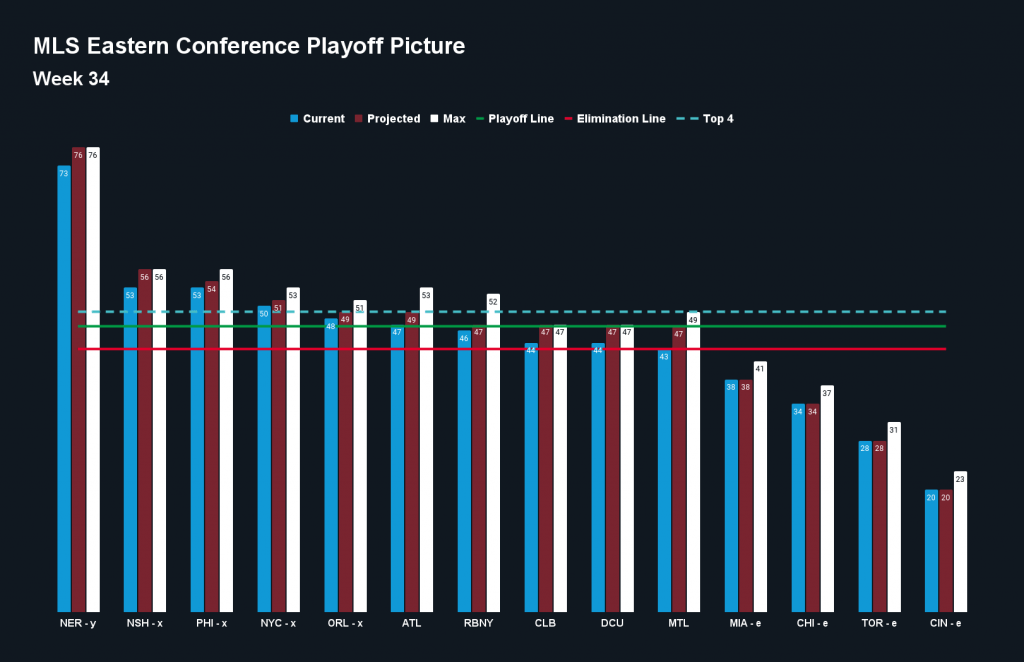 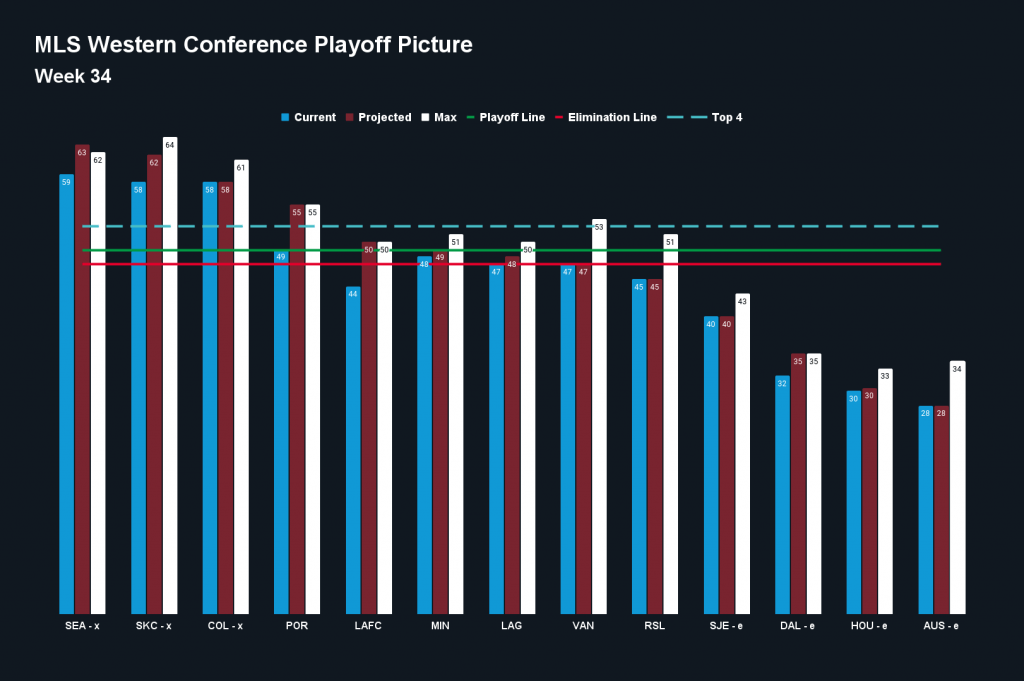 The playoff race is tight with most teams playing just one final match. Nashville are projected to finish in second with a win over New York Red Bulls on Decision Day, with Philadelphia Union and NYCFC drawing. Columbus Crew, DC United and CF Montréal are all projected to miss out on the playoffs.

In the West, LAFC are projected to win their final two matches and finish the season in fifth place, with Vancouver Whitecaps and Real Salt Lake each eliminated.