NASHVILLE, TN – Nashville SC released season ticket prices for their new 30,000 seat stadium at the Fairgrounds. Current season ticket holders will be able to secure their seats for the 2022 season starting on July 6. More from the club’s press release:

Priority in the selection process will be determined by the initial purchase date of each season ticket membership, with First String Founding MLS Members receiving the highest ranking followed by Gold Priority, Blue Priority members and any remaining priority members. In addition, The Backline Supporters will be the first to lock in their place in their dedicated Supporters Section.

In preparation for July 6, every season ticket member received today a detailed guideline with information and instructions on the seat selection process and timeline. Each member will receive an email with their specific seat selection windows on Monday, June 28.

Come July 6 and beyond, each member will be a part of an exclusive seat selection group determined by their initial purchase date. During their designated seat selection date and time members can select their seat, upgrade it and purchase up to eight seats to their accounts.

Season ticket prices start at $18 per match in the supporters section, while section 118 at the midfield line tops the list at $85 per match.

In the new soccer-specific stadium, fans will have access to much closer views of the action. The last row of the stadium is just 150 feet from the touchline, which is equivalent to Row M of Nissan Stadium’s club level.

In addition to the update season ticket information, Nashville released additional new pictures of the construction progress at the Fairgrounds. The steel beams continue to be erected around the stadium, in addition to building out the framework at the south end. The framing of the stadium is in place, and new mechanical, electrical and plumbing lines are being installed. 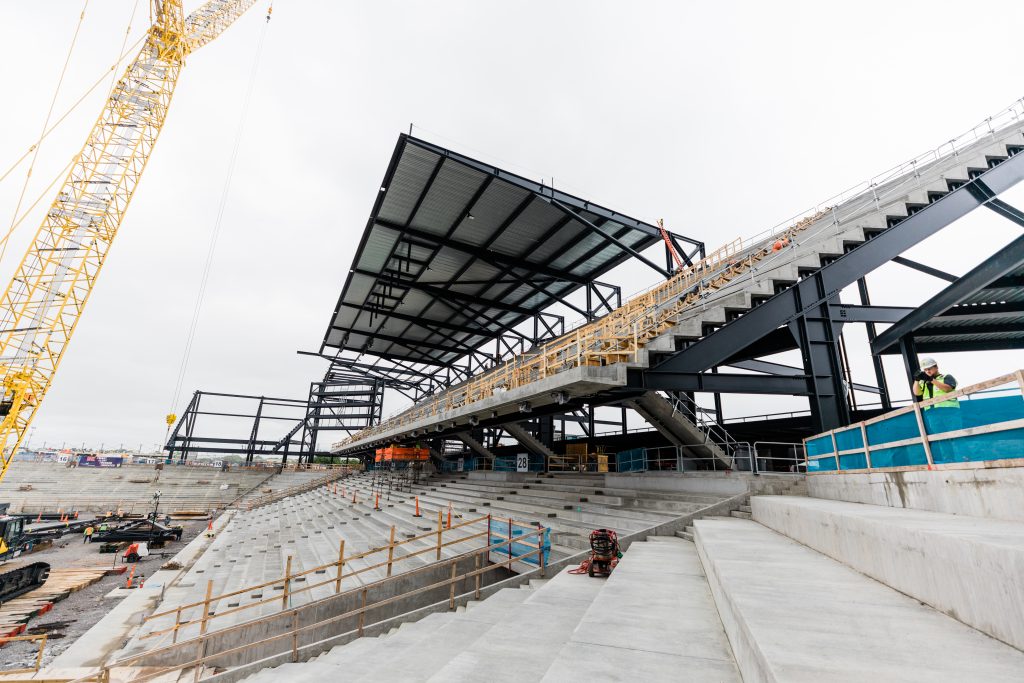 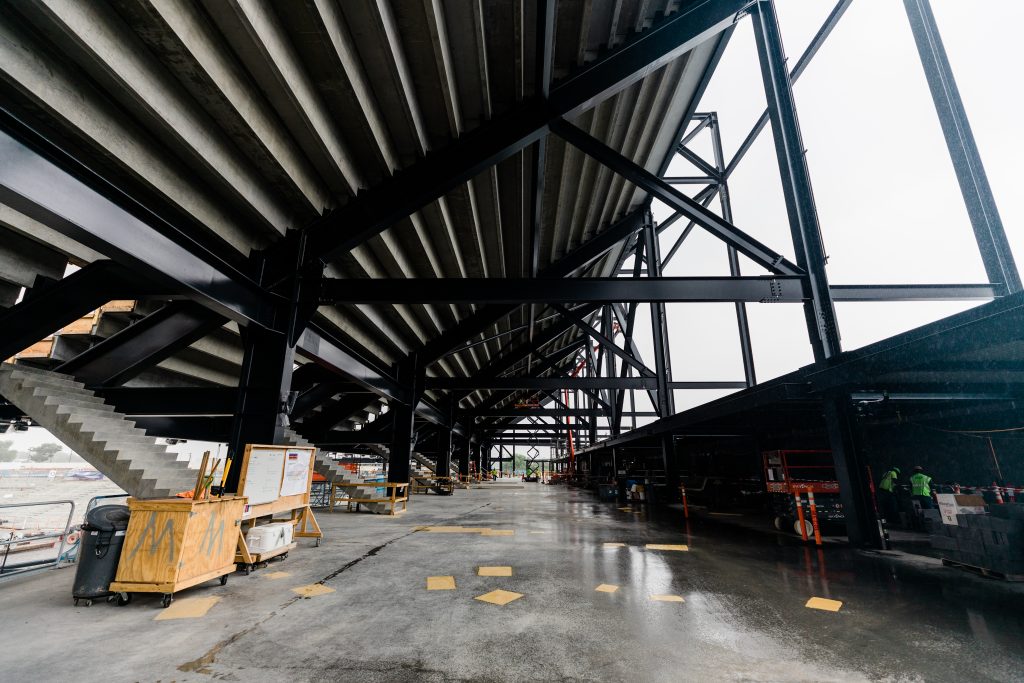 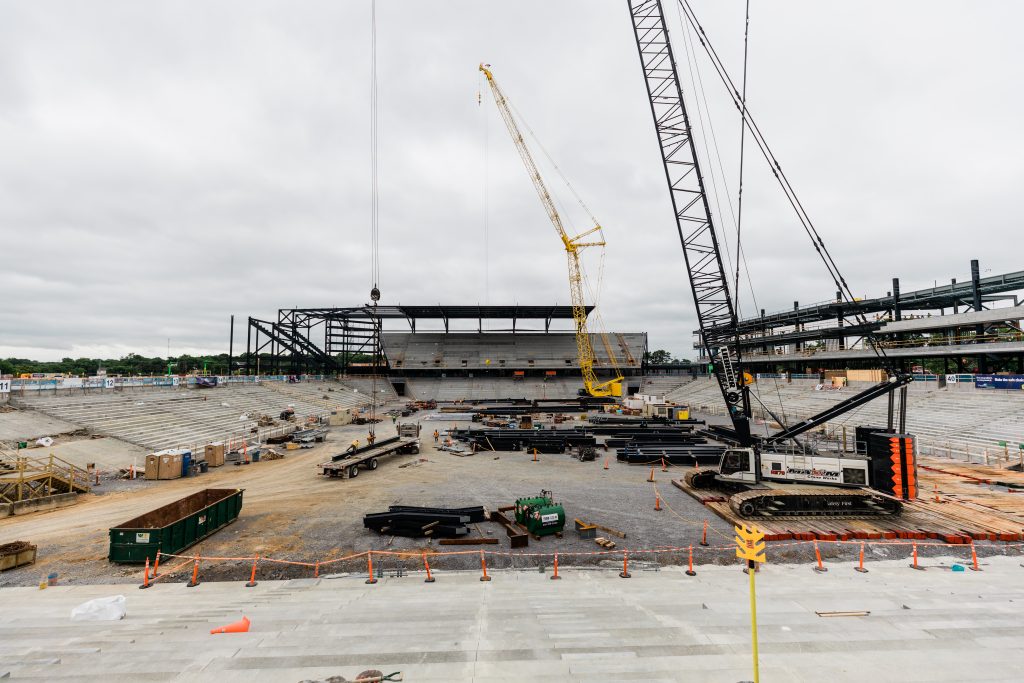 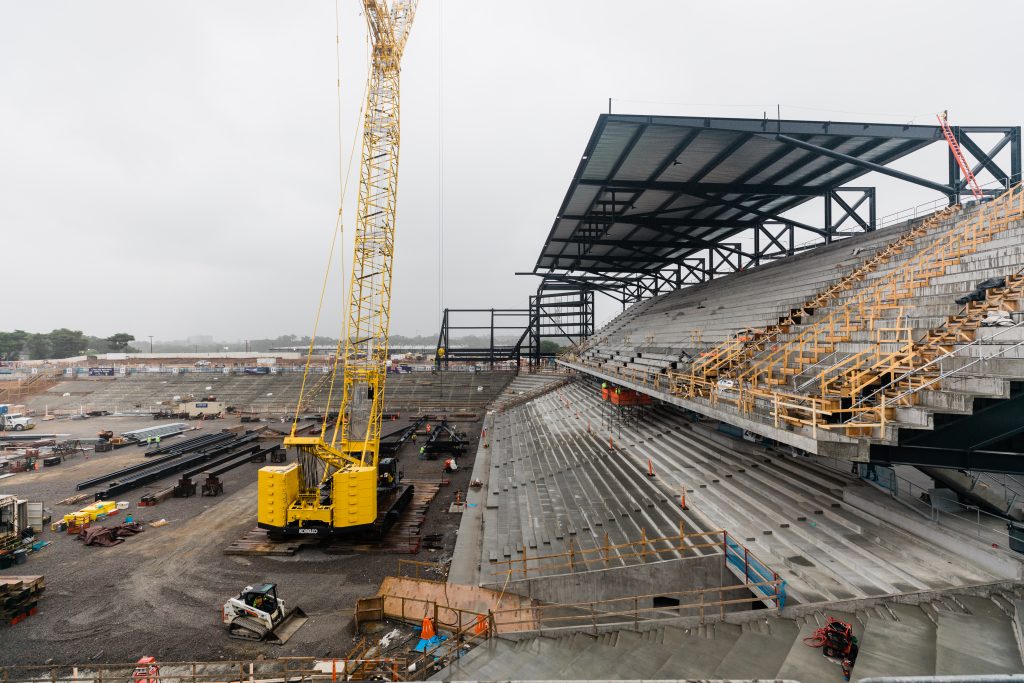 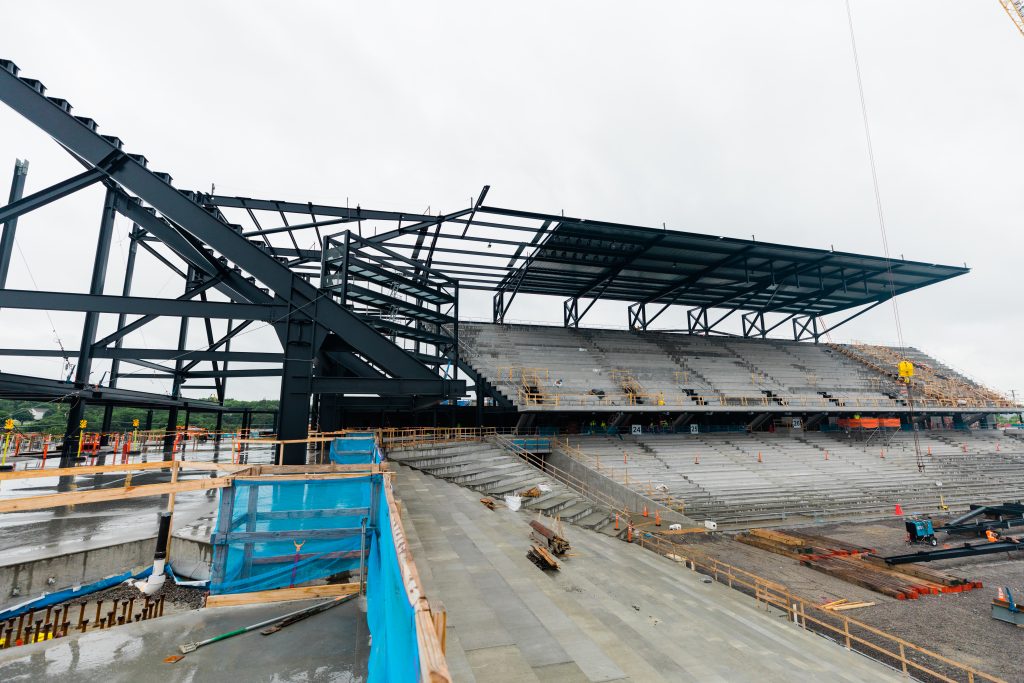 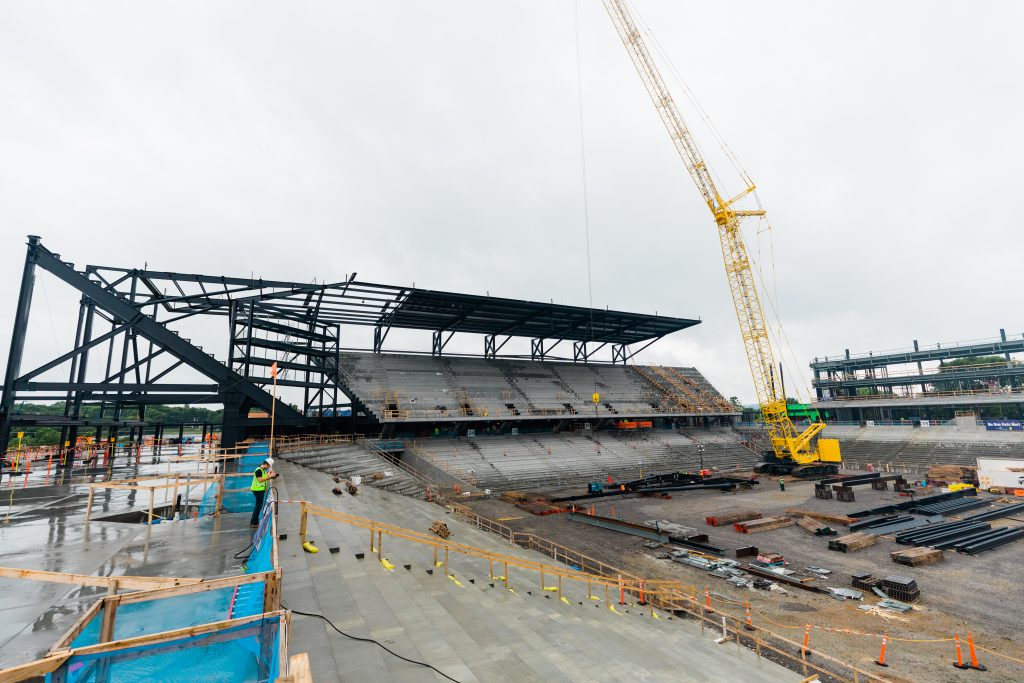 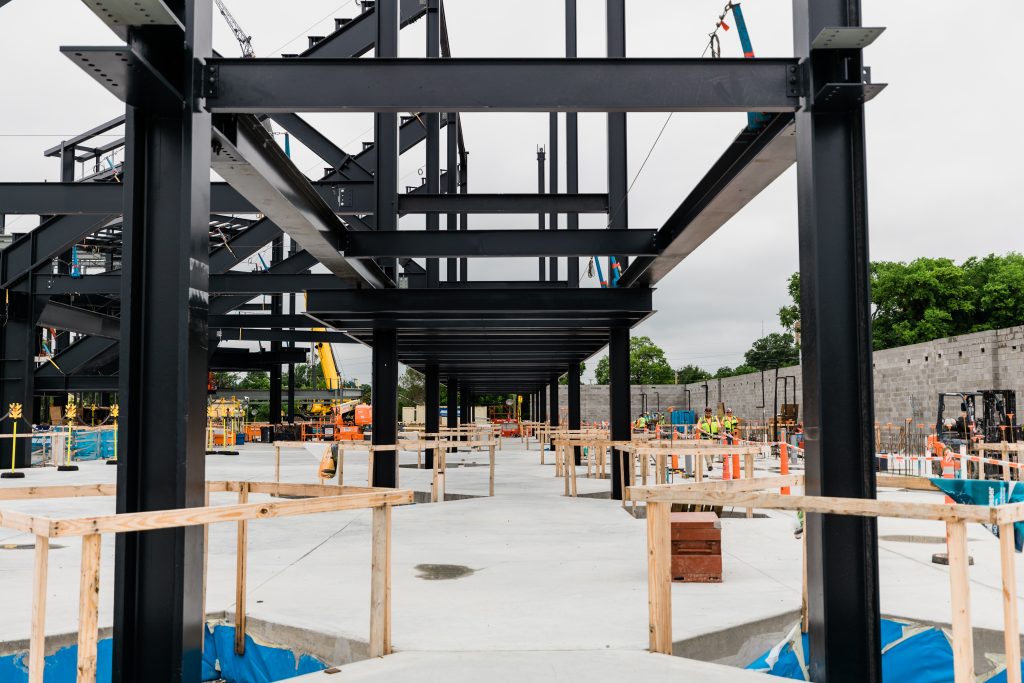 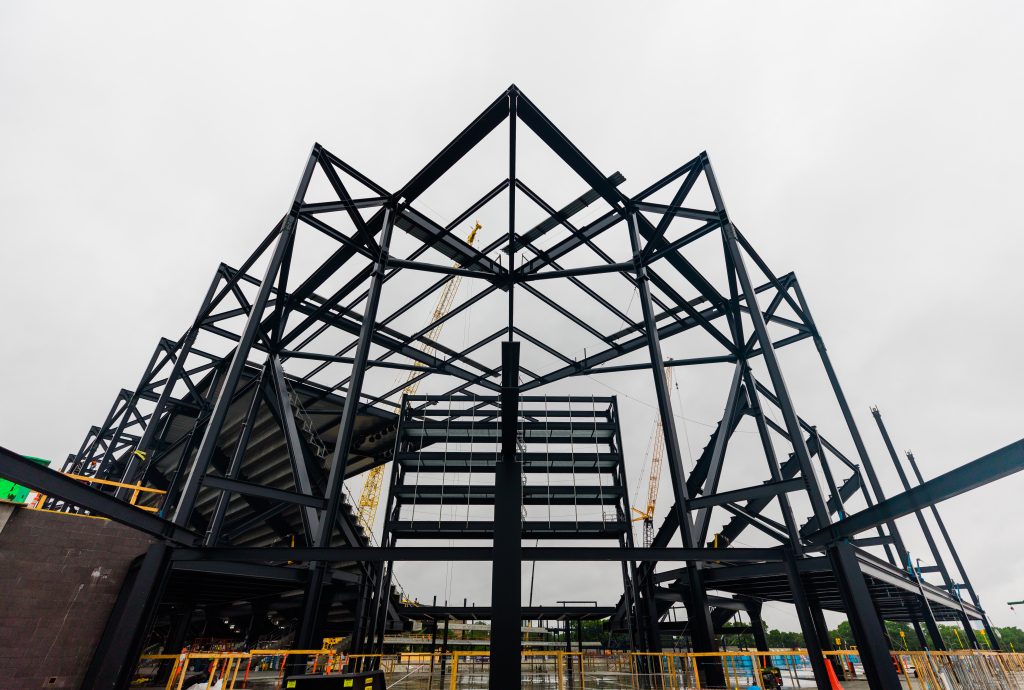 Nashville continue to make progress on the largest soccer-specific stadium in the U.S. and Canada. The 30,000 seat venue in the Wedgewood-Houston neighborhood is set to open in mid-May of 2022.

Current season ticket holders will receive details on their specific seat selection windows on Monday, June 28. They’ll be able to purchase their tickets starting on July 6.

More information on how to purchase tickets can be found at Nashville SC’s stadium membership guide.