Nashville SC got a much better result in their second trip to Miami this season, beating Inter Miami CF 5-1 in an emphatic win.

Gary Smith made a handful of changes to the side that lost 2-1 in Toronto last weekend, bringing in Randall Leal for Daniel Ríos, while Jack Maher returned to the right side of a back three.

Captain Dax McCarty also made his return to the lineup, replacing Brian Anunga in midfield next to Aníbal Godoy.

Hany Mukhtar again showed why he deserves to be included in the MVP conversation with a breathtaking performance. Played as a second striker next to CJ Sapong, he was a constant threat. He scored the opening goal after just six minutes, added a second just after halftime, and came inches from a hat trick with a nearly perfect free kick.

Walker Zimmerman scored the second goal of the night, leaping over Blaise Matuidi to head home Aníbal Godoy’s cross into an empty net after Miami ‘keeper Nick Marsman failed to claim a cross. Randall Leal capped his first start in over a month with a second half goal, while Alistair Johnston scored his first goal in a Nashville shirt in second half stoppage time, smashing a cross from substitute Jhonder Cádiz off the underside of the crossbar.

Gonzalo Higuaín pulled a goal back in the second half, but it was largely irrelevant on a night where Nashville had their way.

Nashville followed up their worst performance of the year with one of their best. Against a Miami backline that was hobbled with injury and suspension, Gary Smith’s side were ruthless, and had opportunities to make the scoreline even more one-sided. With New York City FC conceding an equalizer in the 12th minute of stoppage time, Nashville now have a five point advantage in second place.

Hany Mukhtar’s performance showed that he deserves to be included in the MVP conversation. His 12 goals are the sixth-most in the league, and he’s a single assist away from hitting double digits in both goals and assists. His form has been arguably the storyline of Nashville’s season. 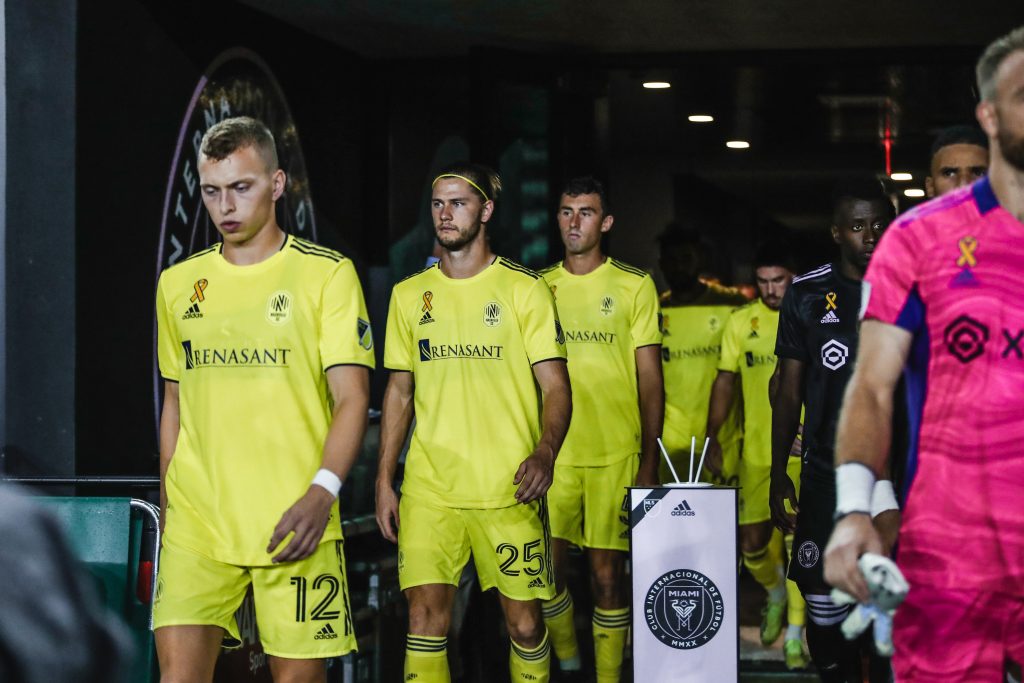 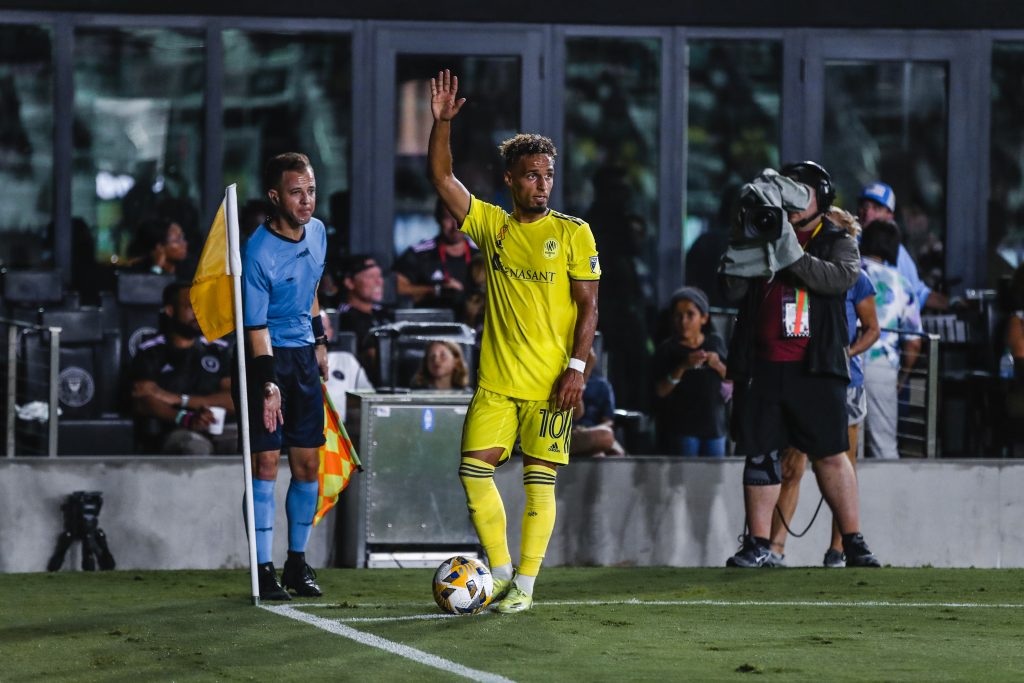 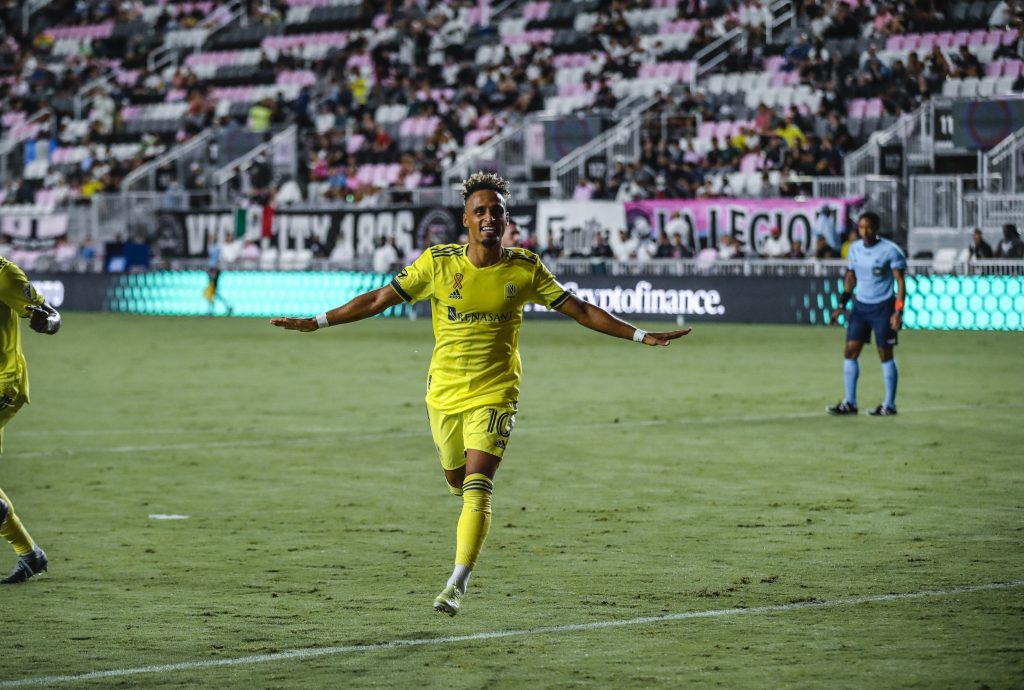 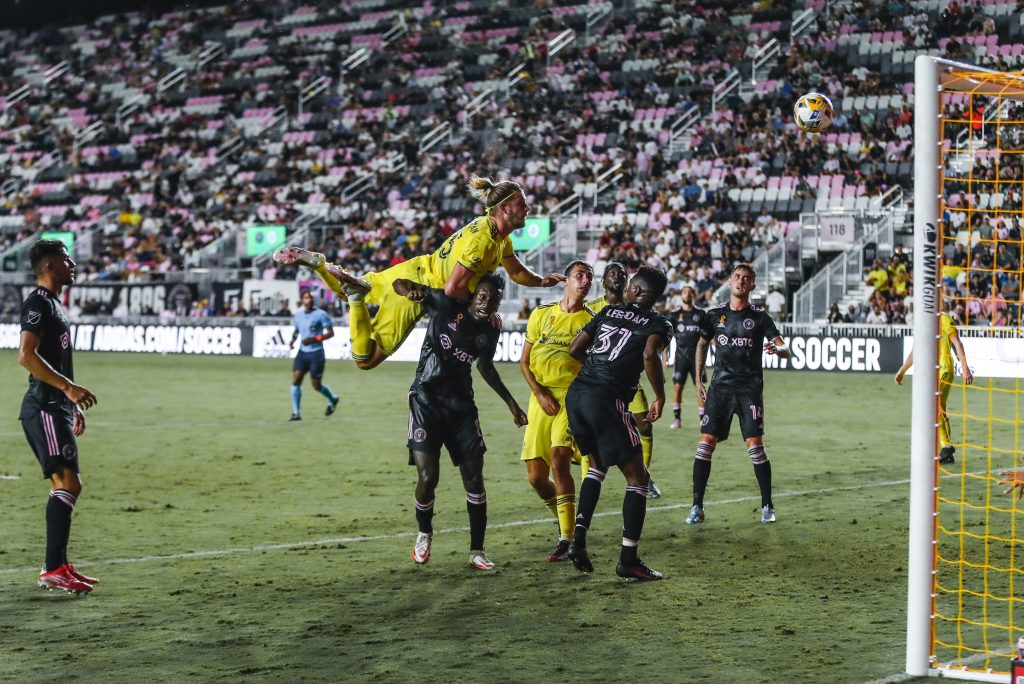 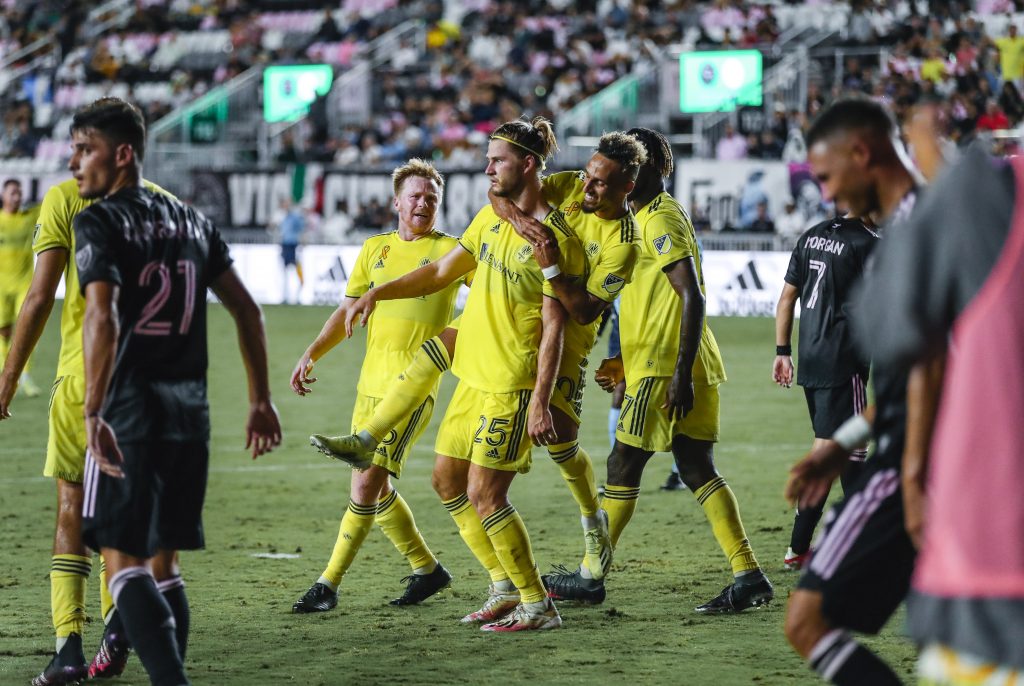 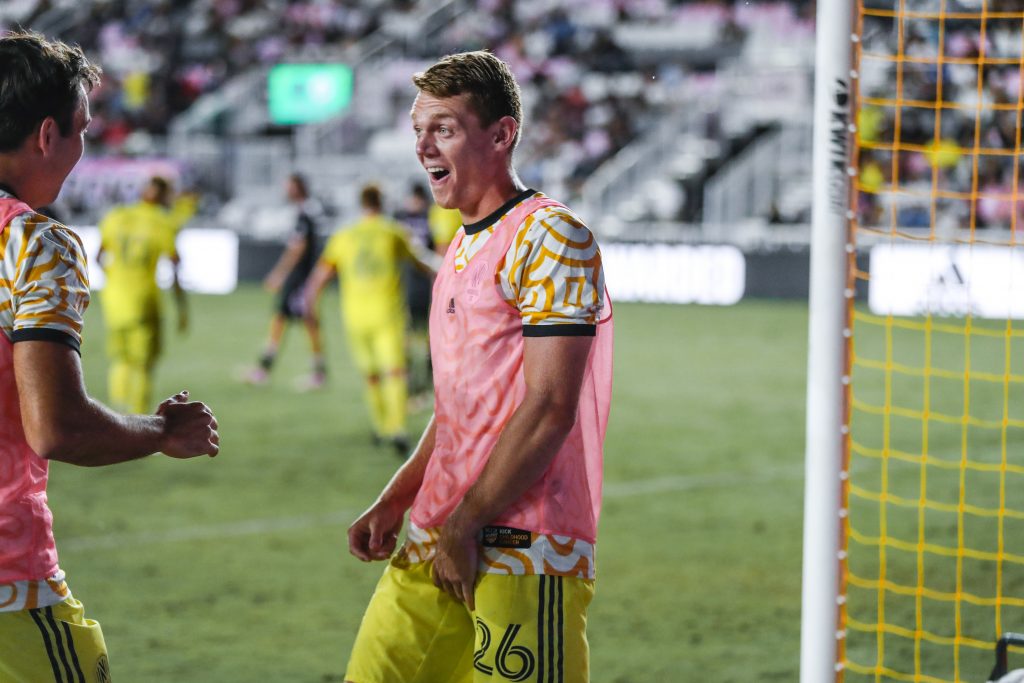 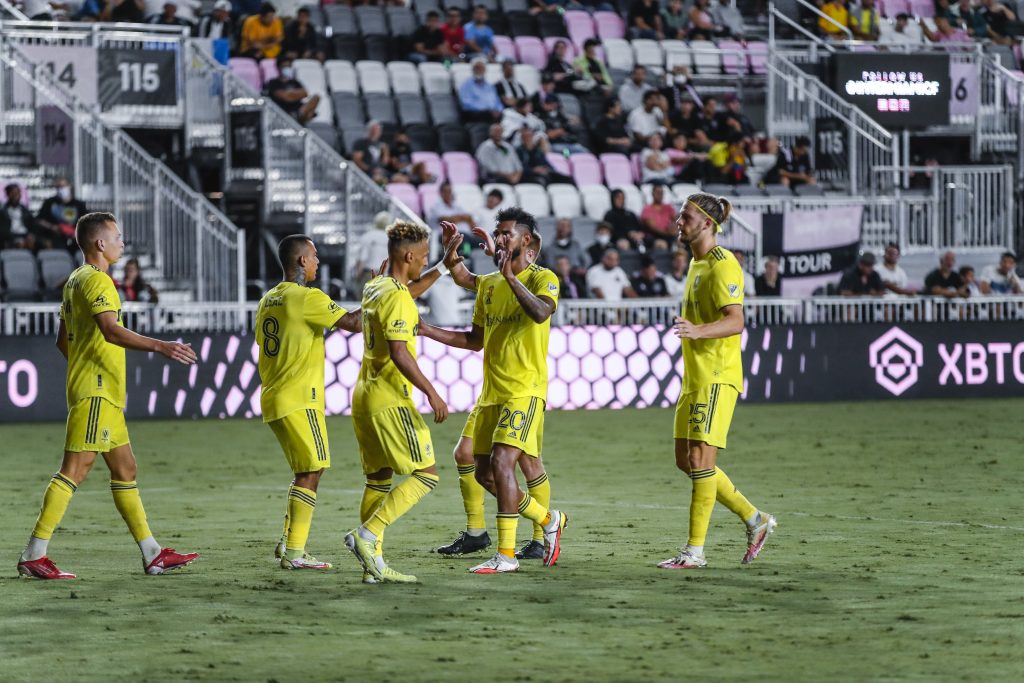 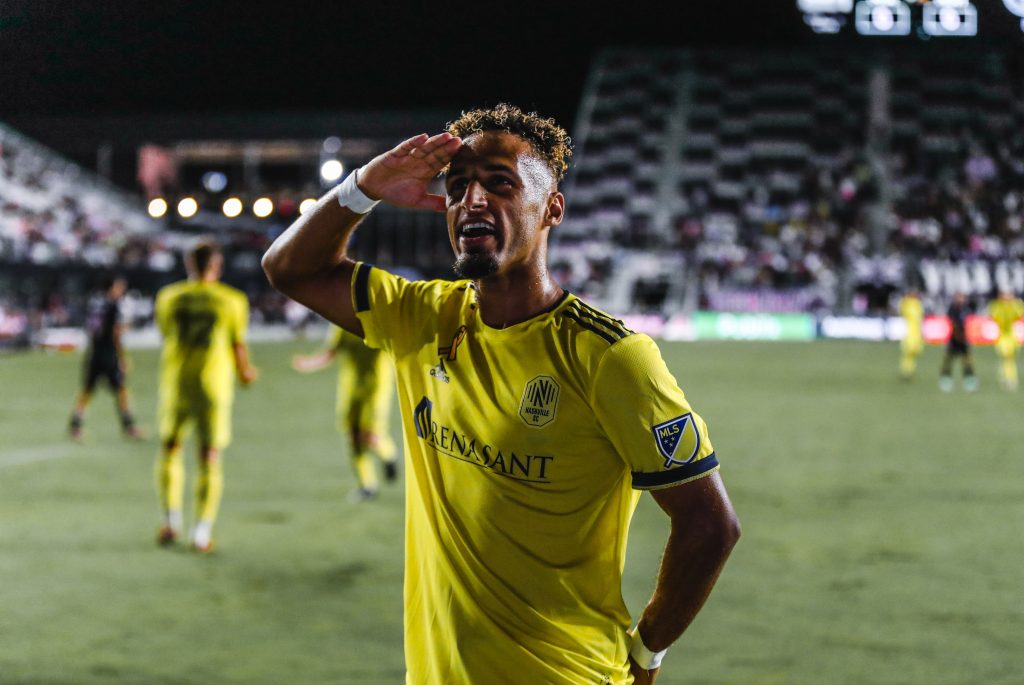 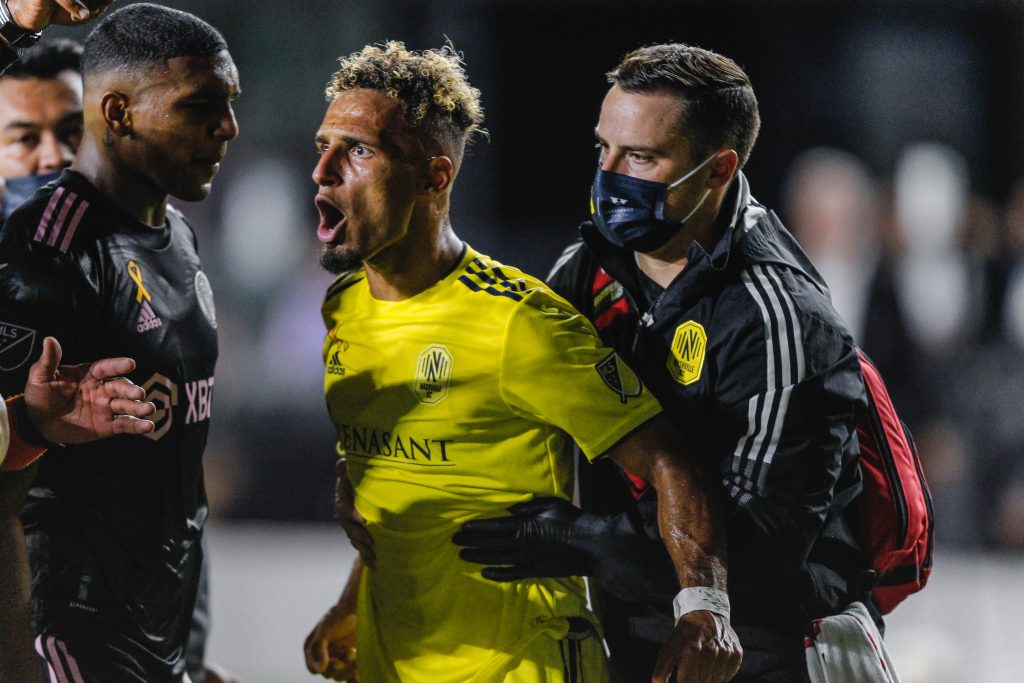 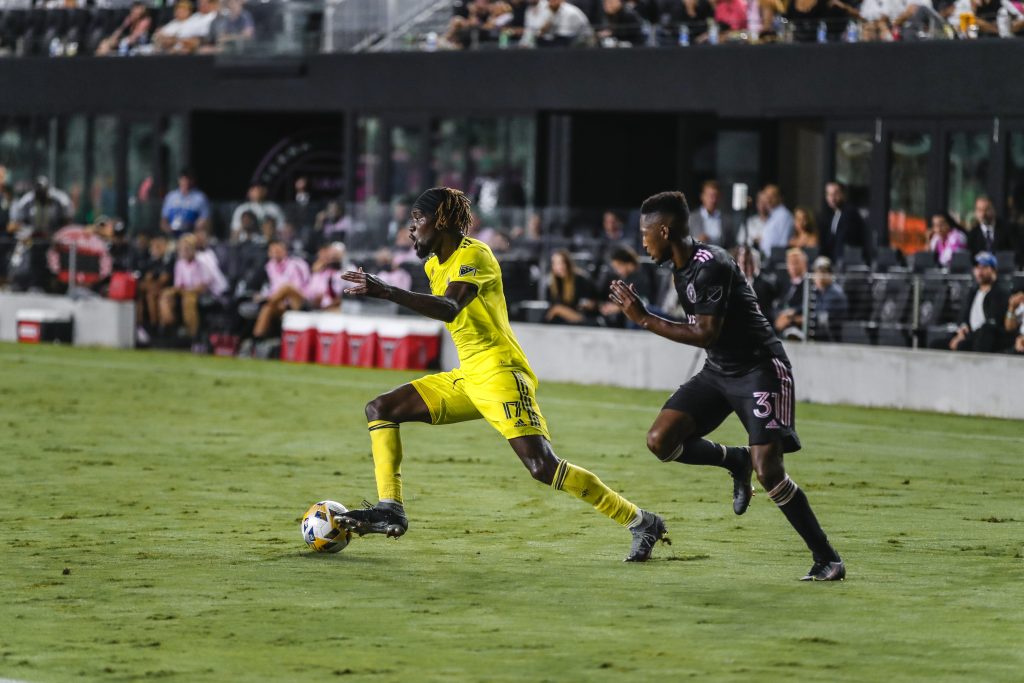 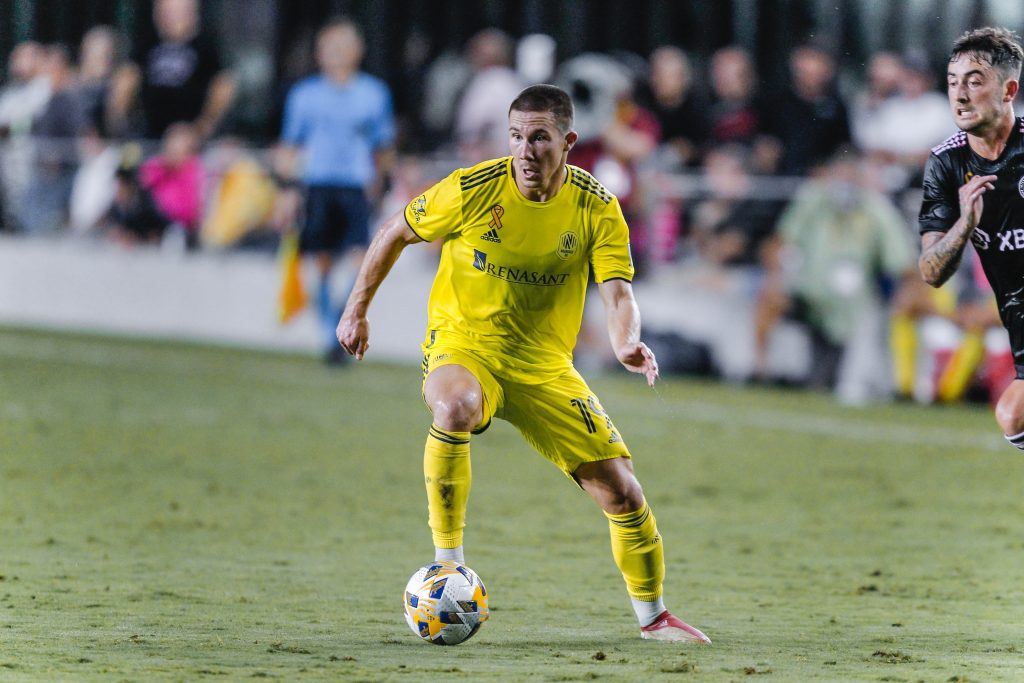 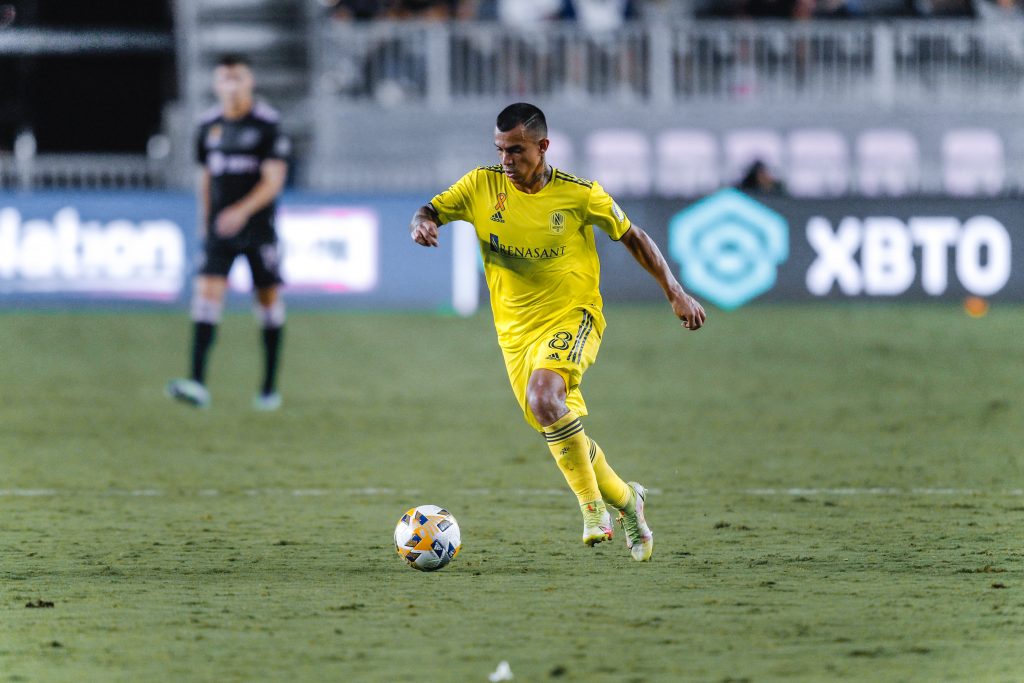 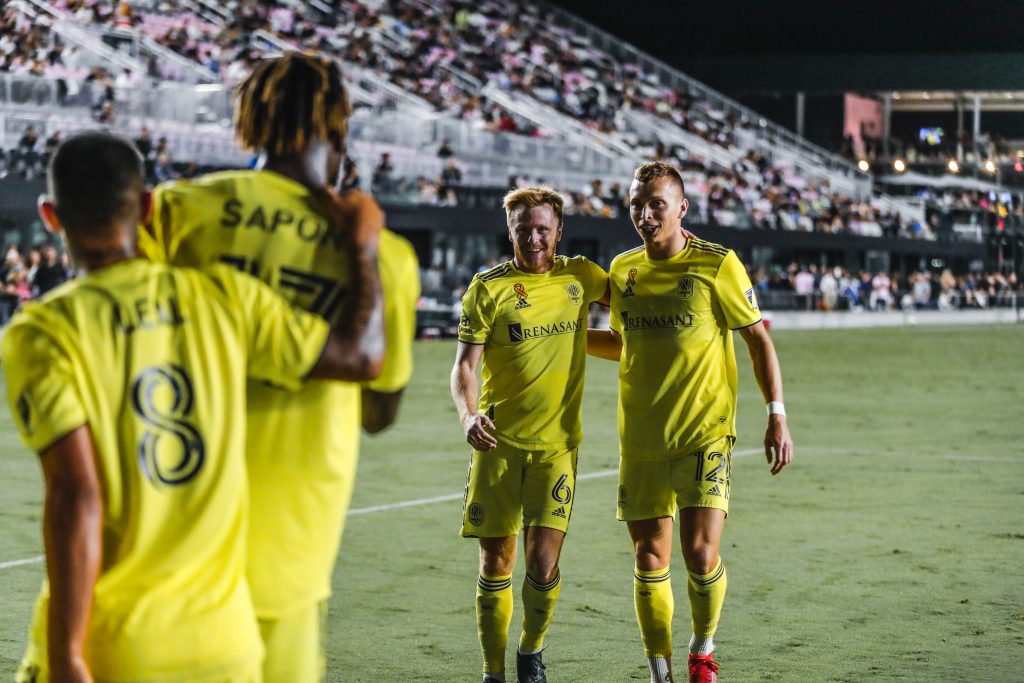 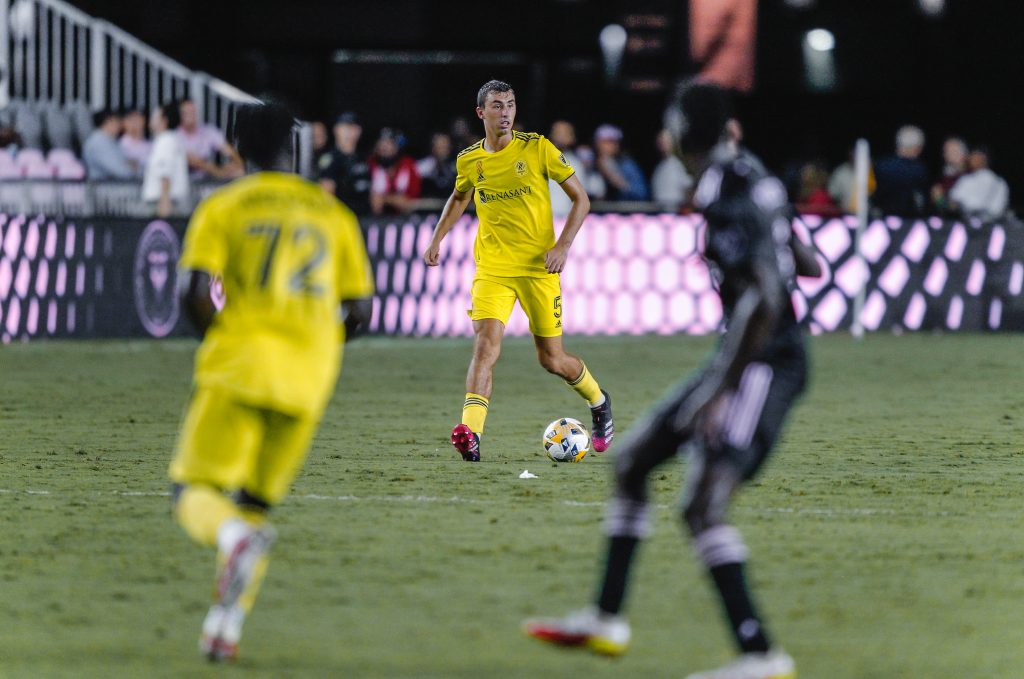 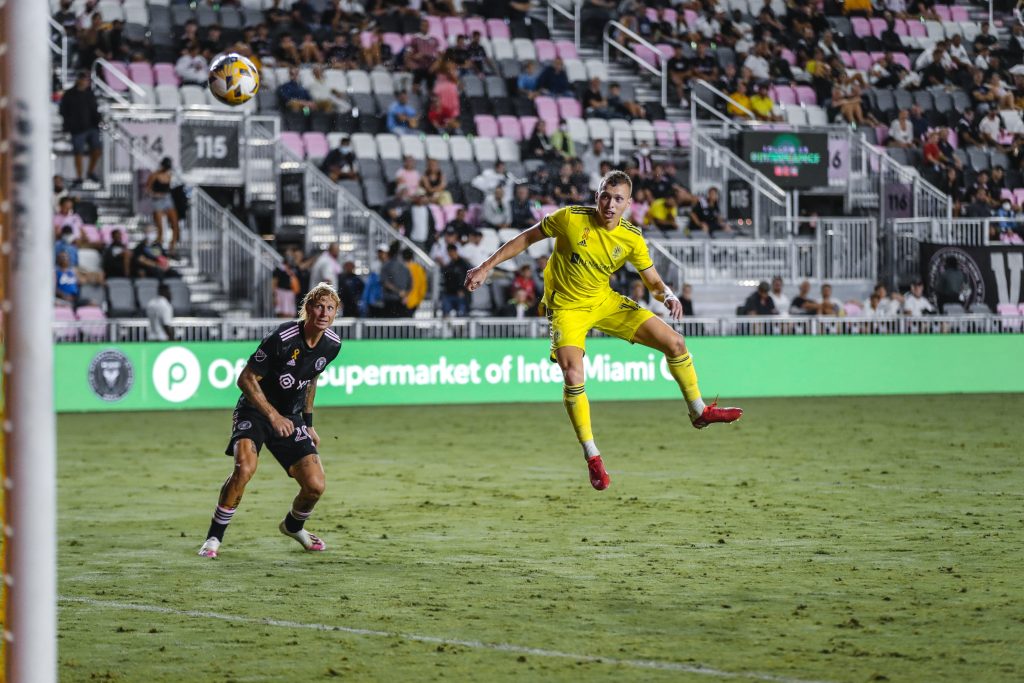 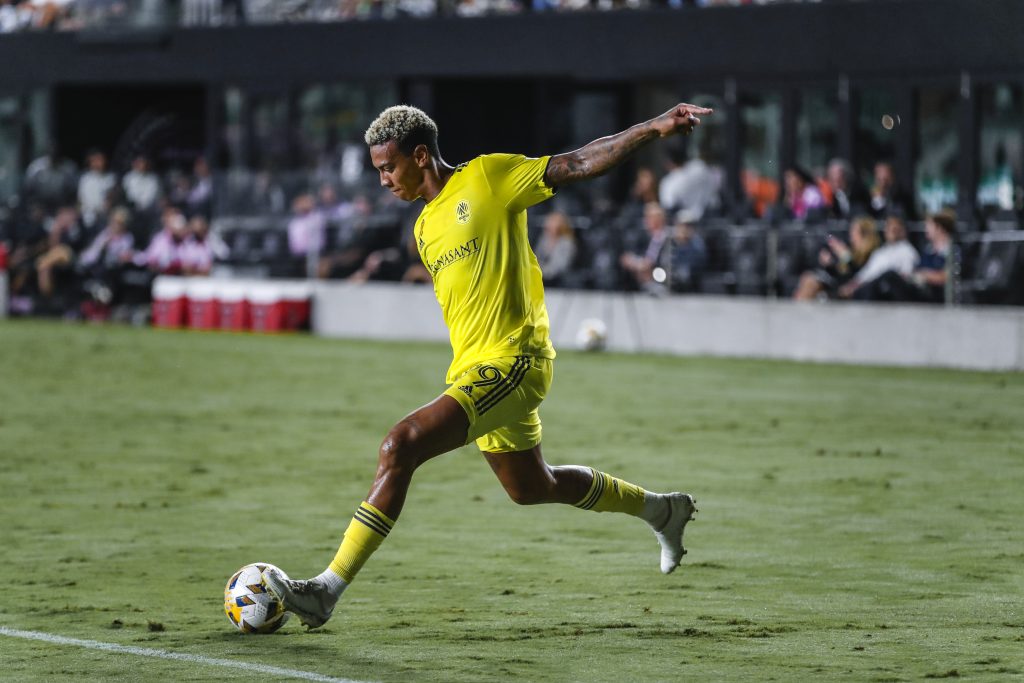 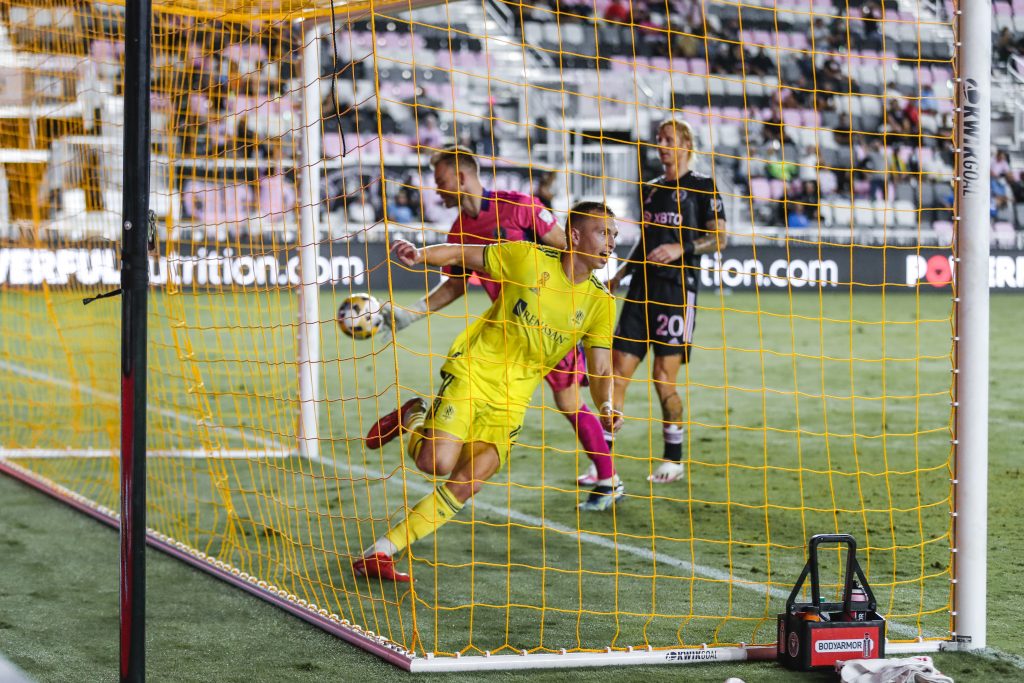 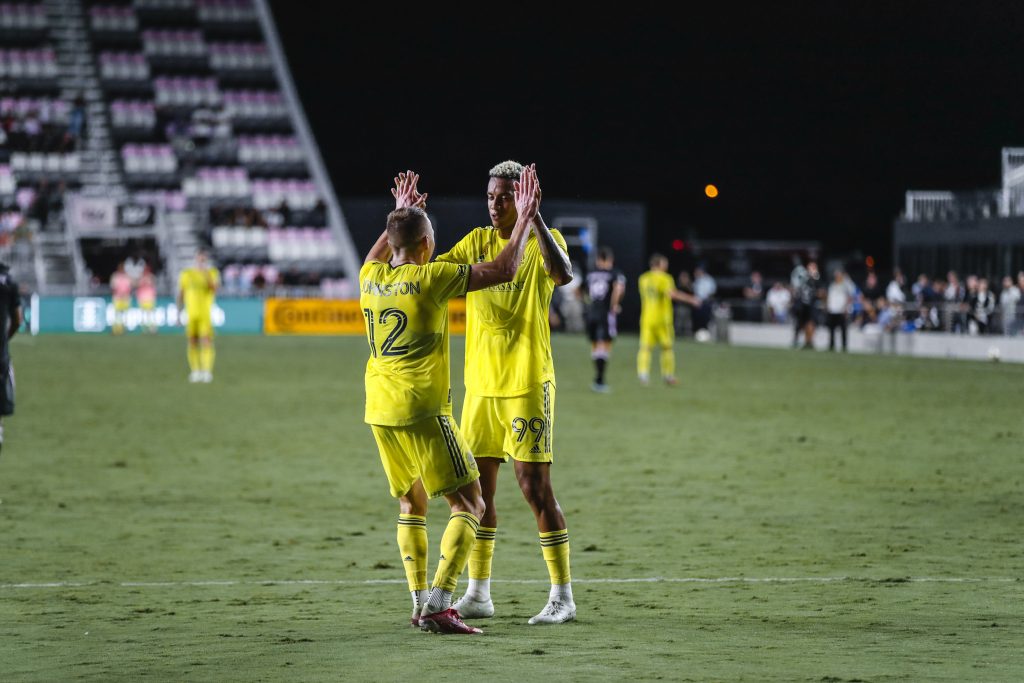