The U.S. Men’s National Team started their 2021 Gold Cup with three points over a Haiti side in a difficult situation. Left-back Sam Vines scored his first international goal in the 8th minute to give the Yanks the lead, and despite plenty of possession, the hosts couldn’t find a second goal, finishing the match with a one-goal win.

The U.S. backline of Shaq Moore, Miles Robinson, Walker Zimmerman and Sam Vines, plus Matt Turner in goal, largely answered every question Haiti asked of them. Zimmerman especially was impressive with his passing, and played a role in the opening goal with a ball out to Moore. Moore raised his stock perhaps more than anyone on the night. The Tenerife right-back was a constant threat down the flank, curling in several gorgeous balls into the box, and probably unfortunate not to notch an assist.

Haiti isn’t the biggest test for a defense of this caliber, but they dealt with everything thrown at them.

Where is winger depth?

Jonathan Lewis was a non-factor for his 62 minutes on the pitch, not a surprise given his lack of playing time in Colorado this season. Paul Arriola, the senior winger in the squad and the most likely to feature in World Cup qualifying, came off with an apparent hamstring injury after just 14 minutes. He was replaced by Nicholas Gioacchini, who only played 60 minutes before being taken off himself.

With Arriola out and Lewis unsurprisingly ineffective, options are thing. Matthew Hoppe can play out of position on the wings, as can Cristian Roldan. Gyasi Zardes played on the left for a few minutes before Berhalter shifted to a 5-3-2 formation that saw Zardes and Daryl Dike in a strike partnership. A long-term switch to the back five could be an answer from Berhalter, but would be an admission that he got his winger selection wrong for this squad.

Sporting KC man Gianluca Busio made his international debut on his home field, and nearly capped it off with a banger soon after entering. The 19 year old completed 90% of his passes and provided a much-needed spark for the team. With Jackson Yueill again underwhelming, Berhalter needs to look at other options in the no. 6 role. Busio should be at the top of that list. 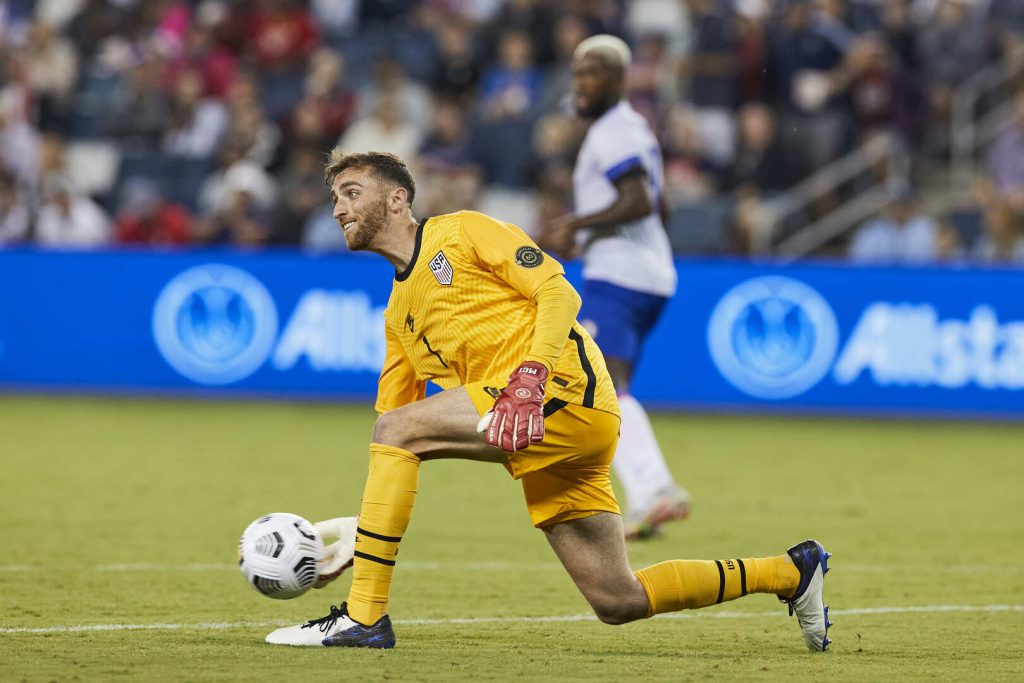 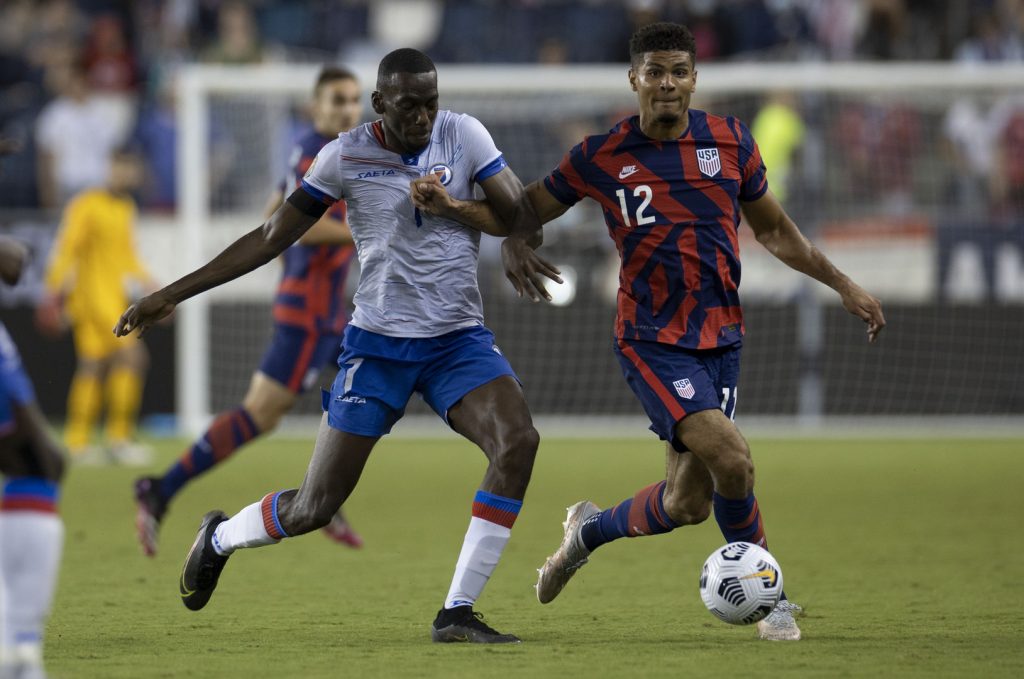 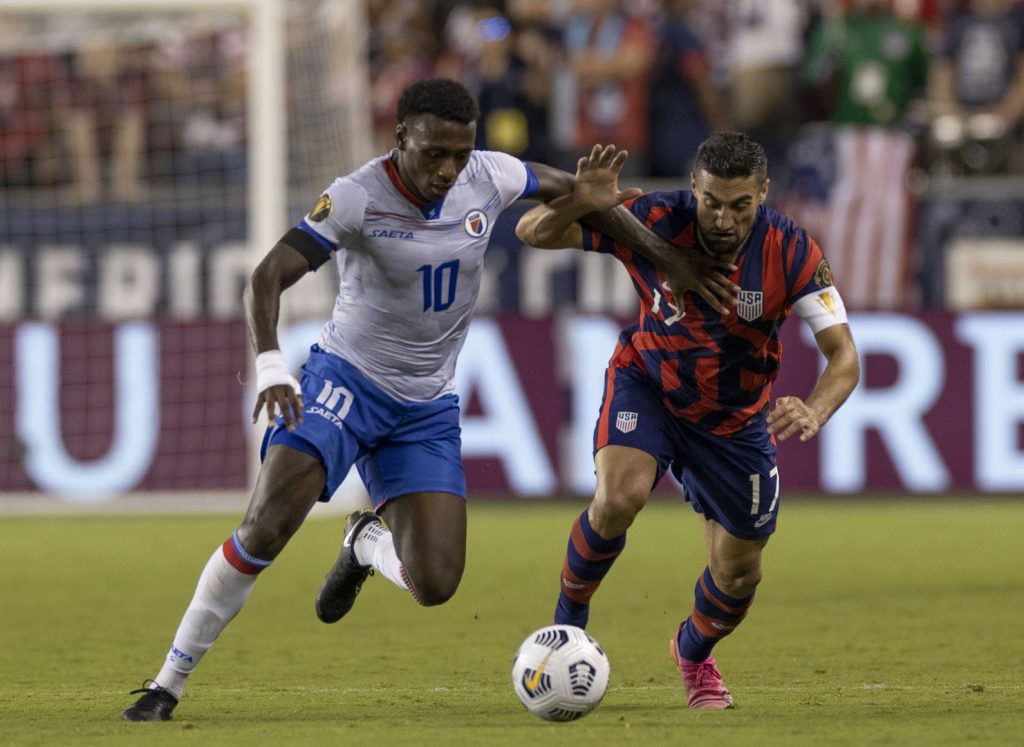 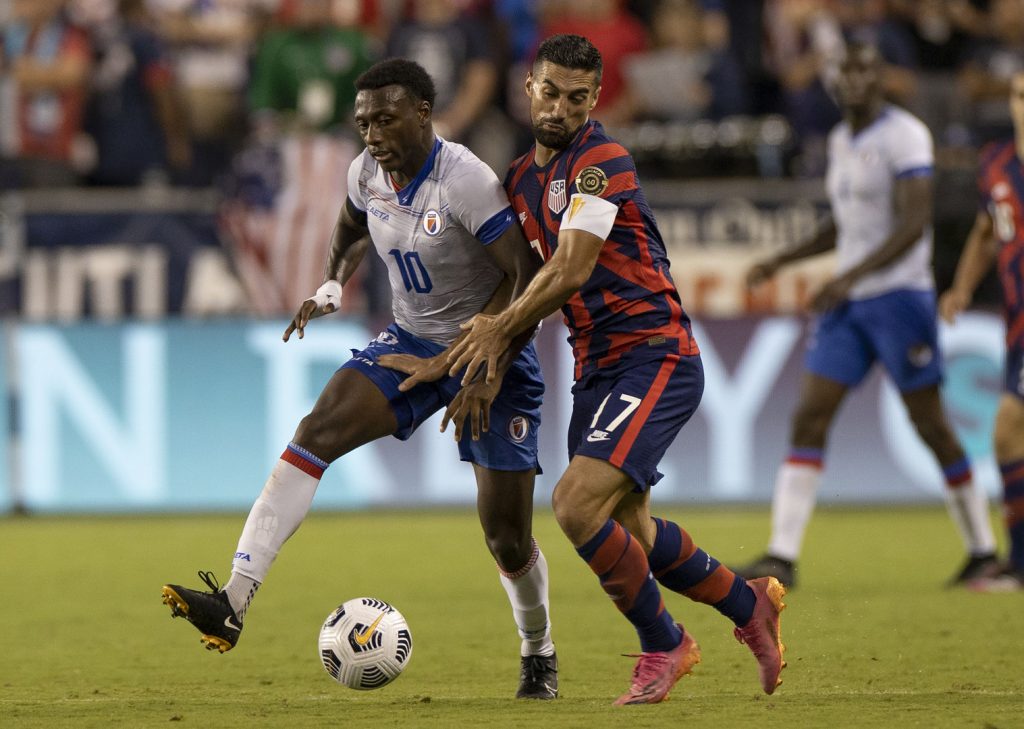 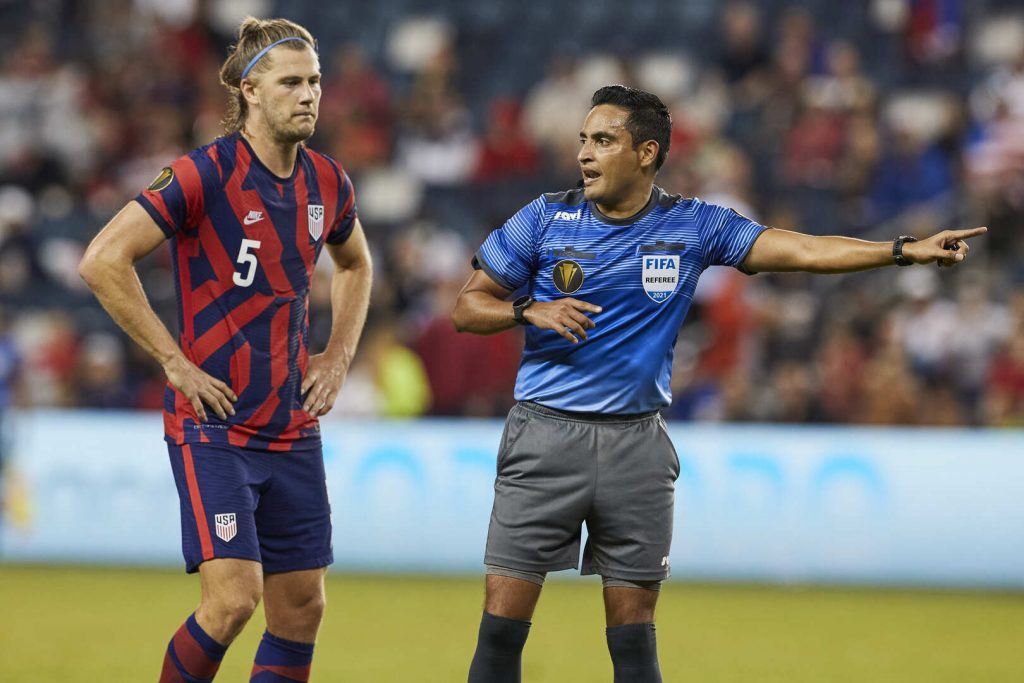 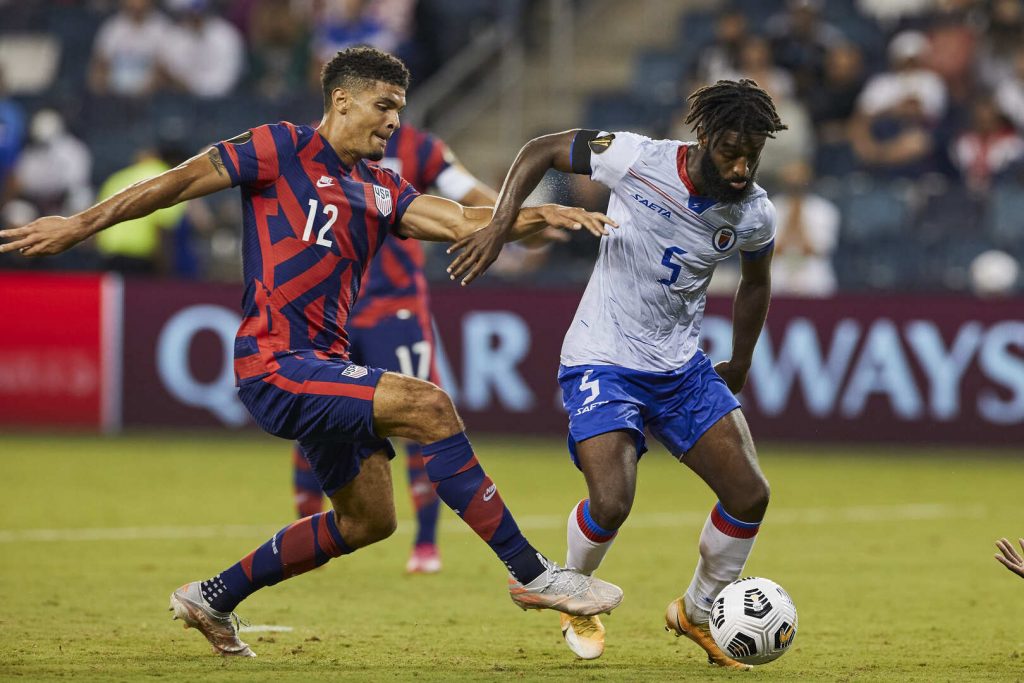 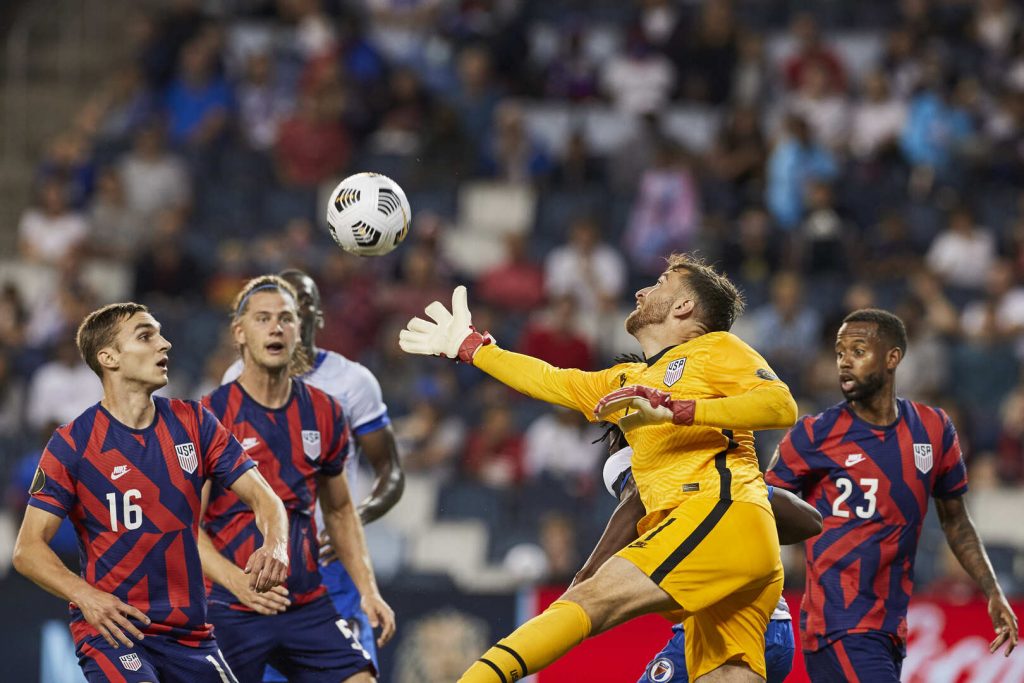 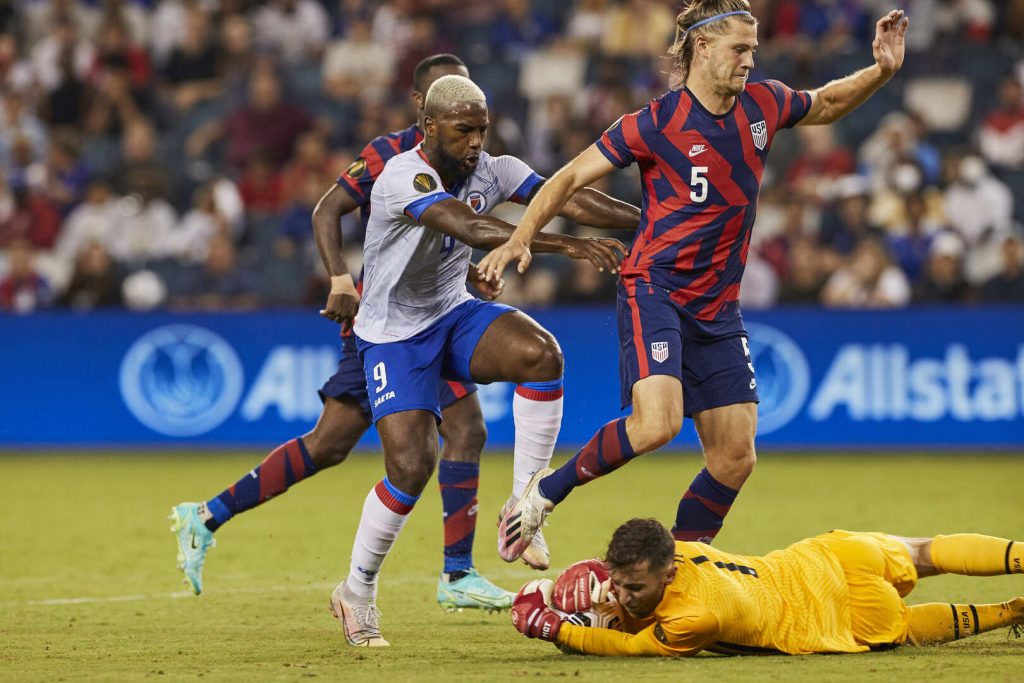 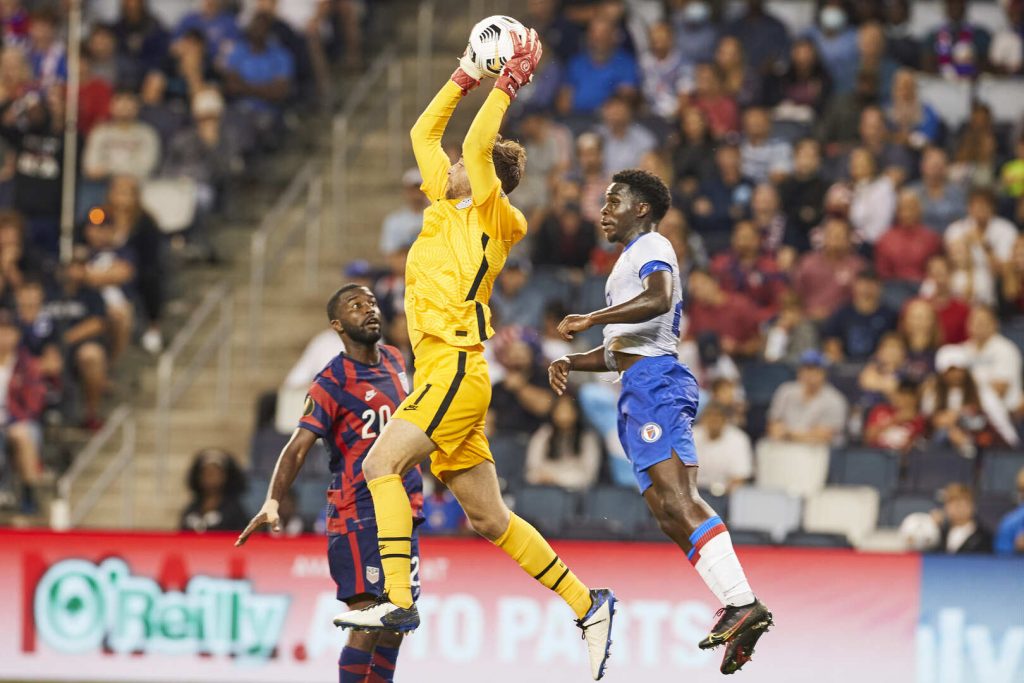