“I’m just looking to add my best to the group. I want the best for the team. I want the team to win. That’s paramount. I’m just really excited to be here.”

In his first media availability after joining Nashville SC, Sean Davis struck all the right chords. The former New York Red Bull was one of the hottest names in MLS free agency, and despite his in-demand status, the 28-year-old echoed humility, gratefulness and eagerness in his 21 minute media session.

“I think that Nashville is a club that’s gotten so many things right, not only in its MLS tenure but also dating back to the USL days,” Davis said. “I look at the locker room and have a lot of admiration for how it was constructed. I looked around and felt like it was a group that I could immediately connect with.”

While Davis is leaving Red Bull for the first time in his seven year MLS career, he made it clear that he’s no stranger in Nashville’s locker room. He played with Alex Muyl and Dax McCarty in New York. He and Dan Lovitz played together in the USL PDL for the Carolina Dynamo back in 2013, and he ran into Taylor Washington during their youth careers in the New York area.

For Davis, moving to Nashville was a chance to reunite with two key figures in his career; Dax McCarty and Kosuke Kimura. Davis credits Kimura for making him comfortable in his early days as a young professional, and calls him “a huge inspiration to me.” He wore the number 27 shirt in part to tribute Kimura, who shares a Japanese heritage with Davis and had a major impact on a young player. In Nashville, his 54 jersey doubles his old number, with the added benefit of reflecting the average of his parents’ birth years.

McCarty had a similar impact on Davis.

“When I look back at my time at Red Bull, I wouldn’t be sitting here talking with you guys today if it wasn’t for Dax and seeing how he showed up every day, understanding what it took to be a top player in this league. That was a really important time for me,” he noted. “Dax knows this, but I’ll always be grateful for him and I’ll always look up to him.”

Familiarity was one reason he chose Music City. Another key reason was simply how much Nashville wanted him.

“Honestly, it was just a really special time in my career. I’ll remember every aspect of it for the rest of my life,” he beamed. “Mike Jacobs and John Ingram, the Nashville SC owner, flew up to Teterboro. They picked up my girlfriend and I and we flew on a private plane to Nashville. That’s just something I never would have expected in my entire career. You know, I would’ve been happy flying to Nashville in economy! This was definitely a special gesture from them. It was an emotional experience. It made me feel so appreciative that they would go to these lengths to show that they valued me.”

Jacobs and Ingram took Davis around Nashville, took him and his girlfriend to dinner, and brought him to a Nashville Predators game, which Davis referred to multiple times as a valuable look into Nashville’s sports culture. And while plenty of teams around the league were eager to land Davis, Nashville stood out.

“Nashville just felt like a great fit. There was a lot of other interest, but I kinda had my blinders on at that point. Nashville had just done so much in such a short amount of time that it felt like the right move, and I was convinced of it.”

The captain and elder statesman in New York, Davis joins a Nashville team with an established pairing of league veterans in Dax McCarty and Aníbal Godoy, as well as the rapidly developing Brian Anunga. Davis played every minute of the 2021 season for New York, and while he aims to fight for every minute, he’s also aware that his role may look different in 2022.

“I’m looking to compliment the midfield group. I’m looking to fight every single day to become a better player and help the team win, but I’m also realistic that maybe I won’t be able to play every single minute,” he said. “Every guy is talented in their own ways, but over the course of these last two seasons it’s been really impressive to see them control games in different ways, and ultimately I’m just looking to add my best to the group and compliment the group in any way possible.”

He’s excited about life off the field in Nashville as well.

“I want to immerse myself in Nashville culture,” he said. “My girlfriend and I love the idea of getting to know the different neighborhoods of Nashville, understanding the history, understanding where it’s come from and why it’s one of the hottest places in the U.S. right now. They have such a rich culture already that we’re not going to run out of things to do.” 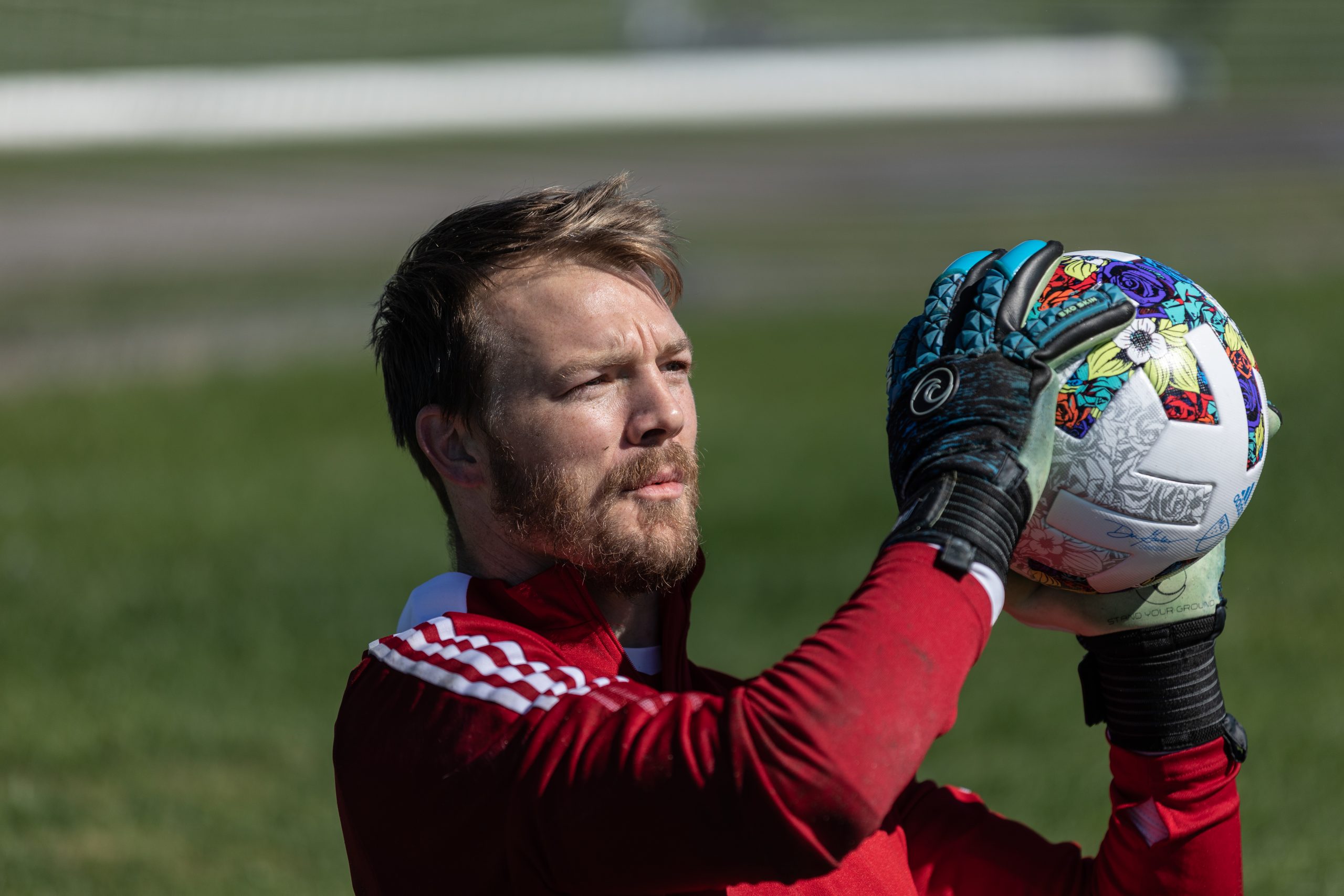 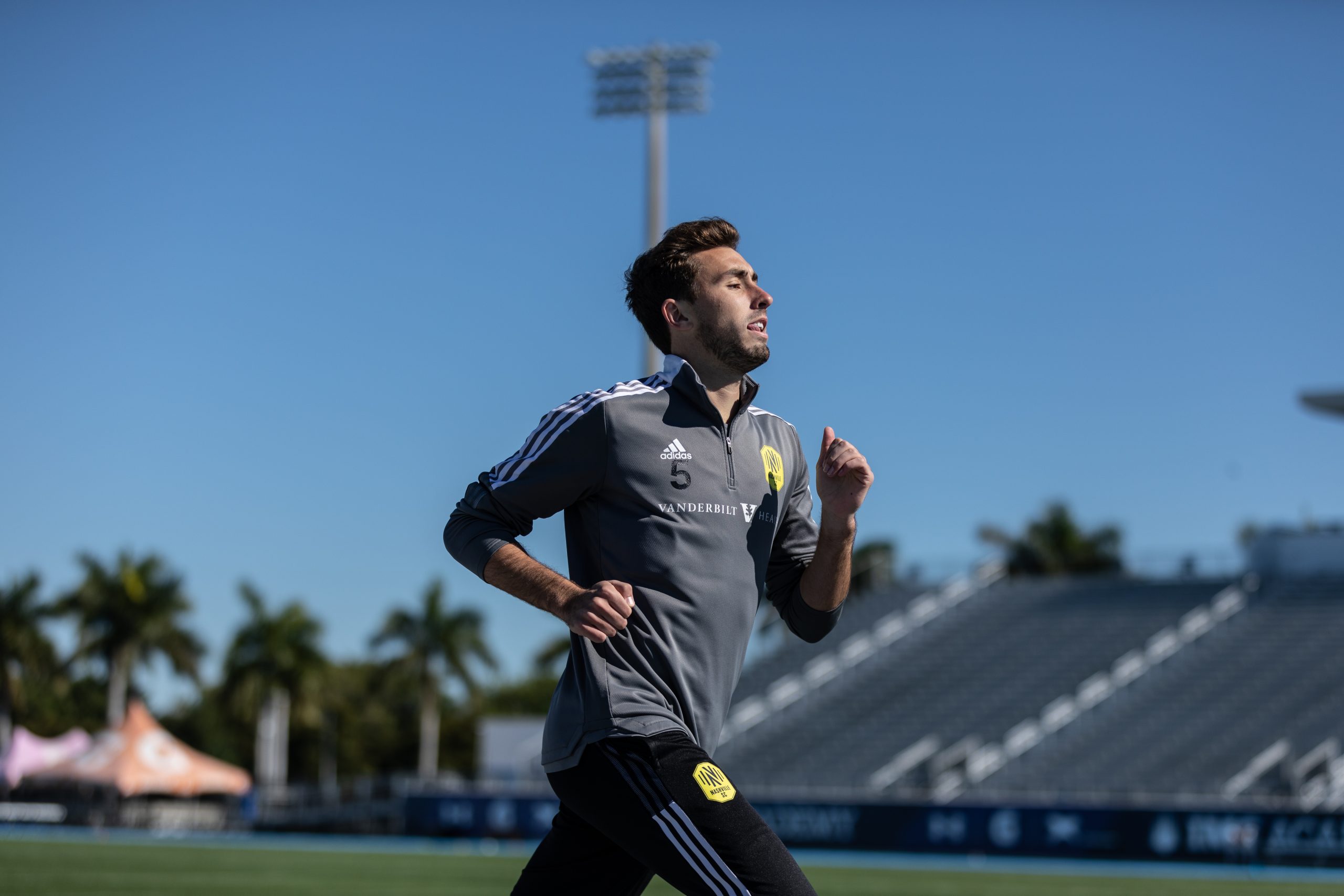 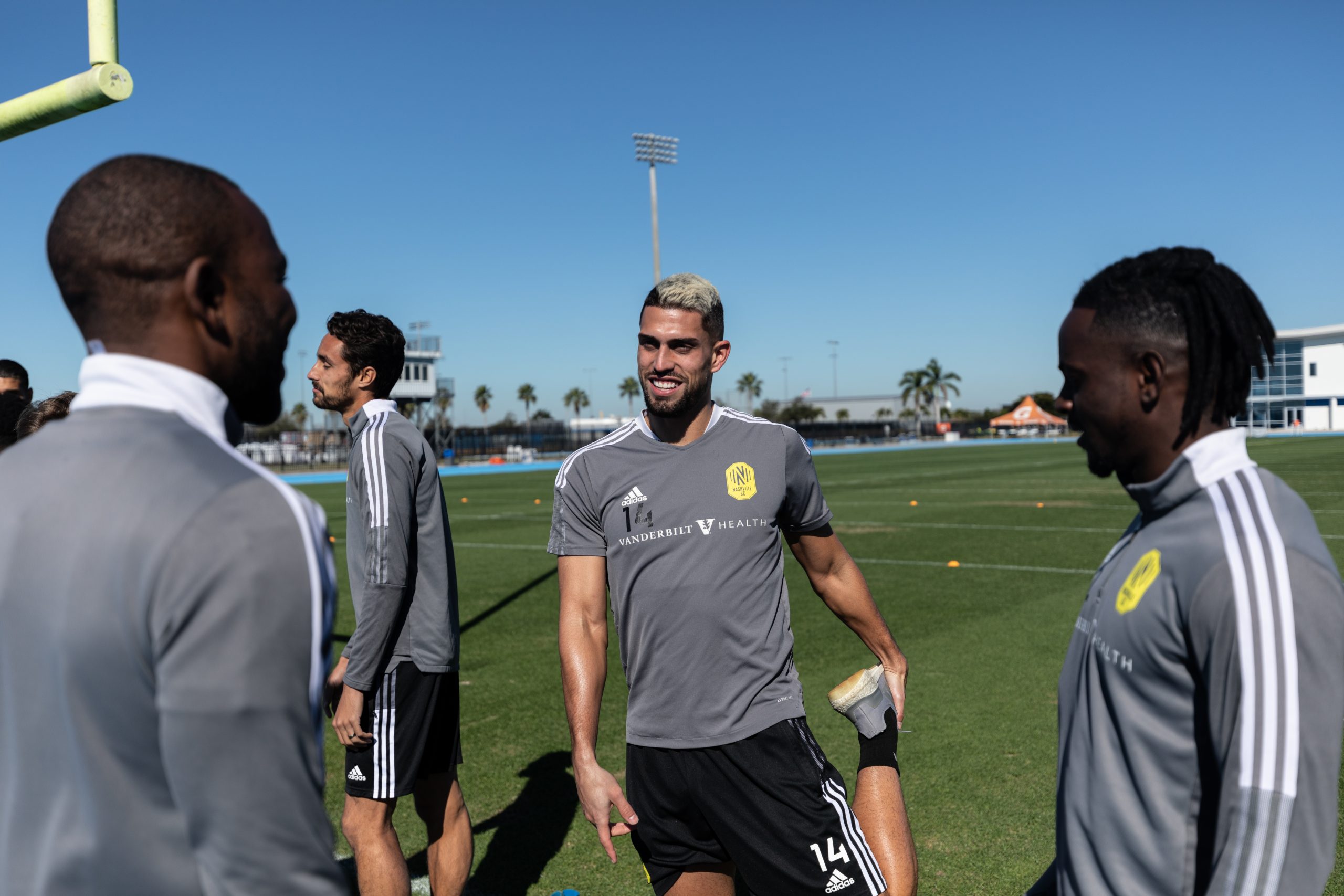 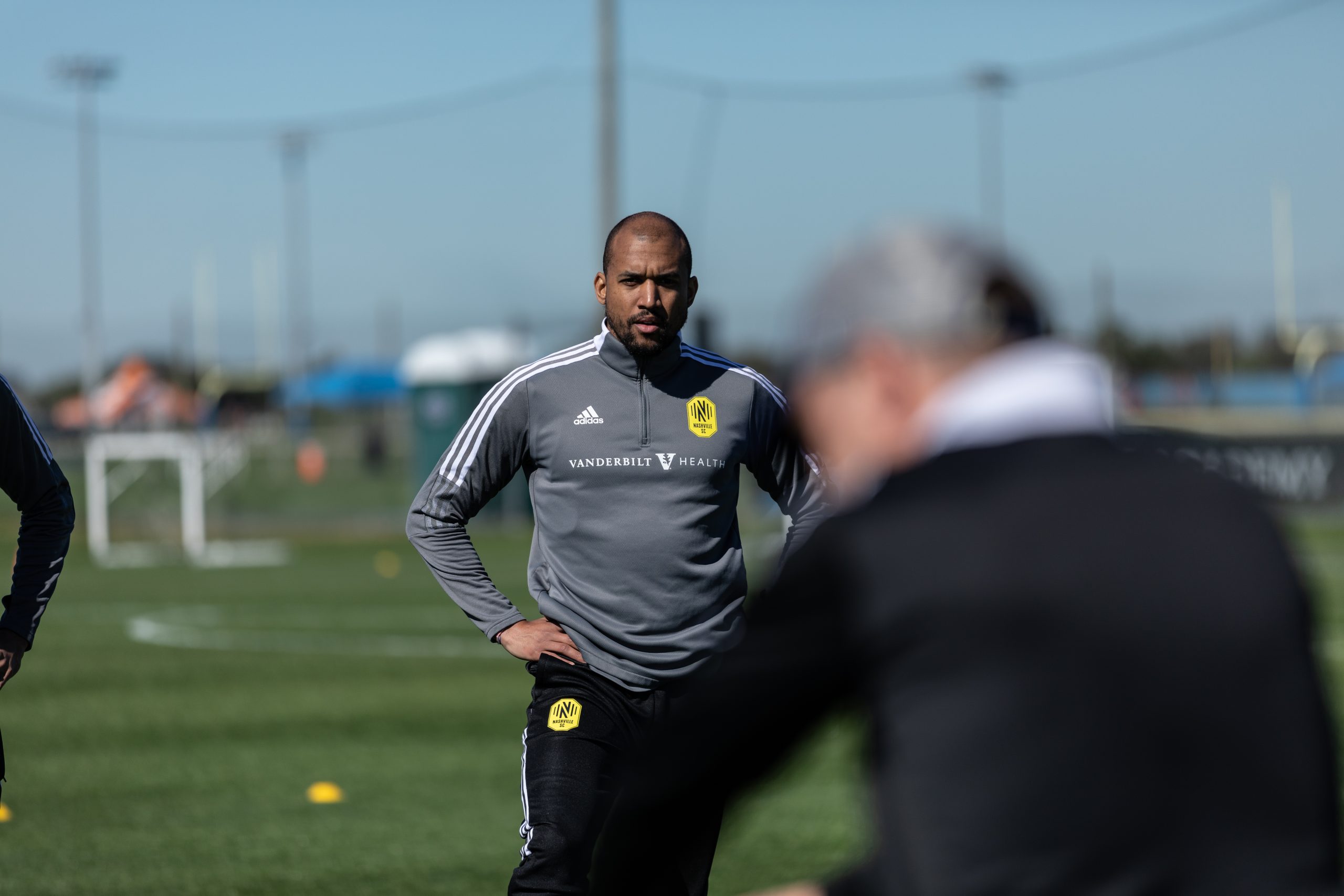 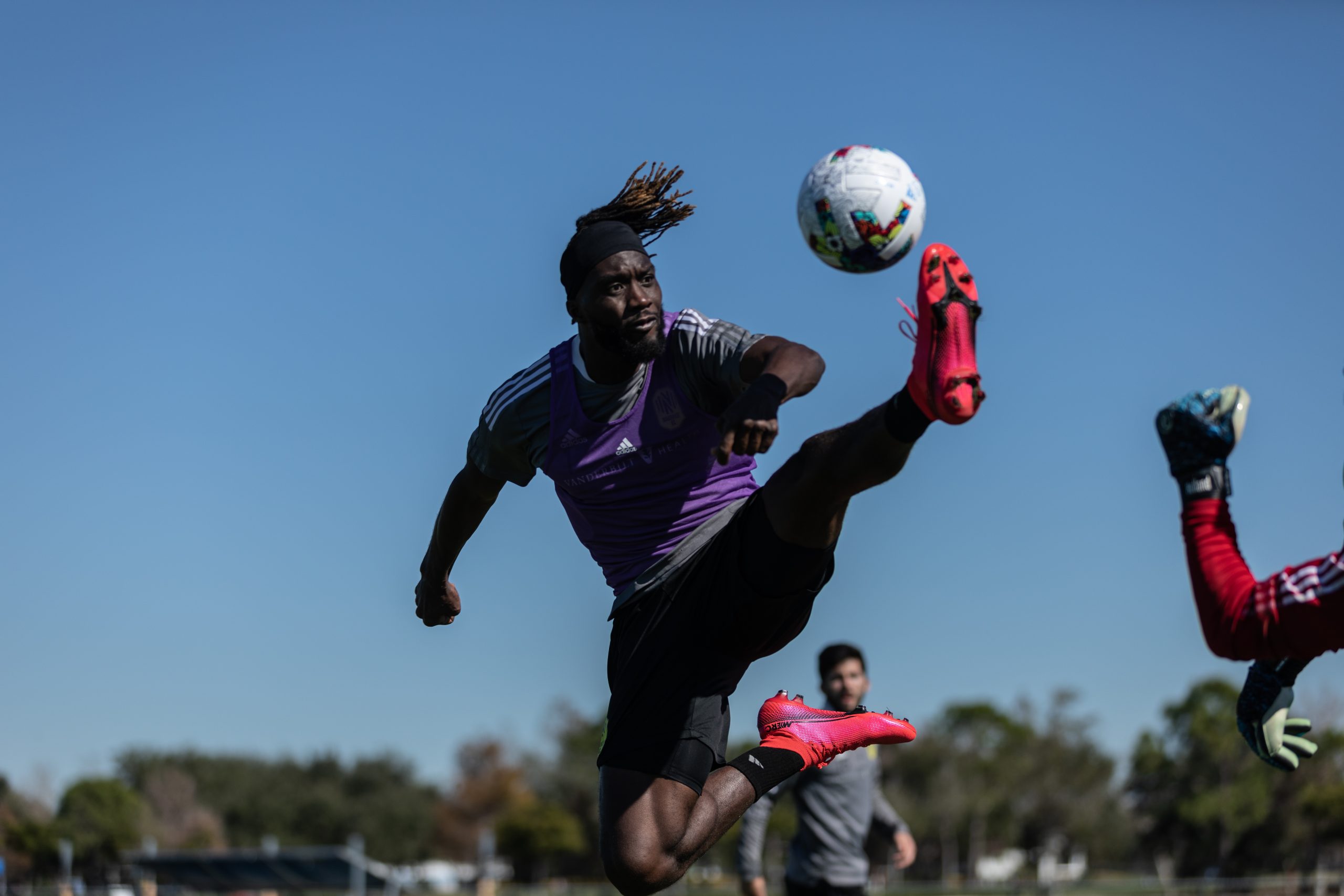 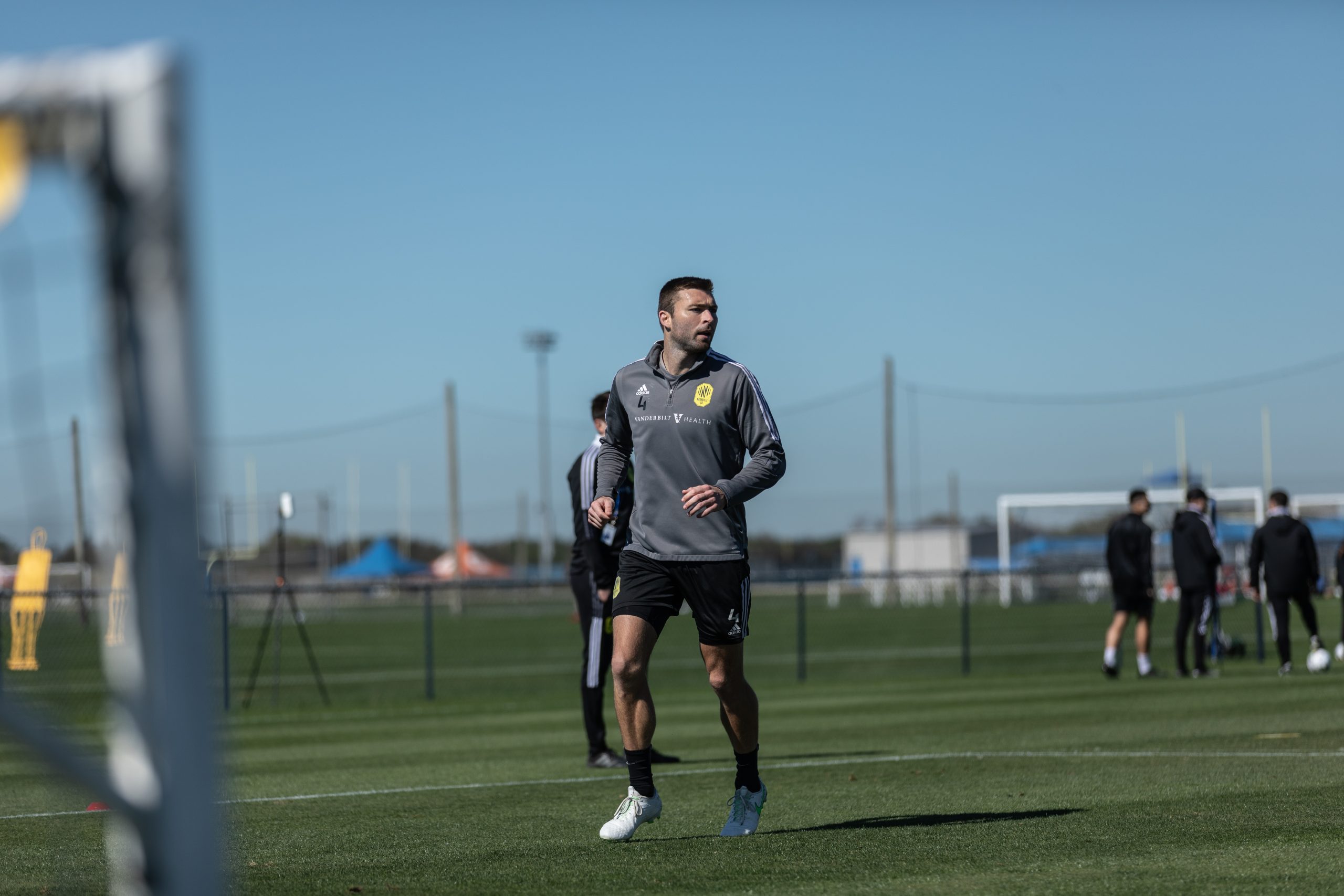 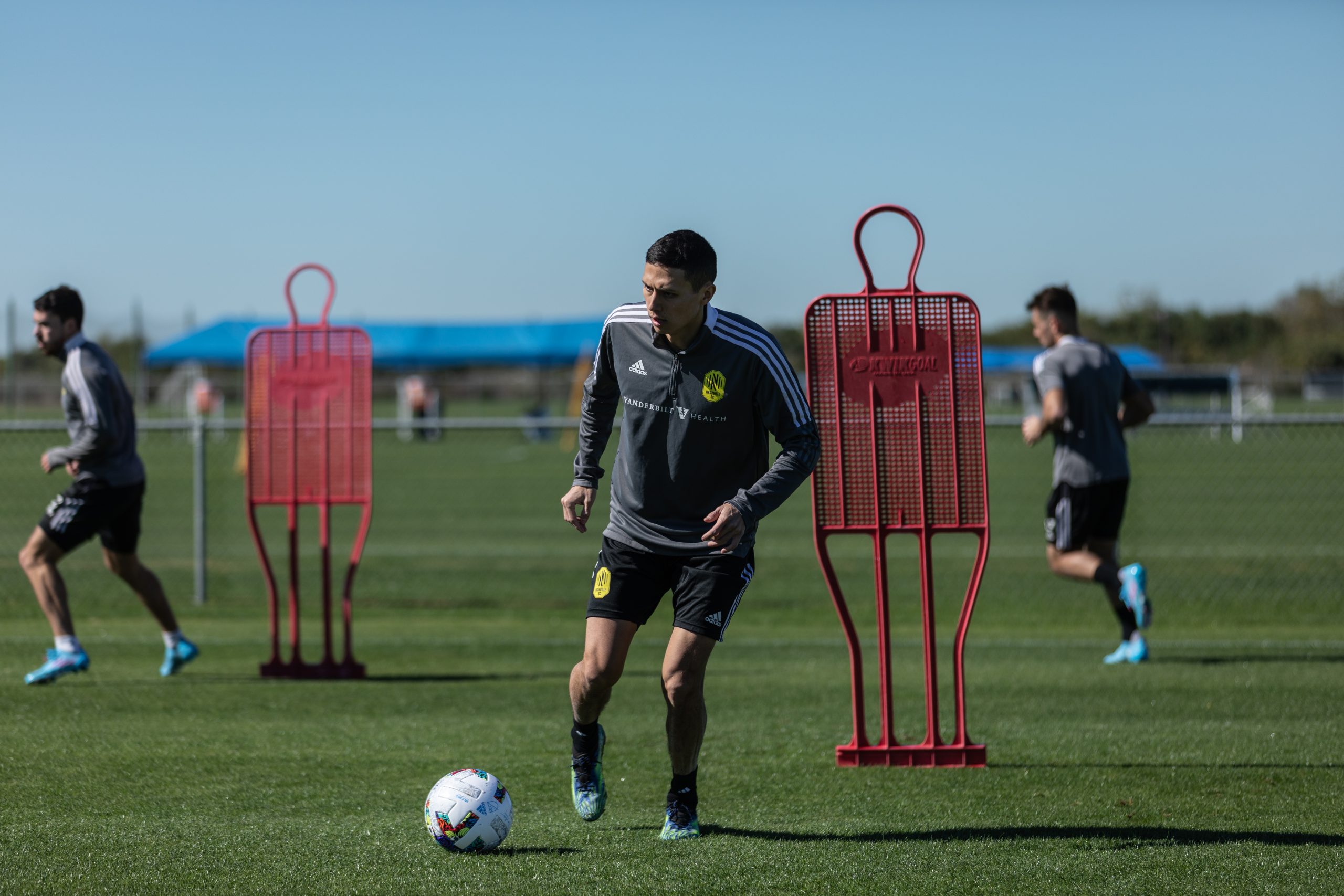 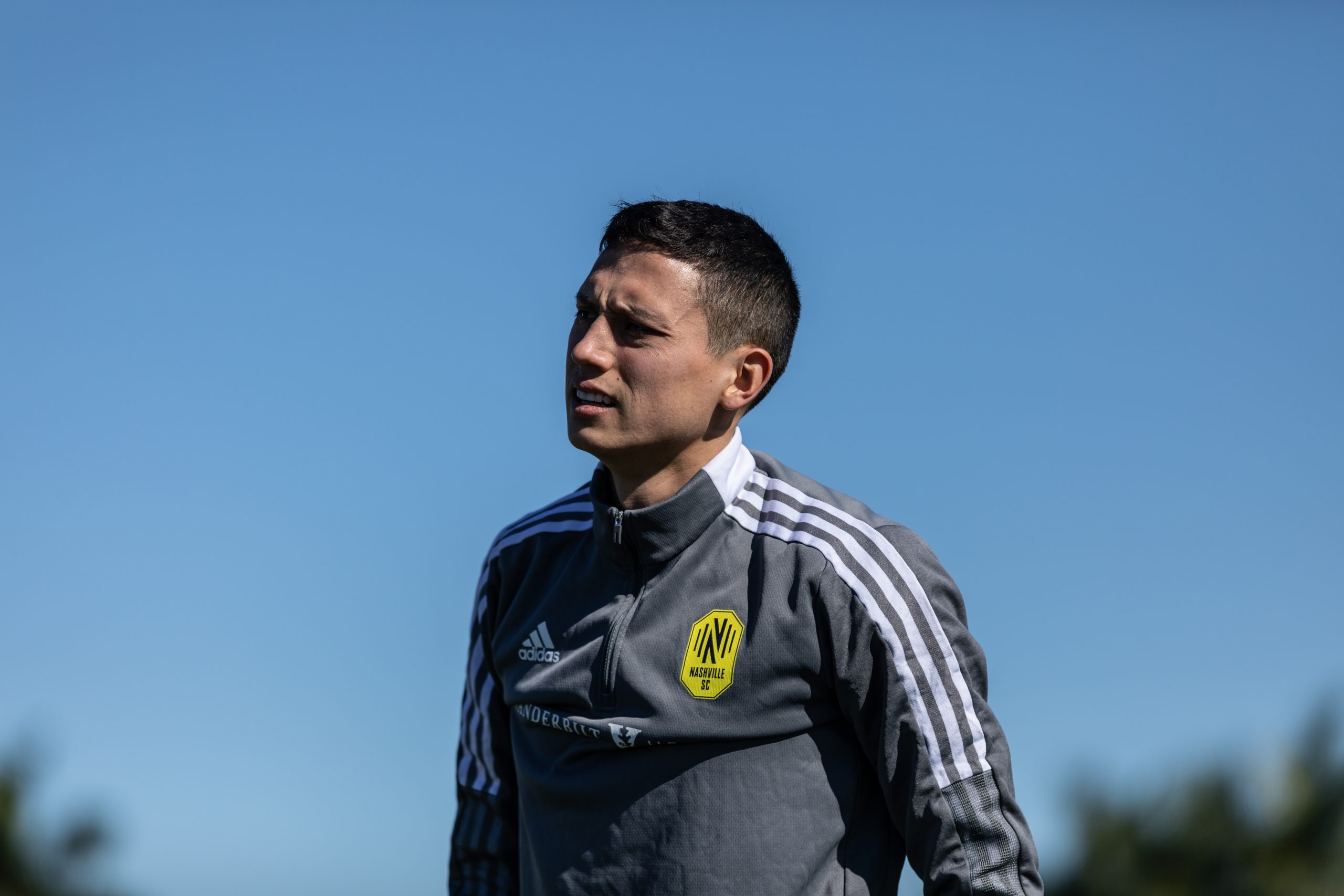 With the chaos and excitement of free agency behind him, Davis is clear that he’s fully focused on football. Nashville have made the playoffs in their first two years, a historic feat for an expansion team. Doing it in year three is about to get even harder.

After playing their first two seasons in the Eastern Conference, Nashville are moving to the West. They’ll travel more than any team in league history this season. Even more daunting is a two month road trip to start the season. Their new stadium won’t open until May 1, meaning they’ll play their first eight matches away from home. It’s a challenge that Davis won’t shy away from.

“It’s a unique experience to switch conferences, for at least a year,” he noted. “I think that’s a unique challenge that again, stepping out of my comfort zone, growing as a player, that’s really important to me. I know that I only have one career for this.”

Moving to Nashville is the next step in an already successful career, highlighted by two Supporters Shields with New York. Davis has his sights set on more silverware in Music City.

“I want to continue to win as much as possible, and I feel like Nashville is a great place to do that,” he said. “My mentality is to show up every single day, continue to learn, outwork people and ultimately set myself up to help the team as much as possible and win games. That’s my goal for the first season here. This is a challenge that I’ve really been looking forward to.”