If you missed it, Nashville SC leftback Taylor Washington made local and national waves last week with a heads up defensive play that showed off both his workrate and his incredible pace. The defender ran the length of the field to cut out an FC Cincinnati counter attack, making up ground to clear the ball against all odds and preserving a one goal lead. Nashville went on to win the game 3-0.

“I was talking to some buddies after the game and I was like ‘I probably didn’t reach top speed’,” Washington told Speedway Soccer‘s Davey Shepherd, Lucas Panzica and Will Boling on the latest episode of the Nashville Soccer Show. “I have seen John’s tweet, because I sent him a picture of one of the replies and it was like “how can you compare this stick man to Derrick Henry?” and I was like, “hey man, I’m no stick man. I work hard. I went vegan for this 174 pound frame!”

Sure, there’s a bit of joking in there, but for fans who have followed Nashville since they begin play in the USL Championship in 2018, Washington’s hard work is nothing new. It’s been a defining trait of his time in gold. The 27-year-old New York native was a fixture for Nashville in the second division of the U.S. Soccer pyramid, making the fifth-most appearances for the side before they debuted in MLS in 2020.

“The minute I came here, I remember I met Gary at Ensworth [the club’s former training facilities], and I remember feeling the sense of belief that he had in not just doing the right things, but doing them in the right way.” Washington said on the show. “Making sure we’re doing things to get results. That nothing we do is just to simply do it. Playing with him or under him for the last four years has taught me that you have to be reliable. You have to be useable. You have to be coachable You have to fit into different roles.”

Throughout his tenure in Nashville, Washington has been both reliable and versatile. A 53 match starter for Nashville in USL, he’s evolved into a role as more of an impact substitute in MLS. Of his 22 appearances in the top flight of American soccer, 18 of those have come off the bench.

“It’s funny, for me it’s almost not a different mentality,” he said of starting versus coming in as a substitute. “At any moment, anyone can go down and the next guy right behind them is going to be ready to fill their job and do an exemplary job. The mentality is always the same. For me, it’s always just go enjoy yourself, go help the team win, and do what you can and try to make [assistant coach Steve] Guppy happy with as many crosses as I can.”

Washington overflowed with superlatives for his teammates and the culture this team has established, both on and off the pitch. He described starting leftback Dan Lovitz as “a brother”, detailed the hard work attackers like Hany Mukhtar, Randall Leal and CJ Sapong put in on the training field, and was eager to describe just how good record-signing Aké Loba has been on the training field.

“I’m just so proud of the boys,” he gushed. “It’s hard for me to talk about myself.”

In a lot of ways, Washington is emblematic of this Nashville SC side. A hardworking, disciplined side that has flown under the radar nationally, despite delivering consistently impressive performances on the pitch. Sure, the club is respected, coming off arguably the best expansion side in MLS history. But although they’re currently second in the Eastern Conference tables and putting up some of the best numbers in the league, they’re not talked about in the upper echelon of sides around the league.

“It’s great to be at this point now, but it matters at the end of the year,” Washington noted. “We all have that mentality. Everyone looks at us and respects us now, especially after last year, but I still don’t think they see us as the guys who can beat Seattle or beat Columbus in the Eastern Conference final. It drives us. We have this little chip on our shoulder. Each and every day we believe we can do it. Now it’s time for us to show everyone else.”

And Nashville are doing their part to show everyone else. The attack has been one of the league’s best. A marked improvement from their 23rd ranked offense last year, only four sides have scored more than the Boys In Gold through 15 matches. Players like Hany Mukhtar, Randall Leal and CJ Sapong have found a rich vein of form in recent weeks, scoring nine goals in their last five matches. For Washington, this isn’t close to a surprise.

“I wish you guys could see training. It’s nothing new for us. For you guys to be able to recognize and see the things that we see. I don’t even know how to describe it, man… But the things they do in training, I’m so glad that everyone else is recognizing it even more than they were.” 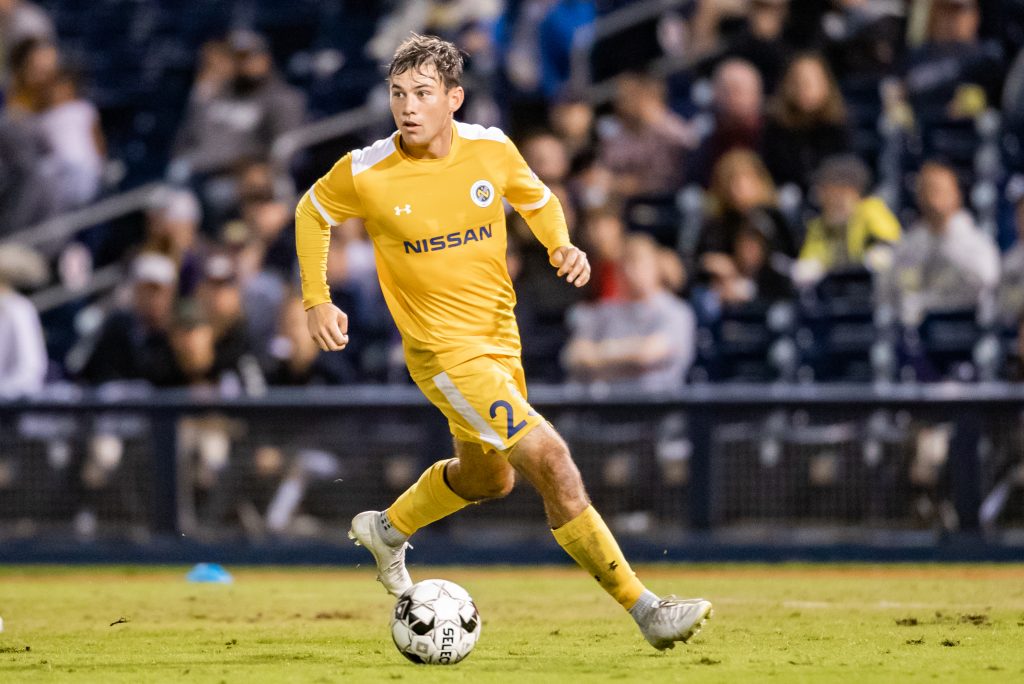 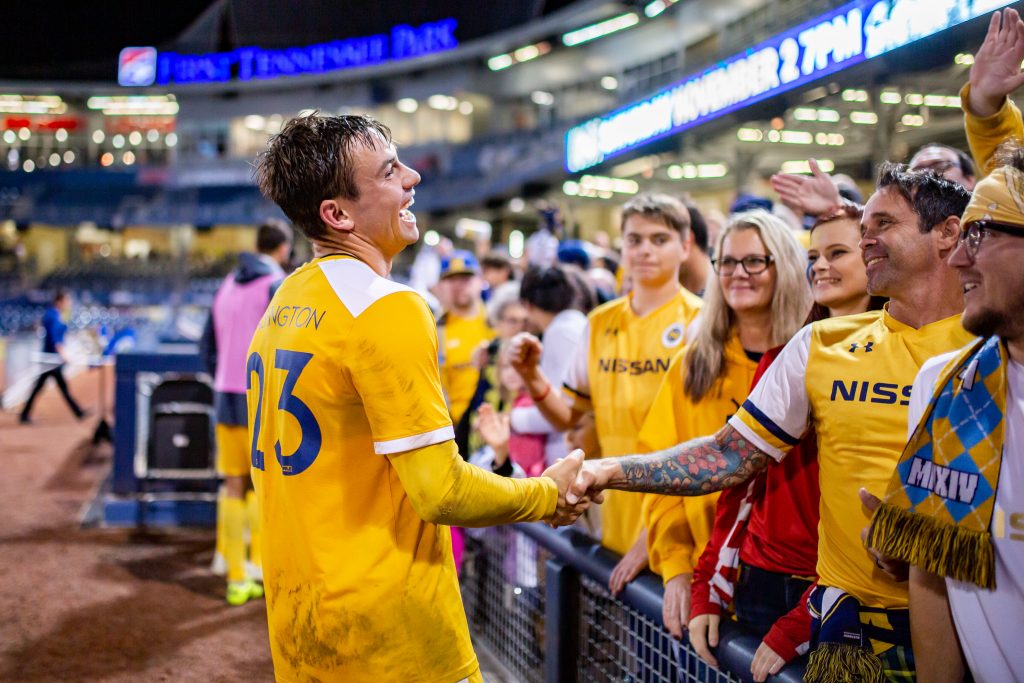 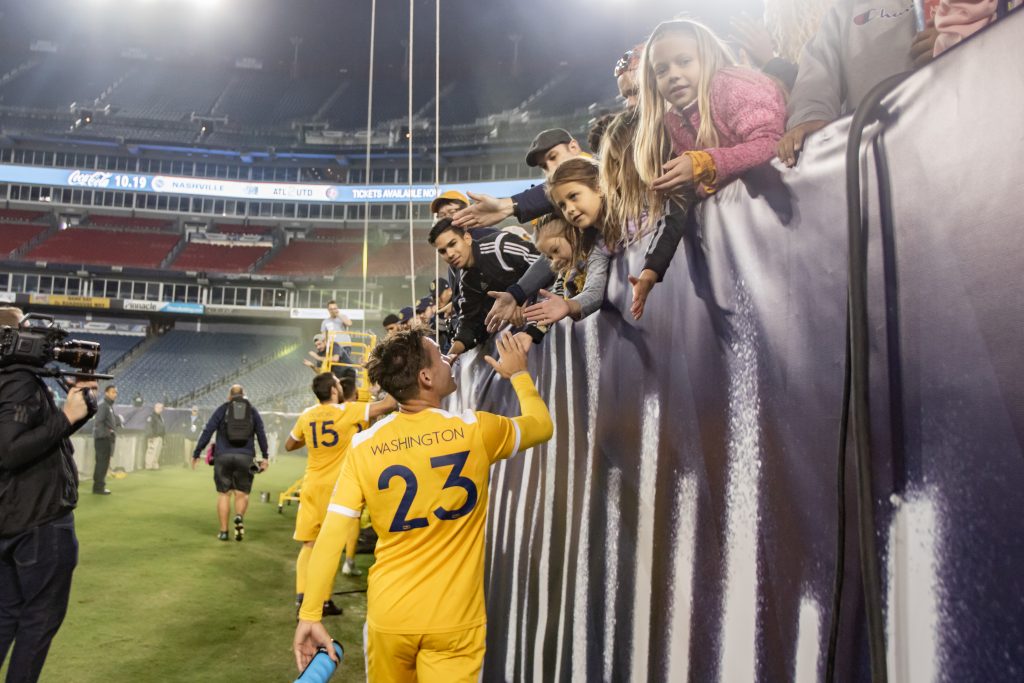 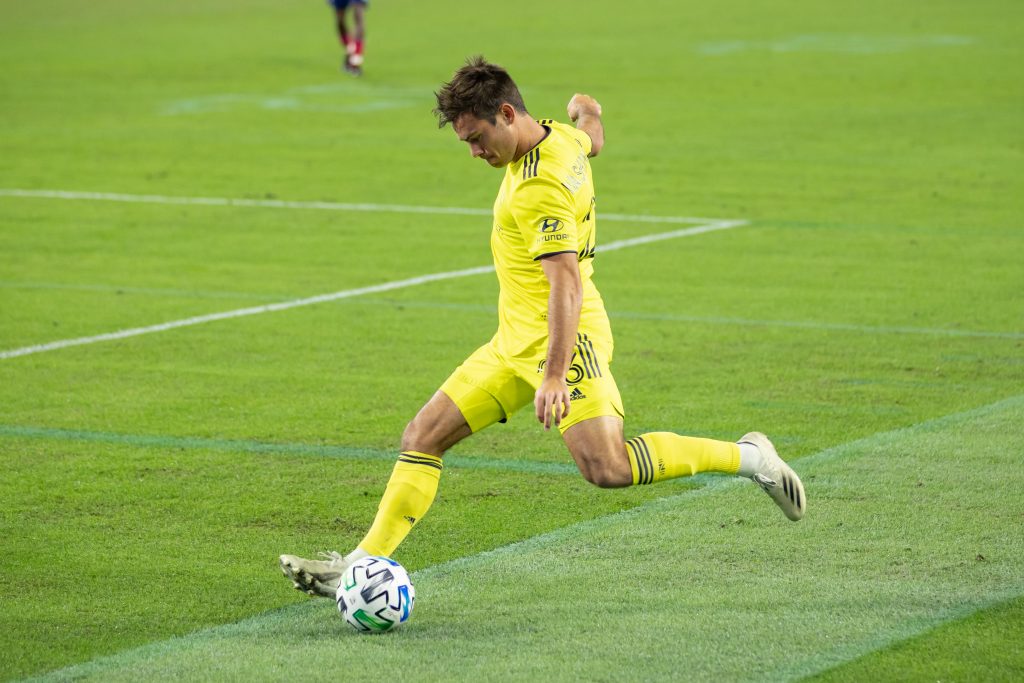 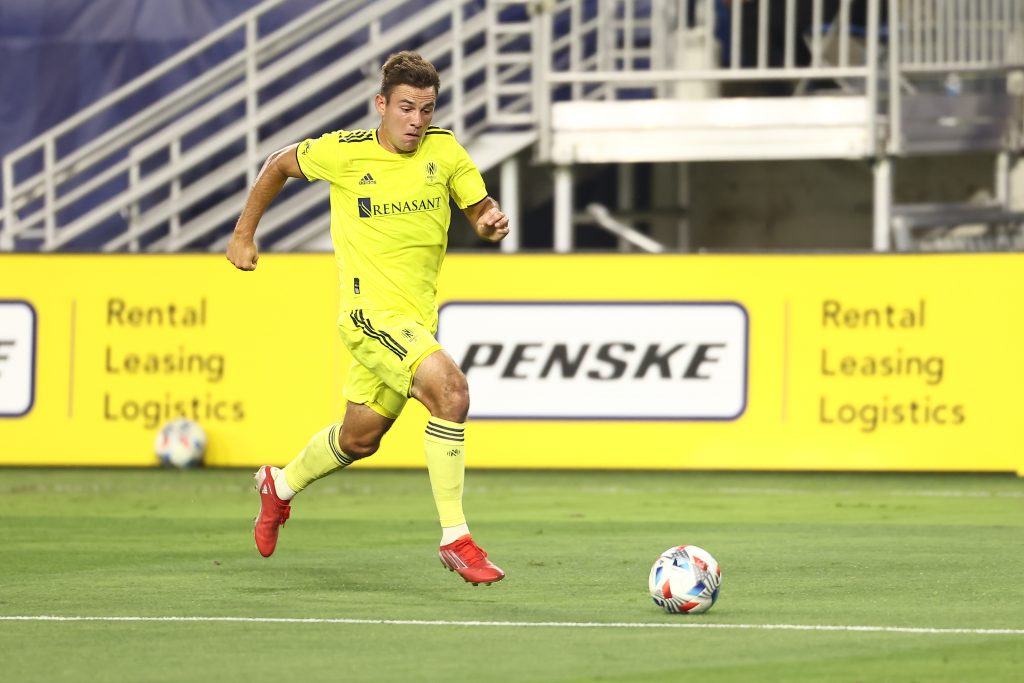 Halfway through their second season in MLS, everything seems to be coming together for Nashville. The attack isn’t just improved; it’s elite. After showing some fragility on the backline to start the year, the defense has quietly improved significantly, conceding just 14 goals through 15 matches, the second-best tally in the league. Washington isn’t content with this, though. It’s a result of hours and hours of intentional work on the training ground, not just a result of the cards falling in the right place.

“Sometimes in this game luck is the residue of design,” he said after the 3-0 win over Cincinnati. “You just get lucky, and you put in the hard work, and good results happen.”

Good results are happening right now for Nashville with 19 matches left to go in the regular season. Washington and Nashville SC have their sights set high this year. When asked about the squad’s external expectations for a successful 2021 season, Washington didn’t miss a beat.

For more great Nashville SC content, make sure to check out the Nashville Soccer Show every Tuesday night at 9PM central on 104.5 The Zone, as well as the Speedway Soccer live shows on Broadway Sports‘ social channels. You can find the podcast version of both shows on the 104.5 The Zone podcast network or by searching “Speedway Soccer” on your preferred podcast app.