“I’m extremely happy to be a part of this group,” he said. “When I first found out [about Nashville’s interest], I was extremely happy. I think it worked out for all parties.”

A 13 year veteran of Major League Soccer, Bunbury has played in 321 regular season matches and scored 64 goals, as well as making four appearances for the United States national team. He was traded to Nashville after eight years in New England, including winning the Supporters Shield last season and earning a league-record 73 points.

“I want to win games. That’s what it boils down to,” he said. “Whatever my role is, I’m going to make sure I’m a professional and I’m doing it to the best of my abilities, and I can bring that veteran experience and try to uplift guys, pump guys up. I think that’s important to every team.” 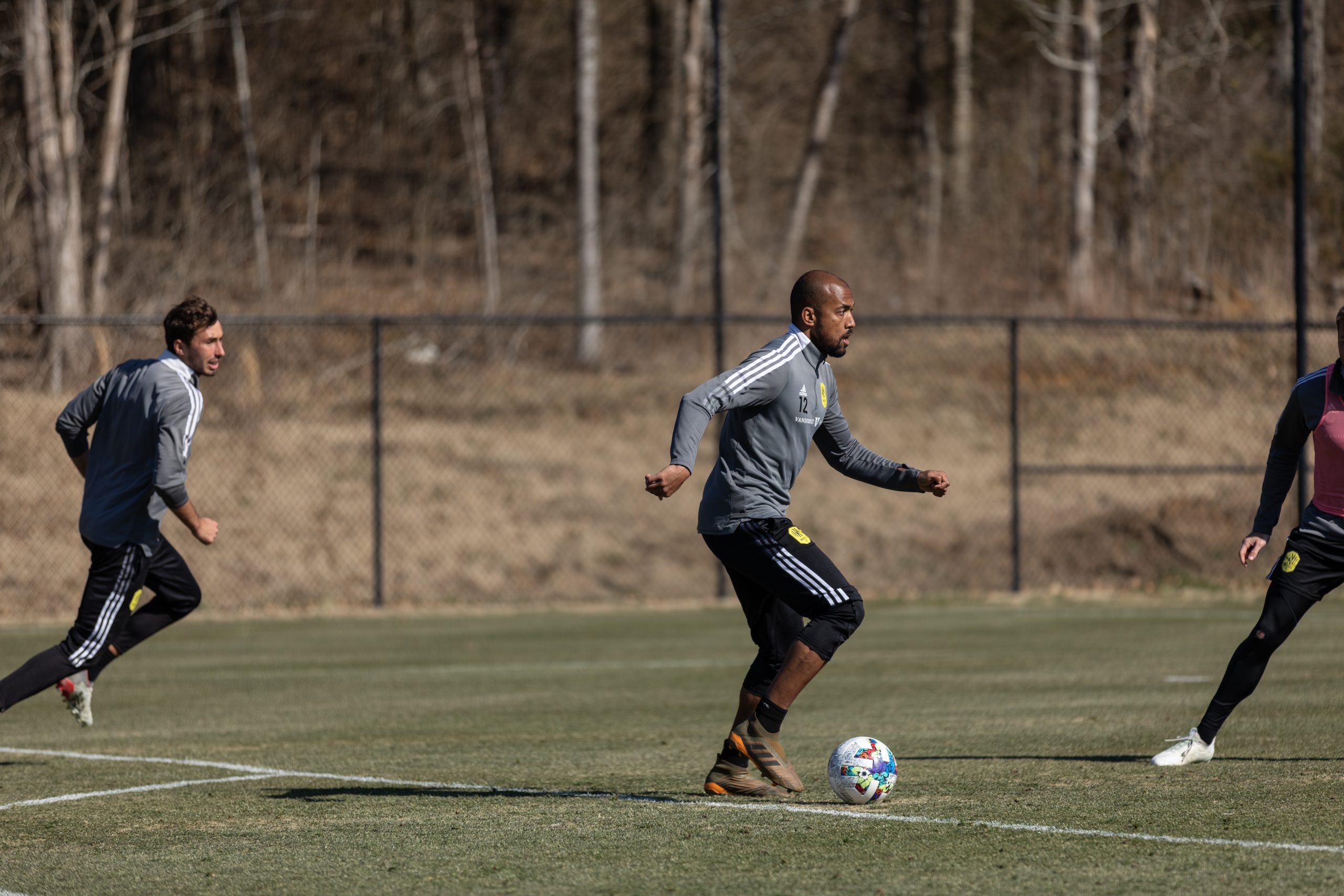 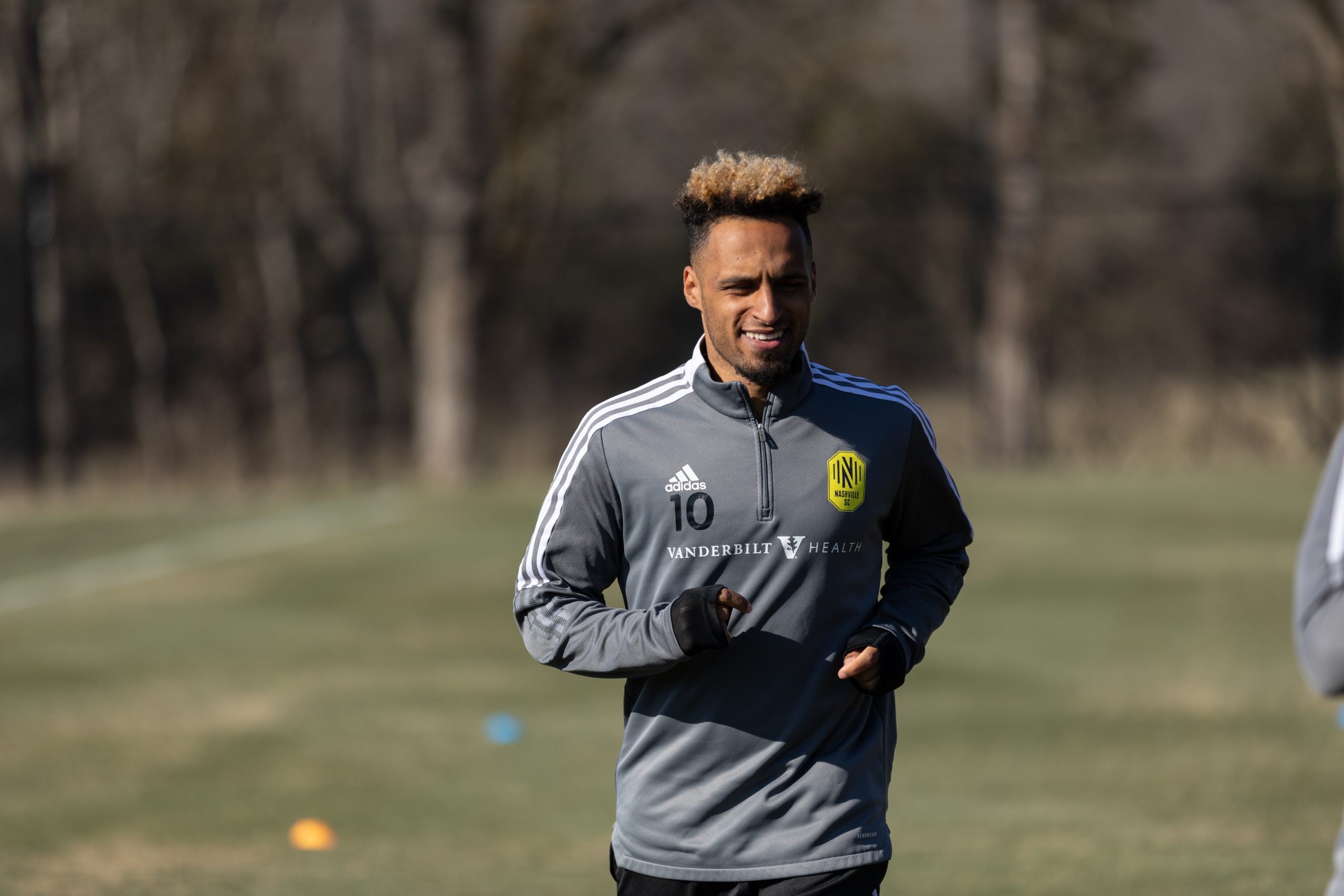 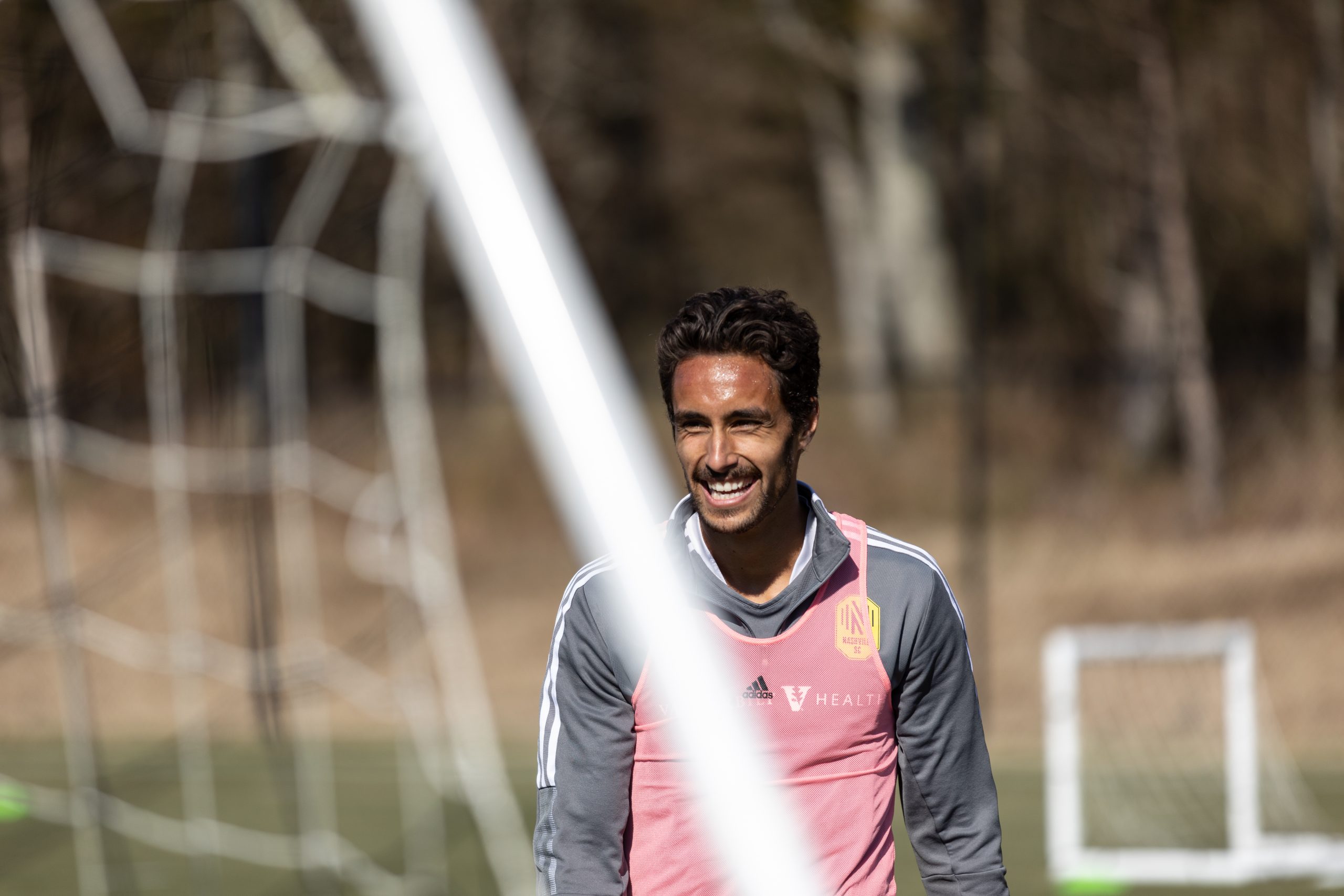 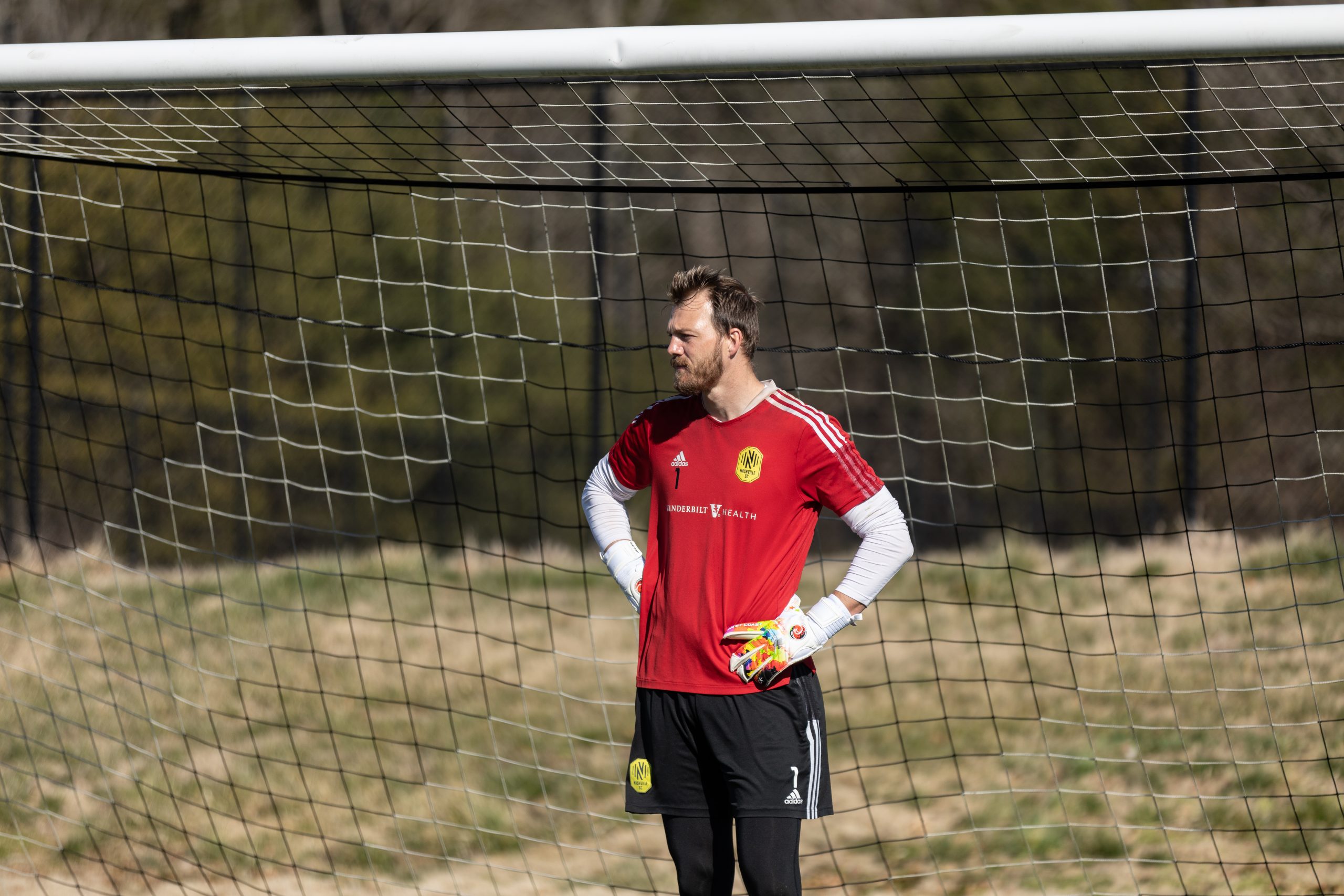 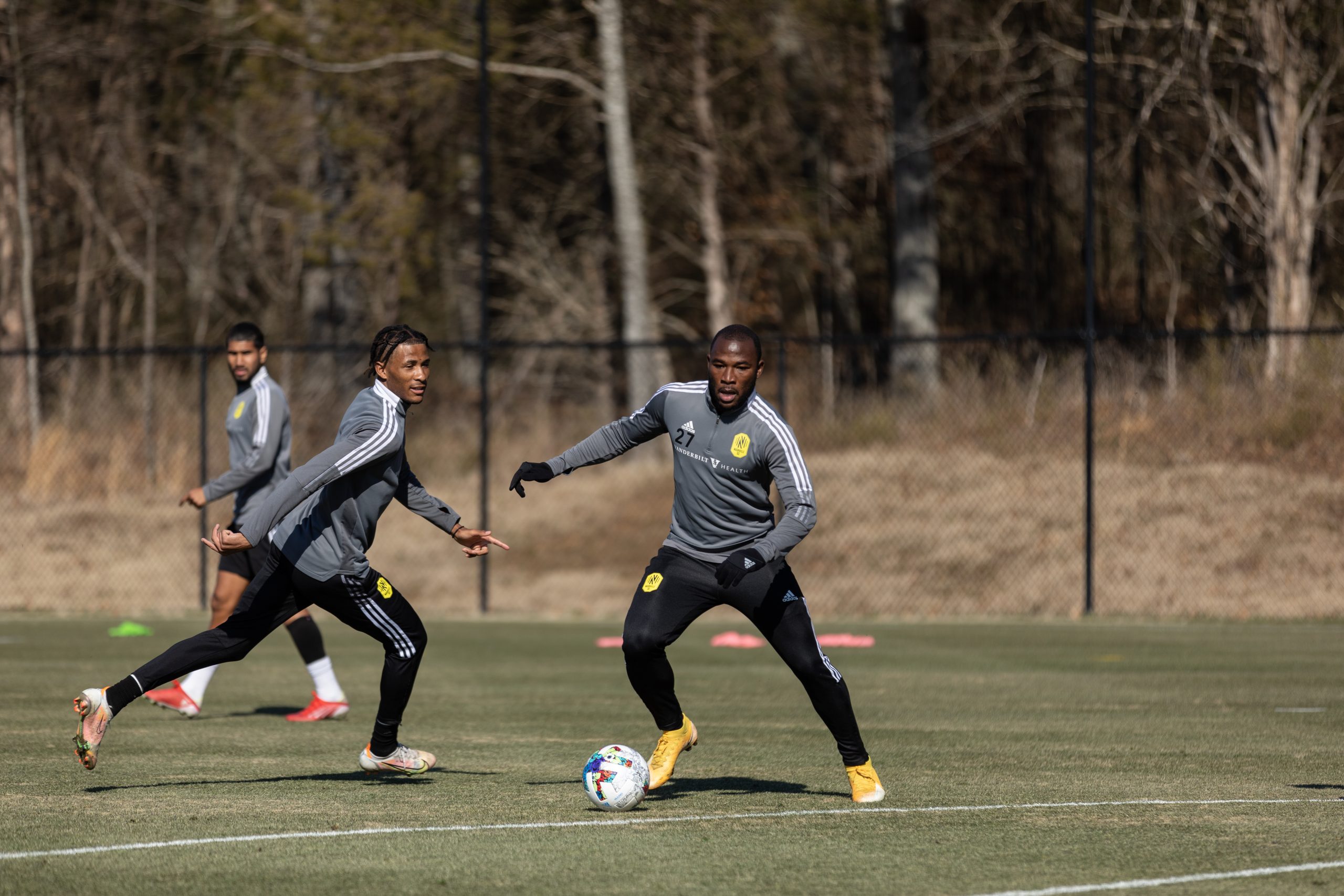 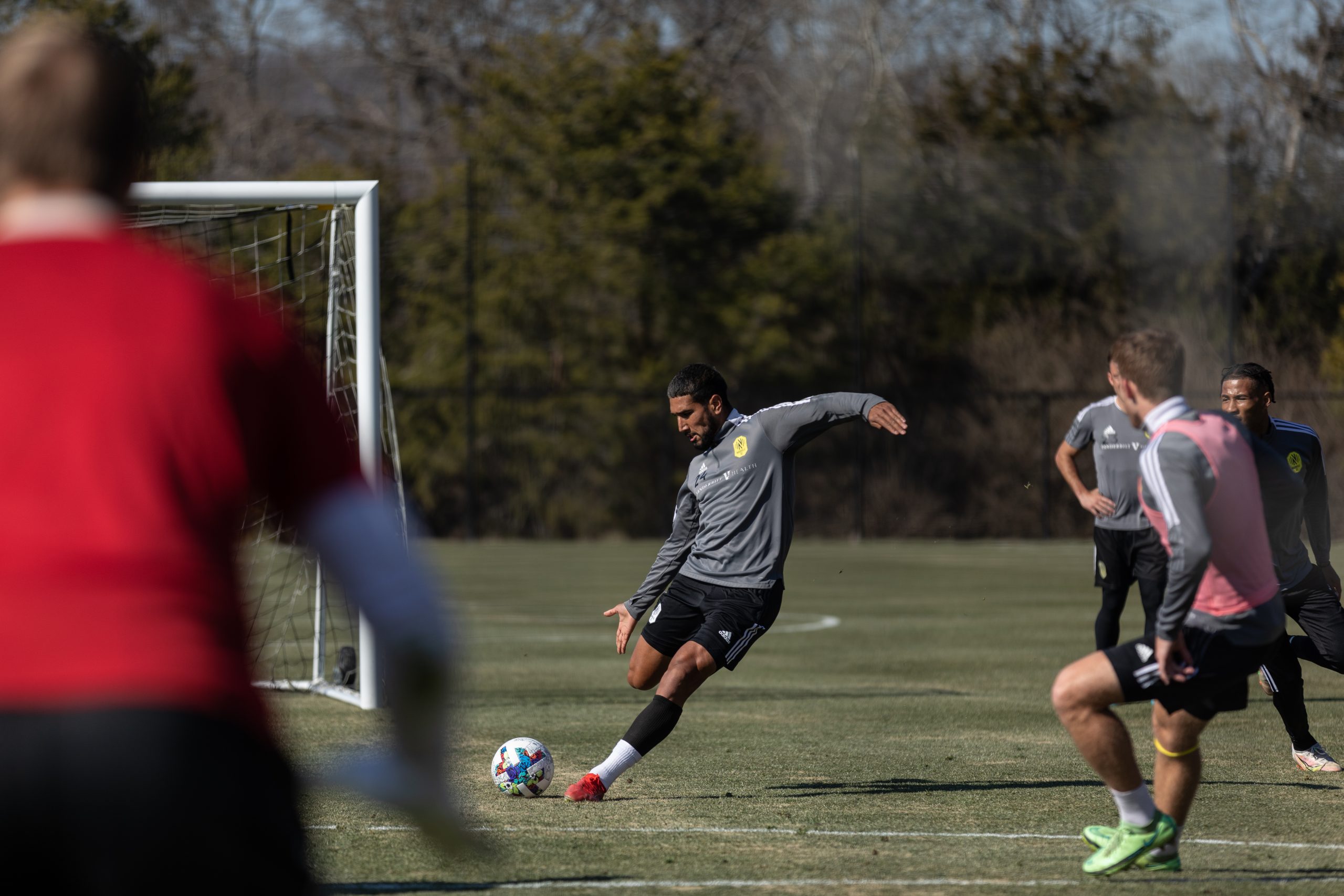 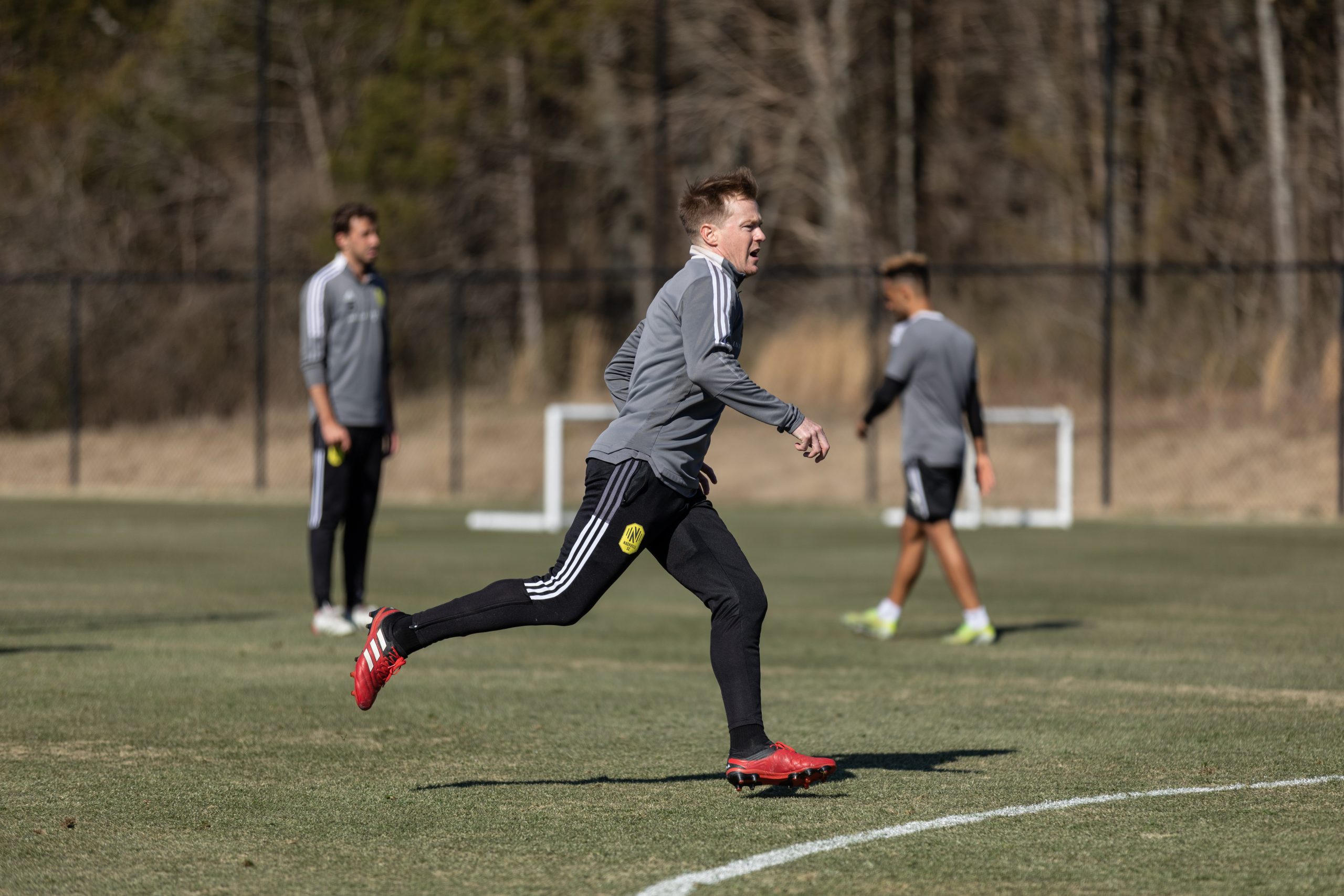 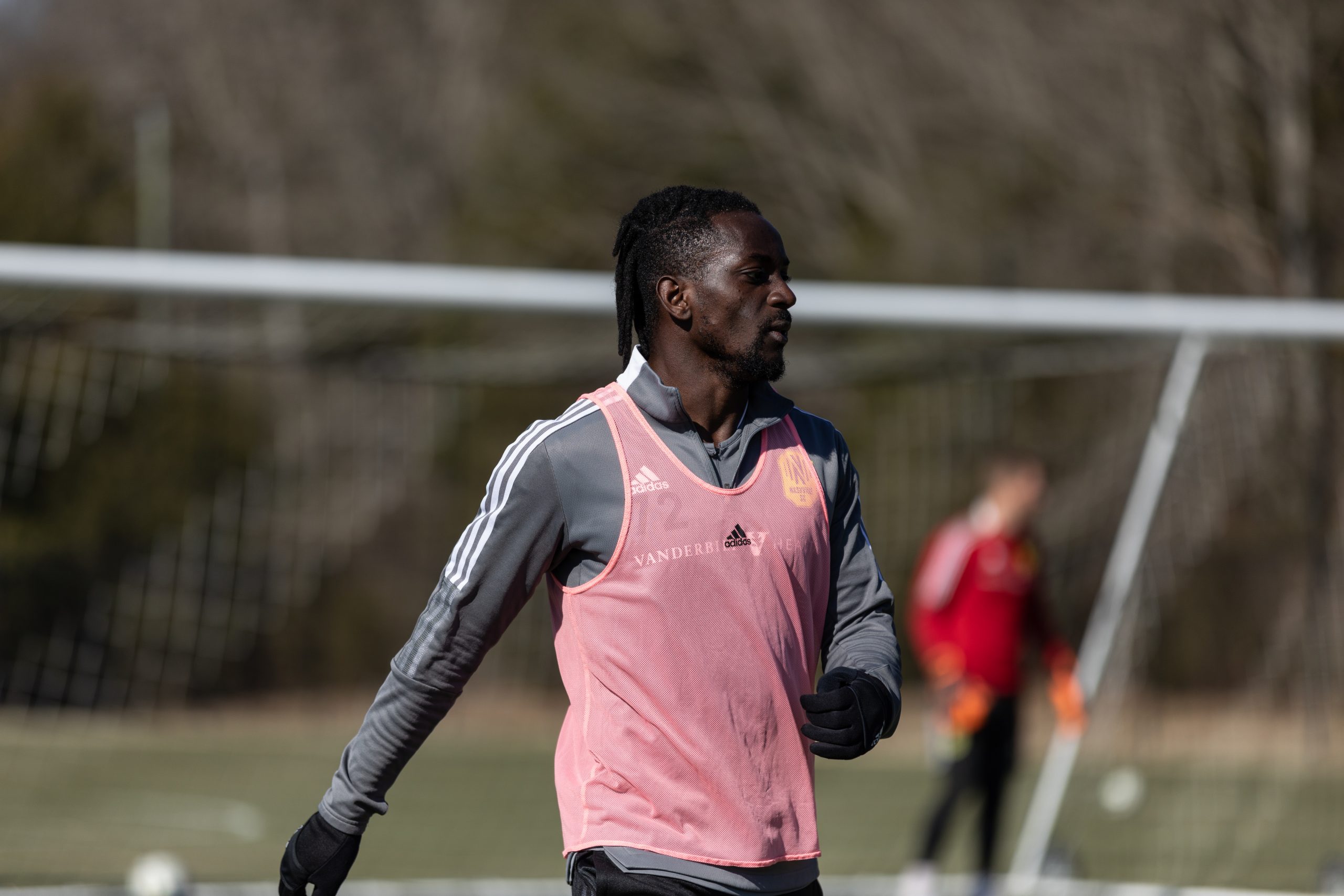 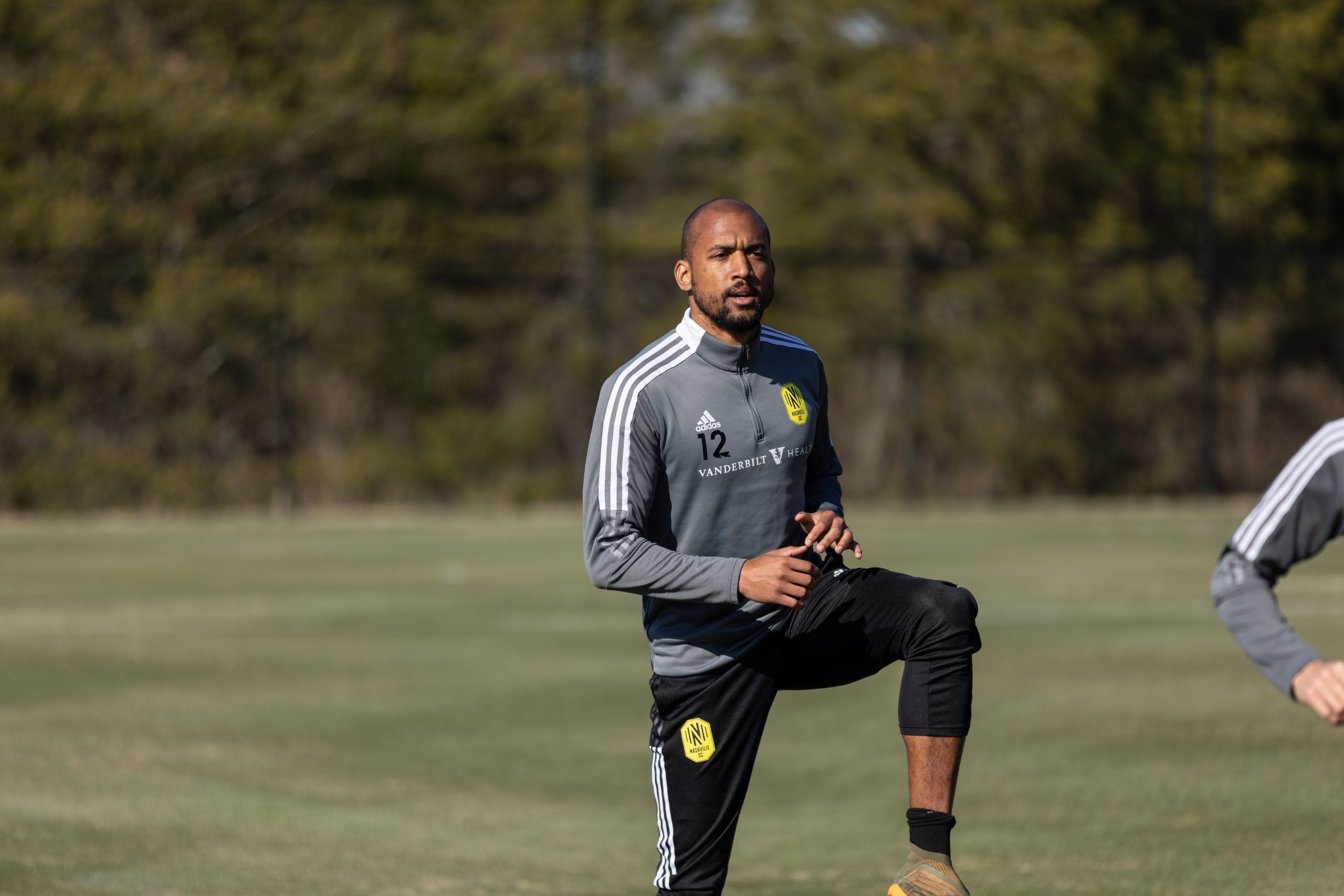 “There are a lot of attacking pieces in that group, which makes it exciting,” he said. “You need that healthy competition. You really need that to get the best out of you. It’s definitely bringing the best out of me.”

After eight seasons in New England, moving his family to a new city had its challenges, but it’s been an easy adjustment into Nashville’s locker room for Bunbury.

“Immediately, once I got into Nashville, the guys were super supportive,” he said. “Guys reached out to me who I haven’t maybe stayed in touch with as much such, like Dax [McCarty] and CJ Sapong, even [Dan] Lovitz, all reached out to me to see if I needed help with anything, finding a place, getting settled. That kinda calms your mind a bit.”

Bunbury comes to Nashville at an exciting time. After an eight match road trip to start the 2022 season, Nashville will open their new 30,000 seat stadium on May 1. After eight years playing at Foxboro’s Gillette Stadium, that was a big draw for Bunbury.

“It’s really exciting,” he smiled. “Coming here and having a brand new, state of the art stadium.  I drive by it going to the facility every morning and coming back. It’s fun to see. I think once it gets a little closer there’s going to be this buzz about it. I think it’s exciting times. I feel like the fans deserve something like that. I think that’s a testament to the ownership and Mike Jacobs and Ian Ayre and what they want for this organization, for the community. I think it speaks volumes.”

While Nashville acquired Bunbury for his on-field impact, his work outside the pitch is even more important. Honored as the Revolution’s Humanitarian of the Year in 2020 and 2021, Bunbury said he’s already started planning ways to impact the Nashville community.

“What I was able to do in New England was do a back to school program and then Teal’s Turkey Club. My goal was to bring both of those here,” he said. “A couple years ago I was able to start the Teal Bunbury Foundation with my wife, and our ultimate goal is to share God’s love with people. There’s so much we can do as players because we have a certain platform to try and help out some underserved cities or communities that might just need a little bit of help.

“I think we all at one point or another have needed help from others, so I definitely will be doing some community outreaches. That’s something that’s going to be heavy on my heart and something that I’m going to be trying to do.”