Of the many aspects of soccer culture that do not get enough attention, the charitable side of supporters’ groups is one of the most deserving. And this weekend’s Battle of the Backline not only deserves attention and support, but it looks like it’s going to be a hell of a lot of fun.

This Saturday, October 9, starting sharply at 11 AM and running until 4 PM, the Battle of the Backline will be held at the Game Terminal (201 Terminal Ct, Nashville, TN 37210) in their outdoor event space. For a suggested donation of $5.00 or $10.00, teams of four people will engage in an Olympics-style competition, playing games like Corn Hole, Pong, Connect 4, and a variety of video games- just the type of competition many soccer fans excel in.

If you want to come and not compete, you can do that too. If you want to bring the entire family, they will be set up for kids. Hellfire, it sounds like they’ve set up for almost any possible visitor. With a wide variety of video games and pinball machines, outdoor games, and a bar, you’ll find a place for yourself. An entire day spent playing, goofing off, socializing with other NSC supporters and meeting potential new supporters– all while “doing good”? Hard to beat that. (Note that you can bring along your friends who do not yet support NSC).

Sue Skaggs (organizer) and Jason Moles (support), of the Roadies, explain that the Fat Bottom-sponsored event is designed to raise funds for the Tennessee Breast Cancer Coalition (TBCC). Rather than add funds to a large national organization, Moles says that the group really wanted to focus on helping out locally. The TBCC uses donations to help those with breast cancer navigate the often-difficult situation of paying medical bills or supplementing income they may have lost due to missing work and other opportunities. Having had a sister with breast cancer, Moles is familiar with the many difficulties someone goes through. While financial resources do not solve all problems, he says, they do help individuals and families by taking away one large area of concern.

You’ll have chances to donate, for sure, but the group—with the help of Nashville Soccer Club—has lined up an amazing array of gifts and activities. While you will be able to bid in a silent auction on a number of gift baskets, a signed NSC soccer ball, wines, and cake, you will also be able to bid on a pair of CJ Sapong’s worn game boots and a signed pair of Joe Willis’ game worn gloves. 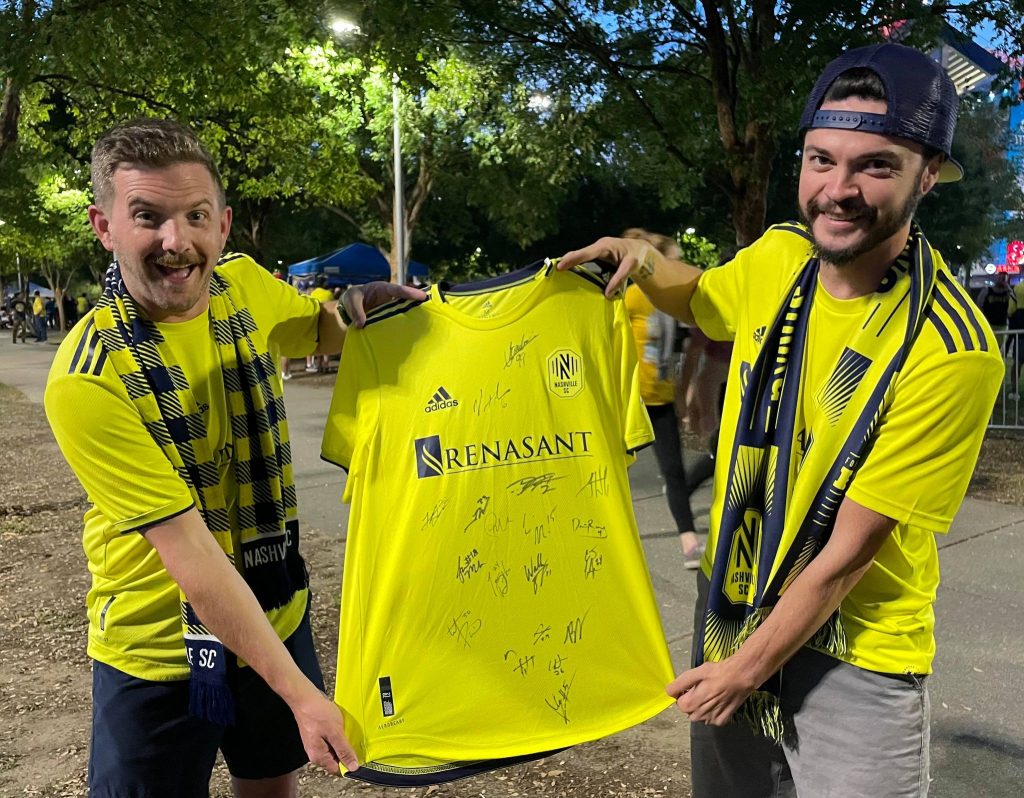 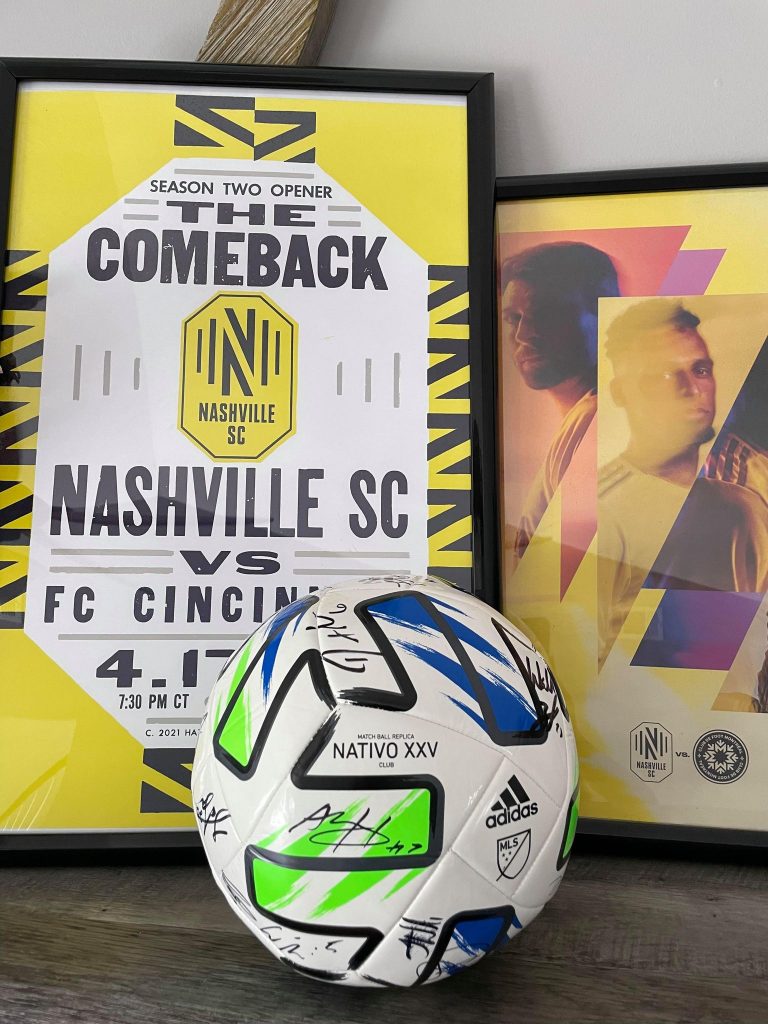 In addition, and as you may seen on social media over the past month, there will be a shave-a-thon in which now-national soccer icon/mascot Soccer Moses will shave the heads of folks like NSC Chief Executive Officer Ian Ayre, Senior Director of Fan Engagement Chris Jones, and Roadies President (and Backline capo) Stephen Robinson. All of those who are having their heads shaved have been busy getting pledges and the one who raises the most money will win a jersey signed by the entire team.

Quite frankly, this looks like amazing fun, even without the cause. With the cause, it doesn’t look like something anyone would want to miss.  Get your butts out there.