With over half the season now played, A.J. Brown continues to demonstrate tremendous growth as a receiver. Despite missing two games, Brown is still on pace to record just under 1,000 yards (992.4 receiving yards, to be exact) and over 12 receiving touchdowns on the season.

While Brown has regressed in his YAC per reception and yards per reception, he has been able to maintain a steady production level due to an increase in targets (5.25 targets per game in 2019 to 7.22 in 2020) and growth in his overall game.

One specific area that Brown has made significant strides in this season is his route running and ability to beat man coverage. According to PFF, Brown is graded as the third-best receiver against man coverage. Also using Next Gen’s average separation stat, Brown has improved from 2.2 yards of separation in 2019 to 2.5 yards now in 2020.

This means that Brown is not just winning out in space after the catch, but he is now also separating in his one-on-one matchups more consistently.

Looking at the film, there were three significant areas of improvements in Brown’s route-running that stood out to me:

Let’s start off with his hand usage. Brown fits into the Terrell Owens and Anquan Boldin mold of physical route-running — utilizing well-timed hand strikes to keep his torso clean in his stems and breaks and to progress through his route unimpeded.

Brown shows a clinical example of this on a recent snap against the Ravens. On this third and short, Brown is lined up in the slot and matched up with Marlon Humphrey, who was shadowing him for a majority of the game. On his release, Brown uses a nicely timed swipe move to neutralize Humphrey’s press and gains outside leverage. Humphrey recovers from the initial swipe and regains contact on Brown’s torso. But Brown again combats this with an arm over move. As he makes his break outside, he transitions this arm over into a subtle extension off of Humphrey to create separation past the down marker. Unfortunately, he is overthrown by Tannehill, but still, this is a great demonstration of getting open on a crucial down. 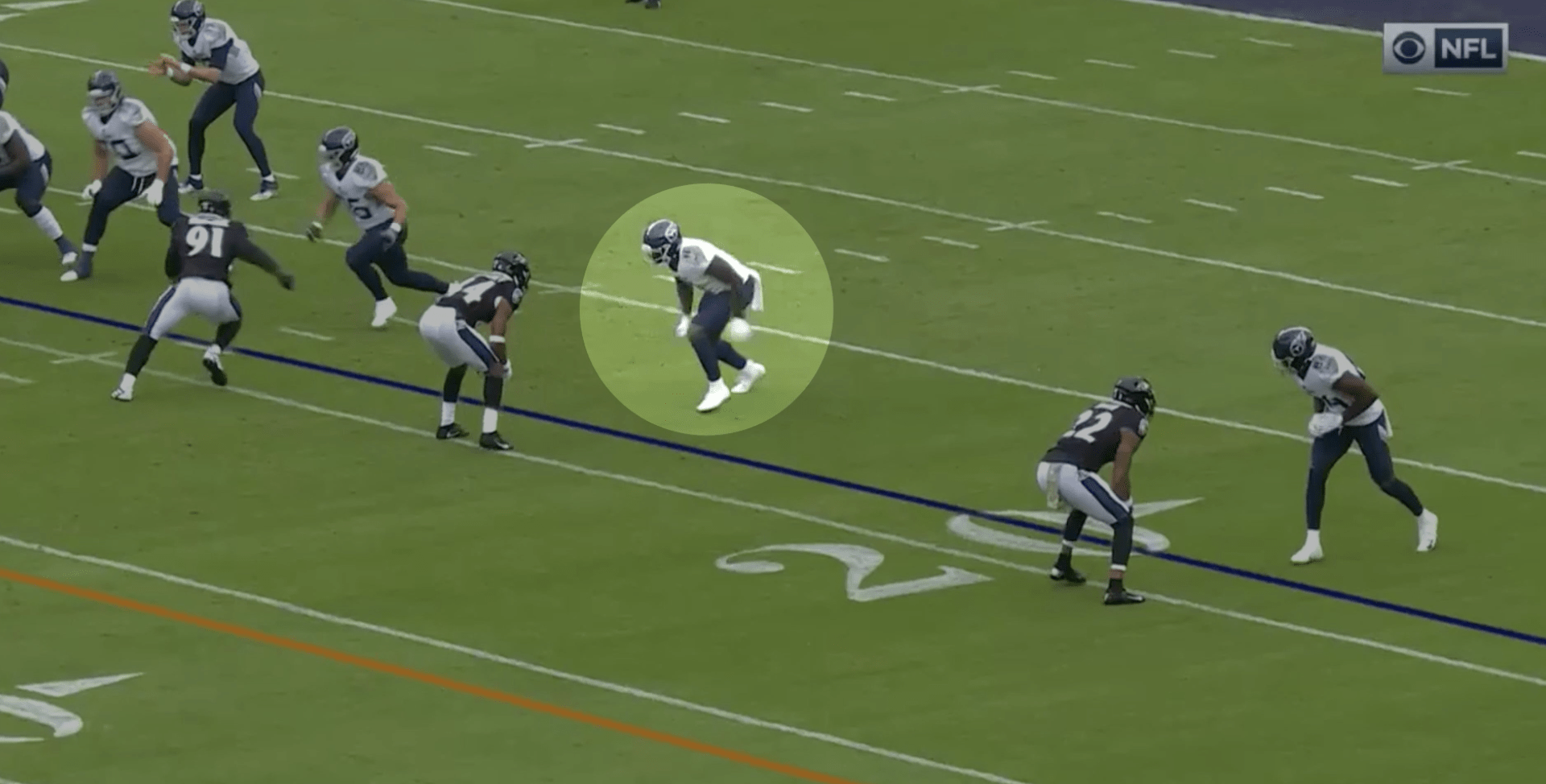 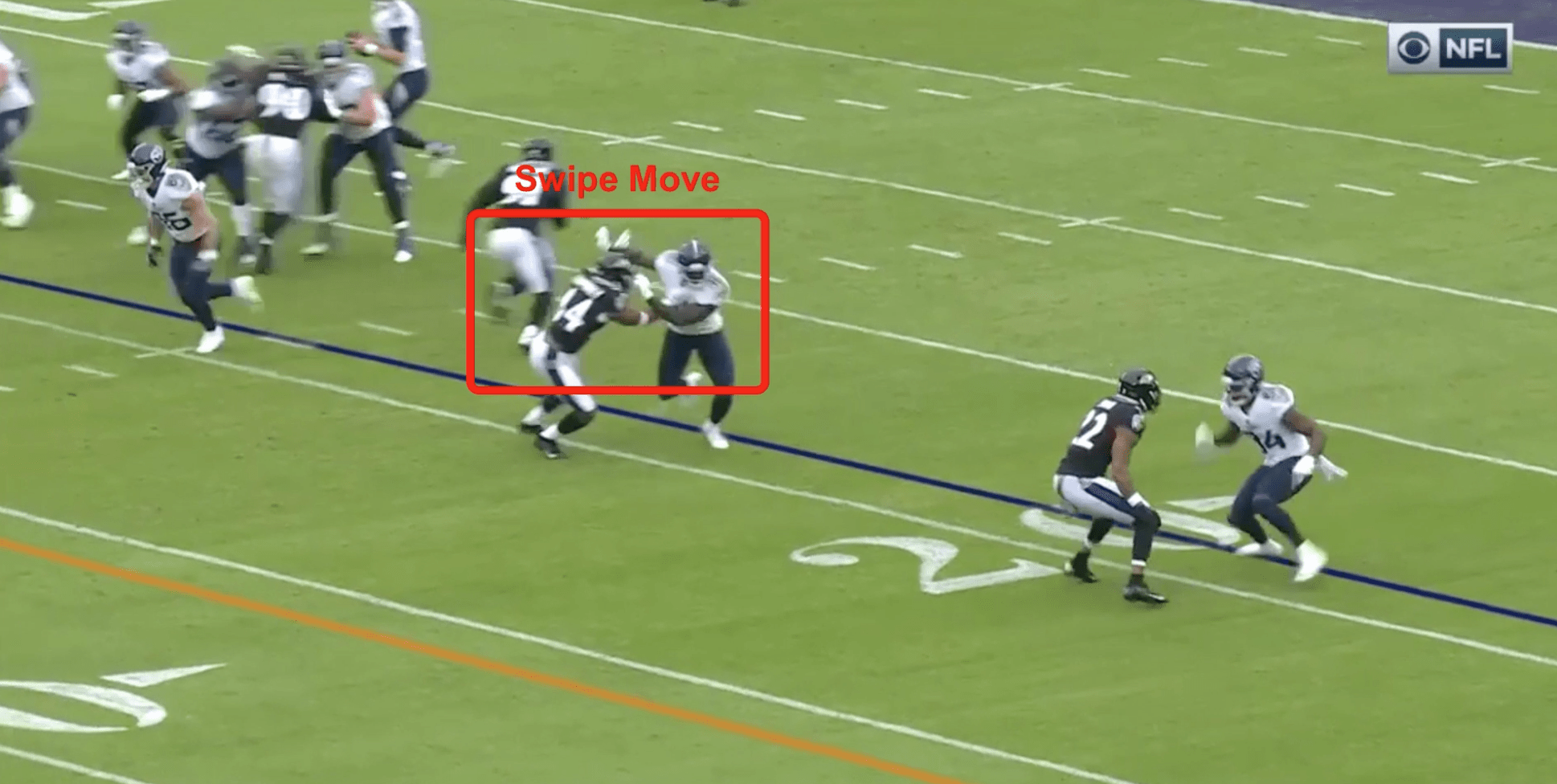 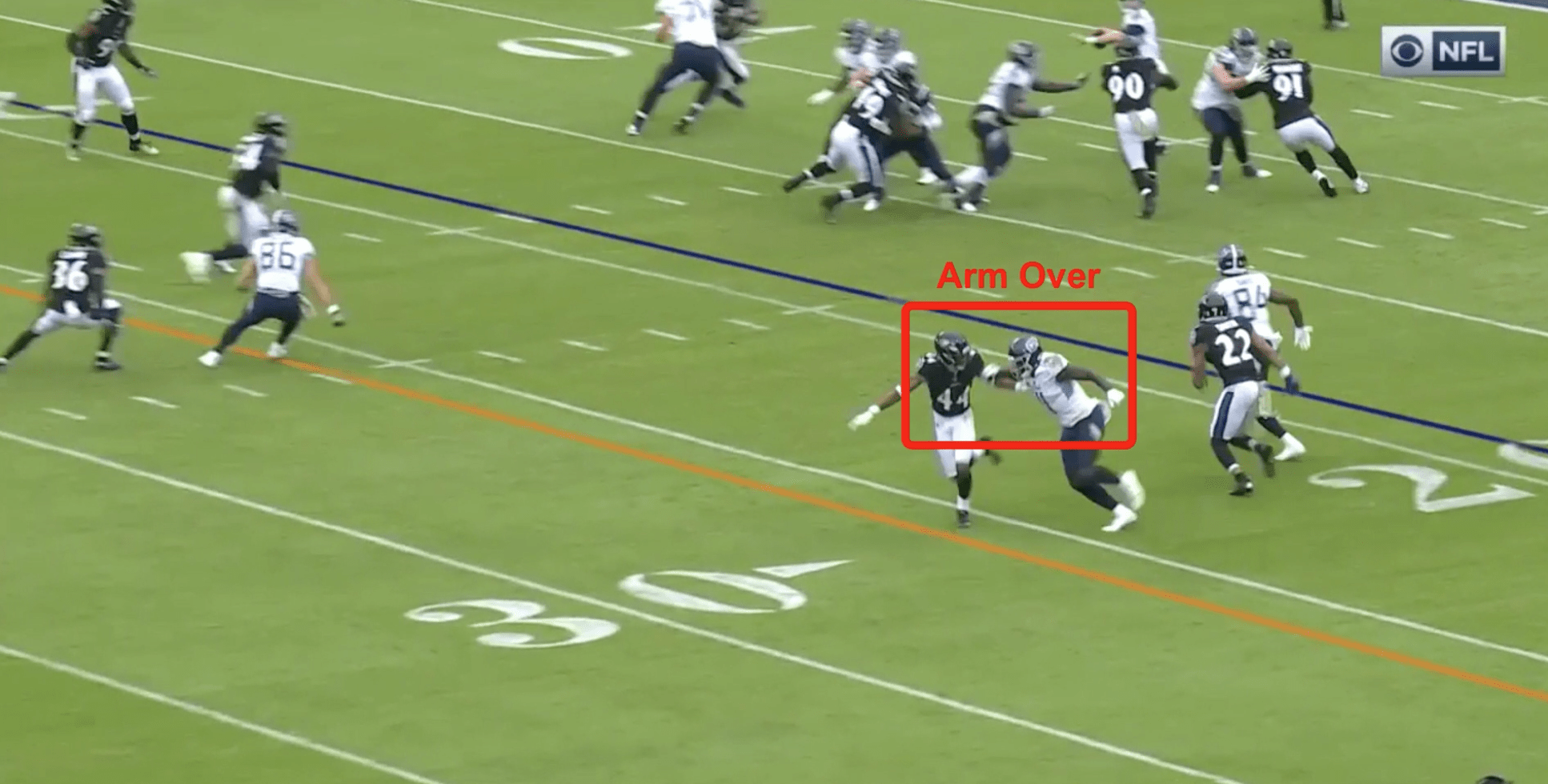 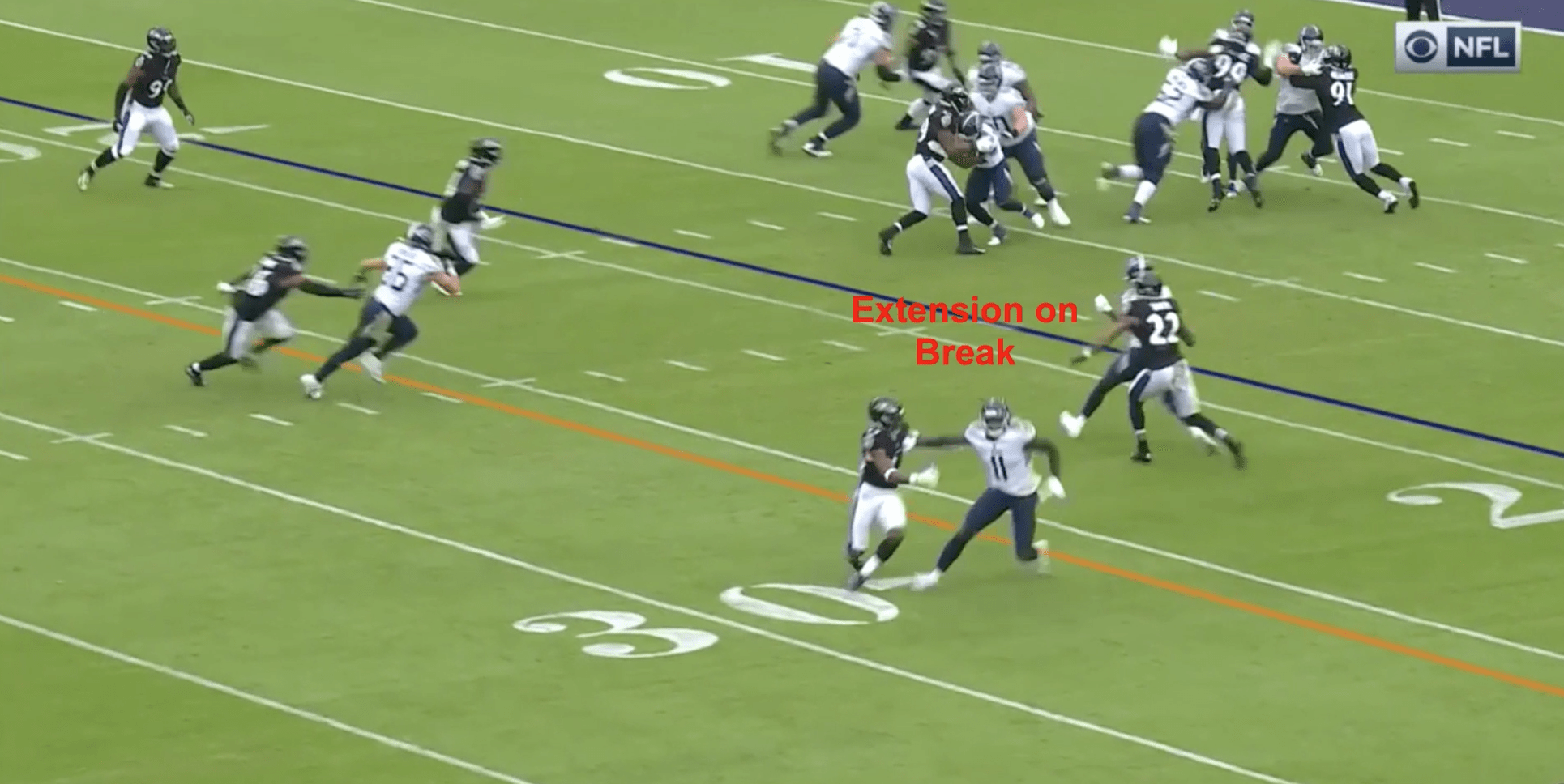 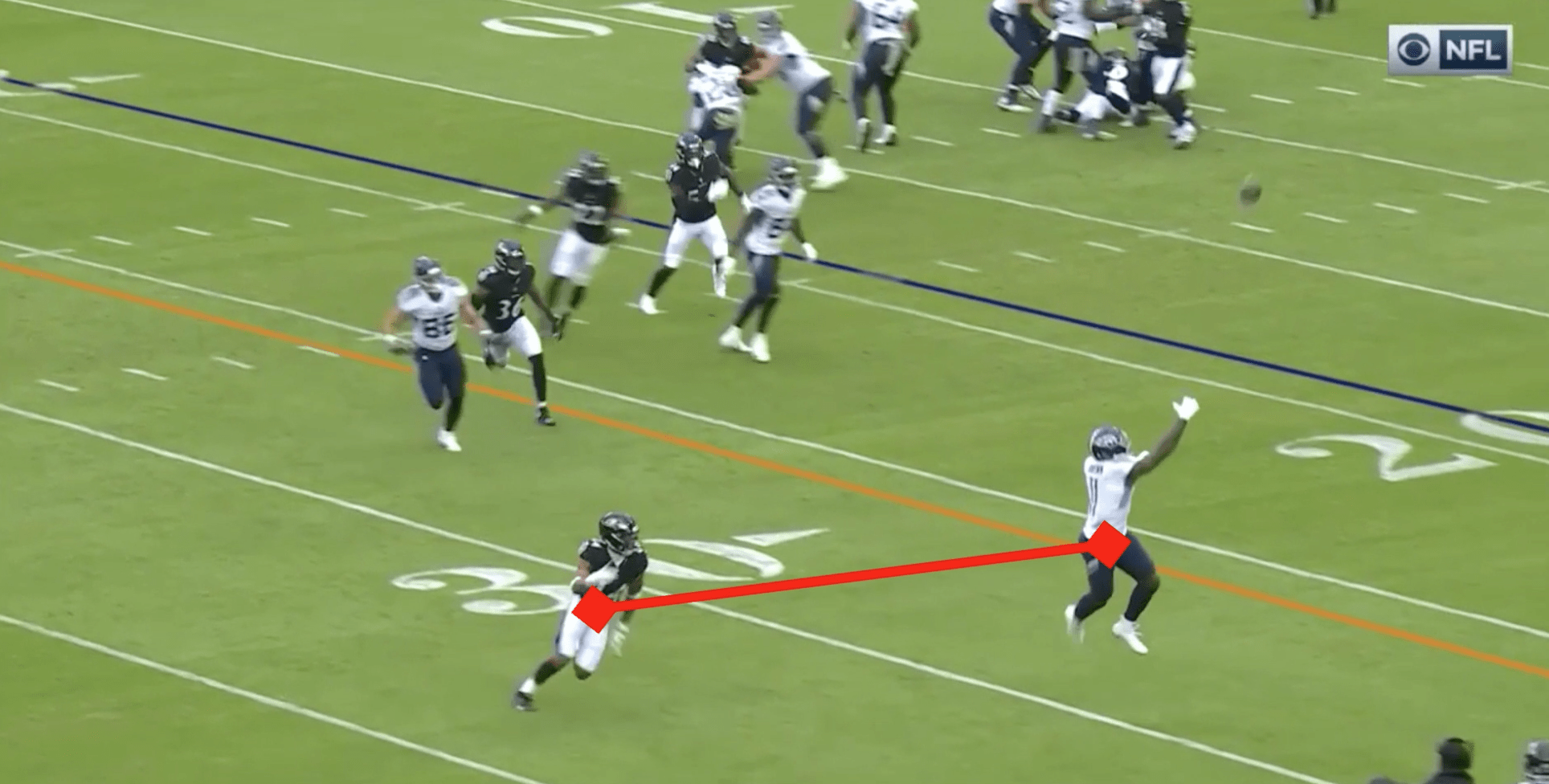 Side bar: Some people will argue that the arm extension on the break is an offensive pass interference. By the letter of the law, I would agree, but officials rarely make this call when receivers are hand fighting in their breaks and stems, unless it is blatant. They usually make the call when receivers are doing it at the catch point. So why not add it to your arsenal of creating separation and make officials make that call? DeAndre Hopkins has made a whole career out of it.

Here is another example against the Bengals. On his release, Brown attacks the cornerback’s outside shoulder towards the sideline to manipulate the leverage. Once the corner opens his hips outside, Brown plants hard with his outside foot and knifes back inside while simultaneously chopping down on the cornerback’s contacting hand. This gives Brown a free path inside. 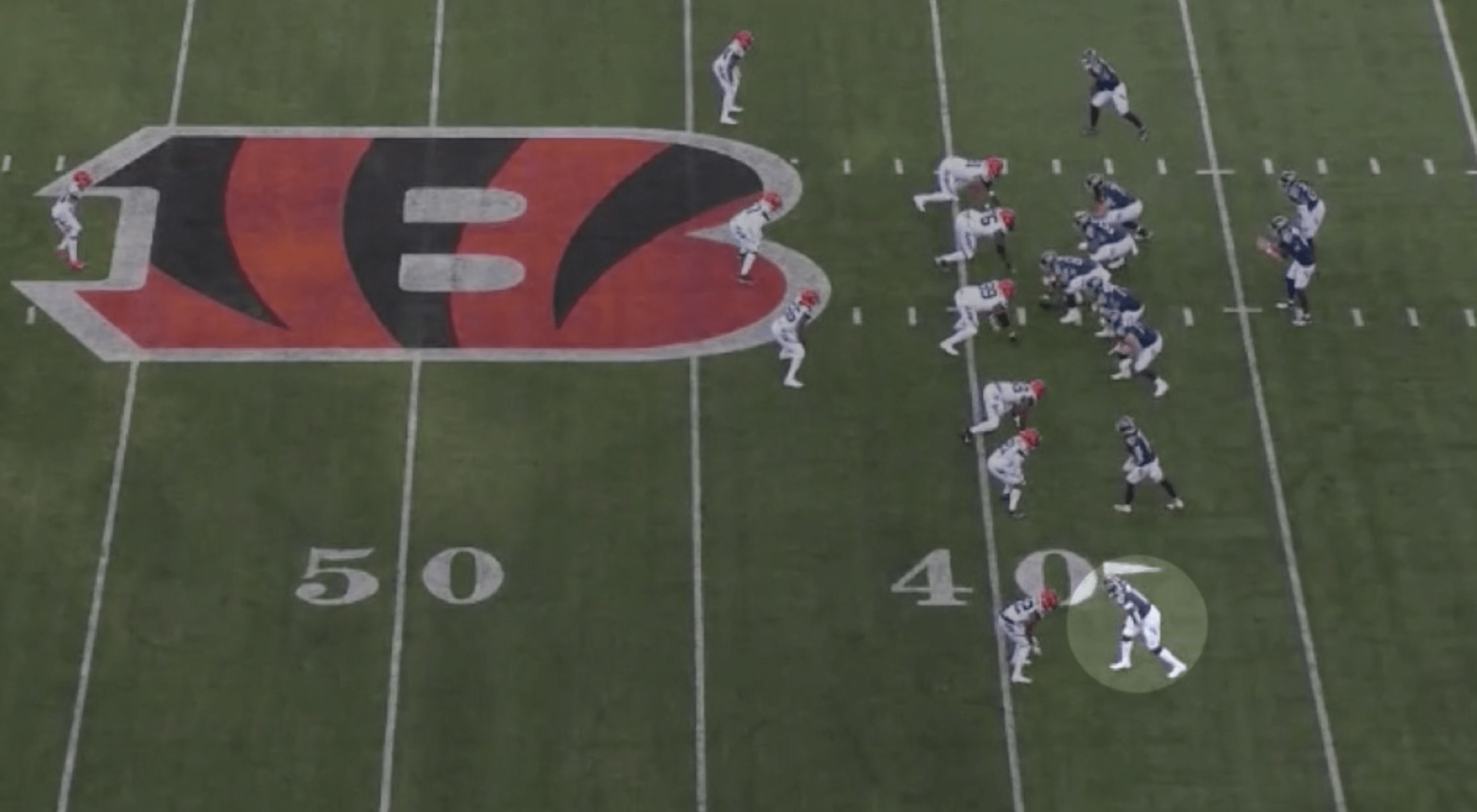 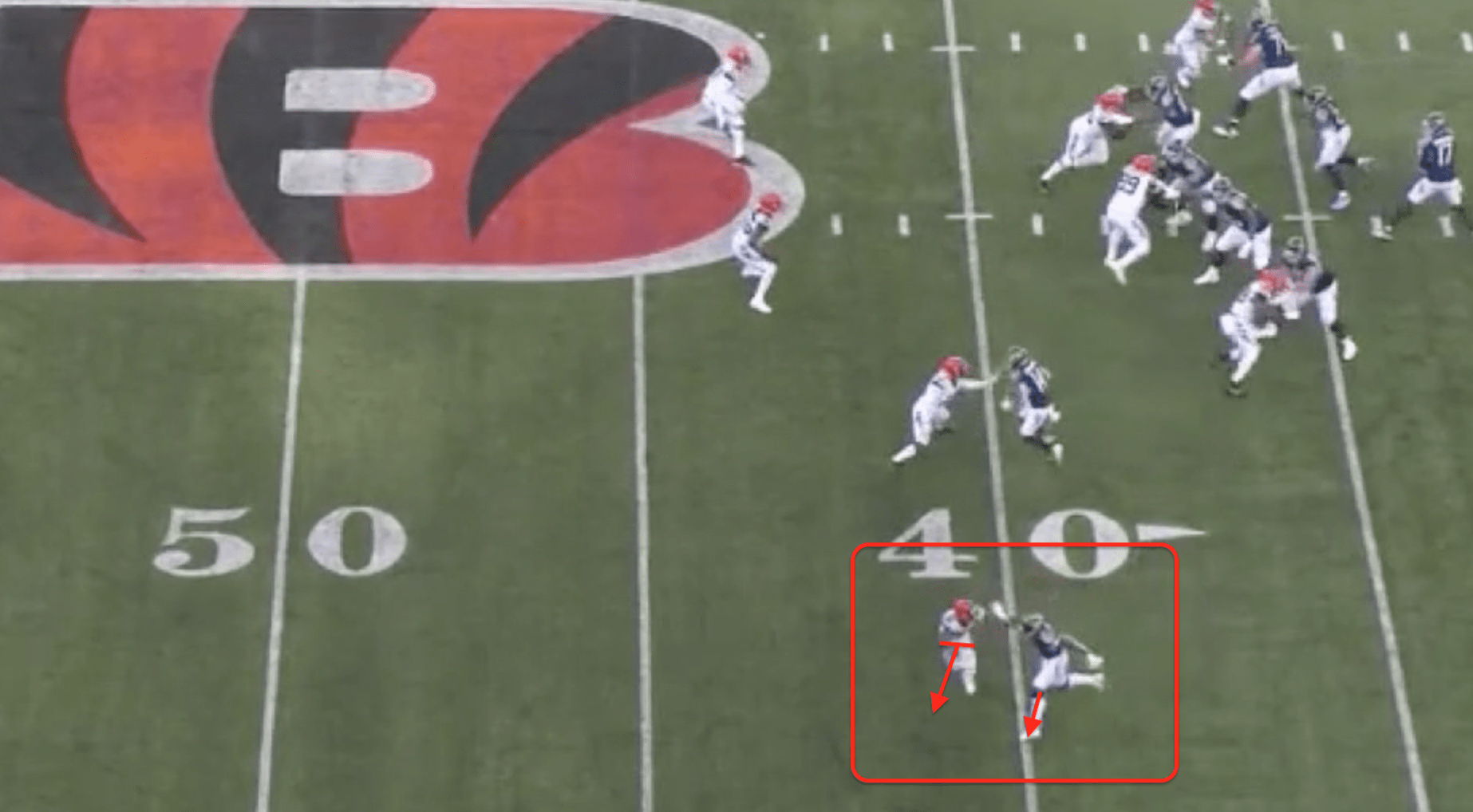 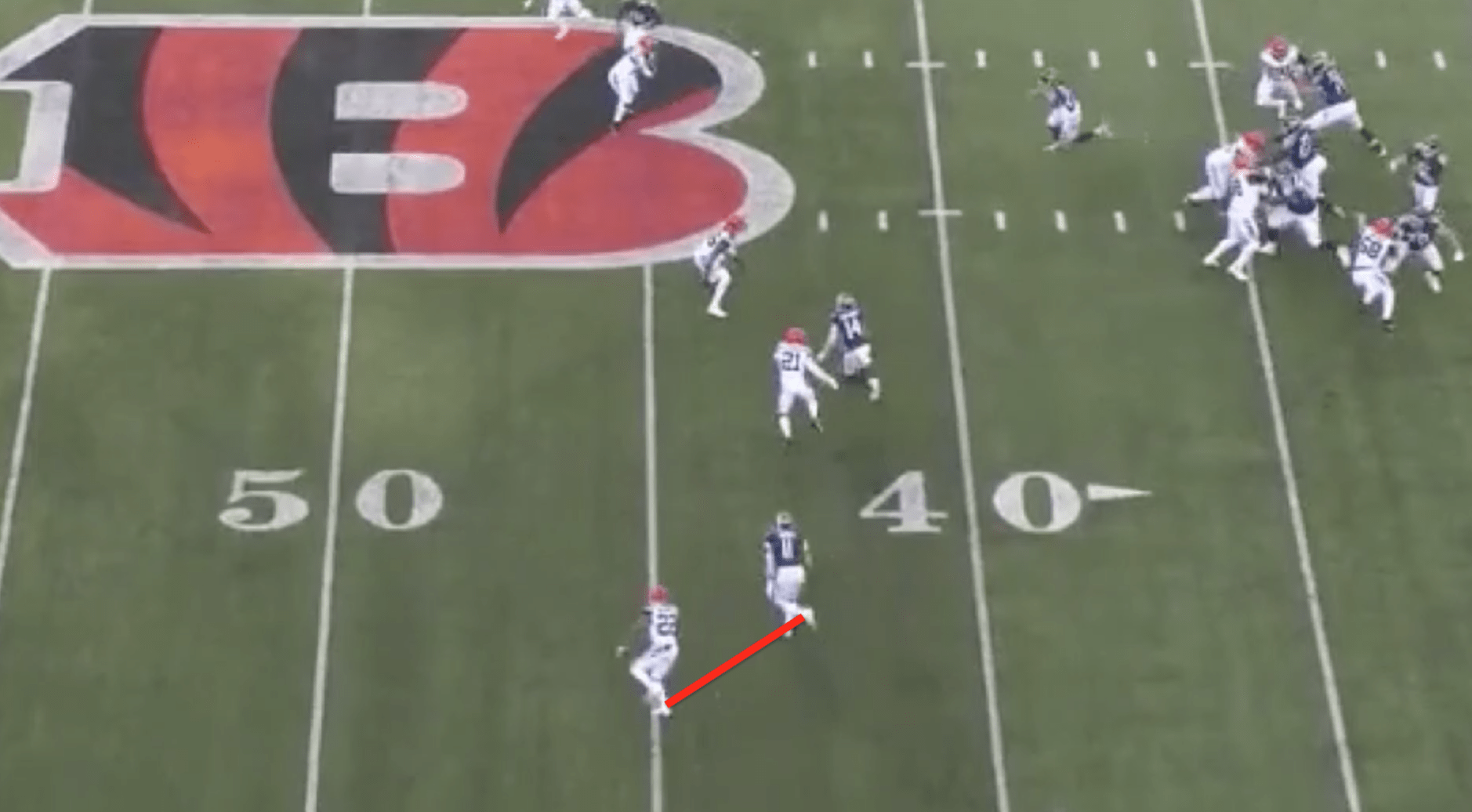 Next, Brown is also becoming much more effective on his release in manipulating leverage and setting up his routes in order to beat man coverage. He is now synchronizing his hand usage with his footwork on his releases more consistently. This allows him to get into his routes as quickly as possible and become a target for the quarterback. A wide receiver’s release essentially sets up the rest of the route and dictates how much separation they can get.

For example on this next play, Rock Ya-Sin is shading Brown to the outside. In order to gain that outside leverage, Brown uses a stretch release where he jabs in with his inside foot before bursting back outside.