Major League Soccer packed two weeks of action into one, with a double gameweek technically counting as weeks nine and ten. While we didn’t publish a full breakdown of Week 9 action, an abbreviated version of our rankings can be found on Twitter.

These power rankings aren’t subjective, but use a stats-based model for each team to get a more in-depth look at where clubs actually stand. The model weighs points per game and strength of schedule heavily, and also factors in goal difference and expected goal difference to show not just how teams have done in the table, but how they’ve played on the field.

Not as much change this time as in past weeks, with the majority of the rankings holding steady. LAFC jump up six slots despite a 2-1 loss to Sporting KC. Despite a poor performance in the table and an even goal difference, they’ve been rather unlucky. They’ve created 15.12 xG and conceded just 8.82, which sways the model in their favor. It also should bode well for the rest of their season – if they continue to create and defend at a similar level, points should follow.

Portland and Minnesota both changed significantly after their match, though in opposite directions. Portland drop five spots after their 1-0 loss at home, while the win pushes the Loons up three places into 15th. FC Dallas got a much-needed win over New England, moving them up into 20th place, and Toronto drops down into 24th after a 2-0 loss to Cincinnati in which they were outshot 10-3. A 3-3 draw with Philadelphia improved Chicago’s overall tally, but wasn’t enough to move them out of the basement.

After 10 weeks, we have generally have a large enough sample size to begin publishing our projected standings. These projections are created by taking each sides home and away form and factoring them out across their remaining matches.

These projections will change significantly over the course of the season, particularly for teams like Austin FC, who have played just twice at home thus far. And they’re not a concrete attempt to predict the final table, but rather to show each team’s trajectory based on current form. 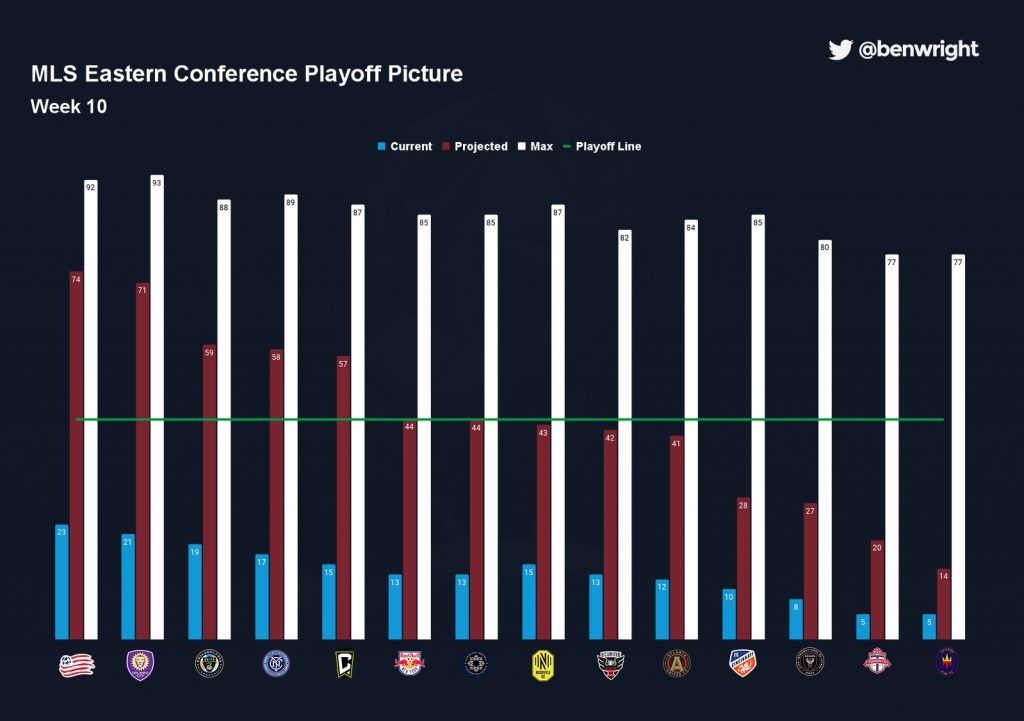 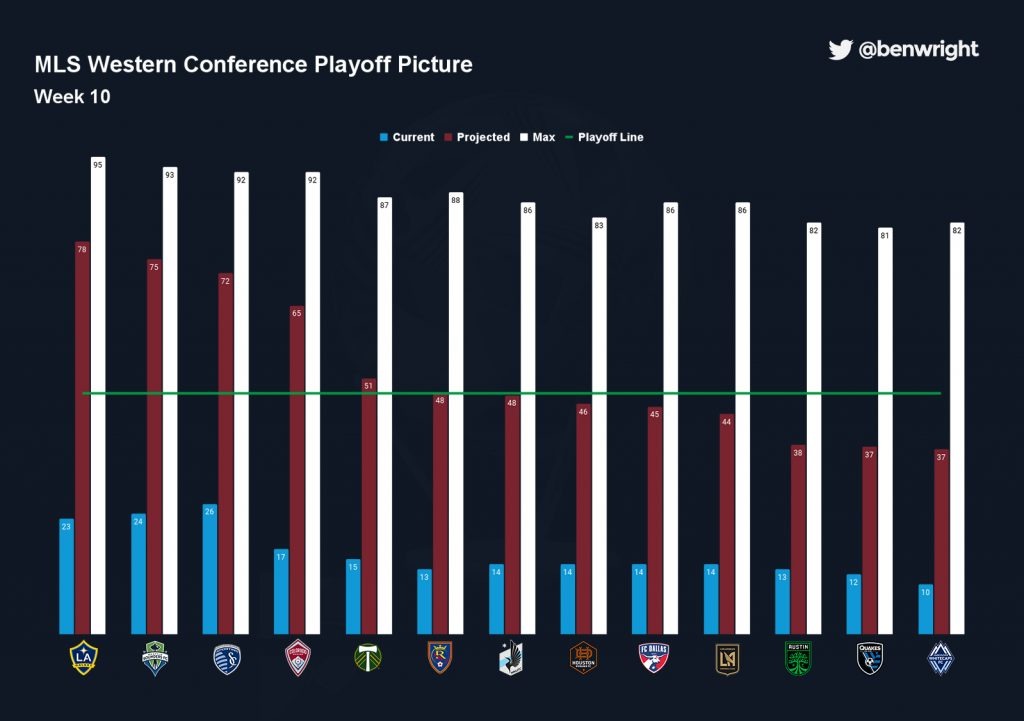 We’ll be back after next week’s action with more breakdowns. Shout out to American Soccer Analysis for their informative and free(!!) data.